Vikings Luxury Buffet is one of the things I really miss when I moved to Cebu from Manila because they offer an affordable rate with a dozen of stations that present various cuisines. Surprisingly, a Vikings outlet will set to open in SM Cebu within the year. For now, Vikings Luxury Buffet SM Lanang is a great alternative. 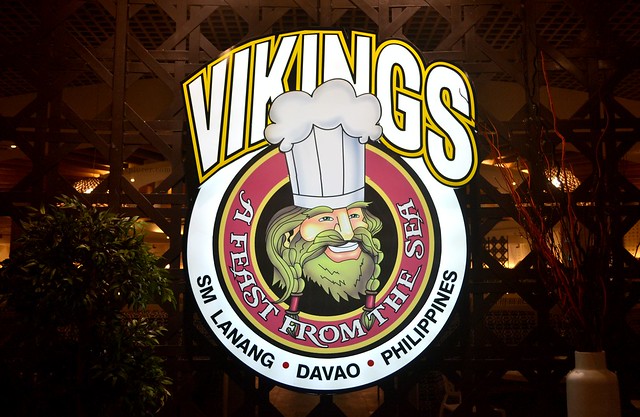 For the Davao Food Appreciation Tour 2015, I pust a stop for this longing as they let us experience the buffet spread of Vikings in SM Lanang. The ambiance of the place is similar to their branches in Manila but the native touch on the lighting fixtures made them a stand-out. 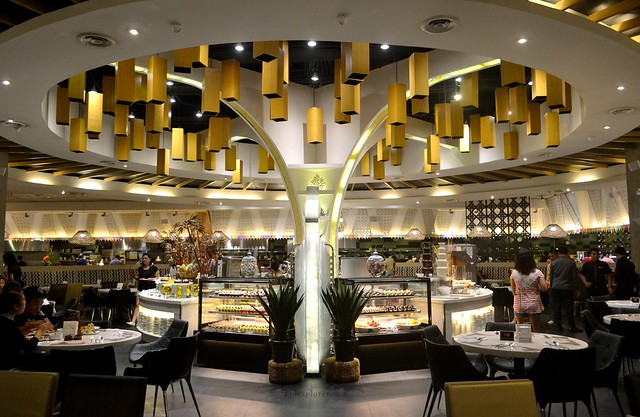 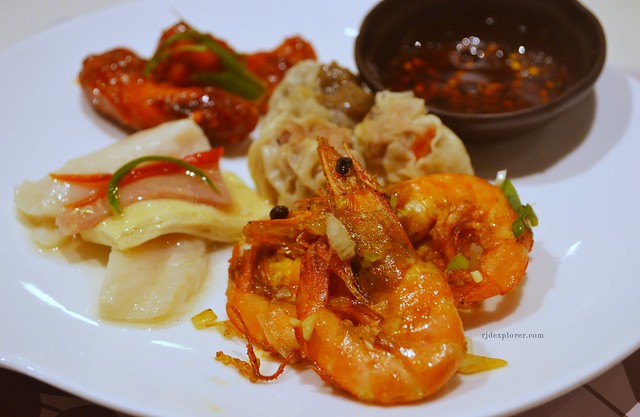 Carving Station is one of the stations being flocked by diners. For my second round, I managed to fall in line and requested a medium rare Flat Iron Steak. I also got a scoop of mashed potato and drizzled the meat with Truffle Sauce. I was satisfied to have it medium rare as the meat was really tender and flavorful with the sauce. 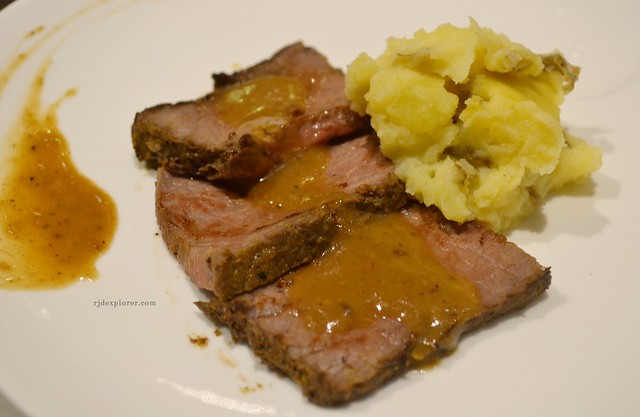 From steaks, I went Italian with a plate of pizzas and pasta. I prefer penne so I loaded my plate with Penne Arrabiata Pasta with my Cheese Burger and Carbonara Pizza. Isn’t it cool that the pizza flavors were comfort foods on their own? 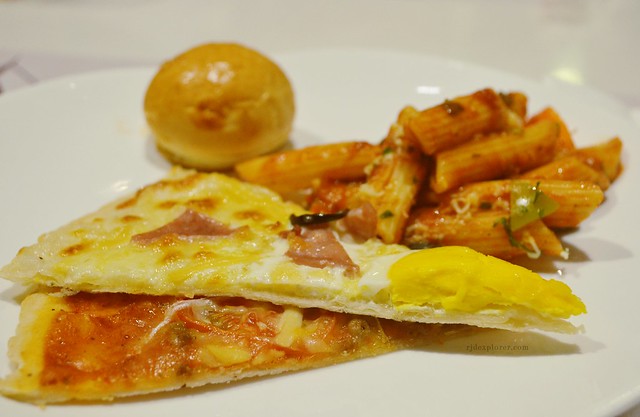 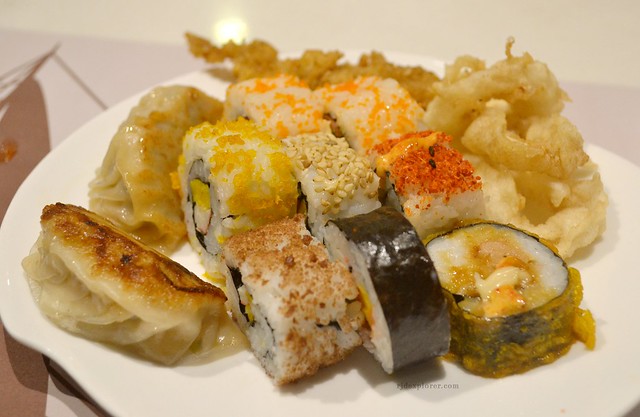 Dessert is always the last. A roundabout was dedicated for desserts, and there were a lot, seriously. They have jello, pannacotta, cake and cheesecakes, chocolate balls, halo-halo, native delicacies such as puto and puto bungbong, crepe, ice cream, sundae, and chocolate fondue. The nearby section has the greens for the salad, some cold cuts and cheeses, and nuts. 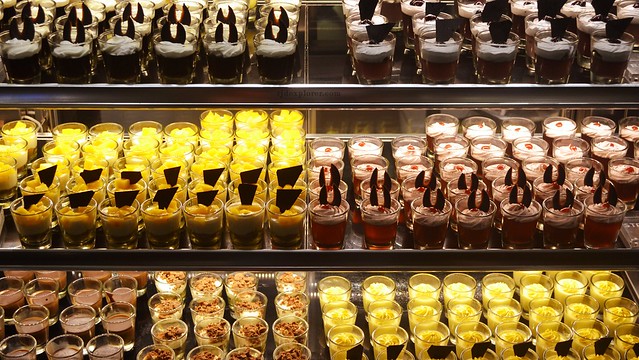 For dessert, after minutes of going around and checking everything, I surrendered to Blueberry Jello, Peach Crepe with Strawberry Ice Cream, Strawberry Cheesecake, Corn Panna Cotta, and Chocolate Rum Ball.

For quenchers are Pink Guava and Cucumber Lemonade, Watermelon Agua Fresca (signature drink), Four Season, and Tamarind Juice. There is also a draft beer for free. Wines are not included in the buffet rate but you can still add from a wide array of wines available. 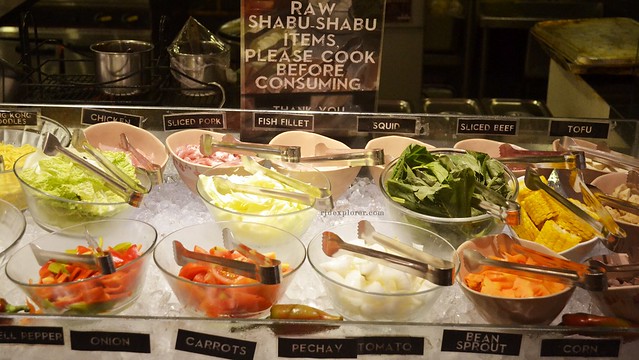 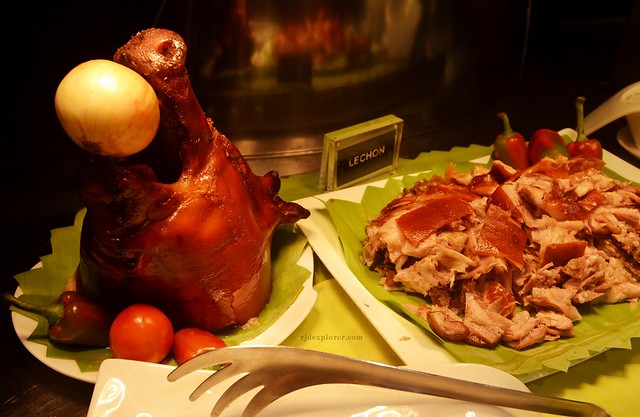 The other stations have their own staples like Lechon for the Fil-Asian section, and Chicken Satay on the Grill Station. Samgyeopsal was not offered though but still they have other Korean food options. For hotpots, the Shabu-Shabu part has a lot to offer from chicken, pork, fish, squid, and the freshly sliced vegetables. 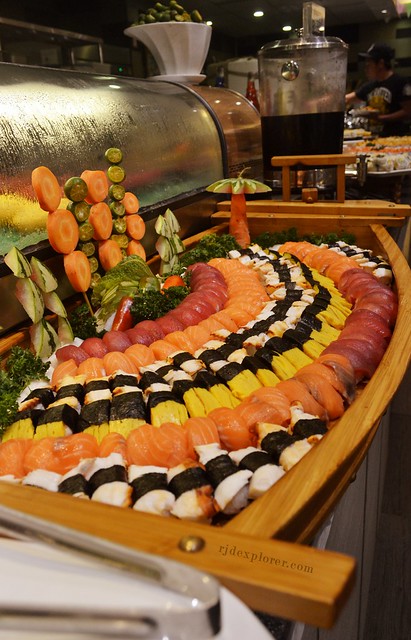 Dining in Vikings Luxury Buffet really has the like-a-boss feeling because of the presence of the major cuisines one can think of. But remember, buffets are not only for series of food sampling, it’s also a great venue for conversations with families and friends in between meals for you to avoid a food coma experience.

Special thanks to Air Asia for flying us to Davao from Cebu. For domestic and international flights, visit their website at http://www.airasia.com/ph. For more DFAT posts, click here.