Twenty-thirteen turned out to be a great year of travels because I planned for it. It was my benchmark for 2014 yet I wasn’t able to surpass the standards I set. I’ve visited 22 provinces last year but only 10 new provinces were added this year, not even half. Nonetheless, this year is another terrific one on my travel journal.

January was not on my travel calendar as I had no out of towns due to stuff at work. I filed my resignation on my almost 3-year job and some errands on the transition made me busy and the idea of having a trip was offloaded on my priorities. 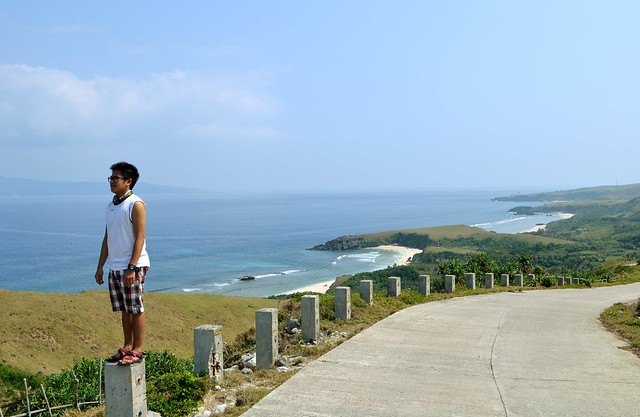 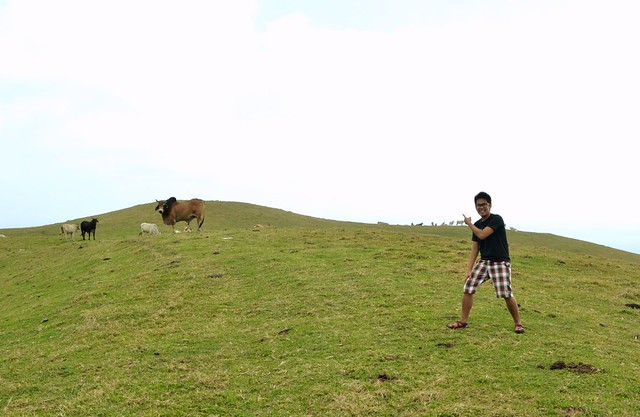 The following month, the Batanes trip was realized. It never crossed my mind to visit the northernmost province of the Philippines as early as this year, thanks to PAL’s promo fare to Basco. Going down the tarmac of Basco Airport was an ecstatic moment, for finally living the Batanes dream. The trip served as a time for me to reflect on things in life and also gave me a chance to set some goals to work on. The land of the Ivatans is indeed paradise at any angle. 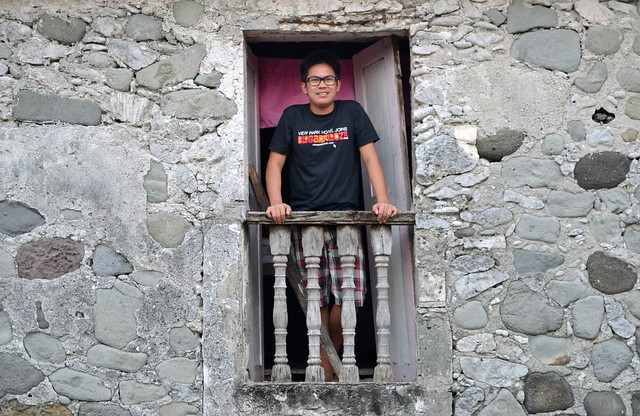 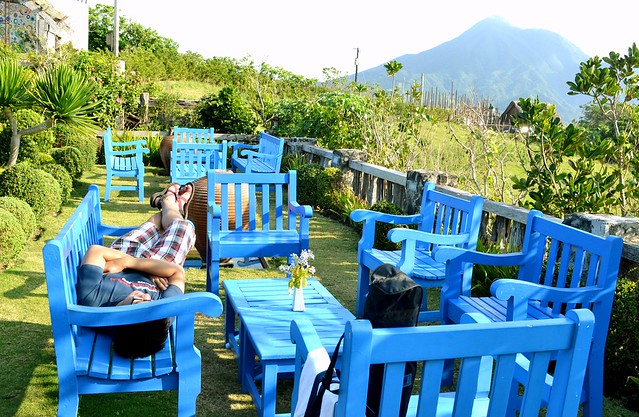 Old house in Sabtang where we spent an overnight. Right, cute chairs in Fundacion Pacita.

Unemployed, I regularly travel to Manila to settle some documents on the previous employer. One day, I got an invite for a 5-day familiarization tour in the province of Antique. Thanks to a roundtrip airfare I won from an online contest, I satisfied my travel lust, for free. But before the Antique tour, I visited Capiz for a day.

Antique is a province that is slowly creating its own mark on the tourism map. It’s one of the provinces that usually left out but proved that it has a lot to offer from history, heritage, natural attractions such as waterfalls, springs, pristine beaches, and adventure activities like white water kayaking and the exciting hot bath in a large cauldron (kawa).

Sleeping on a steel chair outside Kalibo Airport, I’ve waited for my flight back to Manila to join the Tara Quin Tarlac organized by Microtel Luisita in the last 3 days of February. Aside from the touristy Mount Pinatubo, we experienced a culinary tour in the city loop, a historical tour to Capas Shrine, Aquino Center, and Aquino Ancestral House. 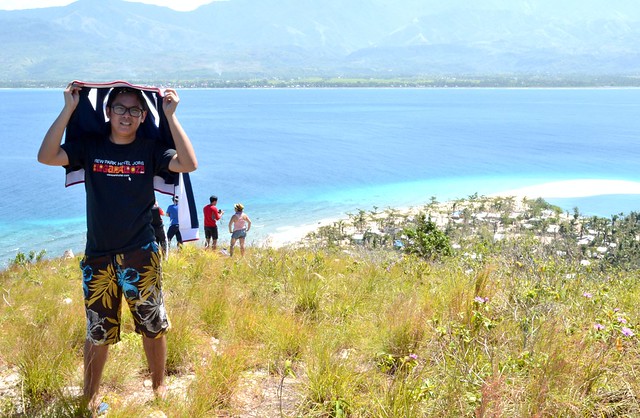 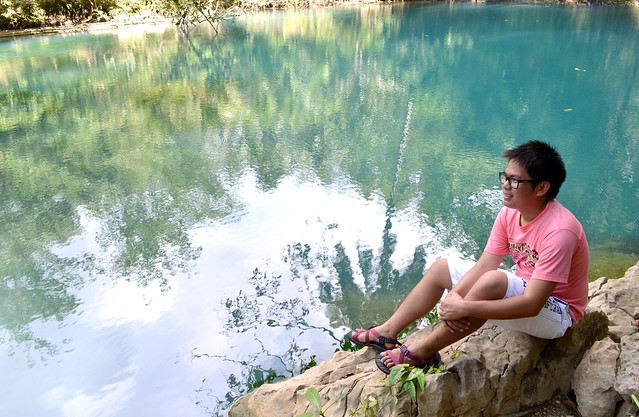 Photos from Antique: On top of the hill in Malalison Island and the head spring of Bugang River.

Most days of March were spent catching up with the tons of blog posts I needed to deliver. Luckily, I caught up and the opportunity of joining the Nueva Ecija Familiarization Tour organized by Microtel Cabanatuan was inserted on my trip list. Highlights of the trip were a day of delish food on known restaurants, visit to production sites of local products like slippers, longganisa (local sausage), and ice cream. We also had a short tour in Philippine Carabao Center, sampling of Tilapia Ice Cream in CLSU, and nature trip to Minalungao National Park and Gabaldon Falls.

The following weekend, together with Chino of www.juanderfulpinoy.com and Elal www.elaljanelasola.com, I found myself in the Summer Siren Festival held in Zambales enjoying the games, fire dance performances, and grooving to the music spun by top DJ’s in the country. 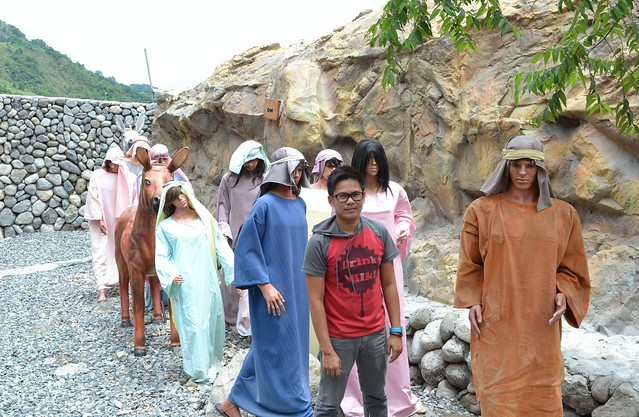 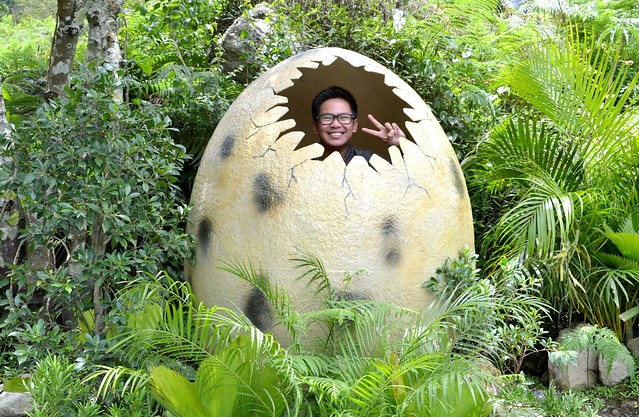 Staying in Pangasinan gave me the chance to attend the Festivals of the North during the Bangus Festival, trek to Maranum Falls in the town of Natividad, and explore other towns of La Union; San Juan and Luna. For June, I revisited Baguio City and discovered the attractions off the tourist route: Cemetery of Negativism, Bell House and Amphitheater, Taoist Temple, and sample some food from new and unique restaurants in the city.

After being hired by a new company, I flew to Cebu mid-June and started working in the Visayas. Being based in Cebu made me visit Simala Church, had an island hopping activity in the islands off Mactan, and trailing the history on the heritage route of the city.

Bohol is two hours from Cebu by sea and it was hard to decline an offer to stay in one of the luxury resorts in Panglao, Bluewater Resorts. We also dropped by the Chocolate Hills Adventure Park to try the The Rush, the thrilling “biking in the sky” activity. For a weekend, we were royals relaxing in the well-designed rooms of the resort, lounging in the poolside, and sampling the delectable cuisines being served in their in-house restaurant. 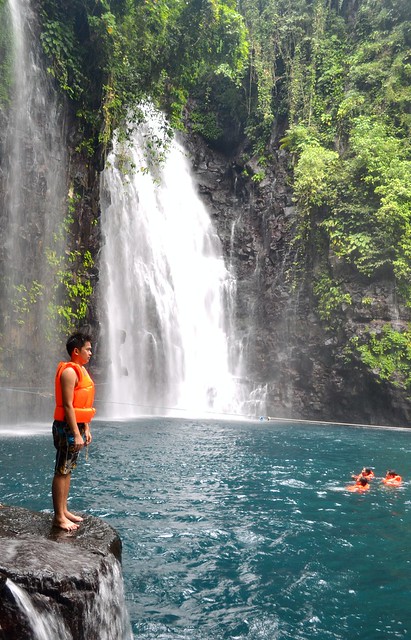 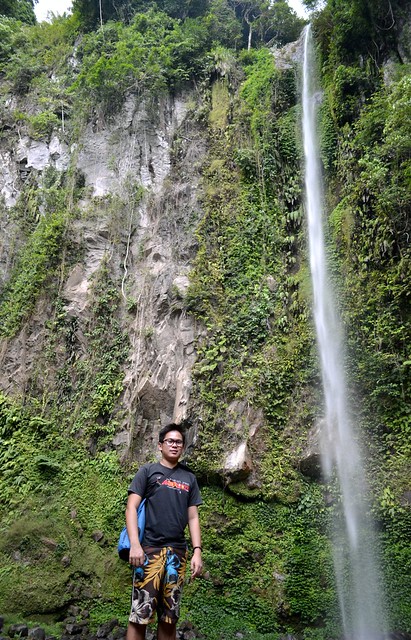 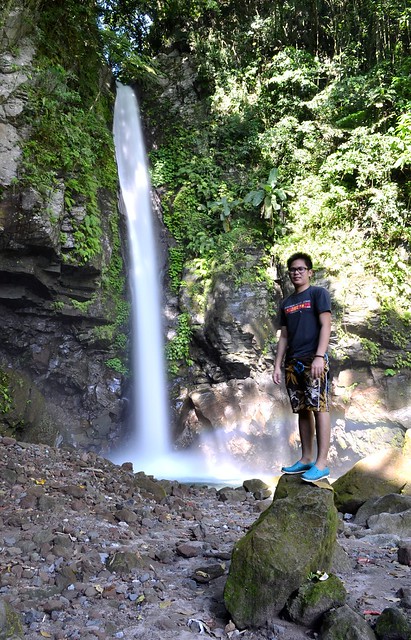 Two weeks after, I found myself inside a propeller plane hovering over White Island in Camiguin and circumnavigating its provincial road. I didn’t let the opportunity to check out its natural attractions: waterfalls, springs, and marine sanctuaries.

Busy at work, I still managed to squeeze a trip during the month of October as we abruptly planned a weekend excursion to Malapascua Island in Northern Cebu. This is one of the perks of living in Cebu; a tourist destination is much accessible just by short travels.

I continued my Mindanao escapades by spending Thanksgiving in Surigao Del Norte, particularly in Siargao Island. A typhoon hit the region prior to my flight but it didn’t hinder my travel bug to bite: channeling the mangroves in Day-Asan, commuting to Magpupungko Rock Fromation and Tidal Pool, island hopping from Naked, Daku to Guyam Islands, and viewing surfers from the famous boardwalk in Cloud9.

The year was capped with a day tour to Danasan Eco Park in Danao City, Cebu. With the different adventure activities available like ATV Ride, trekking to the waterfalls, canyoneering, I chose to unwind and lounge by the pool. 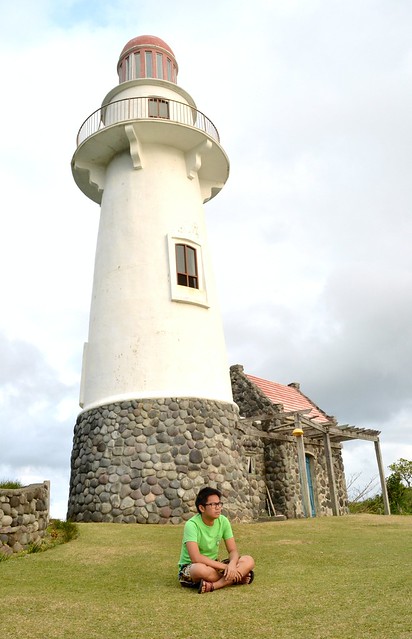 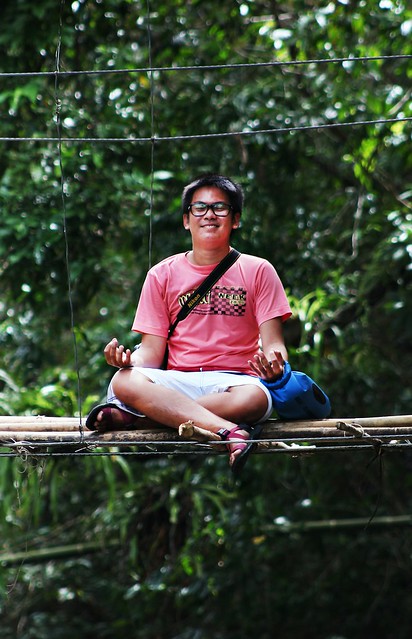 Basco Lighthouse and some random photo during the Bugang River tour in Antique.

Before the year ends, I’m in a peculiar state by looking back at those blissful times (and the not-so-good as well) I had with old and new acquaintances. The unplanned trips and events gave me unexpected moments that will be forever in my journal as a traveler. And my goal this 2015? International trip it is!