Travels of 2015 started on an early flight back to Cebu from a well spent holiday with the family in Pangasinan. Working in Cebu gave me the opportunity to explore more of the Visayas and Mindanao as airfares are cheaper and tourist destinations are more accessible from this part of the country. It was January and there were still no definite plans and travel targets for the year.

January is the busiest month in the Queen City of the South and it was my first time to experience the grandest festival in the country, Sinulog. A week prior to the grand parade, I witnessed the street-dancers for the Sinulog sa Kabataan echoing the energetic roars and beats of the drums. On a Friday night, I was able to see firsthand the faith of the people of Cebu towards their religion with a large crowd in Basilica Minore del Santo Niño singing praises and offering prayers to the Child Jesus. 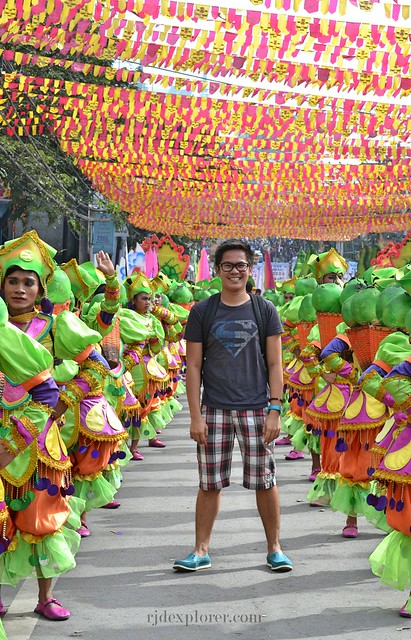 After the mass and processions, third Sunday of January marks the highlight of the event with a mardi-gras of street-dancers from different parts of the country showcasing their own colorful festivals. In addition is one of the most epic street parties I’ve ever attended. The whole stretch of a street in Mango Avenue was closed as festival goers partied like there’s no tomorrow. 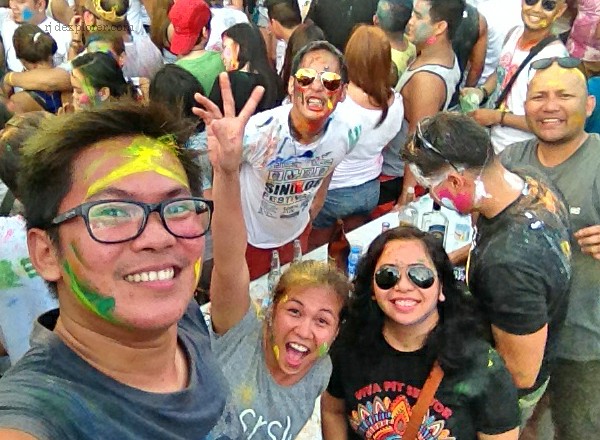 A week after a fun Sinulog Festival, I found myself in the most famous island in the country, Boracay, for the first time. The hesitations I had in visiting the overrated island were all disappeared during my trip where I enjoyed the laid-back atmosphere on the less crowded beaches of the island. Staying away from White Beach really had an impact on how I fell in love with Boracay. 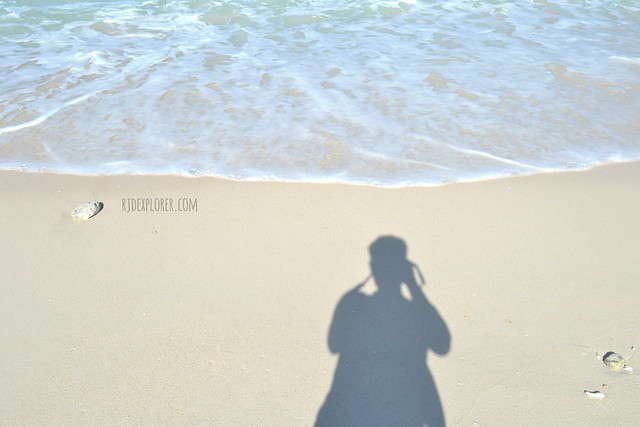 I’m not bitter with Valentine’s Day but my solo travel to Davao City made to the top of the list for friends to tease me on this context. The trip introduced me to this famous city in Mindanao. After being shocked at the Davao Airport for the guard asking for my surname, the entire stay was really fun by visiting places close to nature like the Philippine Eagle Center and Monfort Bat Cave Sanctuary, to museums like the Museo Dabawenyo and D Bone Collector Museum, and trying the wide food scene of the city. 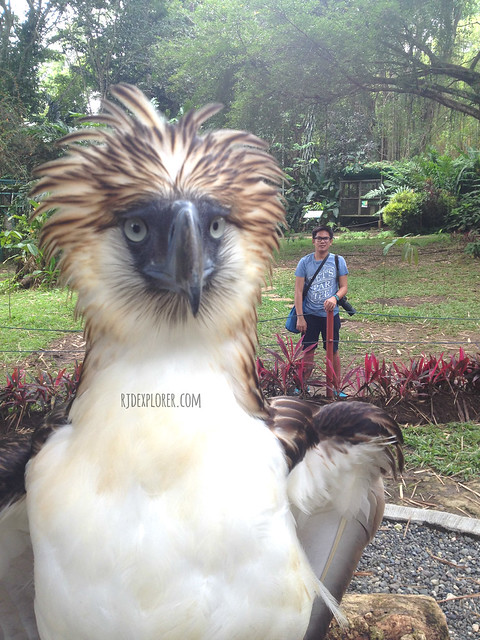 Another reward of living in Cebu City is the availability of numerous destinations. Before February ended, our group scheduled a day tour to Pandanon Island in Bohol via Cordova, Cebu. The boat travel wasn’t that rough and after several hours, we were enjoying the fine sands on the sandbar of the island. A short getaway to break the workaholics inside us. 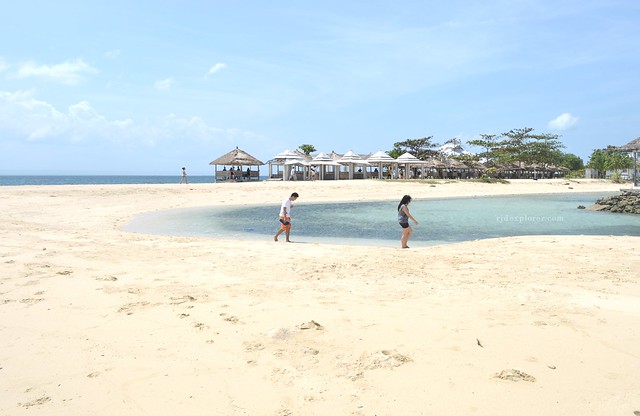 With the goal of swimming with the sea turtles in Apo Island, we sacrificed some hours of sleep from work to Lilo-an Port in Santander, Cebu to cross to Dumaguete City. After surviving the large waves onboard small fishing boats, we arrived in the pebbly coastline of Apo Island. Tour guides did a brief introduction of the activities on the destination and also discussed the do’s and dont’s. Few minutes later, you can already hear members of the group yelling that they’ve spotted a turtle underneath them. It was indeed a cool experience! A sidetrip to Twin Lakes in Sibulan required everyone to experience a habal-habal ride for more than 45minutes. 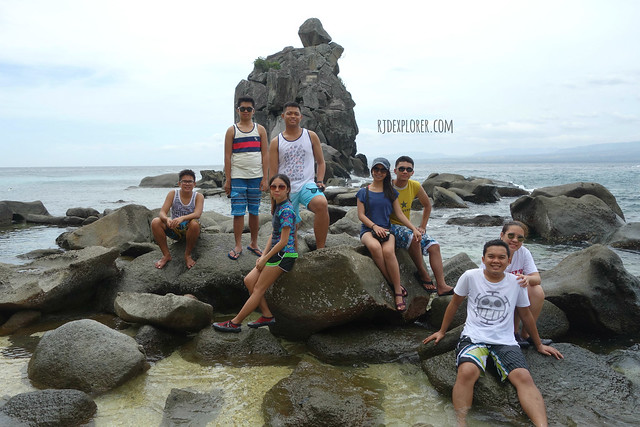 When friends in Manila knew I’m visiting Luzon, they decided to kidnap me and go to Baler to try surfing. They were really good in finding my sweet spot as I was eager to learn surfing. At 2 in the morning on a Saturday, fresh from the airport, I joined them in a van and found myself having a road-trip from Manila to the north-east coast of the Philippines. 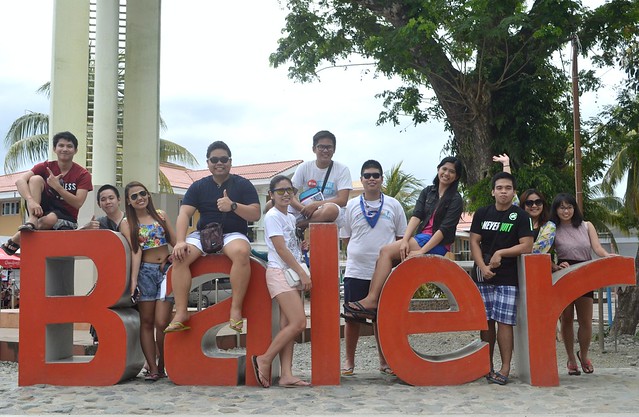 Baler, Aurora is famous for surfing and some historical and natural tourist attractions. With me in charged with the itinerary, it was a bit jam-packed. The weekend trip was crowded with a walking tour on historical spots of Baler to Ditumabo Falls, Dicasalarin Cove, destinations in Daguisit, Balete Tree, and of course, surfing sessions. 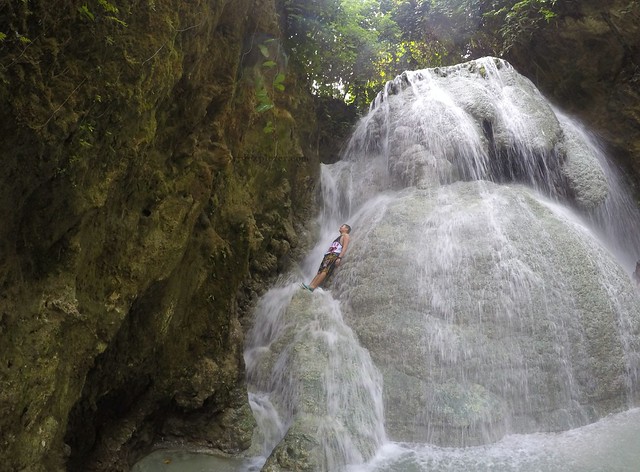 The rest of March and few weeks of April were so boring with the work-house routine and malls during weekends. To stop the dreary weekends, I stuffed my backpack on a Friday and went directly to South Bus Terminal from work. My plan on that summer weekend was to hop from one falls to another in the south-western part of Cebu. This activity allowed me to document Aguinid and Binalayan Falls (Samboan), Inambakan, Kampael, and Bugnawan Falls (Ginatilan), Kawasan Falls (Badian), and Mantayupan Falls (Barili). I found myself sleeping in a regular bus back to Cebu City after a tiring day of discovering some of the wonderful waterfalls of Cebu. 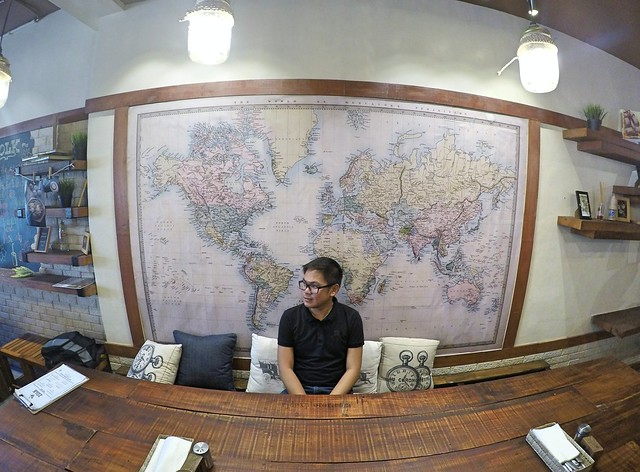 We continued chasing waterfalls in Cebu the next weekend by riding a habal-habal to Tumalog Falls in Oslob. This led us to uncovering the history of this Cebu town. We needed some luxury and an overnight stay in Bluewater Sumilon Island Resort definitely was the greatest reward for ourselves. For a weekend, we splurged on cozy rooms, delish food, and amazing view. 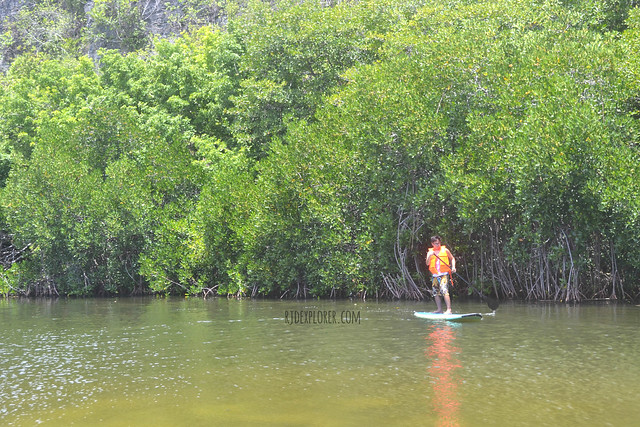 Being shortlisted for the second time in the most famous food appreciation tour in the country, Davao FAT, I promised to attend the event as I wasn’t able to join the first time I showed my interest. For 3 days, we filled our tummies with appetizing and scrumptious food on some famous restaurants and food places in the city. A 4-course meal in Marco Polo Davao was very memorable as they let us savor intricately prepared appetizers, salad, entrees, and desserts. 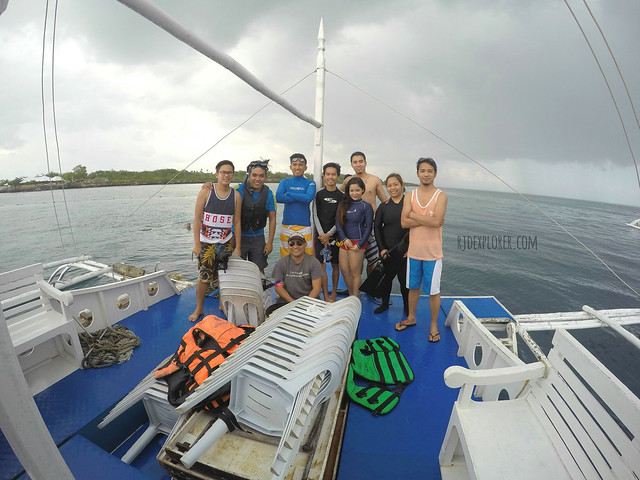 Summer in Cebu continued when a group of blogger-friends decided to spend a weekend in Mactan Island; to experience the world-class resorts and do island hopping in the nearby islands. Aside from this goal, we also had a feast of Filipino cuisine in Golden Cowrie, a wine night in Planet Grapes, and a chance to enjoy lechon Cebu in Cebu’s Original Lechon Belly. 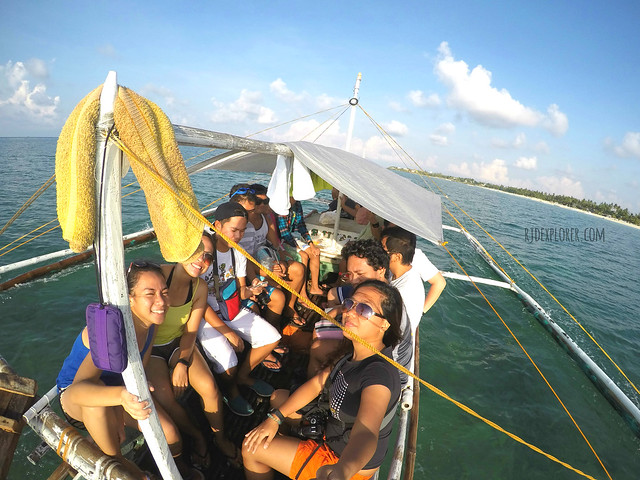 Bantayan Island is a great escape from the busy city. Negotiations with the group happened as we initially planned for Kalanggaman Island, then to Camotes Islands, that finally brought us to the northern part of Cebu. If by chance you’re in Cebu and beach bumming is on top of your list, Bantayan Island won’t disappoint. Some mishaps happened during the visit in Virgin Island but we managed to convert the experience from negative to a positive one, too long to elaborate. 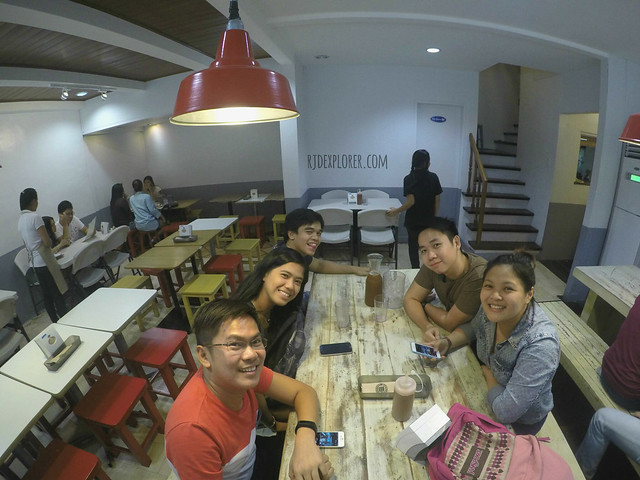 Few years ago, my friends in Manila and I had a food tripping event in Maginhawa Street in Quezon City. The group was able to schedule another epic food trip this year, not in Quezon City but in the new food hub in Manila, Kapitolyo in Pasig. We prepared an eat-tinerary for that weekend for us to try different food places in the area: breakfast meals in Milky and Sunny, cakes in Lia’s Cakes in Season, comfort food in Mad Mark’s Creamery, and Silantro. The next day, we moved to Maginhawa Street and found ourselves in a newly opened Harry Potter inspired restaurant.

Summer continued in August as I made my way back to Boracay Island. I was blessed by a great weather yet still unfortunate to see a spectacular sunset. Instead of availing some sports activities, I shifted my budget for my food and with the help of My Boracay Guide’s discount card, I tried some restaurants with one main goal, to create a Boracay Food Guide. One thing I had on the second visit that I didn’t do on the first was to swim in the clear waters of Boracay. 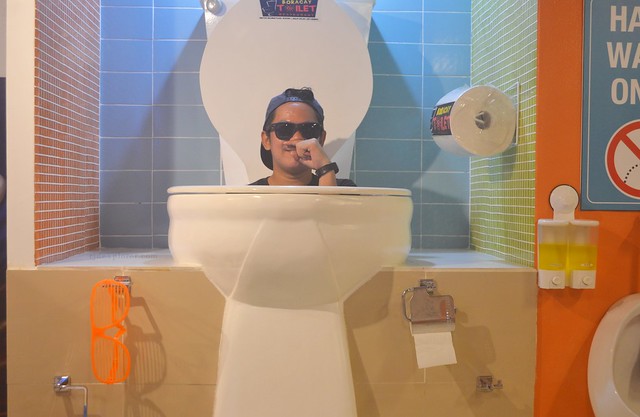 Travel hiatus happened from mid-August to mid-November after I decided not to continue my booked tickets to Caticlan (to visit Romblon) and General Santos (for Lake Sebu). Staycations on some hotels in the city were my quick remedy.

My travel break ended when I returned to Palawan after 3 years. It was in 2012 when I made a visit to Palawan and that trip ignited the traveler in me. Unlike my previous visit, this trip was focused in discovering and enjoying every destination of El Nido. I availed the night bus to El Nido and found myself in this quaint town of Palawan early in the morning. 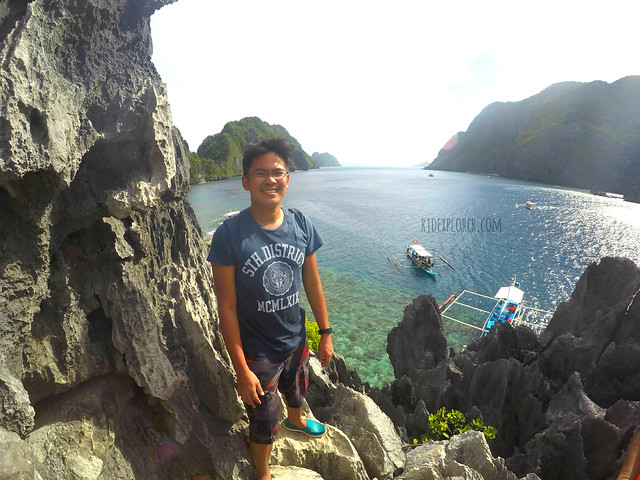 After leaving my things in a hostel, I started exploring El Nido from the beaches of Nacpan and Calitang and mesmerizing sunsets in Marimegmeg Beach. The escape continued by a risky morning climb to Taraw Cliff providing a remarkable view of sunrise with the whole town on the background. The next days left were spent hopping from some of El Nido’s famous islands, caves, lagoons, beaches, sandbars, and snorkeling sites. 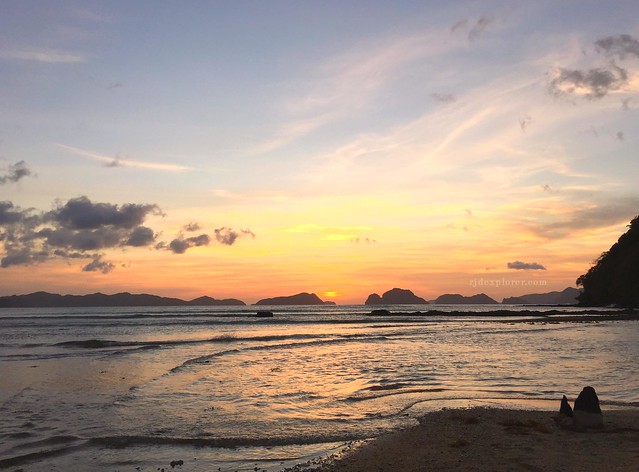 Weekends of December were reserved for company events and Christmas parties and the month also served as a pause to remember all travels moments and memories of the year: weekend trips with amazing friends, spectacular sunsets, strangers met on the road, superb foods tried, and life goals and self-reflections I had during my lone time. I didn’t consider 2015 as a year full of travels due to some plans that weren’t pushed through and travel targets weren’t achieved. Despite those instances, 2015 was a wonderful year of lesser yet meaningful trips.