Boredom usually strikes on weekends especially if travelers like us have no booked flights or new destinations to uncover. On moments like these, there’s a great chance that our group will be out there searching for some cafes to eat and hangout. On a Saturday evening, when everybody was about to call it a day, a friend had this idea of having a food trip in Banilad, Cebu City. The tentative rendezvous; time and first restaurant, was announced. 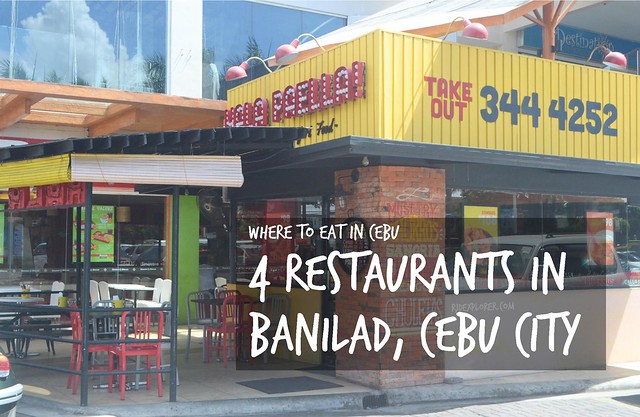 At 7AM, a rare Sunday for me, I was already on my way to our first stop, Abaca Baking Company located in Crossroads. It was a food tour and we should’ve had an itinerary, ‘eat-tinerary’ would be more appropriate, but the group decided not to and the plan was to randomly pick a place and hop to the next. Despite having the first stop, we were still clueless as to where to go next.

Numerous breads and pastries, with most I wasn’t able to identify, dominated the display counter of the bakeshop. Groups from Sunday morning jogs occupied the few tables near the counter. I immediately checked what was available for us but I met with the group first, by that time seated on the upper floor of the bakeshop. Abaca Baking Company is a coffee shop slash bakery and its upper deck has this homey vibe that will remind you of your regular breakfasts in the comforts of your abode. 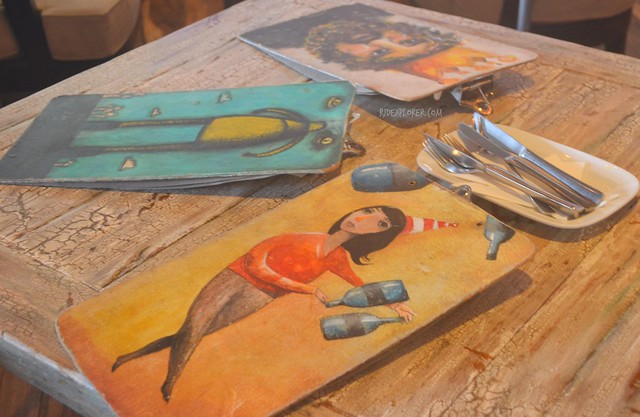 ABC’s menu, apart from having the all-day breakfast options, and list of salads and soups to try, is actually a work of art with the other side of the clipboard converted into a painting. Given that it will be our first meal to kick off the day, coffee was the default order we provided to the ever-smiling crew. One thing to note, the brewed coffee is bottomless from 7 – 10AM, super great right? 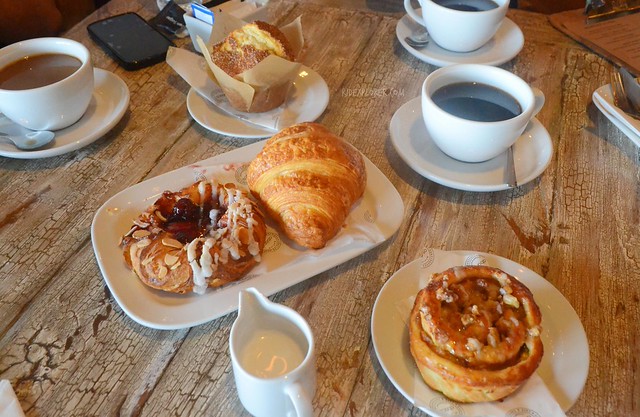 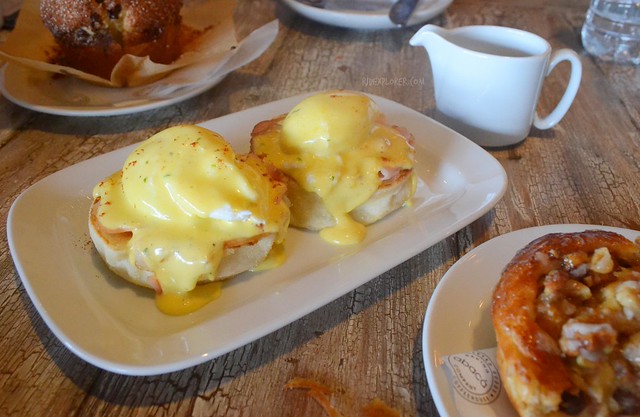 From the freshly baked bread and pastries, we got Dark Cherry Danish, Butter Croissant, Apple Banana Buns, a muffin, and added Bakery Benedict, their own take on the famous egg benedicts. Croissant was flaky outside yet soft inside with flavor of butter and a subtle hint of salt. Similar to the croissant, the Danish was crusty with its sweetness heightened by the dark cherries. I also like the Apple Banana roll with a tinge of cinnamon. Bakery Benedict is a bit pricey but it will entitle you two perfectly poached eggs on ham and muffin, generously covered with the lemon-y hollandaise sauce.

From Crossroads, we hopped on a jeepney bound to Talamban and dropped by Banilad Town Center. We agreed to have an early lunch in Hala Paella, a small and affordable place to avail Spanish cuisines. On our visit, they have four versions of paella: chorizo, negra, lechon paksiw, and valenciana. For us to sample all the variants, we had solo servings for each. Solo is only good for one but you have two more options like grande and familia. Solo ranges from Php98 to 140, more than Php200 for the grande, and above Php400 for the familia sizes. 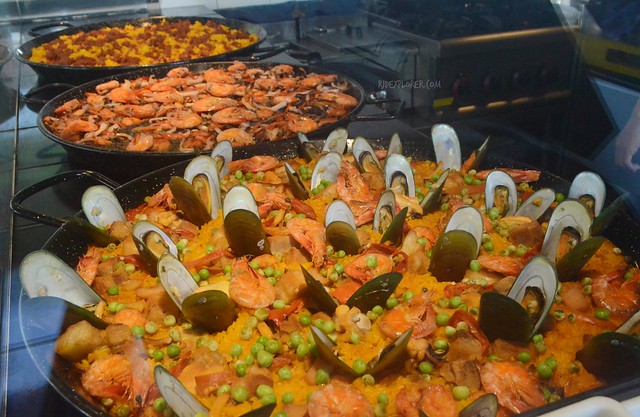 Meeting the serving size, the Valenciana we got only has a shrimp and a mussel, a shrimp covered with mayo for the Negra, and 3-4 small chunks of lechon for the lechon paksiw. The rice flavors for the three variants (except negra) seemed to be similar and for you to differentiate, you need to rely solely on the toppings and the ingredients. Paella Negra is good except for the mayo which I don’t like. 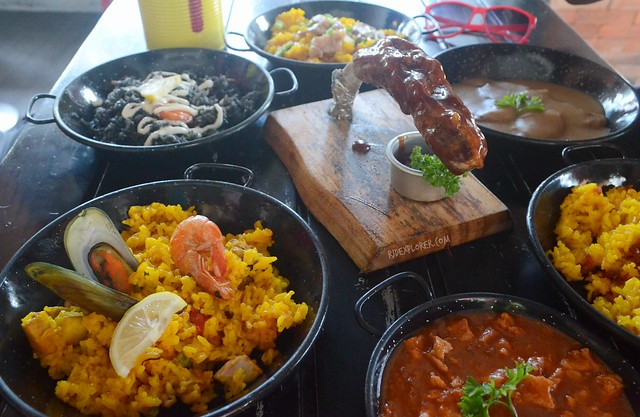 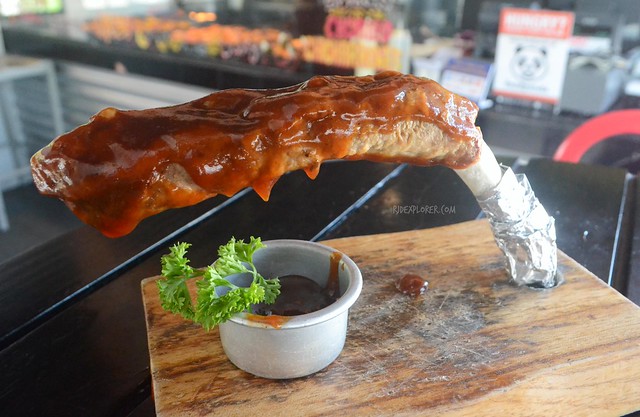 To balance our meal, aside from availing the rice meals, we also ordered main courses like callos, lengua, and chuletas. Callos was not for me but the tenderness of the lengua got me as well as their unique way of serving the chuleta. Hala Paella is indeed a nice place to savor some Spanish dishes but the Banilad Town Center branch has only few tables for their customers and the air-conditioning unit not properly ventilating the dining hall inside.

A white block structure, dispersing the intense light from the sun, is perfectly located on the neatly manicured lawn of Oakridge Business Park. 10 Dove Street Confectionery trended last year during its opening as it gave away tickets for first few customers that entitled them for a 10-week supply of cakes, imagine that! 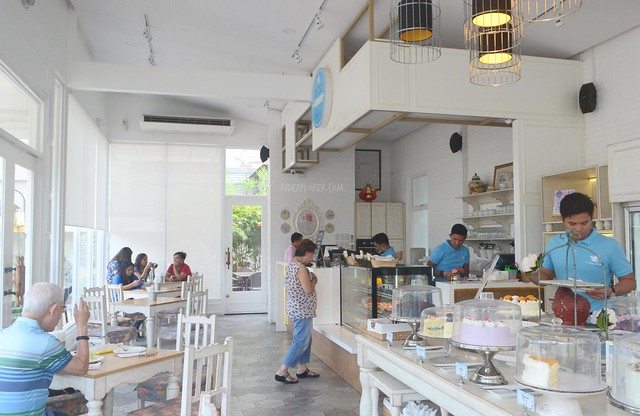 My expectations were high as we made our way inside the cozy and artsy café. A table on the right side had the most “eye-gasmic” desserts I’ve seen on that day. Apart from that, the chiller on the counter enclosed some cheesecake bars, brownie bars, crispy peanut butter, red velvet cupcake, banoffee pie, desserts such as mango sago pandan, and crème Brulee. 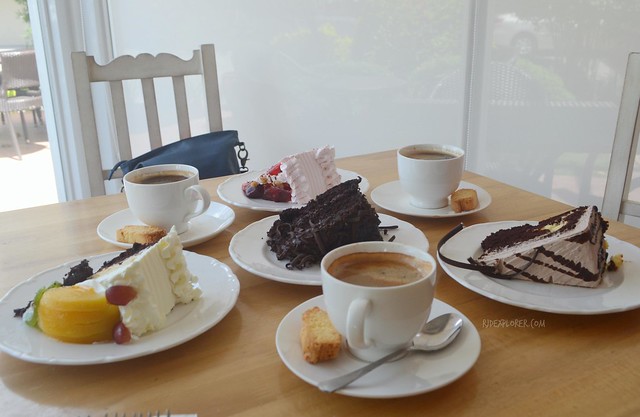 The cakes were really appealing but the way the crew served it, slices of cakes on its side, resulted in some of the toppings falling off. Overall, the cakes didn’t offer too much happiness for us that we weren’t able to consume all of it, not that we were full, but the quality of cakes wasn’t so good.

With our short visit to Rustan’s, the group was already contented and firmed to end the food trip with the 3 restaurants we tried. But our determination and convincing powers led Brennan of Baktin Corporation treating us for a Portobello Blue Cheese Burger in Big Tom’s.

A burger was indeed a perfect food to end an almost carbo-packed itinerary we had the entire morning to noon. Cool and hip were the words I used to describe the burger joint’s interior: walls resemble a container van where some of their bestseller burgers were etched. On a blackboard overhead the counter, colored chalks were utilized to expose more than a dozen of burgers they offer. 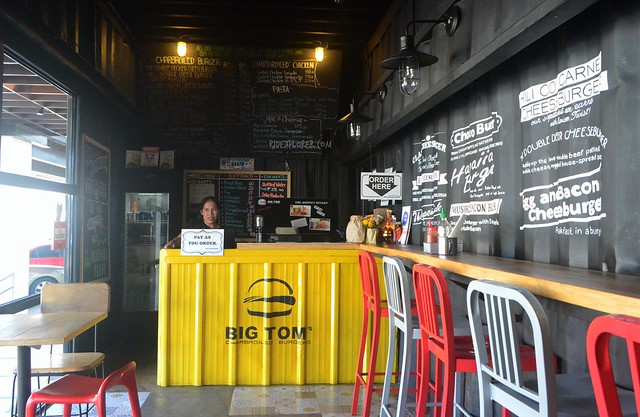 We loved the menus but since Brennan volunteered to pay for our order, we let him picked for the best burger to try. Here’s a tip from the guy, the Portobello Blue Cheese Burger is not on Big Tom’s menu. When asked why, because there’s limited availability of some of its ingredients.

The humongous burger, with a knife stuck in its center, was served with fries. We instantly inspected the layers between the buns: lettuce, juicy grilled beef patty, onions, and tomatoes were the visible elements. Within these layers were the Portobello mushrooms and the blue cheese. The ingredients resulted to a symphony of flavors that lasted for some time after every bite. 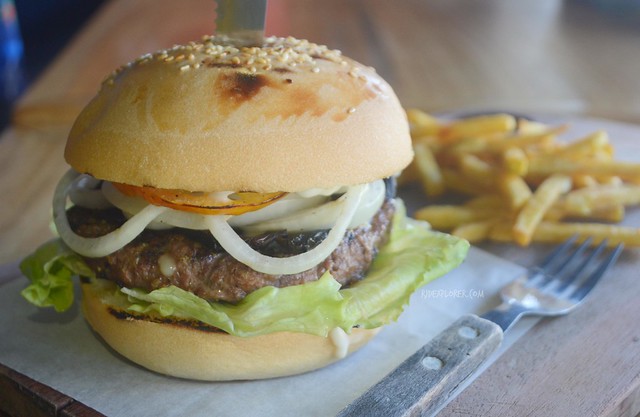 I lived in the area for almost a year but I haven’t had the chance trying out these restaurants. I was grateful that the impromptu Sunday food trip, which started from a Facebook chat group, was the only way for me to experience dining in this part of Cebu City. Munching on delish food while recalling happy and mishaps from our experiences in the past and sharing future travel plans is one of the things we enjoyed when in the city.