Philippine cities, Luzon to Mindanao, have their own share of local restaurants you can try that flare with their own dishes fused with other cuisine. Iligan City, Lanao Del Norte has also its set of restaurants from diners, dessert places, burger joints, and coffee houses.

After conquering the numerous waterfalls scattered around the vicinity of Iligan, food is the first thing you will seek when you return to the city proper. Here’s a list of five restaurants I have tried during my visit to the City of Majestic Waterfalls:

With its name that really signifies the notion of being a true Iliganon, serves an array of food choices from rice meals, noodles, appetizers (some are sizzlers), and pizza. But the house specialty is rendang: beef, fish and chicken. They have a note that the rendang being served has a “high level of spiciness”. 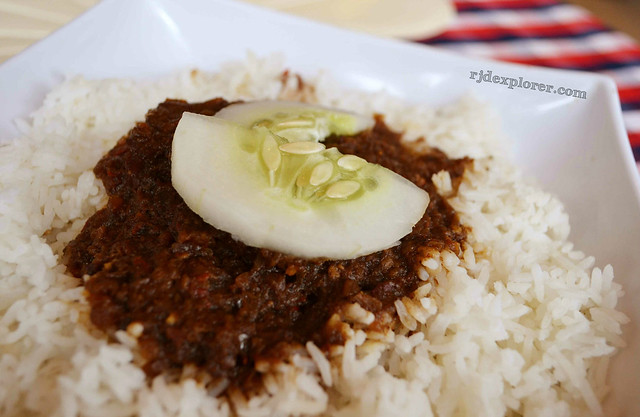 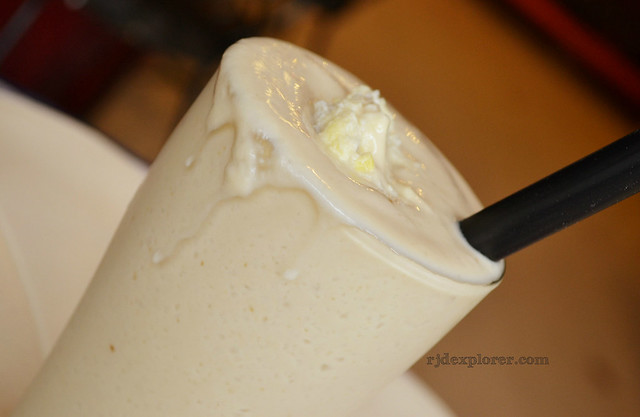 Beef Rendang (tastes better than it looks) and the creamy Durian Shake.

My order Beef Randang (Php 80) and Durian Shake (Php 110) came after a couple of minutes. The beef rendang was served on top of a hefty bowl of rice. The meal was really spicy that a spoonful of rice with just a small amount of the rendang gave me buckets of sweat. It was tasty but I was continuously wiping my sweat off as I munched on the meal. A sip from the creamy durian shake didn’t reduce the piquancy of the meal. Overall, it was a first good feast in Iligan City.

Thanks to a food chain for bringing the famous “chicken inasal” within the reach of every Filipino in any part of the country. Prior to that, Iliganon’s were already enjoying this meal in their locality courtesy of Tita Fannies Liempo and Chicken House.

Bestsellers include the chicken inasal in petso (thigh) and paa (legs) with the enticing unlimited rice offer, the liempo which was used in branding the food house and of course, the hefty Halo-Halo sa Buko. Forget the grilled chicken because you can have it anywhere but don’t ever skip their Liempo de Lechon, considered as the best one in Mindanao. The well seasoned liempo is being hyped the crunchy pork skin perfect for a spicy soy-vinegar sauce.

You can end your meal in Tita Fannies by having a serving of their Halo-Halo sa Buko, which is actually for sharing. The buko (coconut) shell was filled generously with gulaman, some beans, banana, coconut meat, topped with a scoop of ube ice cream, and sprinkled with rice crisps.

If 9PM is still too early for bedtime and by chance you still prefer to have small talks with friends, you can stay at Brew’s Almighty before midnight. When Lai of PinayTravelista mentioned about the name of the coffee house, I didn’t imagine that it was spelled as “brews” (certainly, because it is a coffee shop) because I just thought of the movie Bruce Almighty. 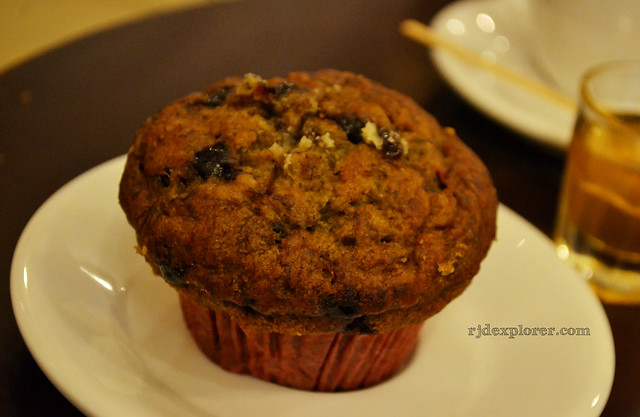 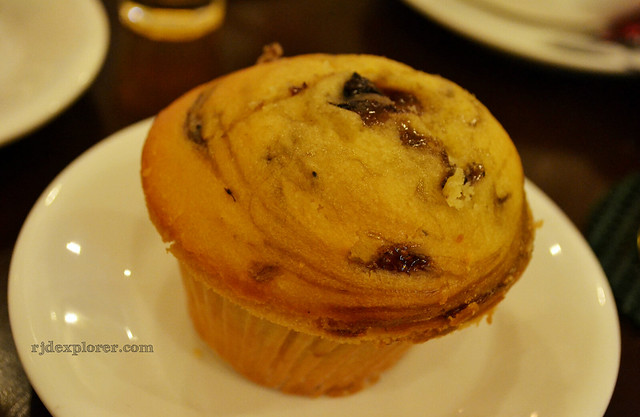 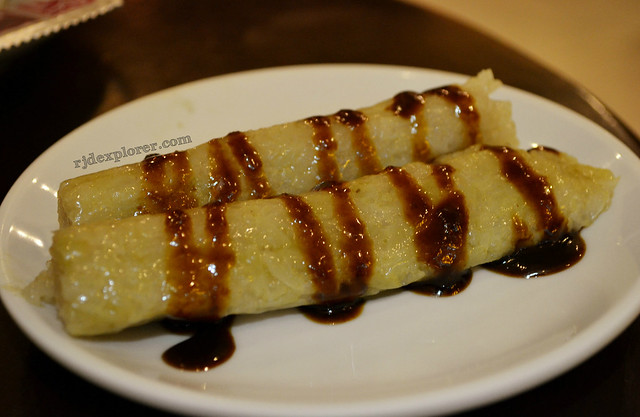 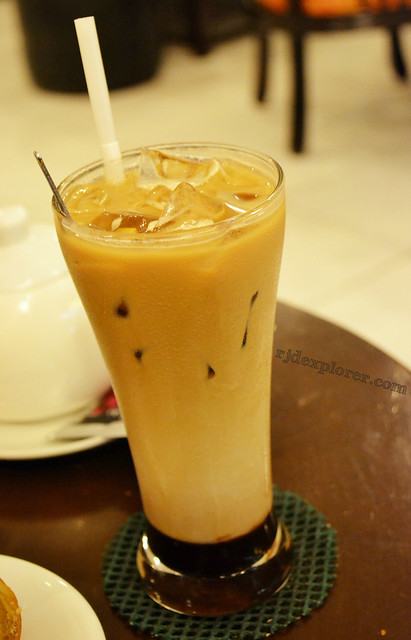 We ordered some muffins, and their runaway success suman sa latik. I wanted to try the durian coffee but the creamy durian shake I had at Iliganon’s Café was still in my system so I got a glass of Iced Hazelnut Cappuccino instead. We were the last one to leave the coffee shop before they officially closed for the day.

A famous diner, already on its decades, is a place that Iliganon kids in the 90’s grew up with, Delecta’s Diner and Café located at the heart of the city center. After an early and grueling trek to see the falls in the northeastern part, I went directly to the city proper to have my brunch, too early for lunch but too late for breakfast. I finally made my way to The Strip and settled with Delecta’s Diner and Café.

I needed rice and meat to replenish my energy after the exhausting treks. They have a wide array of rice meals that made me order a pork steak and green mango slush. The fruit shake amused me as I was able to taste the natural sweetness of the green mango. A bit unusual to the ones I’ve tried where they add some sweeteners just to balance the sour taste of the unripe fruit.

Serving time was a bit longer than usual. Serving is large to its price but nothing impressive about the meal. However, I want to commend the salad served on the side which I didn’t know if it was strips of apple, papaya or turnip, having a very appetizing vinaigrette. All I know is that I finished it in a single chomp.

Another restaurant located in The Strip is Flamoo, known for its flamed-grilled burgers. Burger starts at Php 79 all the way to 199 depending on your chosen burger additional. All burgers are served with thick cut potato fries. I tried the Bacon Mushroom Melt at Php 139.

They also have appetizers like Buffalo wings, nachos, fish and chips, garden salad, shanghai rolls, chicken fingers and pasta. If you want to enjoy Flamoo’s promos, you can avail the Flamoo burger at only Php 3 when you’re the first customer for the day and be sure to be in their store at exactly 3 in the afternoon (their opening time). For Tuesdays, they also offer an unlimited fries for their burgers.

Searching for a place to dine in Iligan City is not a problem to any further extent. The restaurants mentioned above are only a small number of the many food places available in the city. Each offers a variety of meals as well as ambiance, but having the same level of Iliganon’s very welcoming vibe.