Brussels is the beautiful capital city of Belgium, known for being the nation’s political and commercial hub. In recent years, however, the city has gradually emerged as a cultural hotspot and a top tourist destination in Europe. Home to some world-class museums, fine dining institutions, impressive Art Nouveau architecture, and plenty of other gems, Brussels has so much to offer for anyone planning to visit. Like the other European capitals, there are many sights and activities in Brussels, making it impossible to fit everything in all in one day. But what if you have only one day to spare in the Belgian capital? Luckily, the city is quite compact that you can get a good introduction to it in only 24 hours. To help you plan, I’ve put together some of the best things to do during a day trip to Brussels.

What to Do in Brussels for a Day

Squeezing in a full day’s worth of activities while in Brussels can be quite overwhelming but it is possible! For a hassle-free 24 hours in the city, look for a luggage locker in Brussels and store your bags and luggage there so that you won’t have to carry them around while you explore.

Hang out at Grand Place

No matter how long you are staying in Brussels, there is no way you can miss the most iconic landmark in the city – Grand Place. Known locally as Grokt Markt, this square is located right in the heart of the Belgian capital and is one of the country’s most significant public spaces. The square, which has undergone major renovations over the years, is renowned for its abundance of Baroque and Gothic buildings, including the stunning 15th century City Hall. Today, it is a UNESCO World Heritage Site and a center for activity in Brussels. If you happen to be visiting the city during the Christmas season, you can enjoy the amazing Winter Wonders light show held in Grand Place. 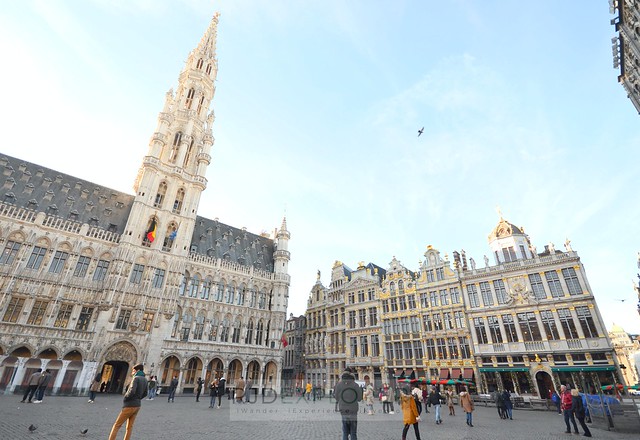 Check out the famous Mannekin Pis

Not too far from Grand Place is another must-see when in Brussels – the Mannekin Pis. Easily a contender for the strangest attraction in the world, the Mannekin Pis is an odd monument that has gone on to become one of Brussels’ most famous tourist spots. Its name literally translates to “little man pee”, which is exactly how it sounds; this bronze statue is a replica of a similar statue created during the 1600s that depicts a boy who is urinating into a fountain. 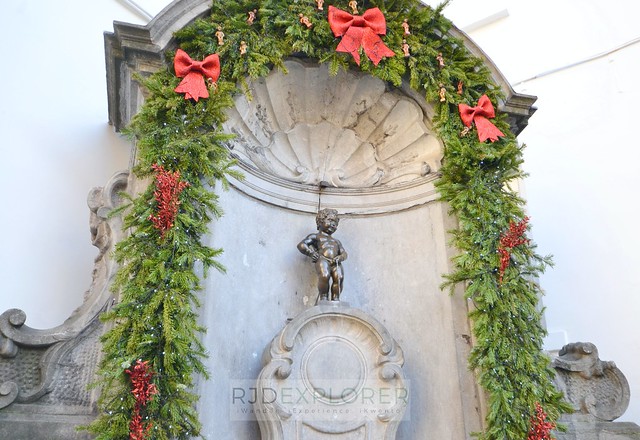 The people of Brussels consider the Mannekin Pis a local hero and they dress up the statue in different costumes throughout the year. A stone’s throw away from the Mannekin Pis are two other statues that are less popular but still worth taking a look at – the Jeanneke Pis depicts peeing girl while the Zinneke Pis shows a peeing dog.

Sample some of the popular Belgian delights

One of the main things that Belgium is known for is its food and it would be a crime to not sample the ultimate food staples this European nation is known for. Here are some of the must-try Belgian delicacies and where you can get them in Brussels: 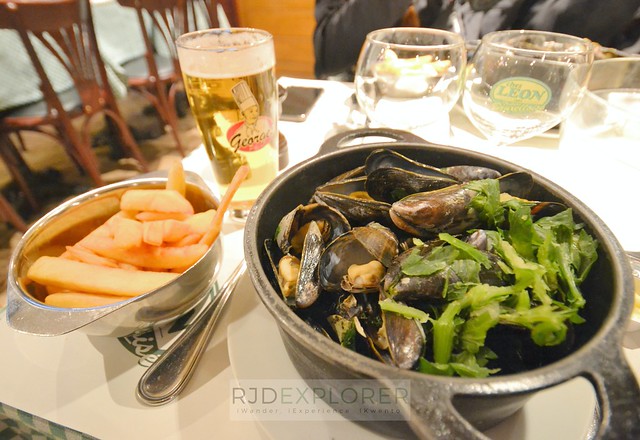 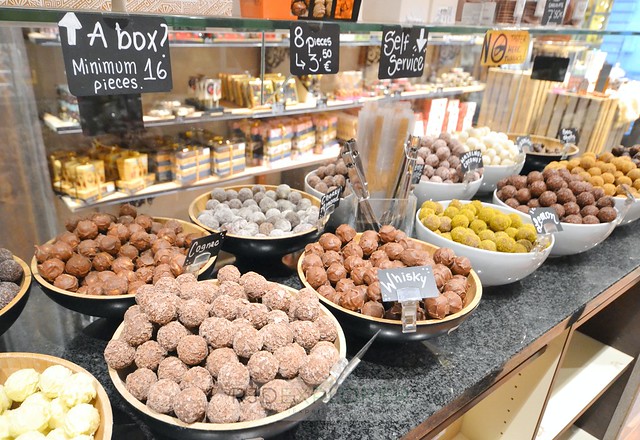 Shop (or window shop) at the Galeries Royals Saint-Hubert

The Galeries Royals Saint-Hubert is another must-see tourist attraction in the city of Brussels for a number of reasons. Aside from its absolutely stunning exterior, it is also the ultimate shopping destination in the Belgian capital. Built around the mid-1800s, the Renaissance-style building is divided into three glorious halls, namely the Queen’s Gallery, King’s Gallery, and the Princes’ Gallery. 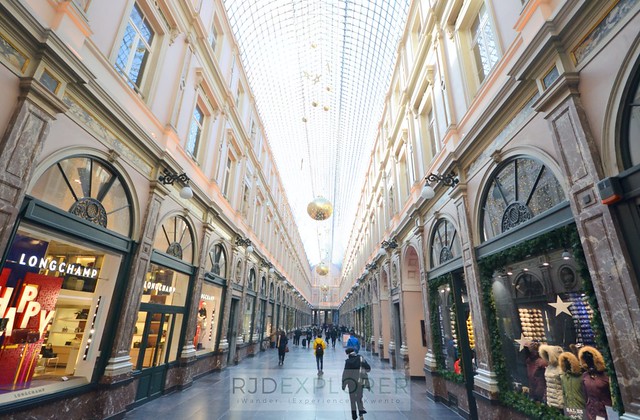 Found within the shopping complex are numerous designer brands, local boutiques, chocolate shops, and confectioners. Moreover, the gallery is also filled with cafés and restaurants, a cinema, and an art gallery. It’s one of the best places in Brussels to shop or to pass time while window shopping and hanging out to admire the beautiful architecture.

Take selfies at the Atomium

There is no way you can leave the Belgian capital without seeing the Atomium, which is perhaps the city’s most recognizable monument, located in Heysel Park. Constructed in 1958 for the World Exposition, this iconic landmark has nine spheres that connect together to resemble an atom, which stands as a symbol for scientific progress. 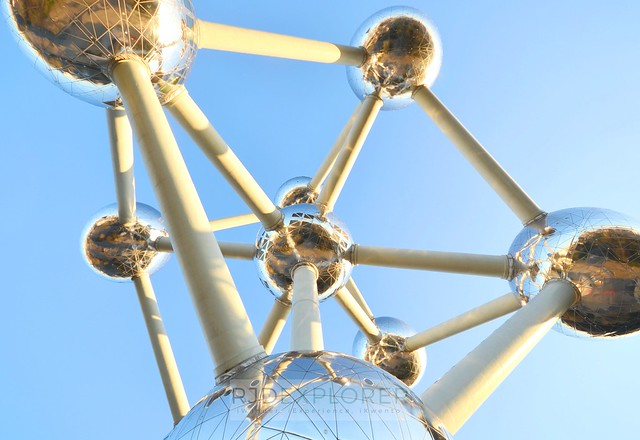 While walking around the area and snapping pictures of the Atomium is totally free, you can also opt to buy a ticket to see the inside of the structure, which houses temporary and permanent exhibitions (you can book a ticket in advance here).

Take in the views at Mont des Arts

Also known as Kuntsberg, the Mont des Arts is a hillside not too far from the Brussels Central Station and is one of the most historical places in the city. A brainchild of King Leopold II, its name translates to “Mountain of Arts”, which is quite appropriate given that it is the home to some of Brussels’ most prestigious and renowned institutions.

These include the Royal Museums of Fine Arts of Belgium and the Musical Instruments Museum. Aside from being the home of the best cultural museums in the city, Mont des Arts also offer one of the best viewpoints in Brussels, especially during sunset. 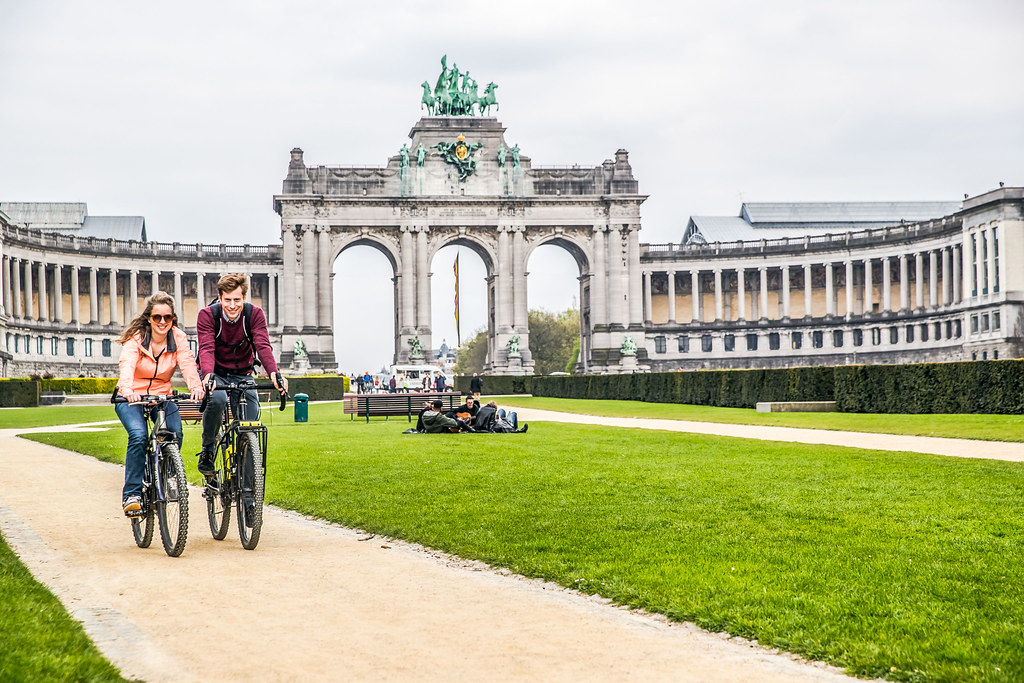 End your day by relaxing at Park Du Cinquantenaire

After a long day of exploring the city, there’s no better way to end your day trip to Brussels than by relaxing at the Park du Cinquantenaire. The city’s most popular and beautiful park is another one of King Leopold II’s projects and was built to commemorate the 50th anniversary of Belgium’s independence. Located within the park’s premises are three of Brussels’ most popular museums, the Royal Military Museum, Autoworld, and the Art and History Museum. It is also a favorite hangout spot for both locals and tourists who want to unwind and get away from the bustling city life for a bit.