It was an ordinary day for us backpackers. A lazy and idle midweek to explore the temples within the walled city. Some spent their day on outskirt destinations while we binged on some fares at the local market. Going back to our accommodation for a nap, we dropped by several temples on our way back. It’s a normal day for us yet a big one for the Thai people because it was the annual Yi Peng Festival.

This was the highlight of my 2-week backpacking trip on the famous Indochina route. I left Cambodia earlier than expected to ensure seats on buses heading north of Thailand. Yi Peng Festival draws more tourists during this time of the year to witness the launch of thousands of lanterns. 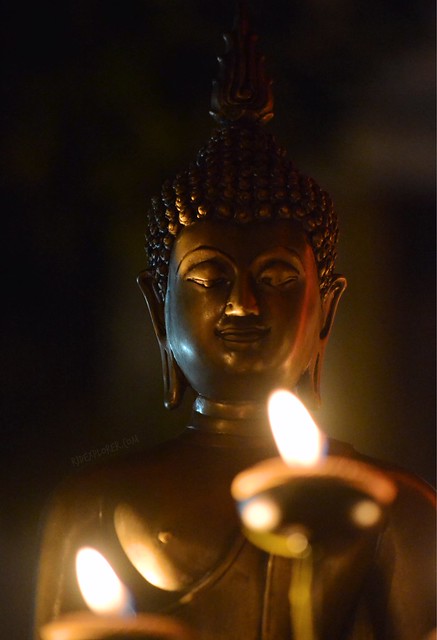 Yi Peng refers to the ‘full moon of the second month on the Lanna lunar calendar’. It is the time of year when sky lanterns, called as khom loi, grace the skies of Chiang Mai. Some areas within the city are booths where you could join Thai people creating khom loi. The lanterns are made of thin fabric on bamboo or wire frames and a candle inside of it. The candle, when lit, produces hot air trapped inside the lantern that makes it float in the sky. 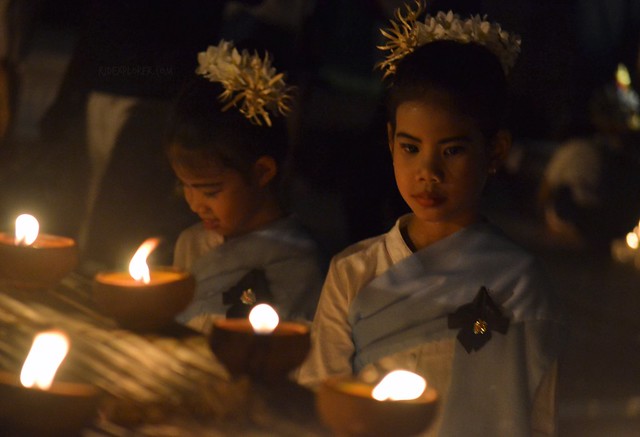 On our first few days in the province, we tried to ask locals for the best place to witness the spectacular event. The one they pertain to requires a ticket and our budgets were too tight for the steep amount. The staff at our hostel shared that we can watch lantern release just outside of Tha Phae Gate on the east gate.

The locals spent the previous days setting-up woods in front of Three King’s Monument to serve as spots for small lanterns. One segment on the sidewalk across the road was also canopied with same-sized lanterns. When darkness slowly crept in, people started to hit the alleys and head to the lantern launch venue. The full moon monitoring the entire province signaled the start of the much-awaited annual activity.

We went back at the Three King’s Monument to see the local performances and ceremonies. The throng of tourists was already clogging the streets that time but we were busy capturing the narration of Thai culture before our bare eyes. That moment almost let us missed our intent, to marvel on thousands of lanterns that are simultaneously released to the horizon. In a dash of time, we hurriedly skipped our way along Tha Phae Road and joined locals and tourists heading east. 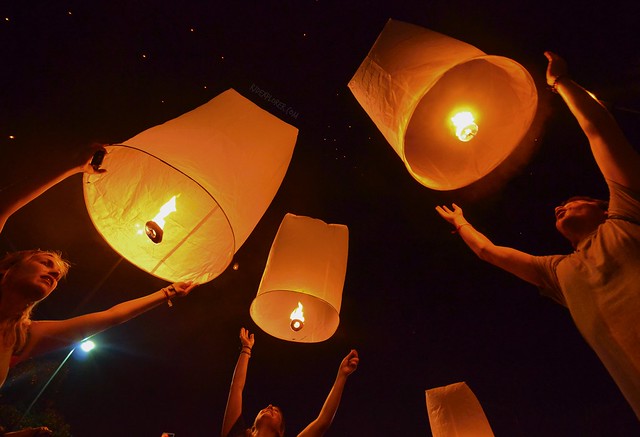 From afar, lanterns were already illuminating the evening sky. We were in a rush because missing the momentous event was a possibility. The walk became a run and brought us to a street packed with tourists eager to launch their paper lanterns. We had no plans of releasing one but we were there to take photos and witness the event. We didn’t see a view as seen on photos available online but we were happy to partake with the festivities. 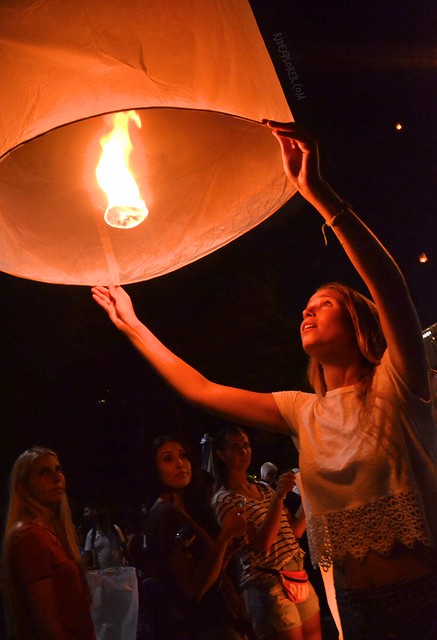 During the festival, I can’t help myself but to notice some harsh realities of the festival. One of them is that since it became a tourist thing that the essence of such events to the Thai people was already stripped. 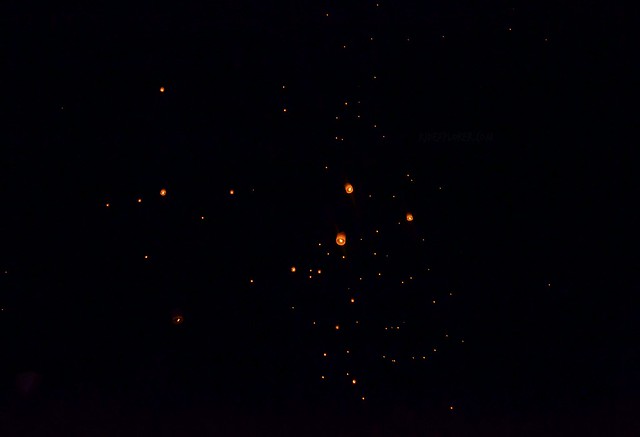 The other thing that made me upset is the irresponsible way of releasing those lanterns. I’m aware that Mother Nature is already a casualty during the Yi Peng Festival. But please don’t add any more victims because of the improper way of handling the lanterns. Some of the tourists we’ve seen let their lanterns fly even without the right amount of hot air inside the lanterns. This led to several lanterns ending up on tree branches, and worst on peoples’ heads, on fire! 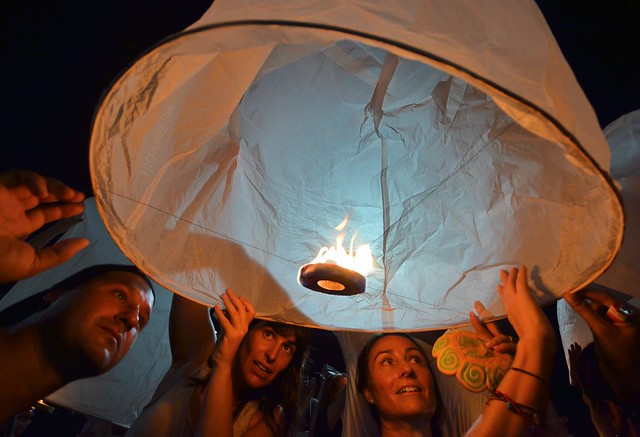 Lantern release lasted for several hours and we then headed back to the old city. We continued satisfying ourselves with few dessert street-food sold at the side-streets. We chanced a shop having promotions for just 100THB for tank-tops, shirts, and shorts that influenced us to spend some baht.

With the observations I had, I’ll still recommend Yi Peng Festival to be included on everyone’s Southeast Asian bucket-list. It only happens once a year and schedule also varies as it relies on the occurrence of the full moon. If I have spare cash to spend, availing a ticket on the release grounds for a better view is probably a nice experience next time.

HOW TO GET TO CHIANG MAI FROM BANGKOK

By bus. Cheapest way to get to Chiang Mai from Bangkok is utilizing the bus transport. Make your way to Mo Chit Bus Terminal and board a bus bound to Chiang Mai. Travel time will take you around 9 hours, depending on traffic. Fare depends on the class you’re going to avail, got mine for THB379 for a one-way Bangkok to Chiang Mai on a standard class.

By train. This option is okay if you’ll be arriving in Bangkok weeks prior to the festival. The coach trains get fully booked immediately so it’s better to do advance reservations. Head to Hua Lamphong train station for trains leaving for Chiang Mai. As of May 2017, there are 8 trains covering the Bangkok – Chiang Mai route leaving Bangkok as early as 7:00AM up to 10:00PM. For schedules, class, and rates, check this website. Travel time is around 10 hours.

By plane. Low cost airlines like Air Asia and Nok Air leave Don Mueang International Airport with flight taking an hour. Booking early will allow you to snatch a flight for as low as THB550.

ON THE ROAD: 26 Hours from Siem Reap to Chiang Mai