Prior to my first Davao trip, I was really worried on how much pounds I gained for the past weeks, perks of having a daily dinner buffet. I didn’t want to drop the food trip part on my itinerary as it’s another way of getting to know the story behind the culture of a destination.

Since Davao City is the largest city in the world in terms of land area, you can expect that restaurants are all over the place that will make your tummies satisfied, fully satisfied. Here are 6 (out of the hundreds, I think) restaurants I’ve tried:

BLUGRE COFFEE, SM Lanang Premier
Coffee is one of the things that makes me hyper throughout the day. And it was the first thing I searched for when I arrived. There are several local coffee shops available but Blugre is the nearest one I found from my hotel. Seriously, the café is a great spot to do people watching in SM Lanang.

I managed not to burst in anger as I waited for almost 20 minutes for my Durian Cappuccino (Php150) and Durian De Leche Cheesecake (Php120). I expected for the kick of durian on the cappuccino but after I had the foam, all I tasted was a normal cappuccino. The cheesecake is good with the chewy bar plus the not too sweet durian de leche but no wow factor.

YELLOW FIN RESTAURANT, JP Laurel Ave, fronting SM Lanang
After hours of walking in SM Lanang Premier, and hesitating to watch That Thing Called Tadhana, I crossed the street and saw Yellow Fin Seafood restaurant at a gasoline station. Since it was dinner time, I decided to give it a try. My order went for Sinigang na Salmon (Php125), Paksiw na Tuna Buntot (Php120), and Durian Rolls (Php55) for dessert.

Sinigang na Salmon is really tasty with the bunch of tomatoes used as natural sour flavoring to the fresh fish. Paksiw na Tuna Buntot was properly simmered with the caramelized vinegar coating the fish’s tail. Durian Roll, with its intense durian flavor, will seal the meal.

SAGING REPABLIK, V. Mapa Street, Poblacion District
One of the newest restaurants in Davao getting raves on social media is Saging Repablik. The restaurant was launched with most of the dishes on the menu having a twist, infused with banana. A friend joined me for lunch where we ordered Sisag (Php165), Sabagnet (Php195), Gigingka Red Velvet Solo (Php75), and Banana Walnut Torte (Php150). 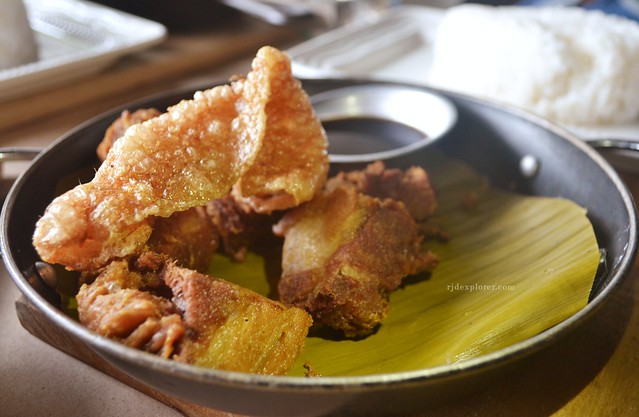 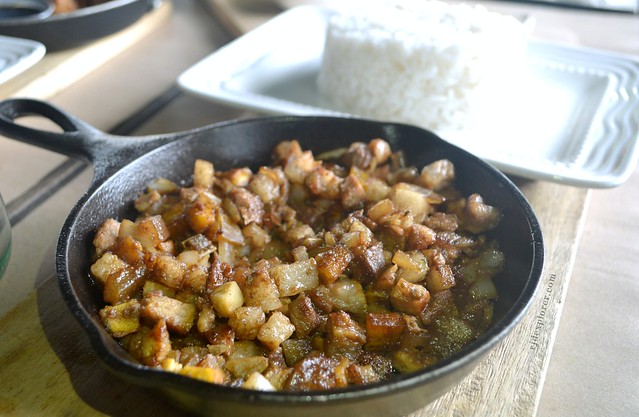 Sabagnet, a twist to the Ilokano’s bagnet, didn’t disappoint me with its crispiness. It came with a sweet dip where the banana was infused I supposed. The Sisag, sisig with saging, is also not a bad take on the famous Kapampangan sizzler. 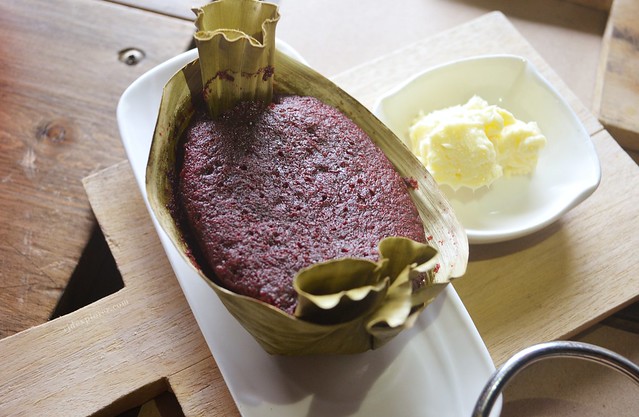 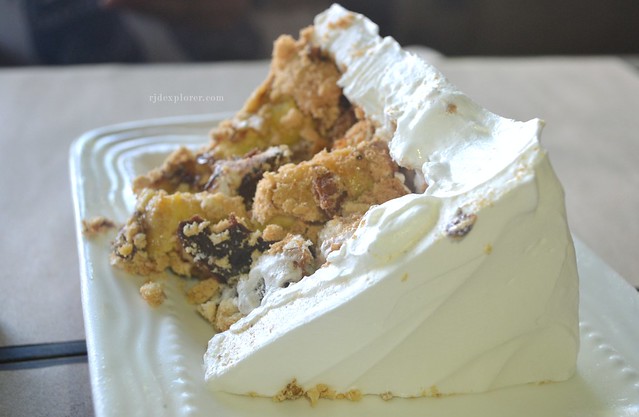 For the desserts, Banana Walnut Torte, their best seller as per the crew, is steep at Php150 per slice. With its price, I looked forward to it, turned out that it failed. It seems that we ordered a thick block of whipped cream with just walnuts in it. Luckily, it was compensated by the Gigingka Red Velvet that went perfectly with the cream cheese.

ALING FOPING’S FUD TREYN, Matina Town Square
It took me minutes to realize why the place was called a train. They’re famous for their halo-halo and chili con carne. Since we were still full from the durian experience in Bankerohan Market, we opted to just try the halo-halo.

They implement this customized way of ordering by ticking the ingredients for your cooler: gulaman, red mongo, kaong, langka, leche flan, macapuno, nata de coco, pinipig, saba, sago, ube, and white beans. Regular halo-halo goes with free six ingredients while the Special having an additional scoop of ice cream. They charge Php14 per add on (Php20 for leche flan or ube). The crew offered us the Ultimate Halo-halo at Php155 with all the ingredients and a scoop of ice cream. Took us long to decide, but we compromised.

LACHI’S SAN RIVAL ATBP., Ruby St., Marfori Heights
The visit to Lachi’s was never on my plan. Circumstances led me to the restaurant because the taxi driver doesn’t know where Kublai Art Gallery is. I asked if he knows Tiny Kitchen, again a no. I asked him what restaurant he could recommend and knows the location, I got Lachi’s.

The restaurant is not that big to accommodate large groups. Fortunately, the place is not that crowded during my visit. Asian Spicy Chicken (Php145) was recommended by the crew when I asked for a bestseller. I also added a slice of Durian Sans Rival (Php82).

Asian Spicy Chicken is not that spicy and still has the sweet sauce dominating the coat for the crispy fried chicken strips. You weren’t in Lachi’s if you haven’t tried the sans rival they’ve known for. The frosting was so buttery and the nuts added crunchiness on the crisp layers of meringue. Indeed a must try when in Lachi’s.

PENONG’S BBQ, JP Laurel Ave, fronting SM Lanang
Mang Inasal is scattered in every part of the country as Penong’s BBQ in Davao City. This is Davao’s version of the famous chicken inasal. I wasn’t able to discover the difference though because I was too hungry that time. Visiting their branch near SM Lanang on dinner time was not a bright idea. There were a lot of customers and it took 30 minutes before I had my order served.

The chicken and pork barbeque were good, for a scrambling stomach. The price, Php 108, comes with unlimited rice and free soup.

First day in Italy. Time to explore Rome and Vatic