Rain started to drizzle when I got out of Ximen MRT Station. I swiftly looked at my mobile map for the shortest way to my hostel, Ximen Corner Hostel. The staff allowed me to stay in the lounge because it was too early for check-in. With the early and tiring flight, I dozed off on the couch. As much as I wanted to climb the Elephant Mountain, it was still raining. 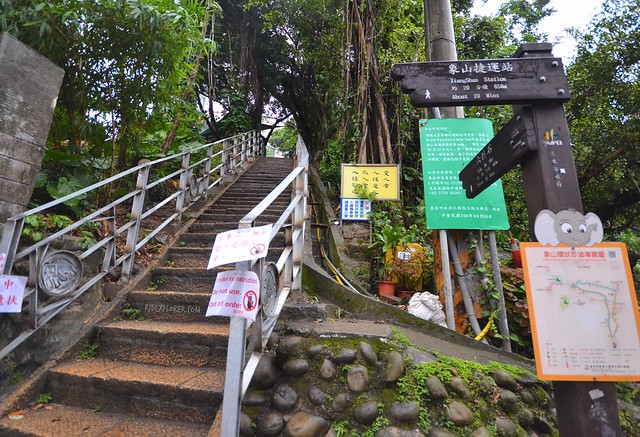 Around lunchtime, I decided to leave the hostel’s premises to look for lunch. A small noodle house, just across my stay, became my respite for a perfect hot bowl of goose-meat noodle soup. When I went back to the hostel, they allowed me in because the occupant of my bed already checked out. Thank God!

I settled and continued to catch few hours of sleep. The temperature of the room woke me up around three in the afternoon. This time, I was hesitant to continue my plans to have a view of Taipei from the known Elephant Mountain. While looking at the rain that drenching the entire city, I was sure not to continue. Munching some biscuits I bought from a convenience store at the airport, the rain suddenly died down. It was a great sign to go out.

Having no umbrella, rain poncho, or anything that would protect me from the rain, I was confident to get out and head to the subway station. A transfer of line brought me to the nearest station to the Elephant Mountain. I emerged from the subway and dazzled by my first stare at Taipei 101. With that, I didn’t notice that it was again, raining hard. Everyone going out of the subway has a rain poncho or umbrella. I was alone in the corner praying for the rain to stop and dancing some sun dance when there was no one around.

About twenty minutes had passed but I was still waiting at the station for the rain to stop. The rain already befriended me so I considered going back. But I didn’t want it to ruin my plans so I joined a group of Taiwanese teenagers, on their hoodies, walking under the light rain.

I got out of the shaded area of the station and started reading my phone’s map and GPS. Covering a whole stretch of a road, I made few turns until I reached the foot of the stairs leading to the view decks of Elephant Mountain. Some tourists were on their way down and I can see from their faces the difficulty of dealing with the wet staircases. But I was confident and foolish so I instantly made my way up. 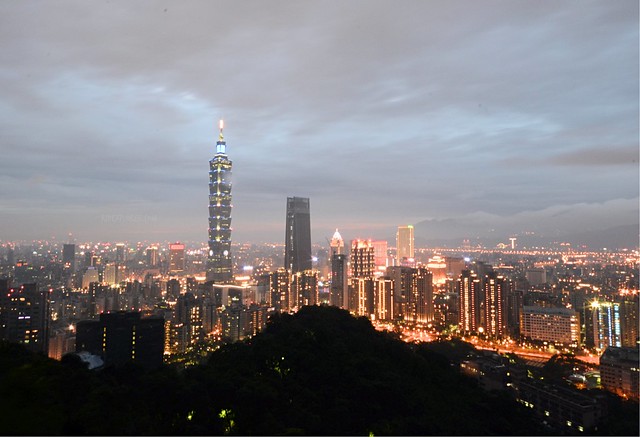 After the steep ascent, you’ll encounter a fork staircase. Both will go on the same route but each has its own difficulty level. I picked the faster but more difficult option. Gasping for air every now and then, I noticed that the rain had stopped and the view of the city was already clearing. Few more steps and I reached a small view deck. The setting sun was obstructed by the cloudy sky and hazy horizon. I was prepared not to see a sunset that day.

A higher elevation would definitely provide a stunning view and few more steps will help me achieve the goal. I passed by the rock where giddy tourists take turns in climbing and taking a snapshot. Taking more steep sections of the trail and few turns, I clamored to a larger platform. The deck offered a 180-degree city view with Taipei 101 sticking out on the horizon. It wasn’t dark when I arrived at the deck but a horde of tourists was in position and waiting for the spectacular scenery to unfold. 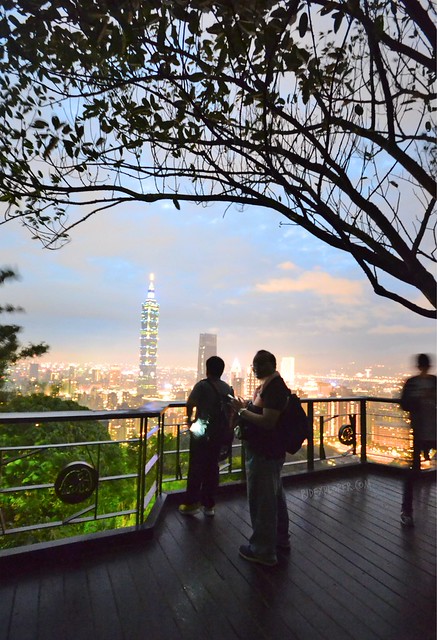 Anti-climactic as always, a much-awaited sunset didn’t show up. Instead, everyone waited for the whole city to light up and glow in a symphony of lights in Taipei’s darkness. Taipei 101 started to bring its lights with every single building in the city joining the craze. 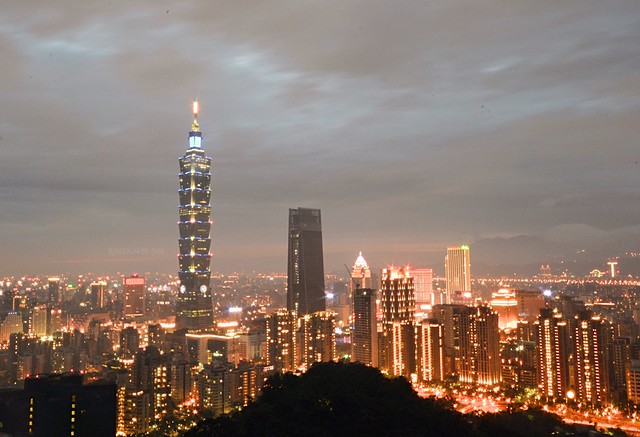 Rain had totally stopped while local and foreign tourists come and go. Crowd again took turns in perfecting a photo soon uploaded on their own social media accounts. I sat on a bench on the rear part of the platform waiting for these tourists to get a satisfying photo. When the deck was cleared, I had an unobstructed view of Taipei’s cityscape. 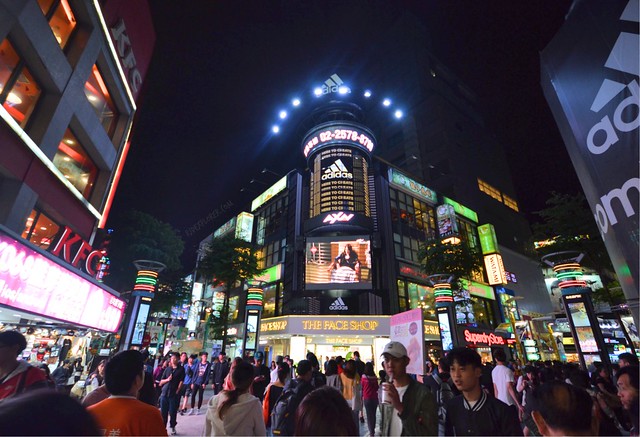 I wondered why the rain loved me on my first day in Taiwan. After few clicks on my camera, bolts of rain started to threat everyone. Hoping my gadgets to stay dry, I skipped the slope of Elephant Mountain and headed back to the subway station. The first day in Taipei ended with a nice walk at the colorful and chaotic Ximending Street Market.