My friend! Filipino?” I nodded and smiled. A tuk-tuk driver tried to follow and convince me for a tour around the city. I declined because I was only a few meters away from the Royal Palace that time. I started my walk from the Independence Monument while avoiding people running around the park. The iconic independence monument attracts crowds from the guided tour. The flock of tourists was invasive to the eyes so I continued to the Cambodia-Vietnam Friendship Monument. 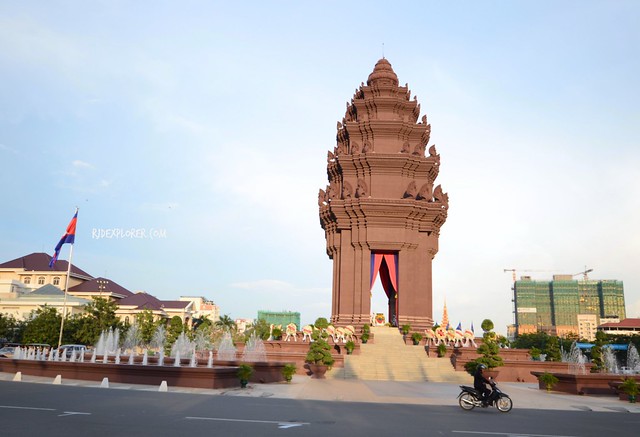 My feet reached the Royal Palace and tried looking for the gate that allows tourists to roam inside the compound. Locals dominate all grounds of the park while vendors, selling any kind of food, wander on the streets offering families and groups their items. I was puzzled with the happenings because it was a Wednesday and it seems that the whole Phnom Penh was out and in a festive mood.

I can’t find the proper gate and no royal guards manned the entrances to the royal compound. The walk continued to Sisowath Quay until the far end of Nordom Boulevard road where I found Wat Phnom. I was on my way back when I heard a loud bang, resounding in every corner of the city. 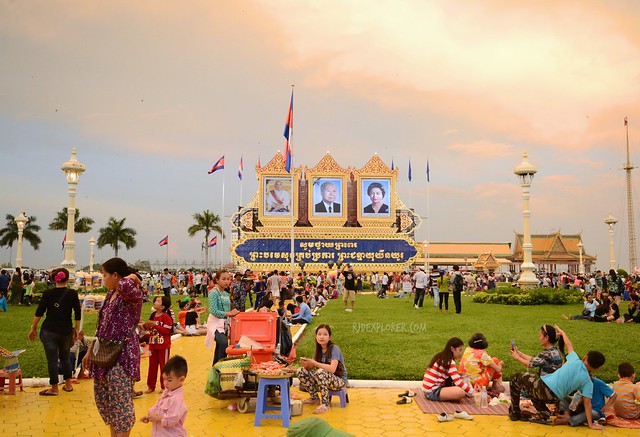 Everyone was clamoring and heading to the river area for the fireworks. My feet, already suffering from blisters, tried to compete with the hurrying crowd. Everyone was heading to Sisowath Quay to checkout the fireworks display that continued to gain amazements from the viewing public. People built up along the boulevard and I joined the cheering locals for a fantastic show of lights. 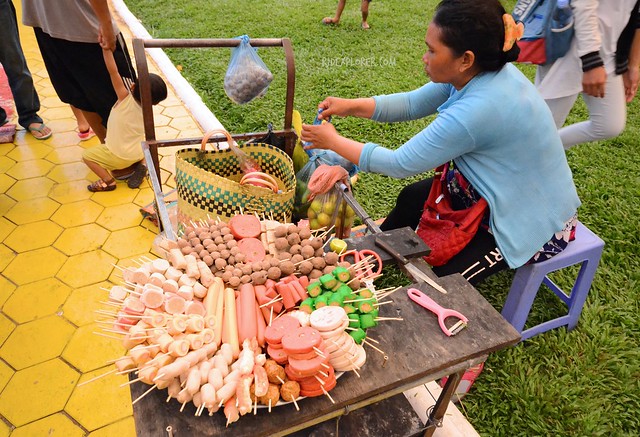 After about 15 minutes, a louder bang concluded the activity and spectators were clapping with excitement. Horde of people started to disperse as I headed back to my hostel. My tummy was already bugging me. No idea where to have dinner so I started to spot the local vendors selling food of different kinds. The multi-color fish balls and skewers attracted me to join the queue.

Language barrier again kicked in. The vendor doesn’t know how to speak English and it gave me a hard time to know the price of each one. It was rare to encounter a Cambodian who doesn’t know how to speak English. By the way, thanks to a teen who heard the conversation and volunteered to enumerate the prices for me. I thanked her immediately for the very kind gestures. 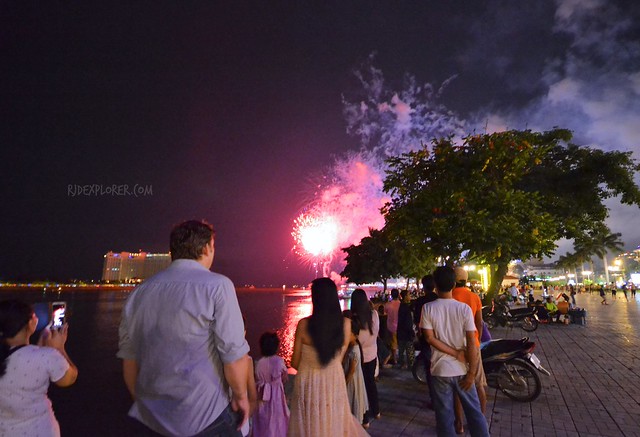 After the lady assembled my order, I looked for a decent place to sit and munch on my dinner. The search of a reasonable area brought me to the sidewalk where I rested my dead tired feet. I started to unpack the plastic containing my first dinner in Cambodian soil. 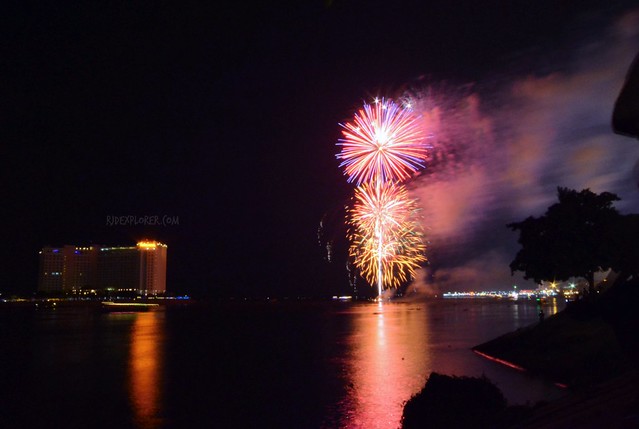 Skewers weren’t that good but since I was starving that time, every item provided a heavenly feeling. Before I finally left the boulevard, I bought a can of Coca-cola. I had no Cambodian riels left so I took out some US dollars from my pocket. For your information, you can spend your US dollars in Cambodia but the standard conversion, especially on common transactions, is 4000KHR for a dollar. Another vendor pulls her box containing bottles and cans of cold beverages. She mentioned 3000KHR for a can of Coke and was okay for US dollar payment. 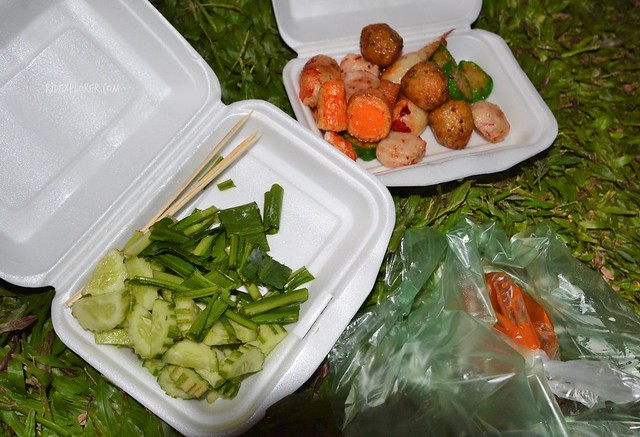 The following day, while preparing to leave for the Genocide Museum, I had a conversation with one of my dorm-mates and mentioned about the fireworks display and the festive mood at Sisowath Quay the other night. He told me that it was the Independence Day celebration of Cambodia so most of the tourist attractions were closed due to a holiday. I joked that I was unlucky to chance the temporary closure of these tourist attractions yet I was rewarded by a spectacular firework display.

Unexpected happenings and events on destinations during a trip is a perfect way to know more about the culture and people of a country. The celebration of Independence Day in Phnom Penh is an indicator that Cambodians really recognize this very significant day in their life as people of their country. Knowing the dark past of Cambodia, it’s gratifying to see them celebrate and remember the day that commenced their freedom and live their daily life out of threat and fear.