We didn’t prepare an “eat-tinerary” on our second visit in Maginhawa Street (first time was way back in 2013) because the only thing we wanted to do, was to eat, a lot. Walking a few blocks under the scorching heat of the sun, Karen, a friend living near Maginhawa mentioned this new place that offers butterbeer. The Nook Cafe is one of the newest additions to the numerous food places in Maginhawa. 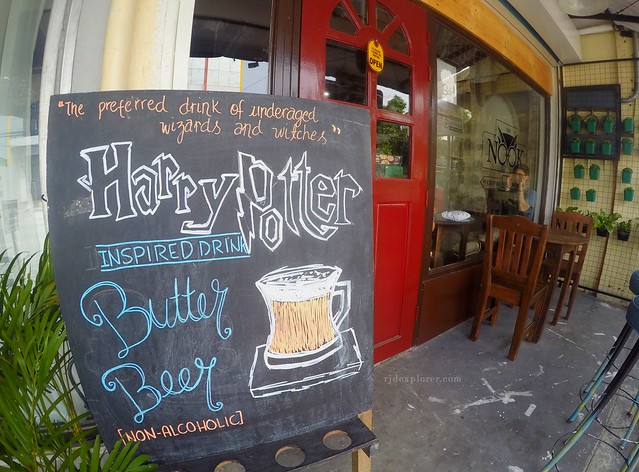 I was gritty to try the butterbeer famous from the Harry Potter series so I influenced them to make a visit. The cafe, as of the moment, can only cater a limited number of customers having a cozy lounge area on the second floor that can roughly accommodate 8 people. The lower ground on the other hand 5 tables including the ones outside. Luckily, we went there early as people started to arrive after we settled on a table near the counter. 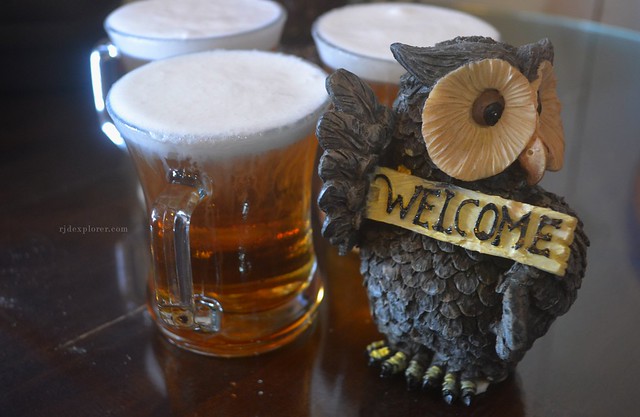 Butterbeer (Php100) is what they’re famous for so we got 3 for the group plus the other bestseller Goya-zilla (Php75), a cooler with some crushed ice, cookies, and Goya chocolate. Aside from that, they also offer frappuccinos, coffee, and some pastries. Others include Bacon Wrapped Chicken (Php140), Cheese Potato Wedges (Php95), Grilled Cheese Panini (Php110), and Triple S Pasta – Spicy Spanish Sardine (Php140). 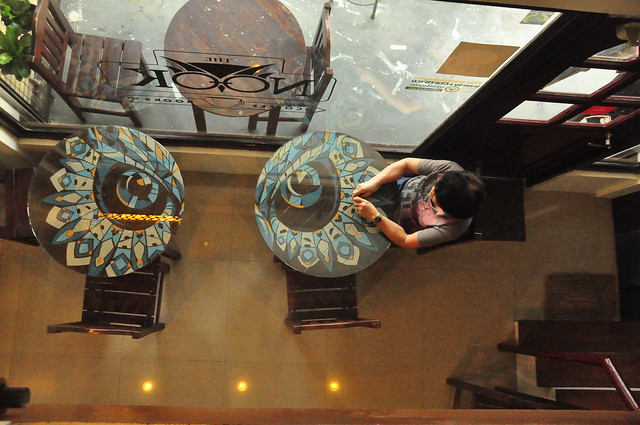 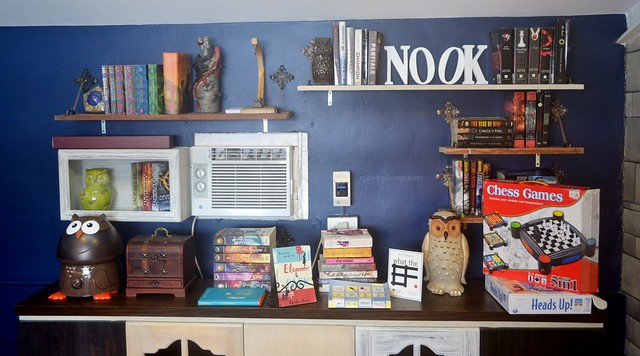 Owls played a big role in the Harry Potter series so the cafe was decorated by a lot of owl figurines from the counter, to table tops and bookshelf. Speaking of the bookshelf, the owner displays her collections of book from the complete set of the Harry Potter series to Twilight, Divergent, and a lot more. In addition, expect items you’ve seen in the movie like the pentagonal box of frog chocolates as well as a magic wand. 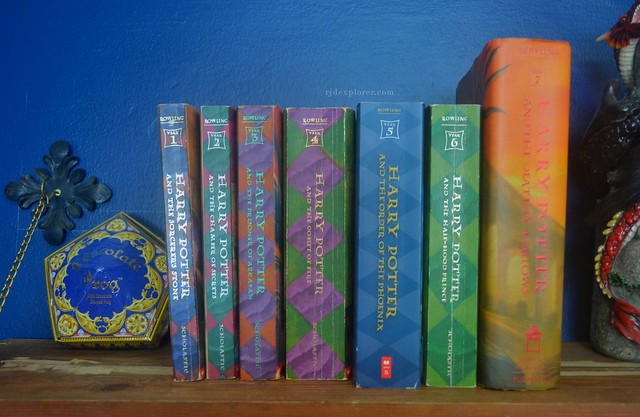 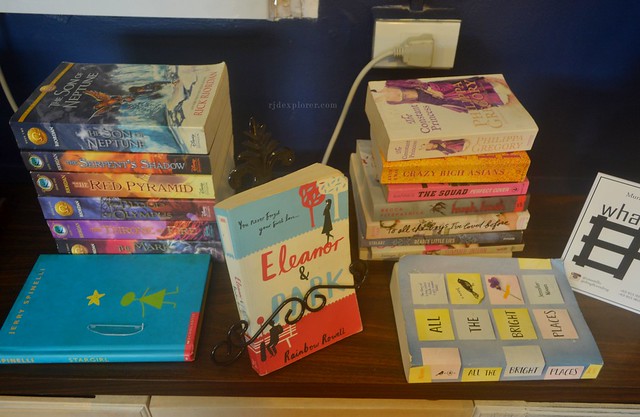 When a group upstairs decided to bill out, we transferred and started playing Jenga. Other games available are Head’s Up and Chess. Nicole, the owner of the cafe, was there during our stay and we got the chance to have a chat with her. She recently opened it last June and became famous because of its Harry Potter inspired theme. I asked her how she was able to conceptualize the idea and answered that she wants to make one of her hobbies be the concept of the café and Harry Potter is one of the books that made her hook on reading. 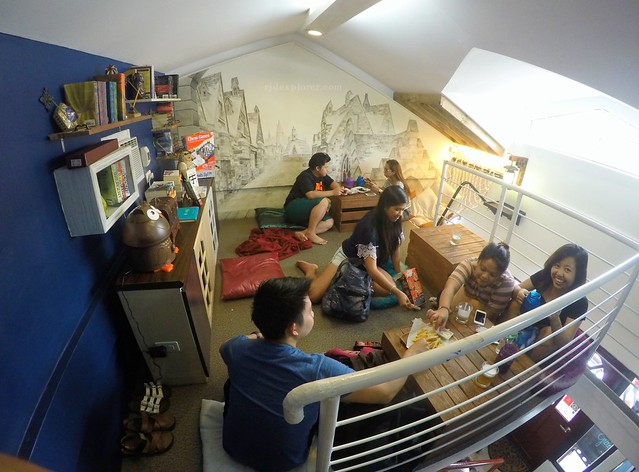 The butterbeer is a non-alcoholic drink yet cold, sweet, and a bit minty. A friend who tried the Goya-zilla wished that they should have it with more chocolate than crushed ice. The cakes we tried were really good, not that sweet that will encourage you to have more. The potato wedges was generously served with Parmesan cheese and perfectly went with the garlic dip. 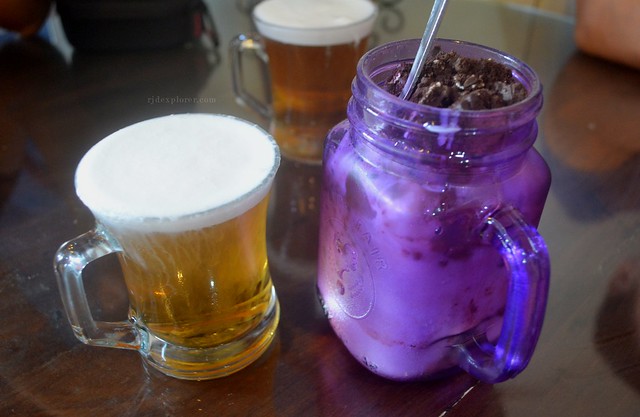 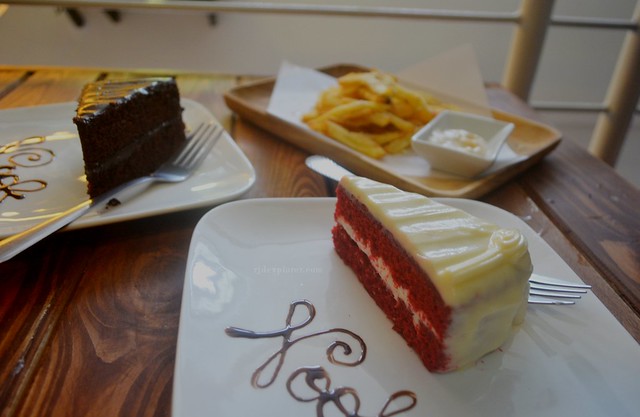 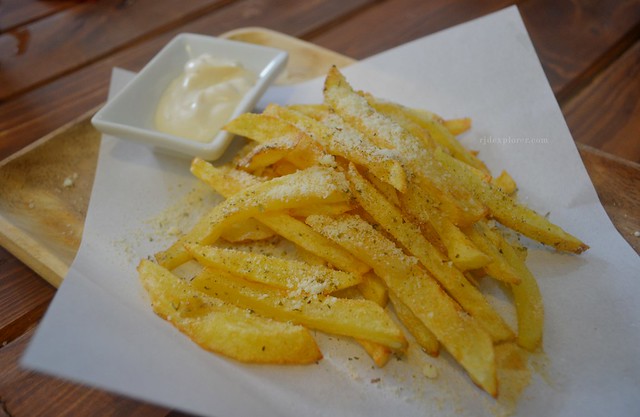 Spending an afternoon in The Nook Cafe somehow brought us into the magical world of Harry Potter. Okay, that was a bit exaggerated, but we really enjoyed the perky idea of having games like Jenga while enjoying good food and beverage with friends and also considering the superb ambience the café offers. 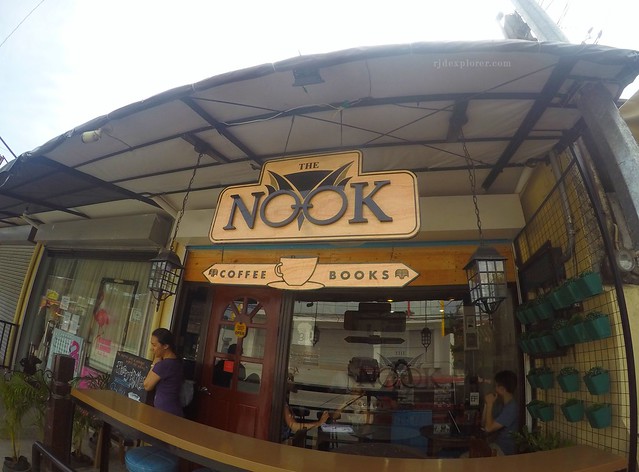