“I want to see that Volkswagen grill on Baler Surfer Grill!” a friend yelled as everyone unties the leash on their ankle. We agreed to her request after the exhausting yet enjoyable surfing session. The idea of having an early dinner at Baler Surfer Grill will seal the we-are-surfers-dude ego. From Aliya Surf Resort, we trailed the baywalk going south. 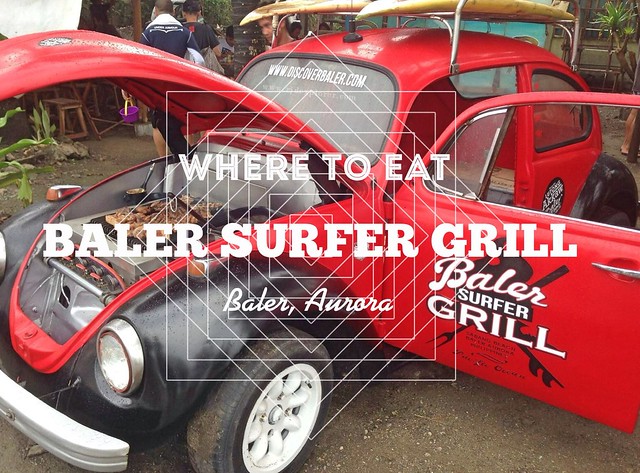 Not that far, we spotted the vintage car parked on a small lot, its hood stowed with some meat and fish being grilled just above its engine. Amazeballs! We immediately posed for some photos with the car-turned-griller while the restaurant crew busy doing his job. I asked him where was the other one since I know that they also have a yellow Volks. He said that his boss went out and used the other griller, I mean vehicle. 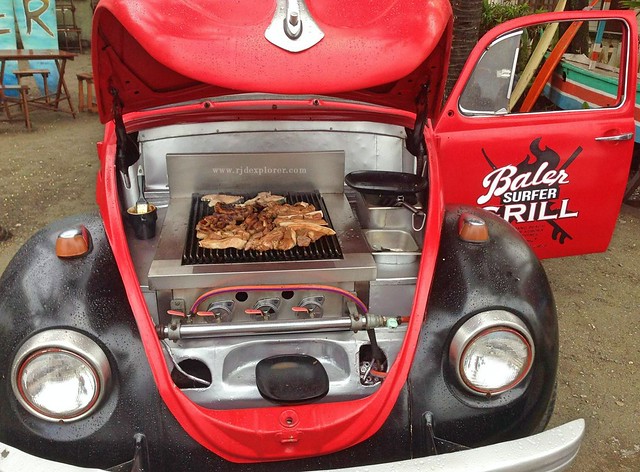 The restaurant is not fancy so don’t expect classy or quirky dining areas. Tables and chairs were just set up on a vacant lot. The counter was also just an extension of a house. Anyway, we were there for the food and we were not after how exquisite the place would be. We only wanted to satisfy our famished and scrambling stomachs. 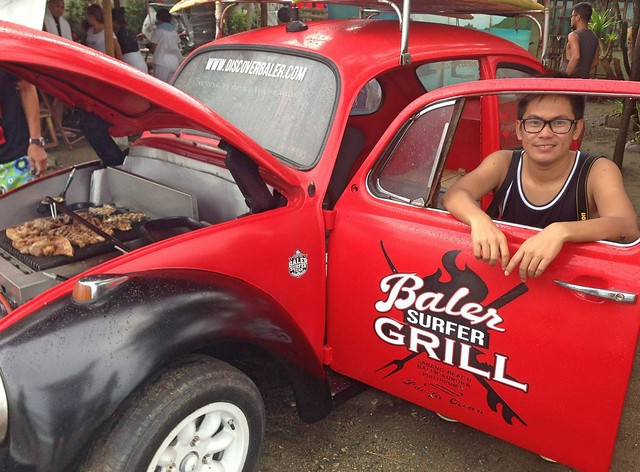 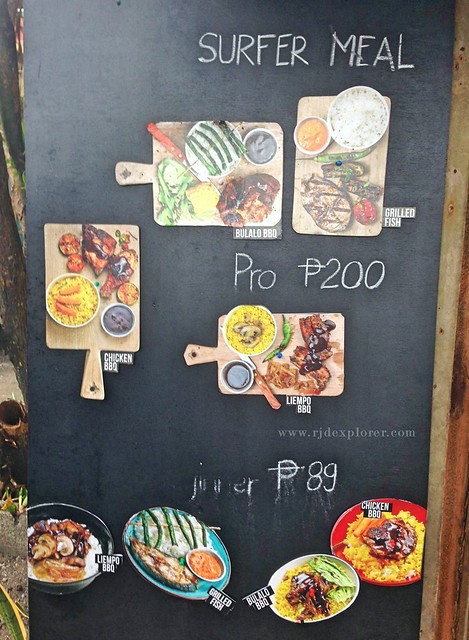 Menu is just posted on a wall near the counter. Food were divided into pro and beginner meals. The beginner meals are simply rice bowls with the viand on top of it. The pro meals, on the other hand, are being served on wooden chopping board. They only serve four meals: Grilled Fish, Chicken BBQ, Liempo BBQ, and Bulalo BBQ, Php89 for beginners and Php200 for the pros. 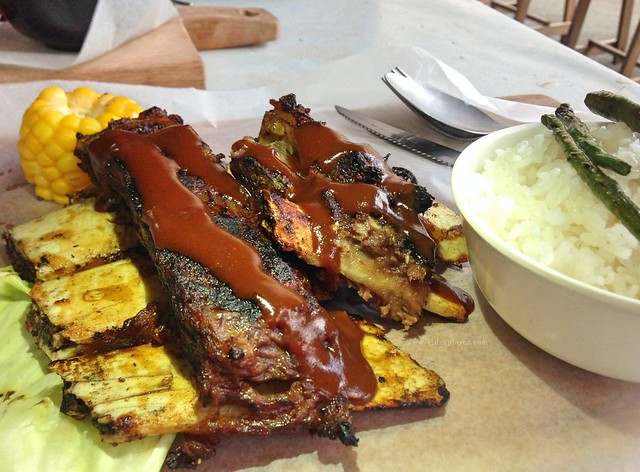 Out of curiosity, I ordered a Bulalo BBQ. Since it created fad online, most of the tourists in Baler flock to the place during meal time that usually results in longer waiting times. During that moment, a local selling some rice cakes approached us and offered her products. Hungry, everyone got a slice of the native cake. 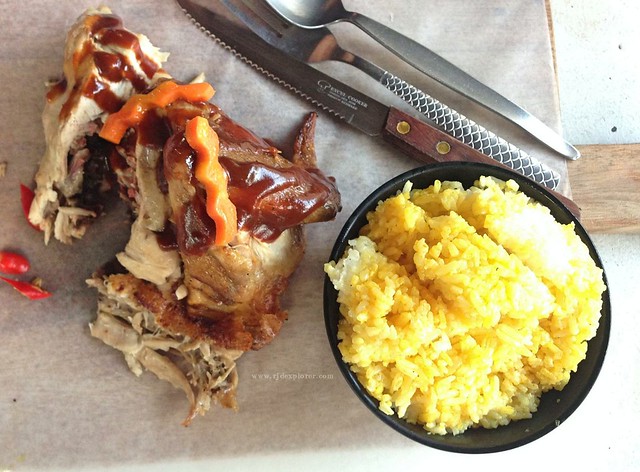 When the orders arrived, everyone focused on devouring their meals that were served. Comparing the two, beginner and pro, it seems that the serving was just the same and only differs in the way they were served and some vegetables used to garnish the pro meals. 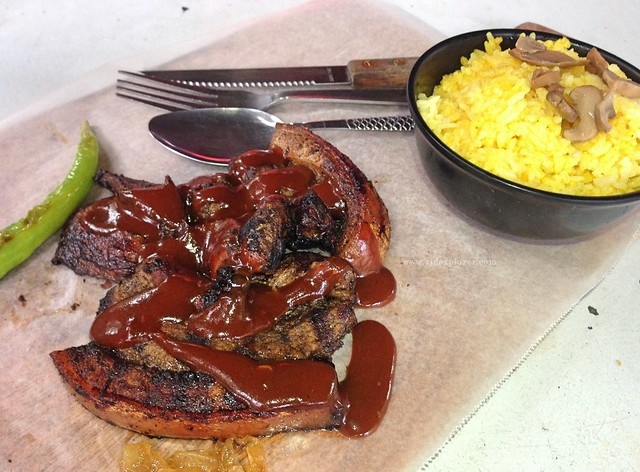 I didn’t enjoy my Bulalo BBQ as the meat was too dry and I hate the way they spread the not too appetizing sauce to the meat. I ended up getting some from the Chicken BBQ that was ordered by the person next to me. Chicken BBQ was great but still, putting the not so great sauce worsens the flavor. 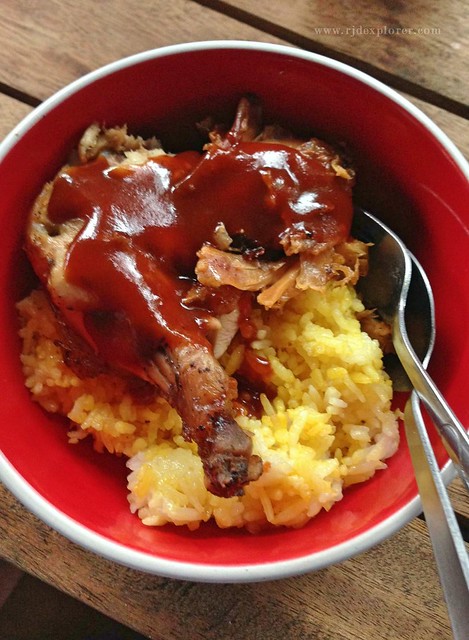 Service is also a thing that the restaurant needs to improve. The serving crews serve different meals and sometimes led to longer waiting time as it will be brought back to their kitchen and prepare the right order. We had no idea how they clutter their process because customers receive a waiting number upon settling the payment at the counter. It was worth the try but not a place that I could go back for the second time.