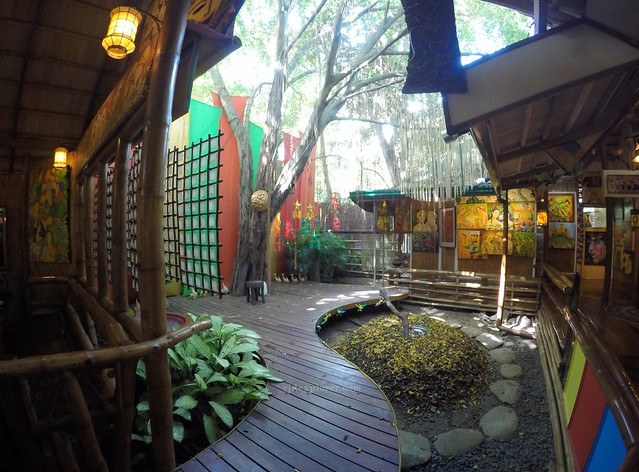 Before the year ends, I returned to this popular city as a stopover before heading to my destination, El Nido. One of my goals on this stopover is to try other restaurants to extend the first list. Here’s the second part of the Where to Eat in Puerto Princesa City post:

Ka Lui Restaurant is one of the most recommended places to eat in the city and we weren’t able to try it during our first trip to Puerto Princesa as it was closed on a Sunday. The place is located along Rizal Avenue yet surrounded by a lush environment. You’re required to take off your footwear before entering the main dining halls. It’s quite cool to explore the place on barefoot while appreciating the remarkable collection of paintings, photographs, sculptures, and art installations by the owner. If you missed the restaurant sign, you’ll probably ask if it’s an art gallery. 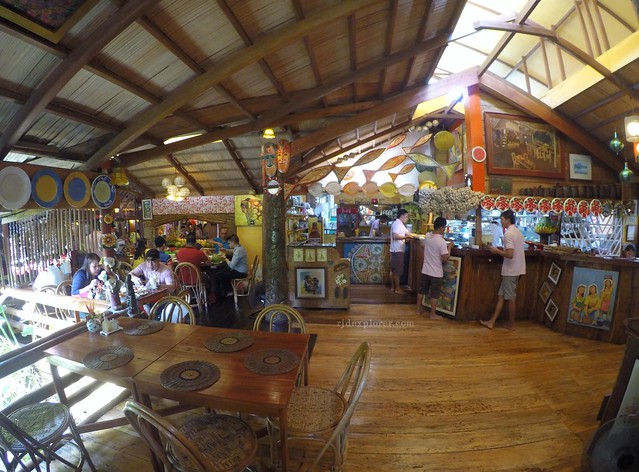 There are different dining styles available from the normal to the low table set-up. The menu is dominated by seafood from tuna, fish cordon bleu, shrimps, squid, crabs, and lobsters. If you’re too tired to choose your food, a Kalui Special of the Day Set will be your friend: fish steak, prawns, veggies, fish roll in coco cream, and rice, all good for two. 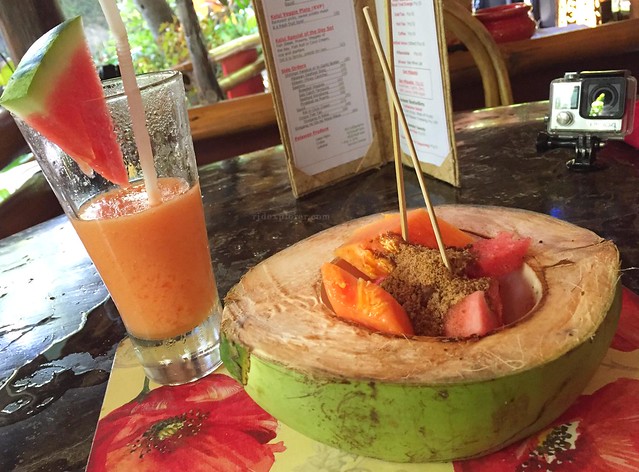 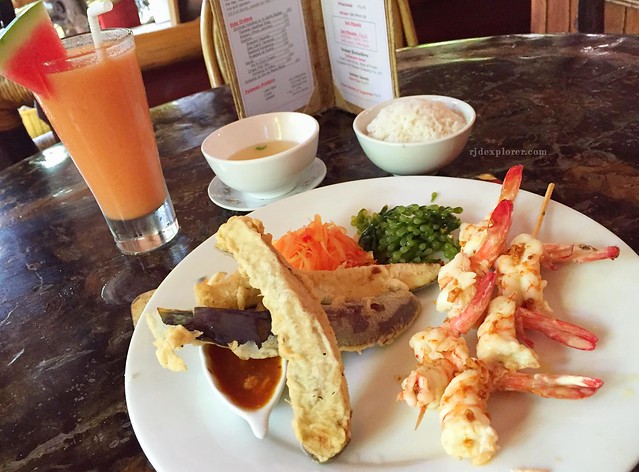 I ordered shrimps choice catch (Php265) served with veggies of the day (eggplant tempura, lato, and atchara) and rice. While waiting, you can grab some coolers like shake, or fresh buko juice. Your meal usually starts with a ginger-y soup and ends with complimentary fresh fruits served in a coconut shell drizzled with coconut sugar.

Puerto Princesa served as a shelter for thousands of Vietnamese refugees during the Vietnam War. There are a lot of Vietnamese restaurants in the city and one of the places near the airport is Bona’s Chaolong. I’ve never been to Vietnam but based on my research, chao long is more of a congee than a noodle soup. Anyway, I got a bowl of their Pork Buto-Buto Noodle with Beef Stew soup for Php65. Other options include Beef with noodles, Beef stew with noodles, and Pork Buto-Buto with noodles. 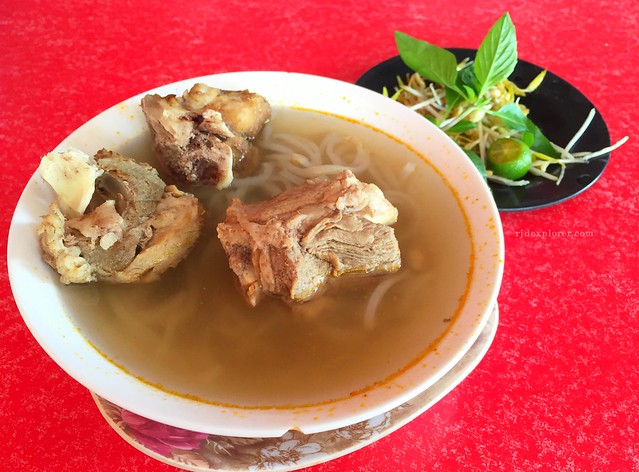 The soup was served with large chunks of meat on top of the noodles, on the side was mung bean sprouts. I didn’t expect that the soup was actually sweet maybe because I’m used to having beef noodles that are dominantly salty.

Ka Inato is one of the places in the city where you can satisfy your ‘inasal’ cravings. They have two branches; one near Robinsons Mall situated in a garden, and the other one near the airport. Like Ka Lui, their place near the airport also utilized some colorful and bright paintings as well as sculptures in decorating the entire restaurant. You can also see the open kitchen at the far end of the dining hall. 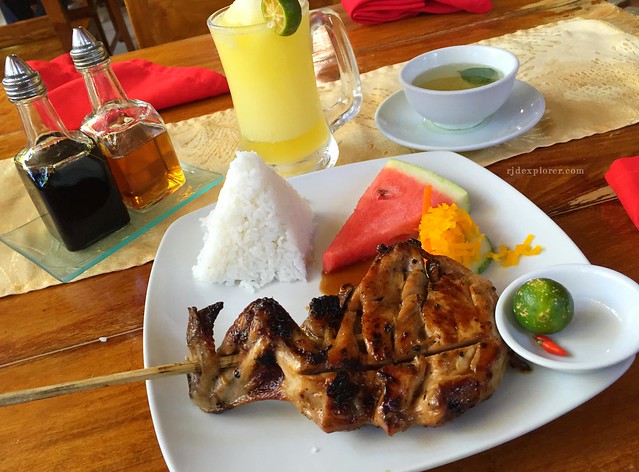 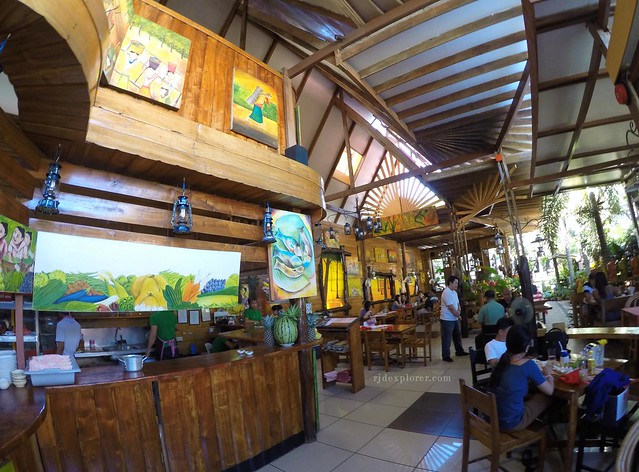 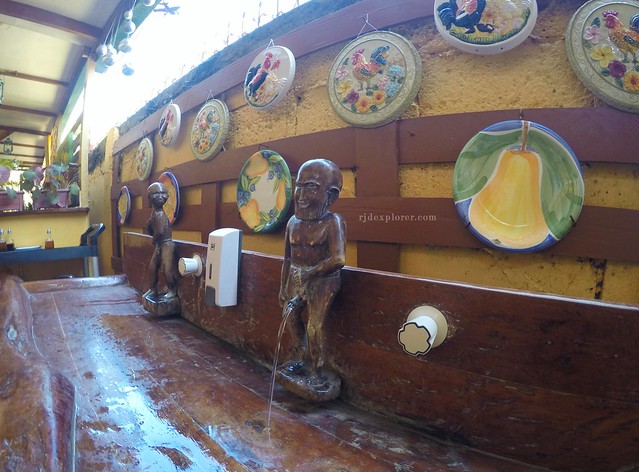 The last place to drop by before heading to the airport is La Terrasse Restaurant and Cafe. The facade of the restaurant was covered with bamboo trees so expect a tranquil vibe during your stay. La Terrasse has a dessert that was tagged as the best dessert in the city because it uses two of Palawan’s local products: wild honey and cashew nuts. 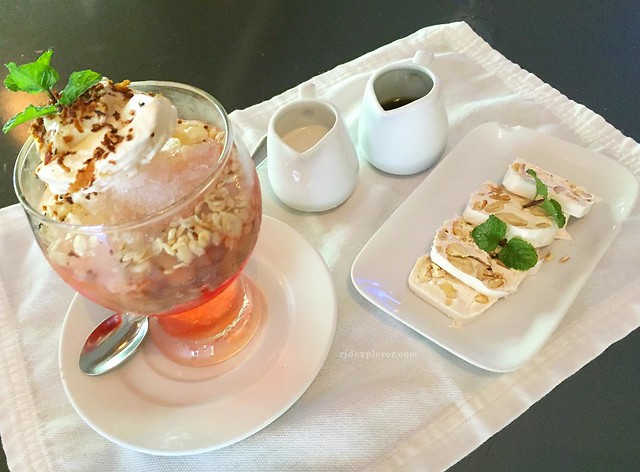 My visit was really intended for the dessert so I got halo-halo (Php100) and 50g of the famous Honey Nougat (Php180). The halo-halo has some fruits, jellies, crushed ice, topped with a scoop of their homemade vanilla ice cream, and drizzled with toasted shredded coconut. For the nougat, the dessert was chewy and the cashew nut made the texture more enjoyable. 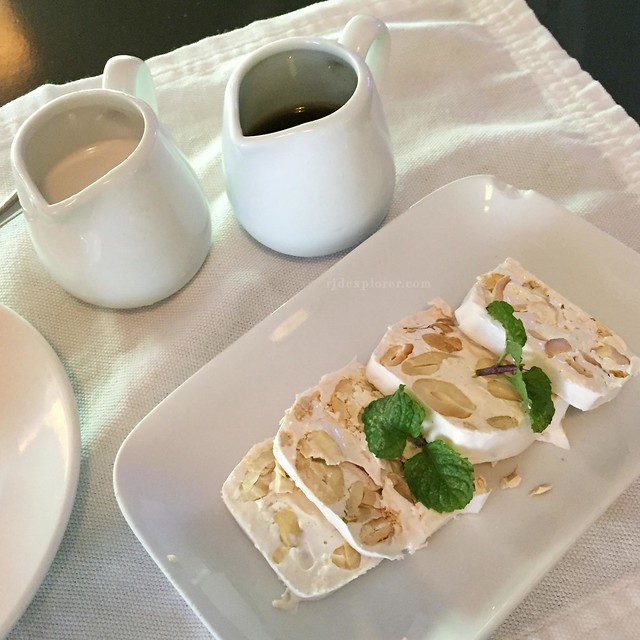 Four restaurants to add on my first list of places to eat in Puerto Princesa City. If you had one on your recent visit in the city, please drop a comment below and for us to try and add it to our growing list.