On the last approach of the bus to its terminal station, I noticed that most locals left inside the vehicle were aged forty and above. Each has a backpack, with a water tumbler on the side pocket, and a trekking pole. I know Yangmingshan National Park is a great outdoor destination in Taipei but at that moment, I think I wasn’t prepared for the activity I’d be doing. I had with me my sling bag, non-trekking white rubber shoes, and a small bottle of mineral water I got from our hotel’s welcome treat. 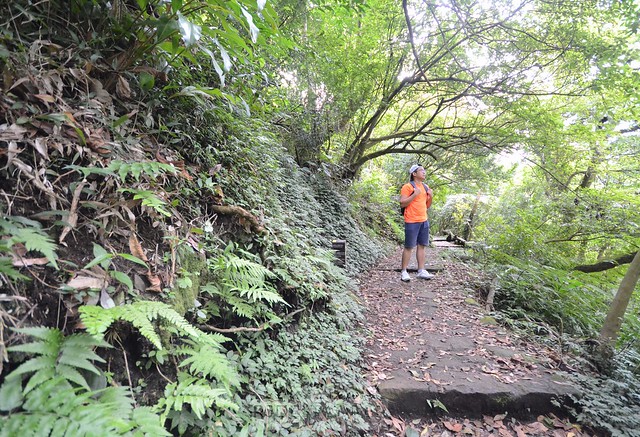 It was a hectic day touring Taiwan’s northern coast. Yehliu Geopark and Jiufen Old Street were swarmed with thousands of tourists due to the dragon boat festival holiday. We arrived back in Taipei around ten in the evening. Following day was supposed to be Shifen and Pingxi day trip but circumstances brought me to Yangmingshan National Park.

Right after we settled in the comforts of our European-inspired room at Morwing Hotel Culture Vogue, I already searched for ways on how to get to Shifen. My two friends, on the other hand, decided not to join me because they still need to fulfill their shopping needs before their flight back to Manila. 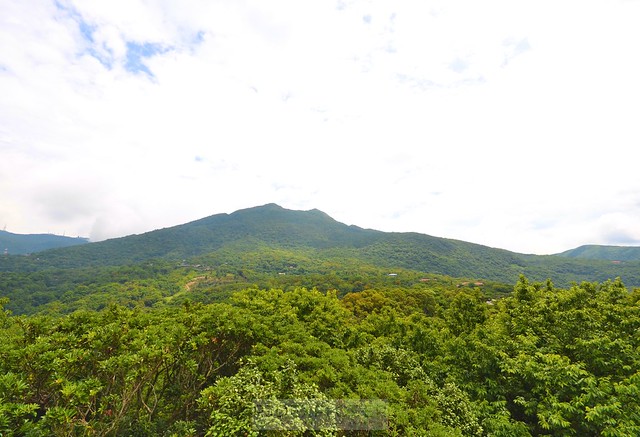 Looking at the destinations left on my list, I decided not to continue to Shifen and just considered Yangmingshan National Park. The park’s accessibility from the city convinced me to just postponed the Shifen tour. At six in the morning, I was in front of my computer checking the transportation route to the national park. 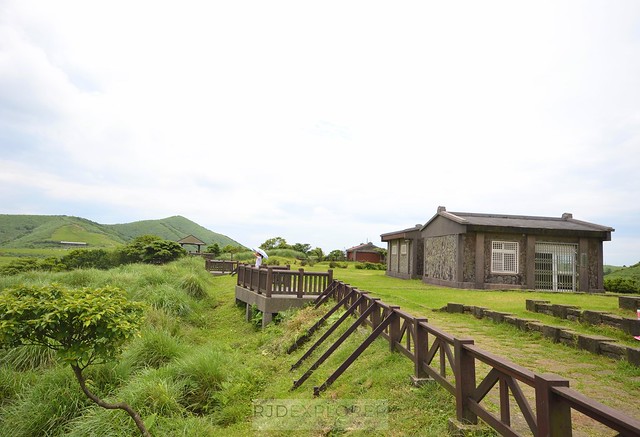 Since our hotel is just two blocks away from the main station, I found myself inside the red line heading to Jiantan Station. A transfer on a bus stop just outside the metro line brought me to Yangmingshan bus station. The nearby food stall serving taro noodles became my breakfast place that Tuesday morning. 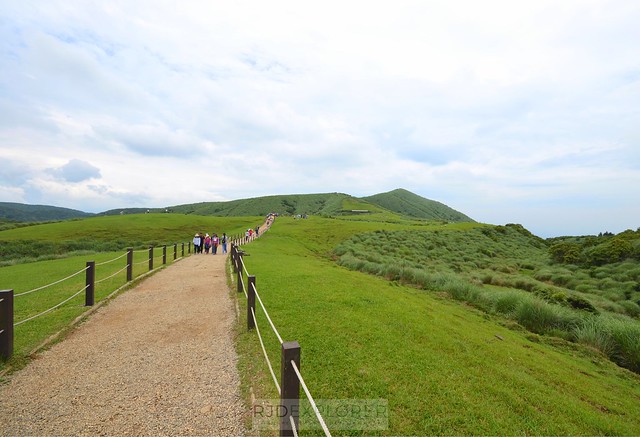 The pedestrian trail offered me a thriving flora and fauna. Tree branches covered with moss and some bugs and caterpillars along the trail. Trees of different species canopied the trail making the trek a little bit cooler. I was not prepared for an arduous trek and after walking for fifteen minutes, I was already gasping for air. The marked trail brought me to the Yangmingshan National Park visitor center. 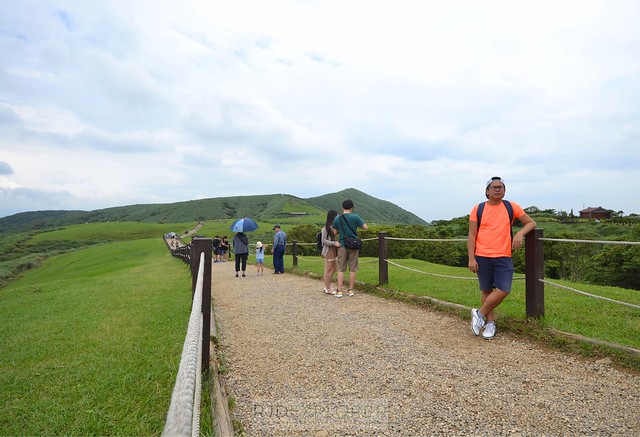 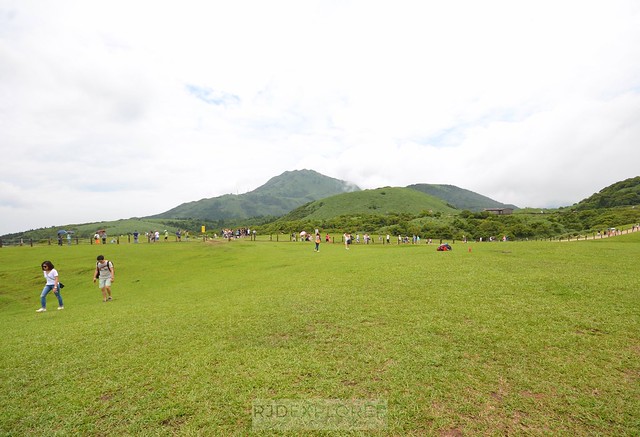 There are 18 nature trails in Yangmingshan National Park and these are divided into four major systems: Qingtiangang, Mt Qixing, Mt Datun, and the pedestrian trail system. These trails have different characteristics and trying each one will expose you to marvelous natural landscapes, volcanic geology, animal and plant ecologies, and cultural history of Yangmingshan National Park.

After visiting the Yangmingshan National Park headquarters, a park ranger advised me to board a certain bus number. I forgot the number and thought that there’s only one bus number roaming around the park. I joined the locals and turned out that I got out of my way. Asking the help of another park ranger and Taiwanese students, I made my way to Qiangtiangang Trail System. 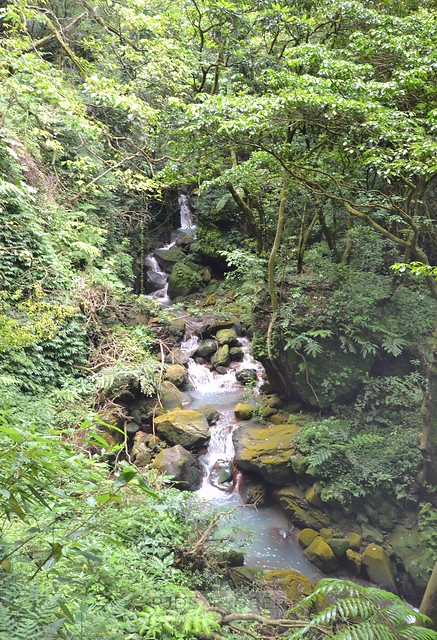 Qiangtiangang, an expansive grassland, is a lava plateau formed when lava rushed from Mt Zhugao. I enjoyed the view so much that I spent about an hour wandering around the trail and the grassland. If you’ve been to Marlboro Hills in Batanes, Qiangtiangang grassland looks similar. 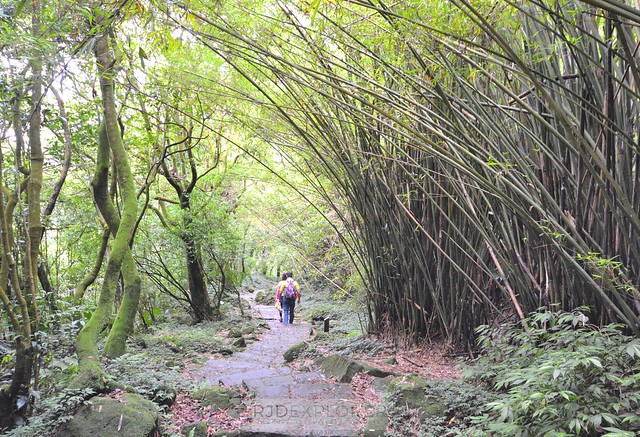 From Qiantiangang, you can also take several trails to discover more of its natural landscapes and historical significance. Options include a 2.4-kilometer loop trail, the zigzagged Japanese trail, Jinbaoli trail gate, and the 6.4-kilometer Shiti trail. I did a tiring side trip to Juansi waterfall before I made my way back on a trail that led me to another entry point of the park where I boarded a bus back to Jiantan Station.

It was an impromptu and unprepared half-day trip for me. But the spontaneous trip allowed me to relish every moment either by getting lost, talking and asking help to locals, and enjoying stunning views of Taipei.

How to go to Yangmingshan National Park

Make your way to MRT Jiantan Station on the red line. Take Exit 1 to Shinlin Night Market and proceed to the left-side bus stop. Take the R5 bus or the smaller S15 or S17 buses to Yangmingshan Station. Fare is around TWD15. Another option is to take Bus 260 from Taipei Main Station. Complete travel information, here.