Caramel mocha and cappuccino were served in cute and rusty-designed cups. It’s not a fancy coffee shop but they have a coffee machine and even have a bean grinding machine. We were impressed when our orders arrived. At Php70, you can enjoy an invigorating cup of delicately prepared coffee, in the far-flung areas of Bukidnon. 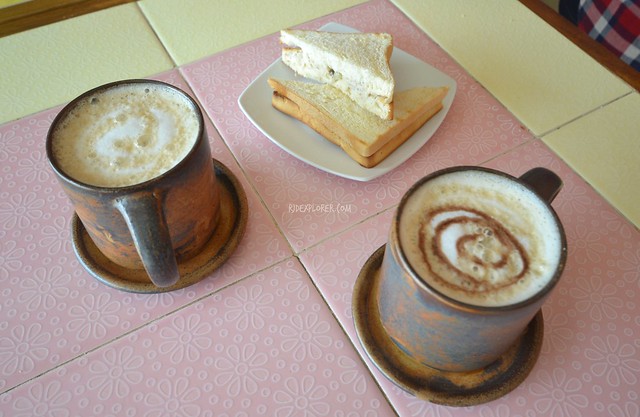 A slight hand signal by mistake required us to board an air-con bus bound for Cagayan de Oro. We were very eager to go directly to Cagayan de Oro City to catch some Pokemon but we decided to dine at a restaurant in Valencia City.

Manna & Quail, along the national highway, is a perfect stopover especially for people coming from Davao going to CDO and vice versa. It was around noontime when we arrived at the jam-packed restaurant. The planned breakfast became lunch. 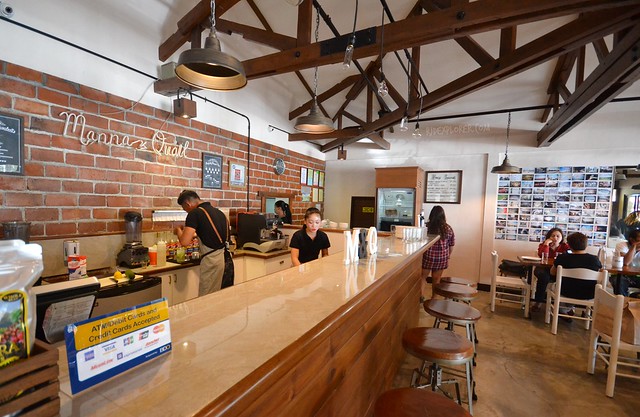 Living in big cities like Manila and Cebu, restaurants offering a wide landscape of food fares are common. Picking a place to dine is a dilemma because there are really a lot to choose from. For Bukidnon, though it has a number of cities, opening a restaurant is somehow risky. It could lead to either booming because of lesses competition or downswing because people might not into fancy dine-outs. 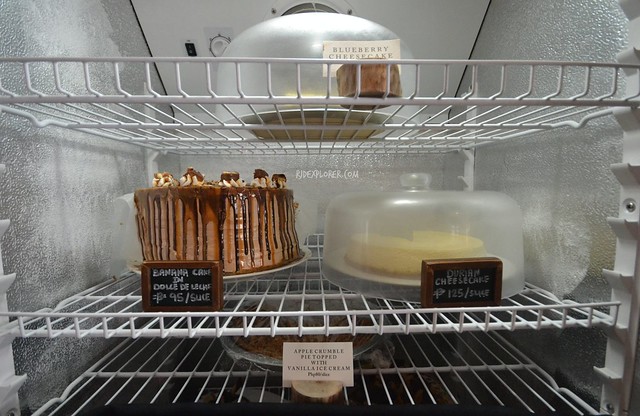 For the case of Manna & Quail, I was able to see how the locals in the area support the establishment as numerous people visit the restaurant to avail appetizing meals at very affordable prices. 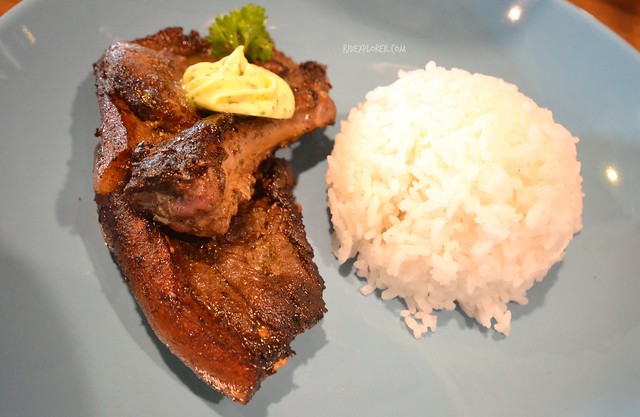 We ordered pesto porkchop (Php190), lechon kawali (Php185), and spaghetti with meatballs in marinara sauce (Php195). It was already late when I saw a frame near the counter listing their house specials. This includes orange chicken, organic garden pasta, tomato vodka spaghetti, and tomato basil sardines pasta. Desserts are also available like cheesecakes and crumble pie. 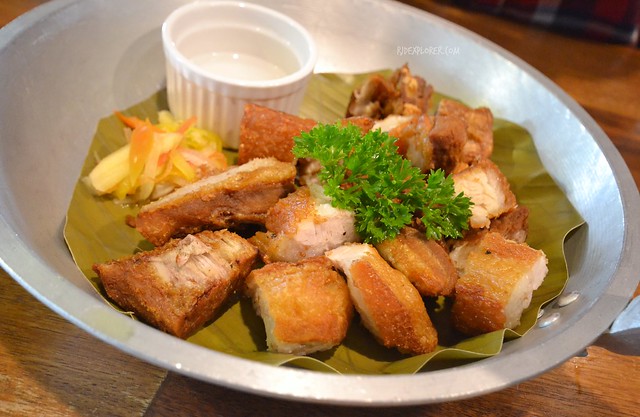 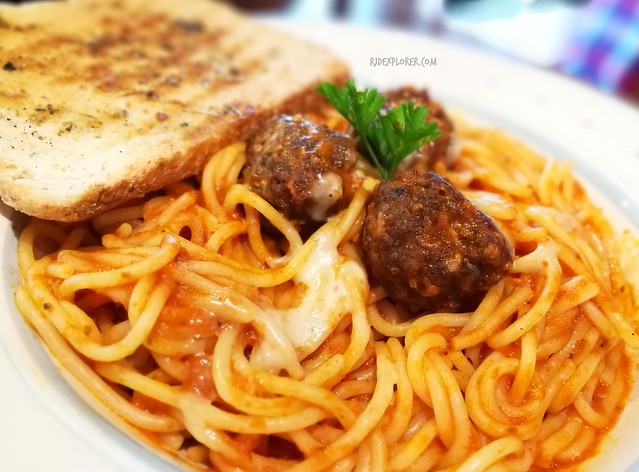 Food were not that explosive but flavors were really satisfying and will encourage you to order additional cups of rice. I was guilty here because I enjoyed the tender pork chop blazing with zesty and not-so-pungent pesto. Spaghetti was more cheesy than sour which we expected because of the ‘marinara sauce’ on the menu. Slices of lechon kawali, with crunchy skin, were literally served in a kawali (pan).

Before leaving the restaurant, I noticed that it’s also a bakeshop offering goodies like torta, baked siopao, custard cake, and staple bread. When asked why Manna and Quail, a Bible verse on one of the windows states, “At twilight you will eat quail, and in the morning you will be filled with manna. Then you will know that I am the Lord your God.” – Exodus 16:12. 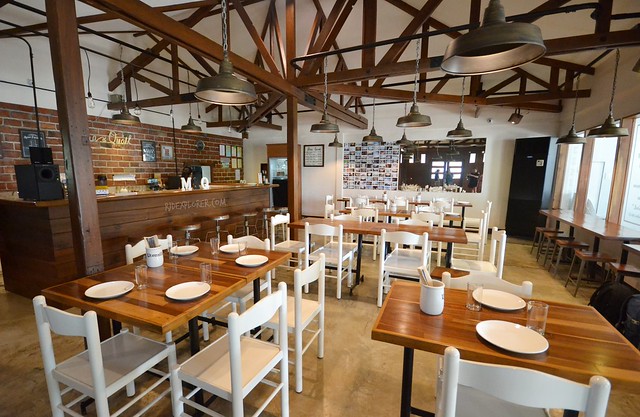 If by chance you make your way to this province and popped the question “Where to eat in Bukidnon?”, then Manna and Quail is a place to consider.