When travel bug bites, the only thing you can do is to satisfy the desire. I was hesitant since most of the people I’ve asked about the ways of getting to Maranum Falls, known also as Natividad Falls, suggest that I should bring my own service. They also said that commuting is pricey since there was no regular public transportation to Natividad. 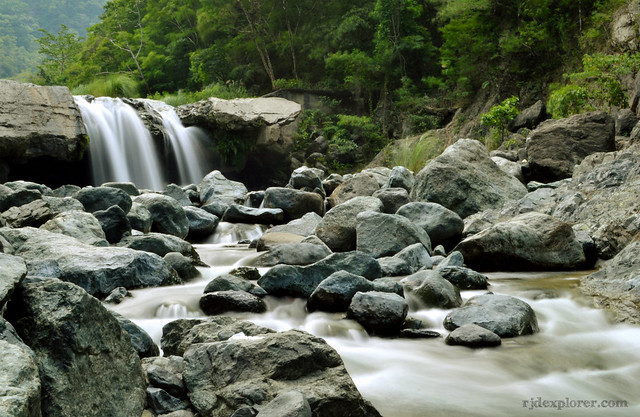 I was based in my home province, Pangasinan, during that time but still had a hard time figuring out how to go to the town that is being bordered by the Caraballo Mountains from Nueva Vizcaya. Still certain to visit the waterfall that is presently the talk-of-the-town, I decided to commute.

Luckily, there are available tricycles going to Natividad from Tayug. The problem was passengers were not utilizing the route on the morning. For me not to spend hours waiting, I chartered the tricycle for Php 200 (Php 50 at regular) just to bring me to Batchelor East, Natividad, Pangasinan. 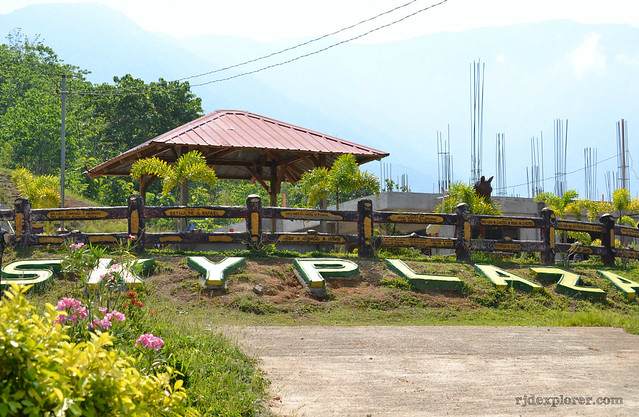 The driver told me that aside from the waterfall, another attraction is being developed by the municipal government of Natividad to become the next pilgrimage site in Eastern Pangasinan, the Skyplaza. He brought me to the jump-off point and was welcomed by a large statue of a tiger’s head. I stared at the steep road leading to Skyplaza and wanted to back out.

The steep road didn’t let me get out of reality so I found myself catching my breath for every step going to the viewing deck. After about minutes of struggling, I reached the viewing deck and can already squeeze a pail of sweat from my shirt. A Christ the Redeemer is located atop of the hill and midway is a cross. The place is not developed yet but what baffled me is that a 130-meter zipline was installed which is not a nice feature, I think, for a supposed pilgrimage site. 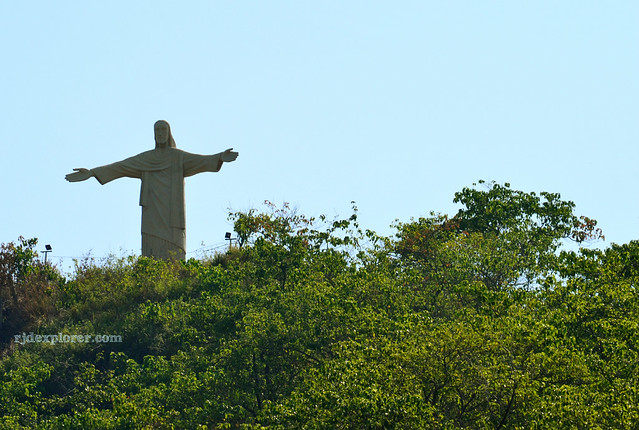 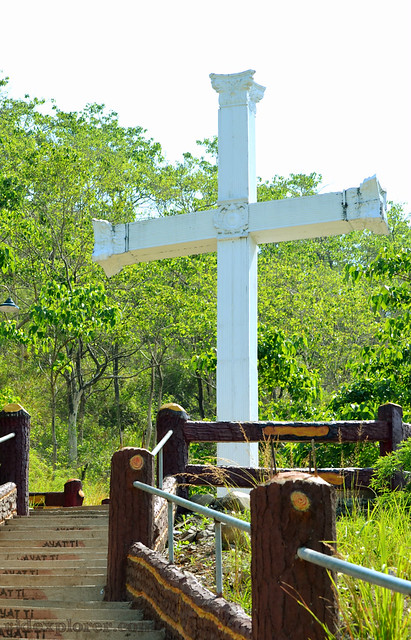 Since the government of Natividad is the one in-charge in the development of the area and construction is still ongoing, they are asking (but not requiring) the visitors to bring a small pail of sand with them when they ascend to the cross. From the upper view deck, you will appreciate the vast and lush plains of eastern Pangasinan. 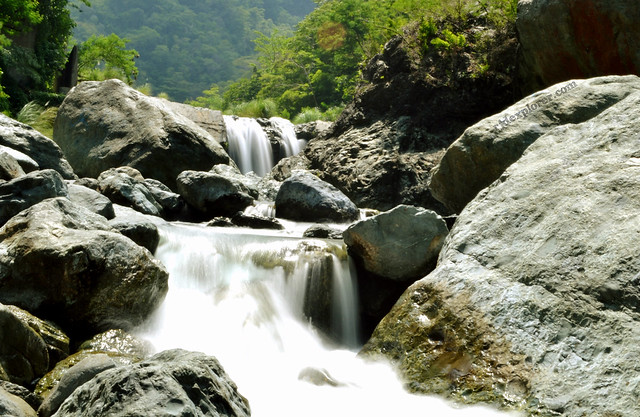 I wanted to see the waterfall up-close so I eagerly led myself down the Skyplaza and trailed the road going to the falls. But before that, there are tourism officers along the way that require everyone to register on the log book for monitoring purposes. As of writing, no fee is being collected.

Afterwards, I found myself walking on a creepy strip of brown land flanked by towering trees with birds chirping in the background, alone. There were no guides and I just followed the instructions of one of the officers, “Puro kaliwa yung daan,” to always take the left one. Fortunately, there is only one established path to the falls. 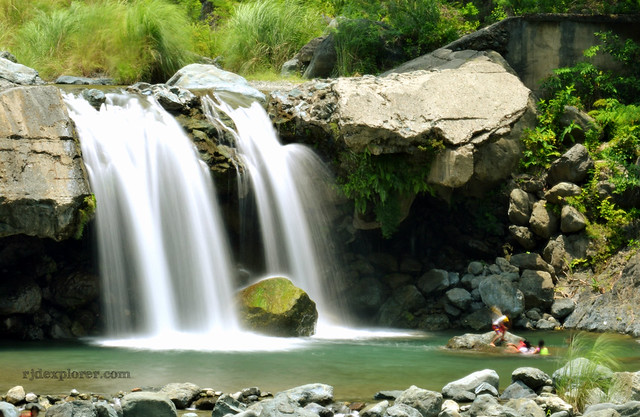 TRAVEL TIP: Another challenge was encountered when I found out that the last approach to the falls is steeper (and slippery) than what I’ve expected. You need to clasp on rocks and some vines with extra care, even more, for you not to slip and stumble on the rocky parts. Assist the elders and kids if you’re with them in visiting the falls.

The uneasy feeling was calmed down when I finally saw the Maranum Falls from afar. The falls really has an unexplainable might that really captures the interest of everyone. It has a wide basin that confines the cascading water from the falls. A large rock is located on the point where the water gushes. From the basin going downstream of Viray River is filled with large boulders. Another basin is available for swimming at the threshold going to the falls. 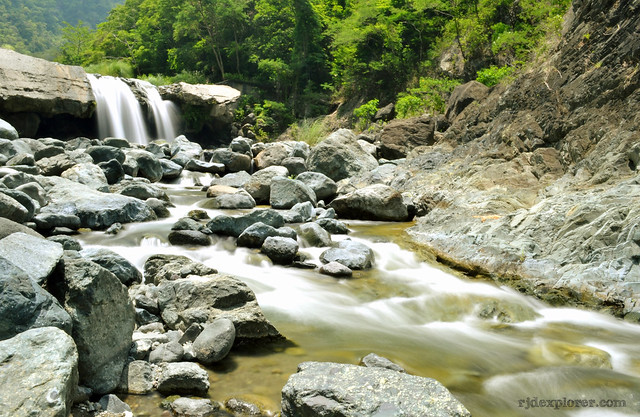 I was preparing to leave when a group arrived. I left the place before noon and going back, I met a lot of local tourists who were on their way to the falls. Mission accomplished!

HOW TO GET TO NATIVIDAD, PANGASINAN

From Manila. Five Star Bus has direct trips to Tayug, Pangasinan. You can contact their Pasay/Cubao Terminals for the fare and schedule. Travel time is usually around 5-6 hours. Make your way to the terminal of tricycles bound for Batchelor, Natividad located in-front of Tayug Public Market, fare is Php 50 and travel time is 20 minutes.

Other option is to take buses bound for Dagupan, Baguio, Vigan or Laoag and drop by Carmen, Rosales. Travel time is 4-5 hours and fare of Php 300. From Carmen, there are jeepneys bound for Tayug at SM City Rosales Transport Terminal, fare of Php 40 and 1 hour travel time.

This is my entry to Pinoy Travel Bloggers’ Blog Carnival for May 2014 hosted by Pinoy Adventurista entitled Luzon Lovapalooza.