South Bus Terminal at 2 in the morning was the agreed rendezvous for the much awaited traverse. From work, I just left my stuff at home, tossed some items in my bag that I believed to be trekking essentials, and took a jeepney ride to the bus station. The labyrinth of chairs required the group to skip the maze, and go over the row of chairs, which was strictly prohibited. There were no queues of passengers, by the way. 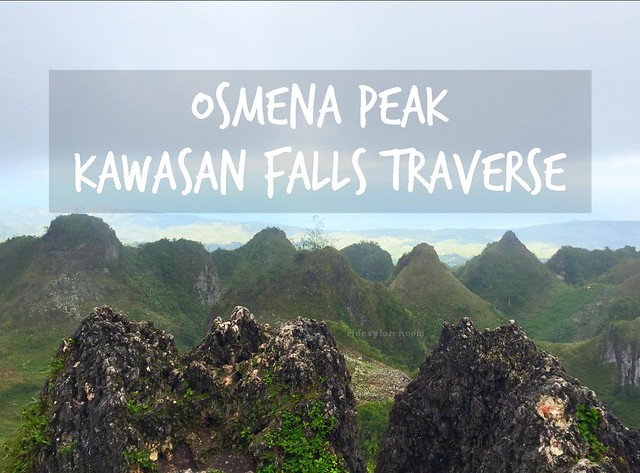 We boarded the 2:30AM bus bound to Bato via Li-loan and our fight to get a relaxing sleep inside an air-conditioned bus started. It came to a point that I was already drooling, not by mouth-watering food, but because of my desire to get a nice sleep. After almost 3 hours of wobbly ride with my head banging from side to side, we reached Dalaguete, Cebu. 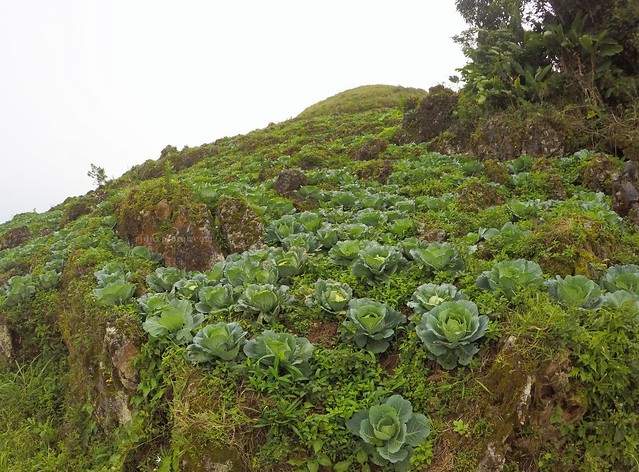 The sun started to peek from the horizon and the prior plan of walking from the highway to Mantalongon market, and to the jump off point was already absurd. We wanted to witness the sunrise so we decided to avail habal-habal rides being offered by the pushy drivers. Some steep and curvy roads and we arrived at the jump off point that reminds me of Mountain Province; mist, some cabbages on sight, and the icy air from my mouth. 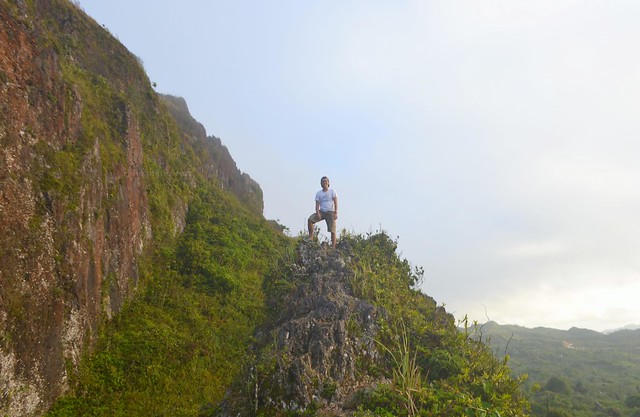 There were no fees collected from us so we started the short trail to the famous peak in Cebu. We passed by a hill that the group scrambled to climb and take a photo. After the short break, we continued the established trail and arrived on the foggy Osmeña Peak. Several groups were already enjoying the nippy weather on the mountain, wishing for the sun to finally get out of the fuzzy horizon. 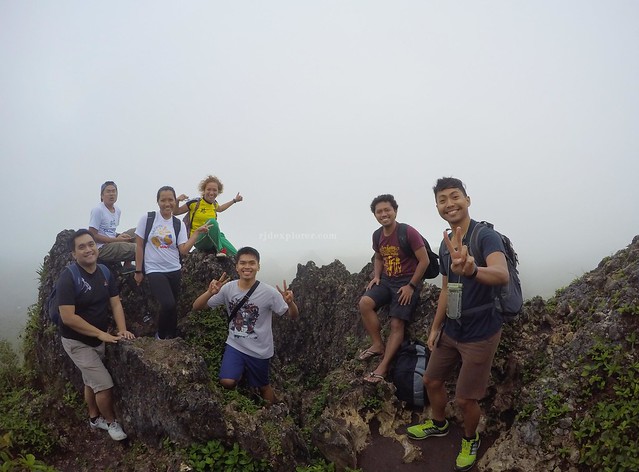 A local kid approached us and asked if we need guiding services from him. Since one of our buddies regularly does the traverse, we regret to decline his offer. Since we requested for the harder trail, not the one utilizing the paved roads on some residential parts, the kid instructed us the way. Another kid/guide saw us starting the trail and said that we were on the wrong way but the first kid insisted that it was the right path to start the traverse. 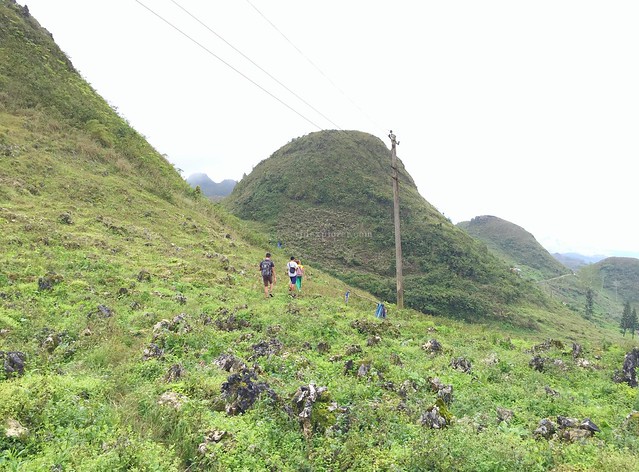 The trek started. Ubiquity of cabbage in the trail made us wonder if the crop was really grown by farmers or just naturally pops out from the ground because if someone is farming the vegetable, they won’t allow some of it to be rotten. Anyways, we saw locals carrying large baskets full of cabbages. 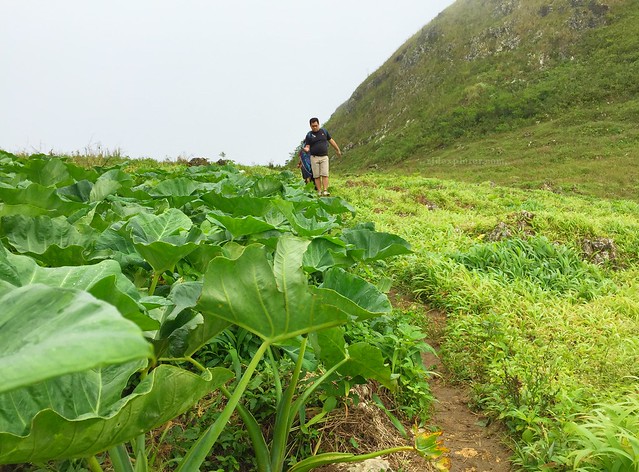 One mountaineer and six wannabes with full excitement and really eager to conquer the traverse, trekked for almost five hours from Osmeña Peak to Kawasan Falls. The first view we had was a landscape of hills covered with greens with some cabbages and carrots on sight. After few minutes, we saw a paved road that led us to a small village. We continued and met some locals, mostly kids, on their way to fetch some fresh water supply for the day.

The trek continued on some steep courses, a path with the view of a ravine blocked with ferns, a basketball court, corn fields, goat-infested trail, under towering coconut trees, and again on a village where we had a break and bought bottles of Coke to replenish our sugar. After that, the most grueling part of the trek under the scorching heat of the sun at one in the afternoon plus the heat coming from the paved road almost pinned me down. 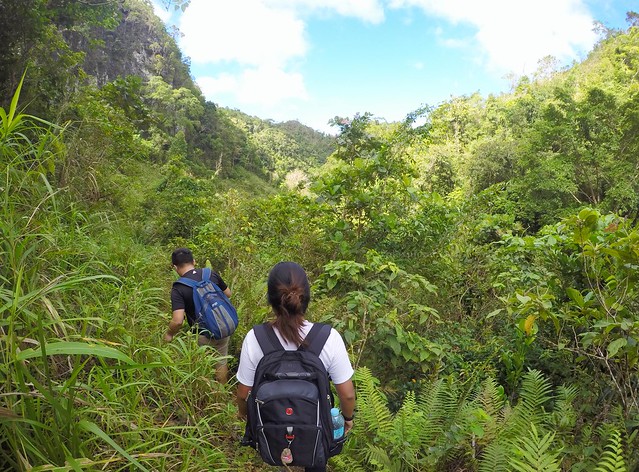 On the last hour of the trek, my right knee already gave signs of conceding so I slowed down my pace and momentarily supports my right knee. On the last stretch of the traverse, the one that leads to the Kawasan Falls, my knees were already shaking as I descended the muddy trail. When we arrived at the falls, we immediately took off our footwear and relaxed our feet in the cold water. 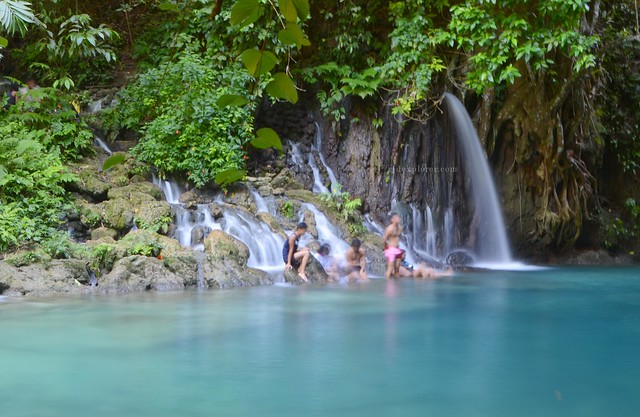 The mountaineer newbie in us didn’t bother to bring food for lunch so we were forced to buy food on the stalls/lodgings located near the second level of Kawasan. We craved for some barbecue and stir-fry veggies for lunch but all booths don’t entertain walk-ins as they have a lot of guests. The cravings resulted to cans of corned beef with scoops of rice. We considered the simple meal as one of the grandest meals ever, given that we struggled for almost five hours. 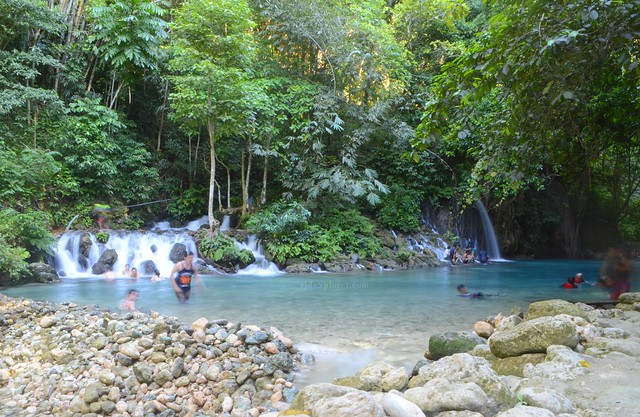 We continued swimming and lurking in the waters while watching some tourists leaping as high as 40 feet for their canyoneering activity. The local kids created a natural slide by clearing out the big rocks on the side of the stream and putting these rocks as barriers to contain the flowing water, simple joys from simple people. 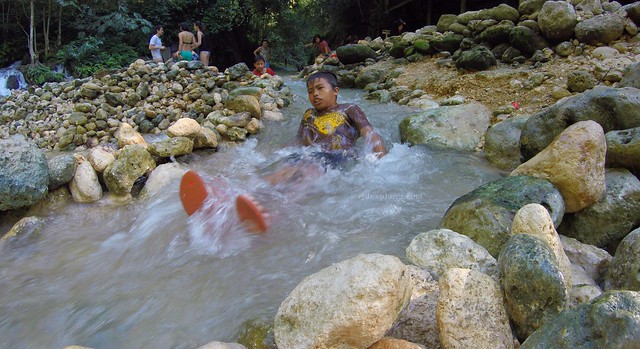 Around 5 in the afternoon when we finally trailed the way to the highway from the waterfalls to wait for buses bound to Cebu City. The trek was indeed tiring and draining yet it was fun and a memorable one for most of us. The activity left us sleeping and snoring inside the bus on our way back to the city.