Pahiyas Festival in Lucban, Quezon has always been a dream festival for me. Since I started working in Manila, we constantly considered joining the festivities but sadly, schedules didn’t work for us. It was ironic that I was able to join the harvest festival when I was already based in Cebu. 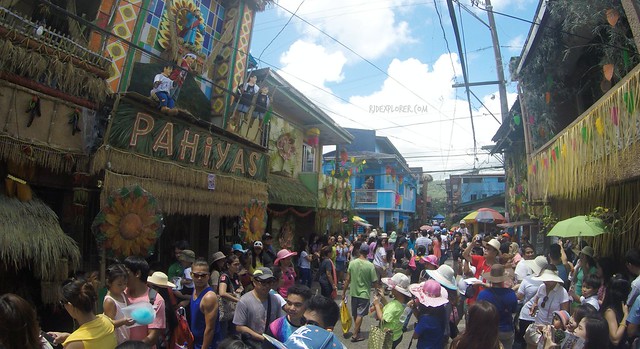 Thanks to my Cebu Pacific GetGo points and a seat sale because I was able to score a flight to Manila. I only paid the tax and terminal fee because of that. Not familiarizing with my flight itinerary almost made me miss my flight on an early Saturday morning. The amazing race-like transfers I did from home to the airport enabled me to check-in and board the plane bound for Manila. 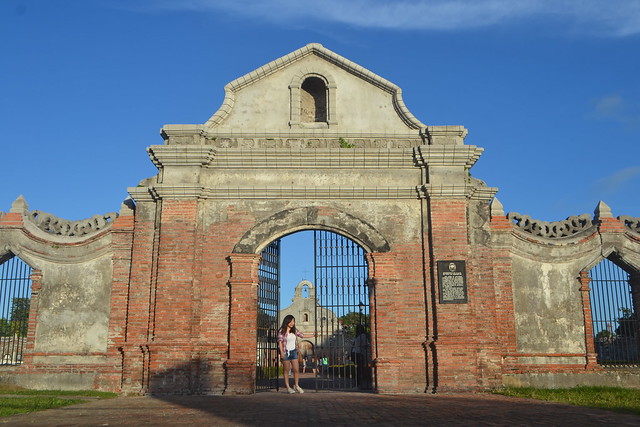 We originally planned to commute from Buendia to Lucena to Lucban. But a friend, who has a car, decided to join and agreed to meet us somewhere near MRT Buendia. There are several routes going to Lucban and Waze suggested the via Nagcarlan way. With that, I was pushy to drop by Nagcarlan Underground Cemetery for a while.

After another hour, we arrived at Lucban, Quezon with thousands of vehicles already lined up the side roads. Locals were available instructing just-arrived tourists to follow a narrower road to a parking area. Since it was too early to wait for the parade and to visit the houses decorated with agricultural products, we flagged a tricycle to Kamay ni Hesus Shrine. 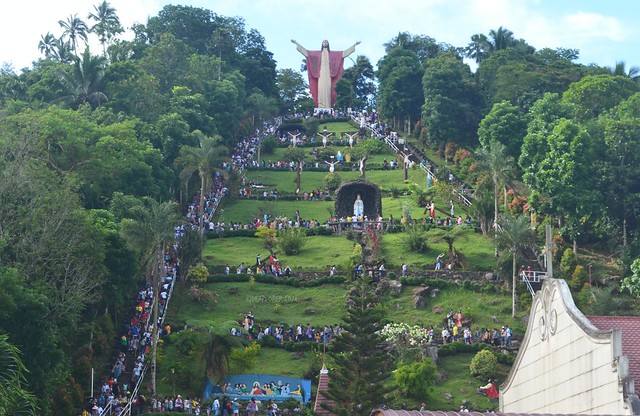 Still, flock of tourists and churchgoers invaded the shrine. Getting to the large image of Jesus the Redeemer on top of a hill required some sweat and time. Hordes of people crowded the swirling path from the foot of the slope to the base of the statue. Going down was faster because tourists, at that time, were already excited to check out the impressive facade of houses in major thoroughfares of Lucban. 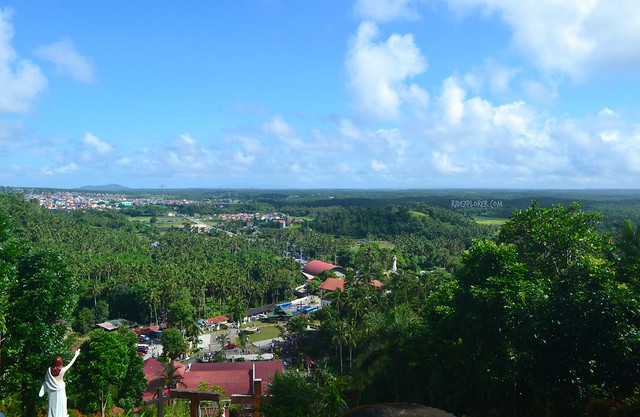 Going back to Lucban Proper was again a challenge. Tricycle drivers were already declining passengers because of the congested traffic situations near the event area. The struggle came to a point that we needed to argue with the drivers for us to have a ride. People started walking under the scorching heat of the summer sun and it was not a good idea for me. Luckily, a kind driver allowed us to give us a ride. 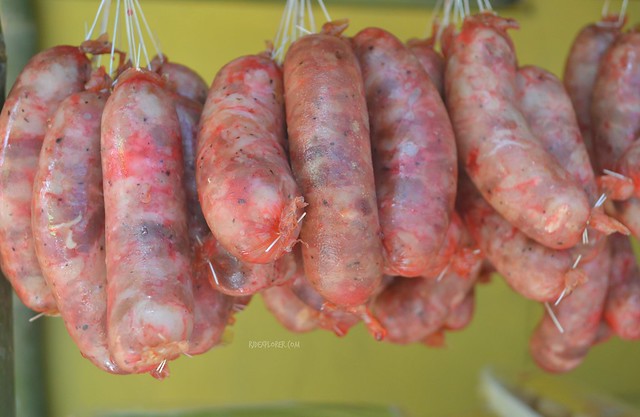 With some burgers and coffee from the early travel from Manila, we decided to avail the famous pancit habhab which was ever-present on the sidewalks. It was my first time to try and eat noodles directly on a banana leaf. Without any utensil, the way of eating it was really fascinating and funny at the same time. 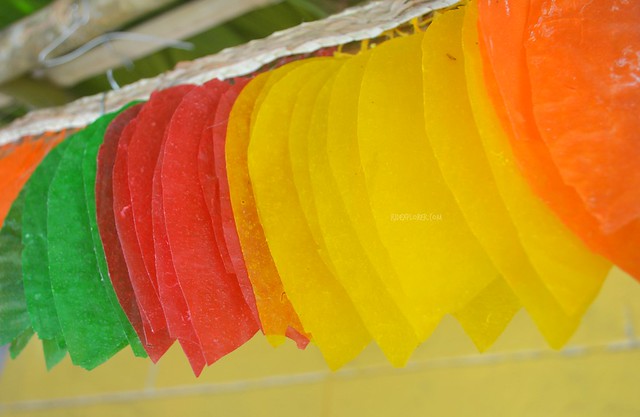 When we assumed we were already full, we joined the large crowd busy hopping from one house to another. Ornamental plants, agricultural products such as coconuts, rice grains, banana, and assorted flowers, served as decorations for the houses’ frontage. But the common material for every house is the kiping. 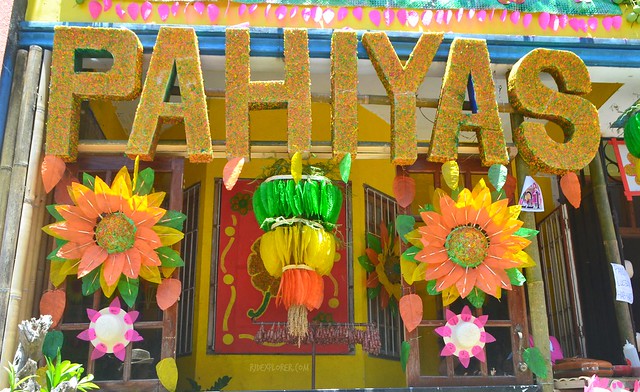 Kiping is the leaf-like decorations in different colors that add vibrant effect on the tableau. It is actually a wafer made from rice-flour and water. The process of making the famous kiping starts from proper choice of fresh leaves that will serve as molds. It will then be followed by preparing the rice paste and adding food coloring. The paste will then be spread on the leaves and steamed. Finally, after steaming, it will be dried off and peeled from the molds. 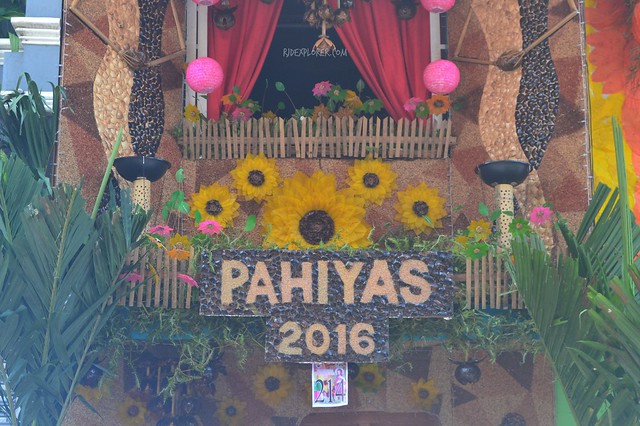 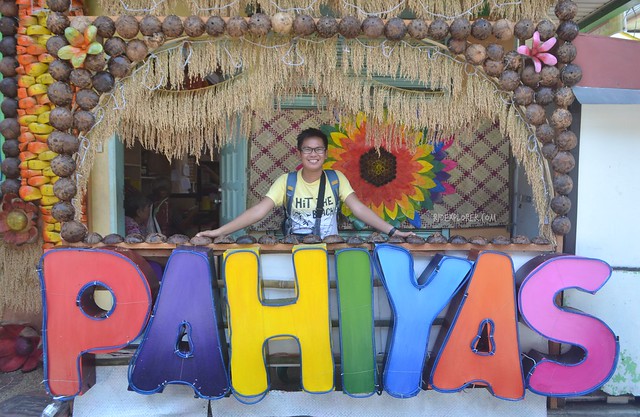 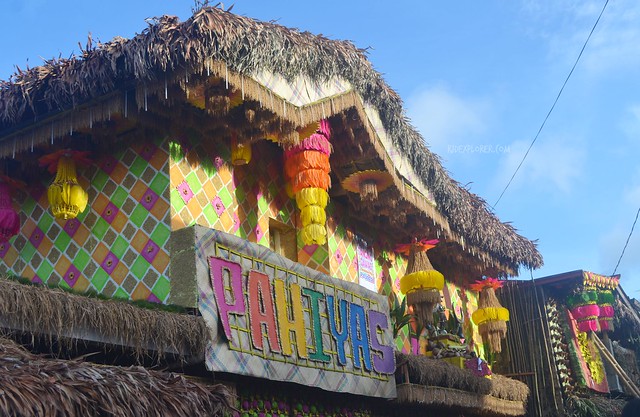 We spent few hours taking pictures and posing on different houses that made us tired and famished. Since it was already lunch time, next we did is to score a table at jam-packed restaurants for a proper meal. The town was not yet ready to accommodate the huge crowd that resulted to a handful of restaurants having super long queues. We waited for more than an hour just to get a table and another hour for the crew to serve our orders. This event did urge me not to attend Pahiyas Festival anymore. 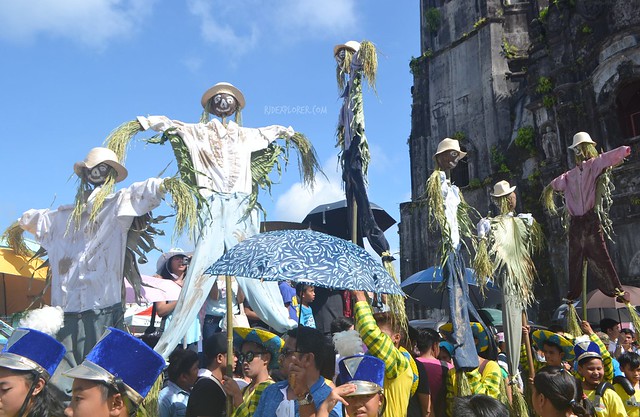 After the sad reality of having lunch, we continued to the nearby San Luis Obispo de Tolosa Parish Church, also known as the Lucban Church, for the parade. Components of the parade include a marching band, street dancing, higantes, parikitan – ladies flaunting colorful costumes made from indigenous materials, some floats, and farmers with props. 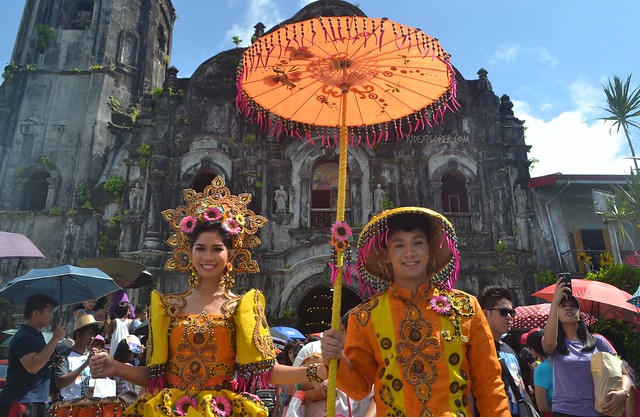 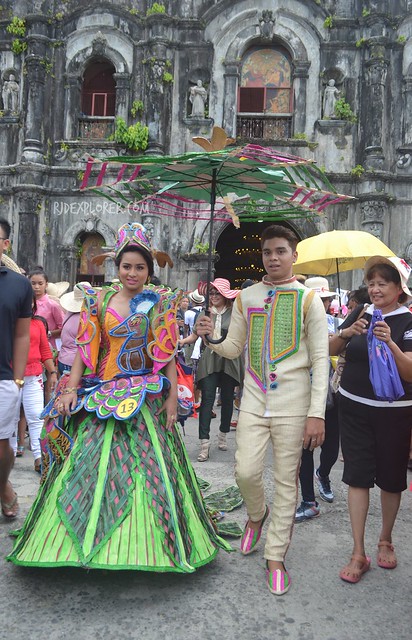 The parade route tracked the streets having the perky houses but we didn’t bother to join the crowd anymore. After waiting for friends who literally spent the day on the commute from Lucena City, we decided to leave the town. Some of the group utilized public transportation so I joined them on their way back to Manila. The terminal of jeepneys bound to Lucena City was absurdly long and people on queue raid every time a jeepney arrives. There was no system implemented. The situation continued on Lucena bus terminals. 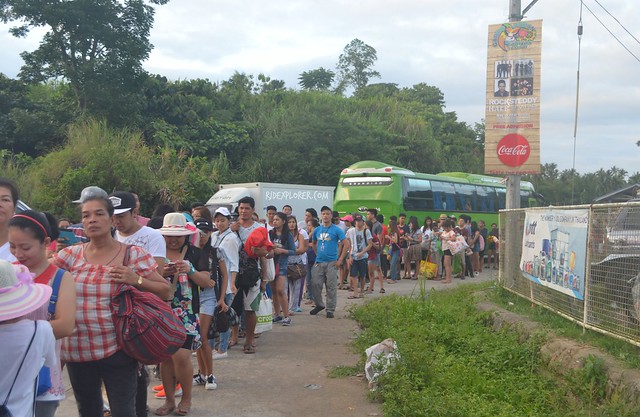 Pahiyas Festival is different from the commercialized festivals like Sinulog or Panagbenga. I had high expectations before the visit and it was just awful that I had it on a weekend when everyone was off from work and free to join the festivities. With this, the tourism office should have expected the high volume of tourist who would join the festival for proper planning in terms of traffic congestion, food places available, and a better system of public transportation.

1. Don’t ever attend the festival if the schedule falls on a weekend. You will not enjoy the festival, trust me. The event is for good harvest, not a street party.
2. If you plan to commute, take the earliest bus, around 1 AM, from Metro Manila to Lucena City.
3. If you’ll utilize your own vehicle, better to arrive in Lucban around 5 AM for you to secure accessible parking spaces. It’s also better to bring your food because restaurants in town can’t handle and accommodate the crowd.
4. Bring a lot of water to avoid dehydration.