It’s really a shame to spend only 24 hours in Rome, Italy. If not for the hullabaloos of our flight to Europe, we could’ve spent another day in the Italian capital. Nevertheless, we stuck with our itinerary and visit as many tourist attractions as we can within 24 hours. This is not recommended, but due to the constrained time, we needed to compress our 2-day Rome itinerary into one. 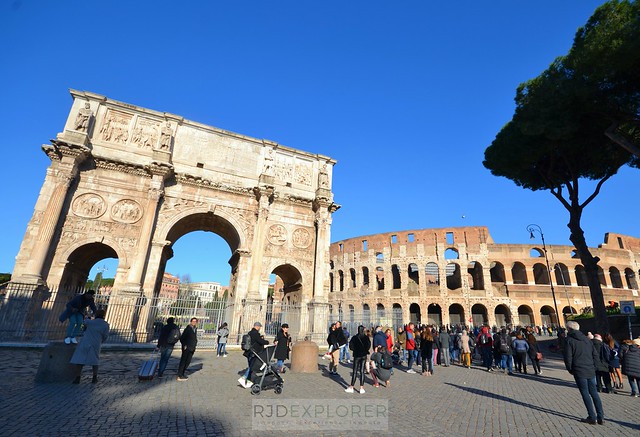 How to Get to Rome, Italy from Fiumicino Airport

Rome, Italy is connected to major airports in the world making it a convenient entry point when touring Europe. Fiumicino Airport, also known as Leonardo da Vinci Airport, is connected to the city center on 3 possible transfer options. You can either take a bus, train, or taxi. Cheapest option is bus for a 50-minute ride and costs EUR7. Fastest is by taking the Leonardo Express Airport for a 30-minute journey leaving every 15 minutes.

We were supposed to arrive in Rome early morning of the last Sunday of the year. With that, we planned to attend the Angelus. Unfortunately, due to the flight issues we had, we arrived in Rome past midnight the following day. Here’s what we visited in Vatican City for a limited time.

THINGS TO SEE IN VATICAN CITY

One of the famous squares in the world, where people congregate for Papal mass, is St Peter’s Square. The obelisk on the center of the square marks the center of Roman Catholicism. St Peter Square is bordered by the St Peter’s Basilica, Sistine Chapel, and Palazzo Apostolico, the official residence of the Pope. 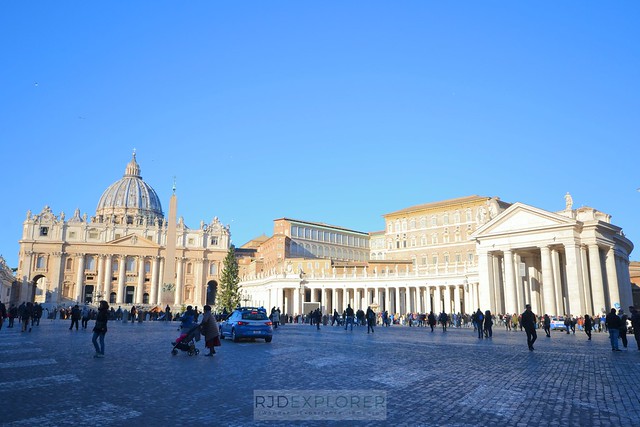 Probably one of the most interesting and sought-after places to visit in Vatican City is the renowned Sistine Chapel. Its ceiling frescos painted by Michelangelo is the highlight of the visit to the chapel. It’s also the venue of the papal conclave, where cardinals around the world gather to elect a new pope. 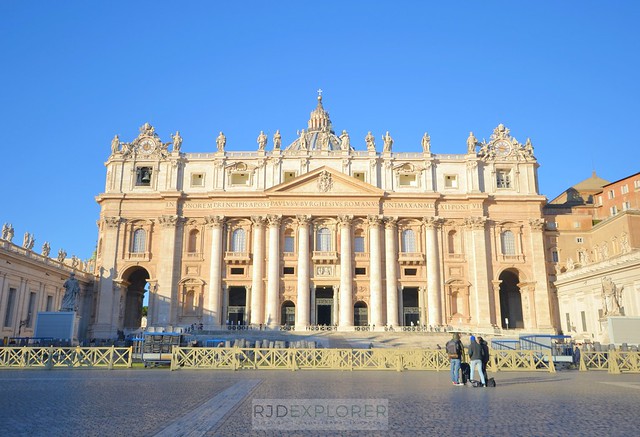 Exiting St Peter’s Square via Via Della Conciliazione, you will marvel at the cylindrical building of Castel Sant’Angelo. It was once the tallest building in Rome and was originally built to serve as a mausoleum for Roman Emperor Hadrian and his family. The structure was then converted to a papal fortress and castle at the beginning of the 14th century. 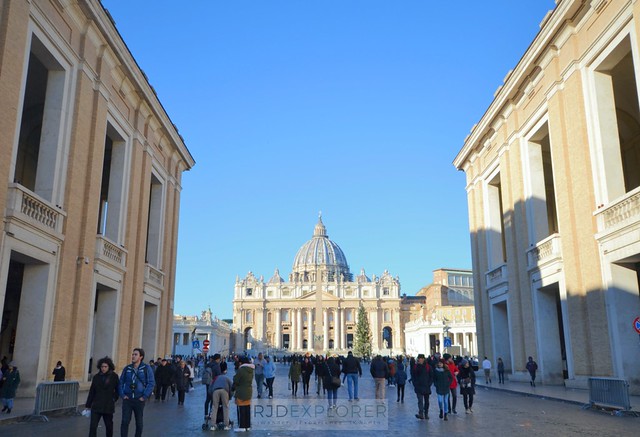 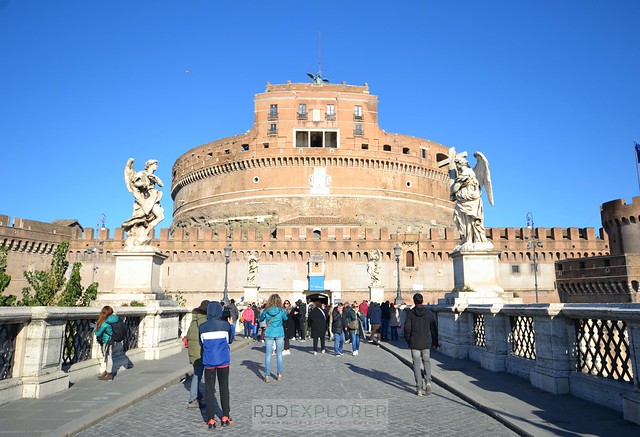 We continued to spend our limited time in Rome by hopping from one attraction to another. Thanks to the pedestrian-friendly streets of the historic city, walking on a chilly winter day wasn’t a problem at all. Here are the landmarks we were able to cover. 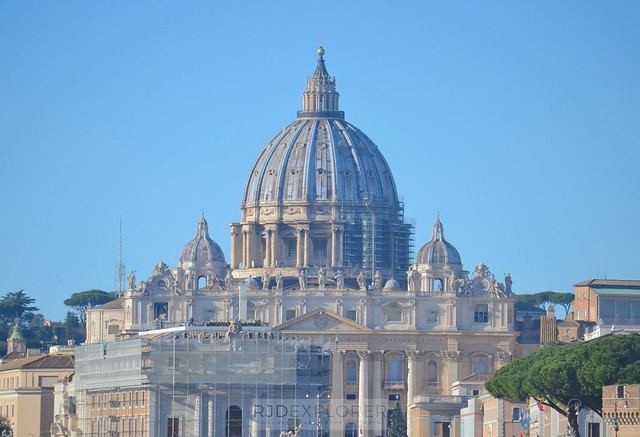 THINGS TO SEE IN ROME, ITALY

One of the most sought-after attractions of Rome is Fontana de Trevi. With its height at around 26 meters and wide of around 50, it is the largest in the city and one of the iconic fountains of the world. 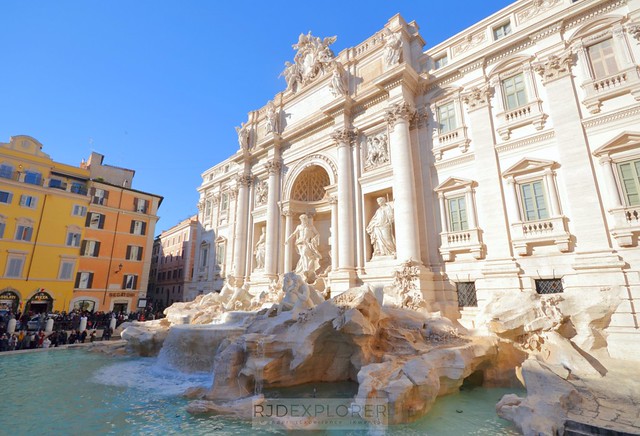 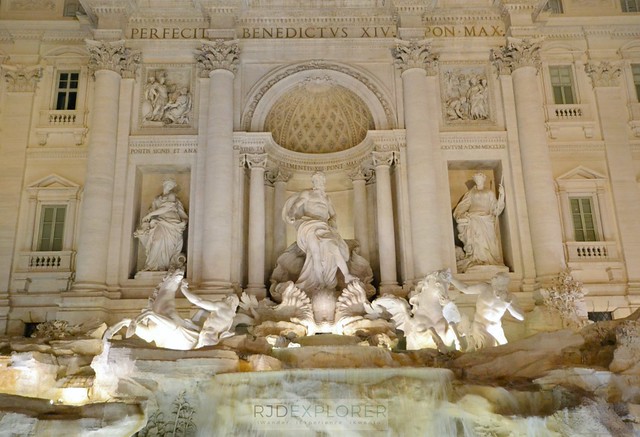 A fun activity at the fountain, apart from tourist photo ops, is coin throwing. Legends say that throwing a coin using your right hand over your left shoulder will bring you back to Rome. Since it was our first time in the city, joining the fad was instant given the limited time we have in Rome, we should definitely go back!

Altar of the Fatherland

It was included on our list but not a priority. But we passed by the monument on our way to the Colosseum and was startled by the massive monument. We satisfied ourselves staring at it since it will take us time to explore the landmark. 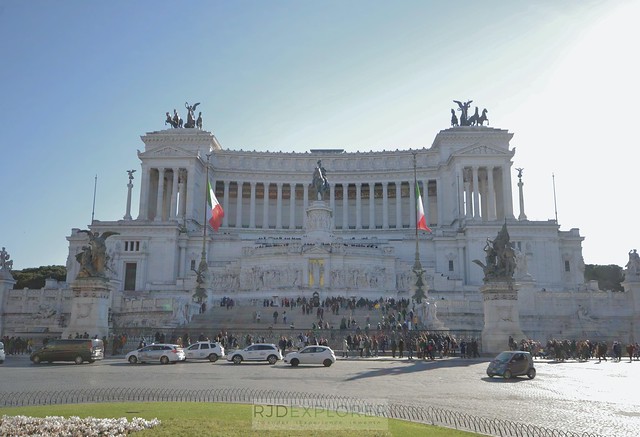 Altar of the Fatherland is a national monument built to celebrate the life of Victor Emmanuel II. He’s the protagonist in the process of Italy’s unification and liberation from foreign domination. He is tagged by historians as Father of the Fatherland, hence the monument’s name.

A major item that shouldn’t be missed by first-time travelers to Rome is a visit to the Colosseum. Add to that the nearby Roman Forum and Palatine Hill. Since we only have limited hours, we were concern about the tour inside the Colosseum. Also called the Flavian Amphitheater, Rome’s Colosseum is the largest amphitheater in the world. 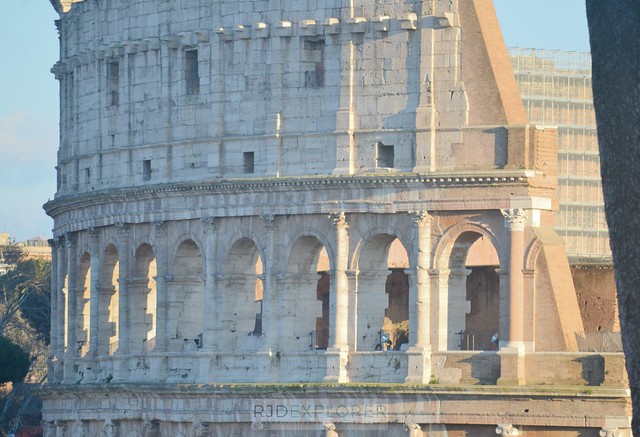 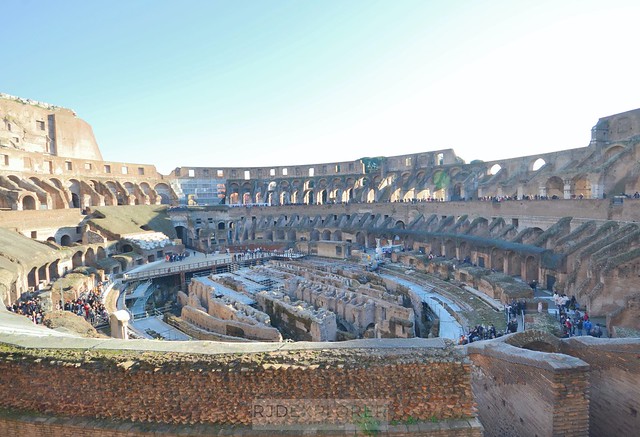 Roman Forum and Palatine Hill are adjacent to each other and tourists can freely walk around the area. Some passes include both entries to the two attractions. Roman Forum was considered the heart of Rome as it served as a multi-purpose venue for different functions. Events like social gatherings, public meetings, religious ceremonies, day-to-day marketplace, and a lot more. From the forum, you can reach Palatine Hill to get a panoramic view of the Roman Forum. 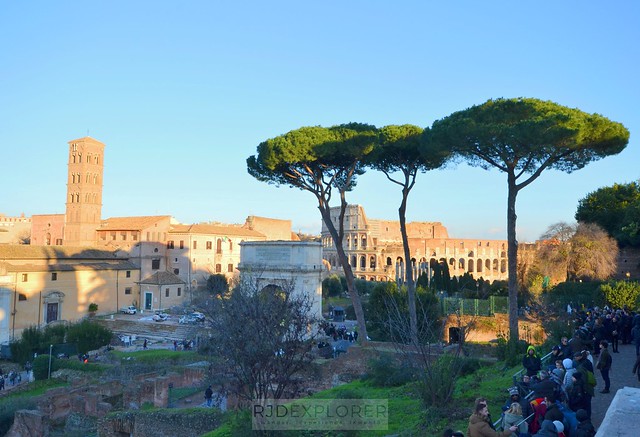 Around dusk when we reach the courtyard of the Pantheon. The night crippling the surrounding adds a persona to the imposing façade of the structure. We decided not to go inside the cylindrical building with the long lines of people wanting to enter. We just enjoyed the deafening crowd in front of the building. 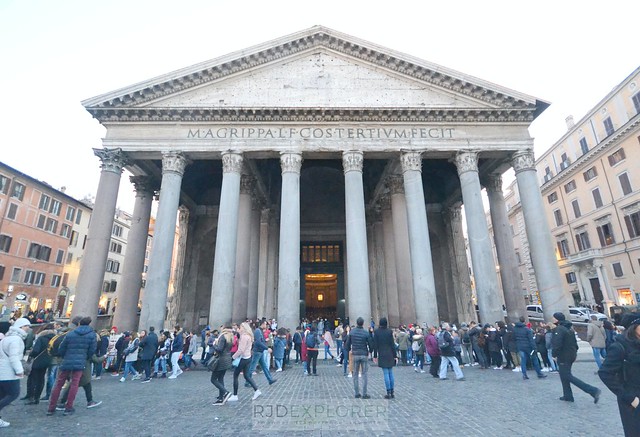 The 135-step Spanish Steps, famed in Audrey Hepburn’s movie Roman Holiday, was the last item of our day. The stairs connects Piazza di Spagna and Piazza Trinita Dei Monti. It is, however, not allowed to sit on the steps as Roman police will fine you 160-400 euros. Piazza di Spagna gets crowded and it’s nice to join the tourists flocking the café and restaurants around the piazza. 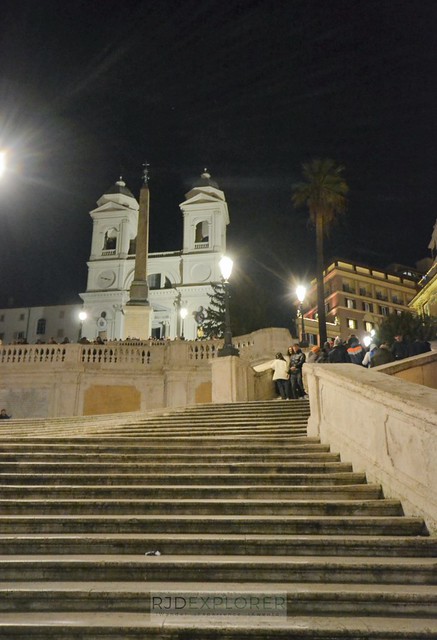 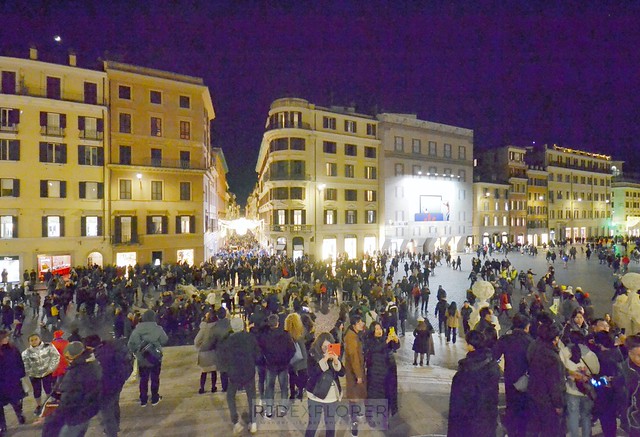 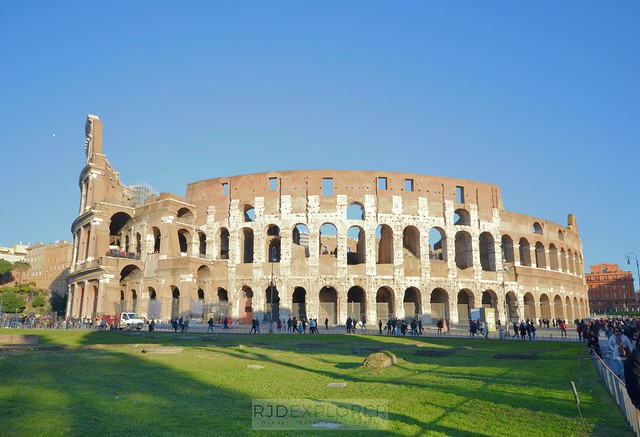 It was indeed a jam-packed first day in Europe. Though time is very limited, we were glad to visit and enjoy a handful number of notable landmarks. We do agree that a day of roaming around Rome is not reasonable as the city offers more than what we’ve expected. Nonetheless, for those who have only limited time to explore Rome, Italy, then the items included on this list might appeal to you.