Main gate of Chinese Garden is on the west side and coming from the MRT Station, I got inside the garden through the east entrance. Before the wooden bridge, fringed with red fence, are stalls selling sodas and chips. I heard a person warbling an Aegis classic being played on a portable radio. The Filipino in me discerned that surely he’s a Pinoy. 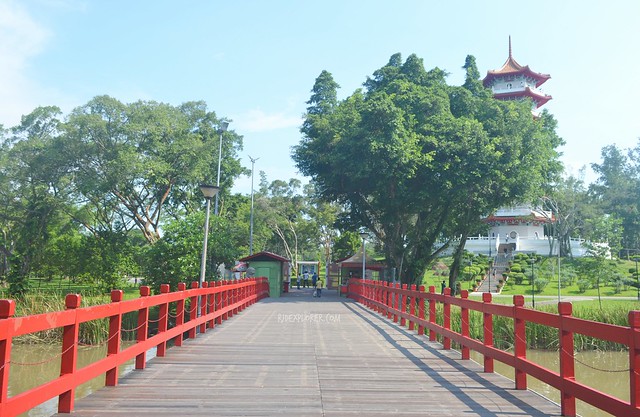 The seven-storey Pagoda (Ru Yun T’a), on a small hill, towers that part of the garden. Visitors are allowed to conquer the levels of the structure to check a different perspective of the garden from a vantage point. The clamor I heard while approaching the pagoda discouraged me to climb to the deck. Few yards away are the statues of the eight heroes. Four of the eight ancient Chinese heroes are Lin Zexu, Zheng He, Wen Tianxiang, and Yue Fei. Several locals took advantage of the shaded part of the garden to set-up for some picnics. 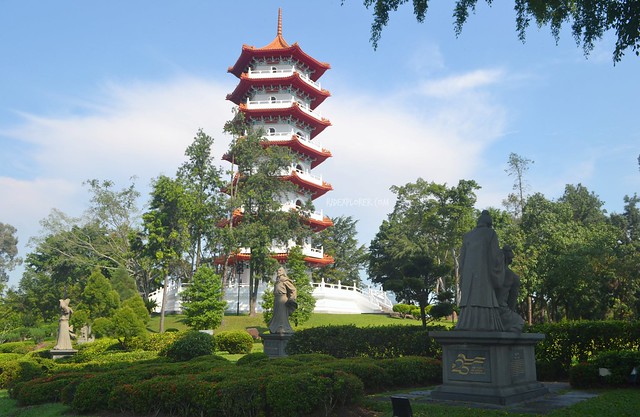 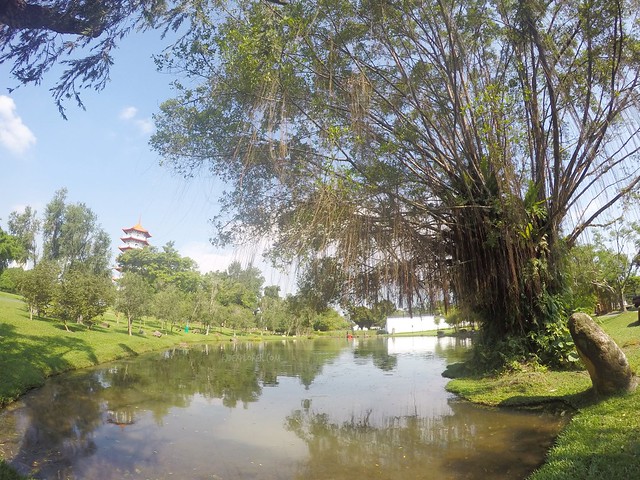 My search for the twin pagodas started. The paved road led me to a body of water that I assumed to be a lake within Singapore‘s Chinese Garden. Found later that the garden itself is an island in Jurong Lake. The well-manicured grass, which surrounds the water, was perfectly landscaped and traces the water’s edge. Bamboo and other trees also encircle the area. 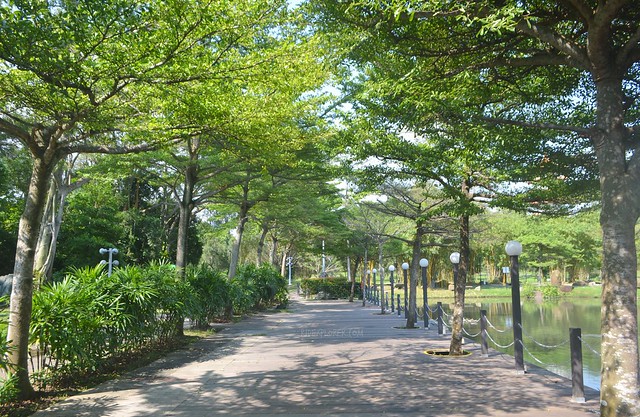 The adjacent “lake” is being bordered by the Tea House Pavilion, Stone Boat, and Confucius Statue. The Ming Hsiang Hsieh (tea house) and the Yao-Yueh Fang (stone boat), on opposite banks, have red posts, on white concrete platforms, that support the tiled roofs. Trees canopied a wooden boardwalk and I enjoyed the spot where I sat for minutes while watching a monitor lizard whirl on the water. 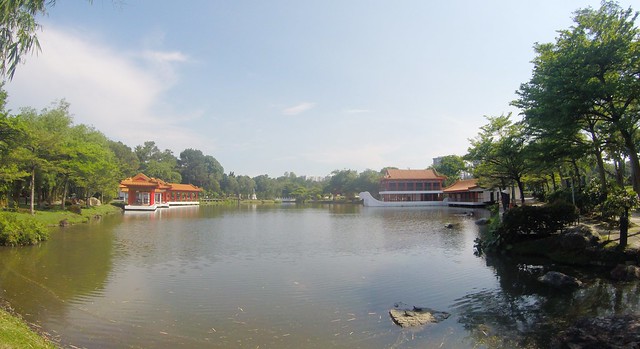 Few more walks and I arrived on the northernmost spot of the garden, the exact location of the Twin Pagodas. Some meters apart, both pagodas are three-storey and on an extended walkway above Jurong Lake. Same with the ‘Ru Yun T’a, guests explore the structure to take sight of the marvelous view of the lake. Sunrise and sunset are the best times to visit the twin pagodas and I was so blessed to visit it during noontime. I’m sarcastic. 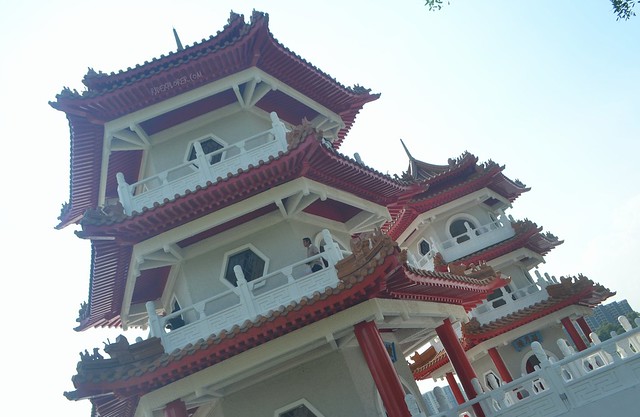 Still too tired to join tourists on taking the stairs, I continued to the nearby White Rainbow Bridge. I have no idea as to why they chose to name it as “white rainbow” though it was only painted with white. It is located just in front of the Garden Courtyard with a massive arch that leads to two courtyards; early spring, and garden courtyards. 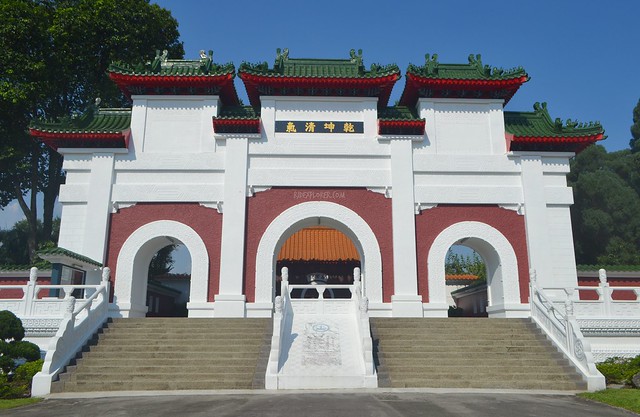 I dropped by the statue of the great philosopher and educator, Confucius, before threading my way back to the east gate. I still have one item on my list on that day, a visit to Southern Ridges, so I just skipped the Live Turtle and Tortoise Museum, Confucius Terrace, and Garden of Abundance. More people, some were Filipinos, started to arrive with their baskets and mats for a picnic. Starving, I munched two packs of Oreo cookies I got from Hotel Kai as I weaved the way back to Chinese Garden MRT Station. 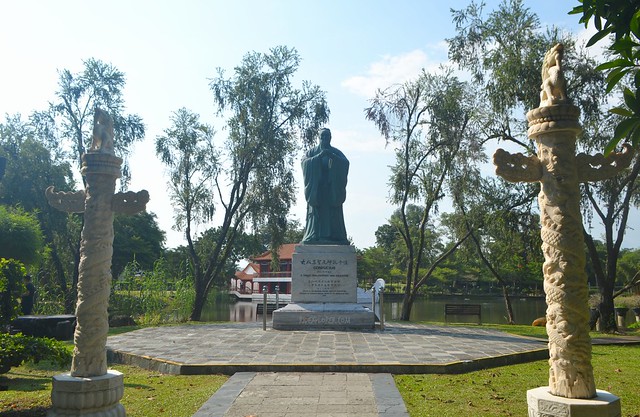 * It was already late when I found out that apart from the Chinese Garden, the other side of Jurong Lake is the Japanese Garden. Chinese Garden is open from 6AM to 11PM.

How to go to Chinese Garden

The garden is located few hundred meters from Chinese Garden MRT Station on the East-West Line (green line). Most convenient way to visit the garden is via Singapore MRT. From Chinatown, take the North-East Line (purple line) train heading to HarbourFront and change to East-West Line at Outram Park Station with trains bound to Joo Koon.