Sunday food trippers are back! And our latest target to score and check foodstuff is the newest and now the biggest shopping mall in the Visayas, SM Seaside City Cebu. Several restaurants are already catering mall goers yet most stalls are not yet open. With these restaurants, we didn’t want to worry where to eat so we declared it a spontaneous Cebu food trip.

Since the mall opens at 10 AM, we planned not to go as early as 8 AM. We reached the place around 11 AM from a smooth ride in an SM MyBus from the other SM. It was my first time to visit the mall since its opening last November 2015. Such a loser, I know. Since my companions are not new to the place, they obliged me to tour the area first.

They led me to the iconic cube in front of its main entrance facing Mactan channel. If SM Mall of Asia has its globe, then SM Seaside is proud for its cube. The cube is 21 x 21 x 21 meters in dimension and a great spot for groups to take a photo. And to prove that you’ve circled the mall, you need to take a photo at the four whimsical color-coded staircases, not mandatory though.

Our tummies started to bug us so we searched for the first restaurant to try. Paolitos STK Ta Bai became our first target. The SM Seaside branch is their second site and they’re famous for their seafood especially when cooked the STK way: sugba (grill), tola (stew), and kilaw (ceviche). 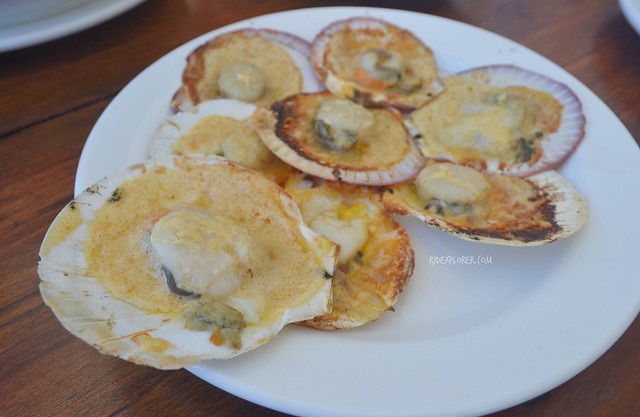 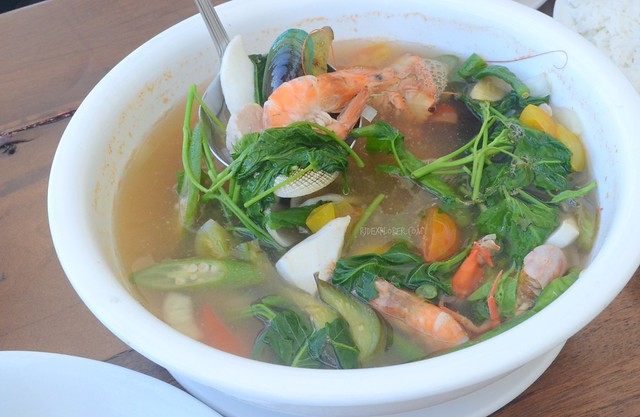 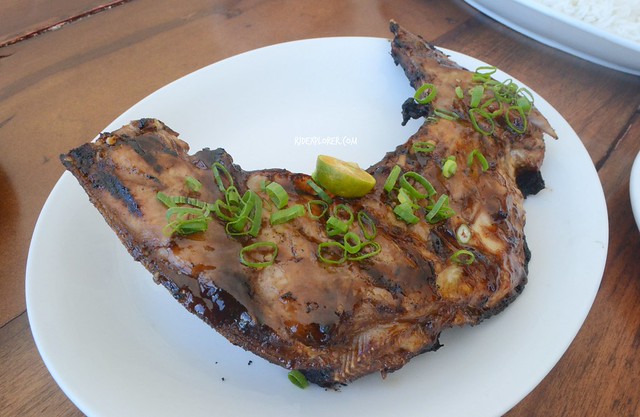 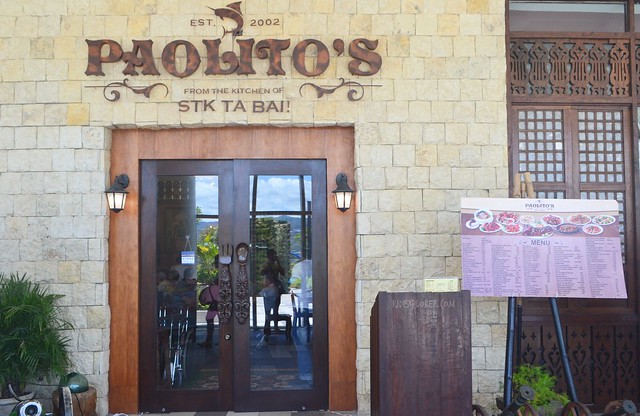 Baked scallops, mixed sinigang, grilled tuna panga, and a platter of rice served as our hefty lunch on a Sunday. Baked Scallops as usual brought some giggles because I never get tired of the juicy scallops covered with garlicky butter and cheese. Mixed Sinigang had no overpowering sour taste but still enjoyable because of the fresh prawns that. Tuna Panga was full of flavors and the seared meat of the fish was tender and a bit sweet.

ROOMS FOR DESSERT by CASA VERDE

We intentionally didn’t avail dessert in Paolitos for us to satisfy our greedy sweet tooth at RFD by Casa Verde. If you’re already familiar with the dessert being offered by the famous Casa Verde, then you already have expectations in mind before entering the store. But to see some hot, cold, and blended beverages on their menu surprised me. They also offer sandwiches, milkshakes, smoothies, and the famous ice cream with fairy floss (cotton candy). 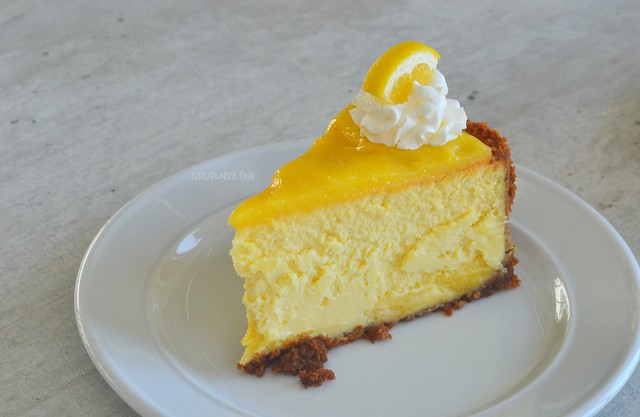 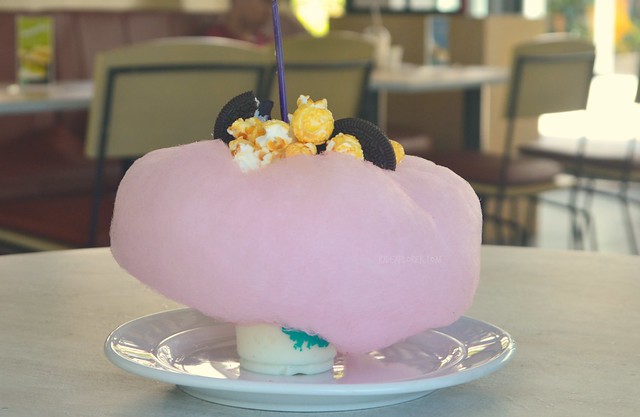 To ease the heavy meal we had, we got café latte, mocha flake, and cappuccino for drinks, and lemon curd cheesecake, mango chocolate Torte, and ice cream with cotton candy. Cakes were good but the ice cream was just normal and just hyped by the cotton candy. By the way, for the ice cream in a cup at Php69, you can create your own by having two toppings. Had mine with Oreo and popcorn.

I had a haircut at Bruno’s Barbers while the other foodies did some shopping. We agreed to meet near Harbour City. Since we weren’t that picky, we entered the restaurant to try some of its offerings. Harbour City is known for their dim sum and steamed rice.

The restaurant has a great scene where they really embodied their name; overlooking the sea on the floor-to-ceiling windows, and the cute lampposts in between tables. We got steamed hakao, mushroom shaoimai, and shrimp ball. Every serving has three pieces which are just right for us three. I’m not selective when it comes to dim sum as long as there’s a chili sauce dip on the side.

After a short visit to Pedro Calungsod Shrine, our tummies again revolted and we took it as a sign to find our next prospect. Our legs brought us to SM Food Court. I know it was a lame option, but it has a diverse choice of cuisines. With that, we split and looked for our own preferred food: Doi opted to have bibimbap at Seoul Bibimbob, Brennan got lechon from Belly Buster, and my share was crispy maki and gyoza from Tokyo Joe. 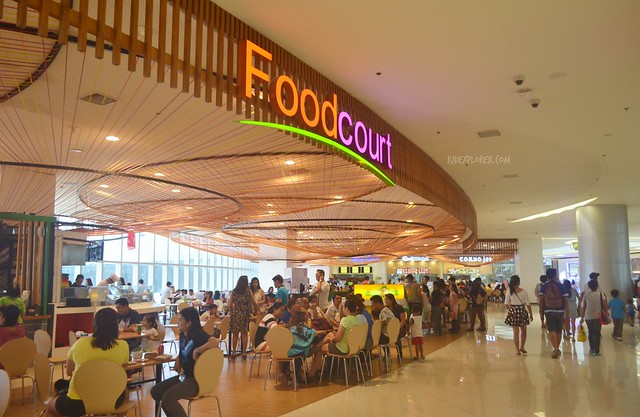 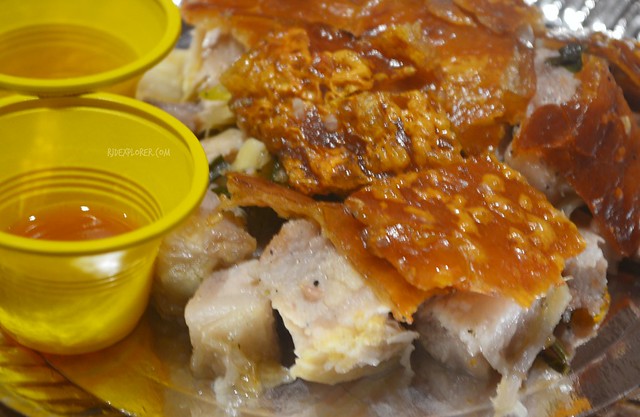 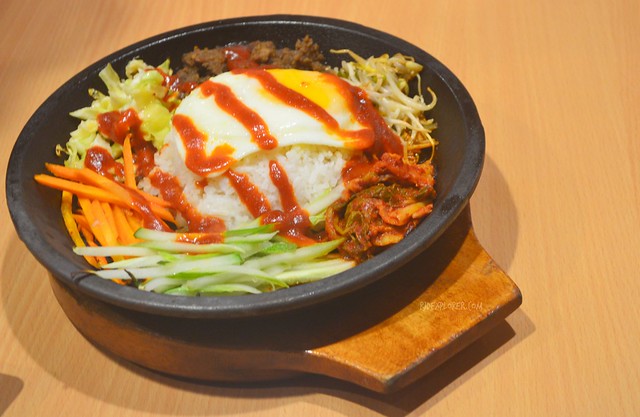 The lechon was really flavorful with its skin so crunchy to the point that it tested my loyalty to Cebu Original Lechon Belly. Tokyo Joe’s maki was the usual one but the gyoza was really below par; wasn’t cooked properly and it seemed that it just came out from their fridge. Bibimbap completed our craving for a rice meal that evening. 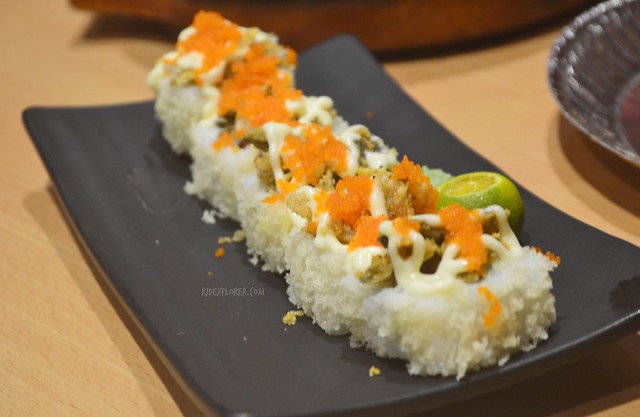 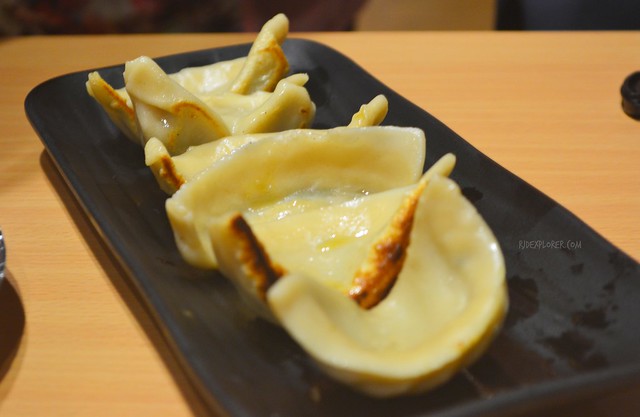 It was my first time in SM Seaside City Cebu and a food trip was just a funny thing I did with the gang. Surely it wasn’t the last time as more restaurants are about to open soon. To end this, I would like you to know that Cinnabon finally opened a store in Cebu with the store on the lower ground of the mall’s mountain wing.