Have you experienced during your primary years of studying where people from the local church regularly visit your school to conduct Catechisms? I really learned a lot with the religious teachings and I also thanked them for having such sessions because our teacher was required to accommodate them, which means no class. 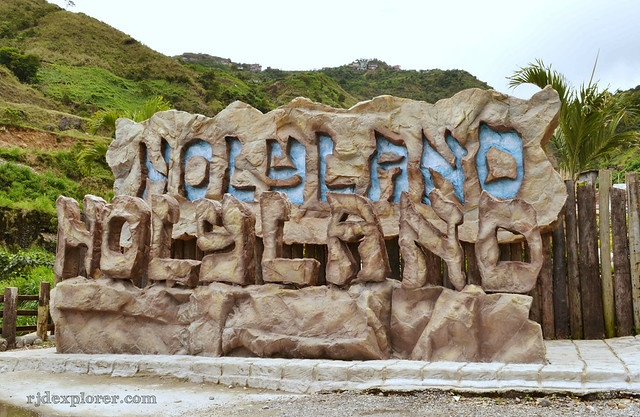 This moment was run through during my visit on one of the newest attractions of Baguio Eco Park, the Holy Land. The Holy Land brings to life some of the memorable events in the Bible, both Old and New Testaments. The idea gives us the opportunity to experience these events as for how they have happened in the past. 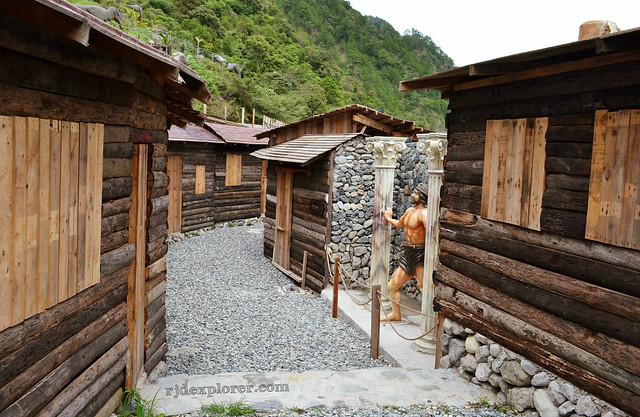 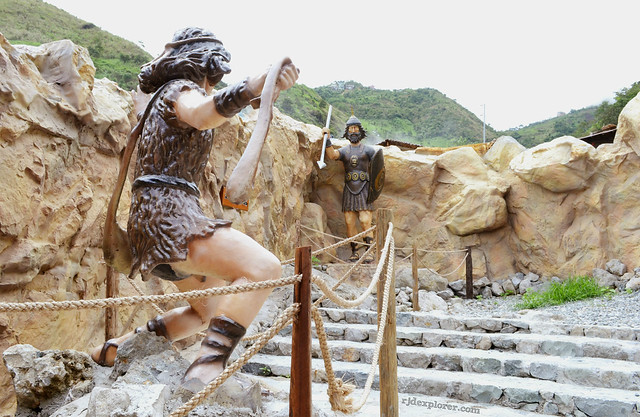 It started with the Book of Genesis with the Garden of Eden having a canopy of flowering plants that guides you all the way to the main feature of that segment, a branch of tree where the famous snake, character who offered Eve the forbidden fruit, can be found. Next is the Book of Exodus that showcases the Israelites village during the Ten Plagues (or known as the Biblical Plagues), wherein Moses advised the elders to mark lamb’s blood on the top and on both sides of their doorframe. 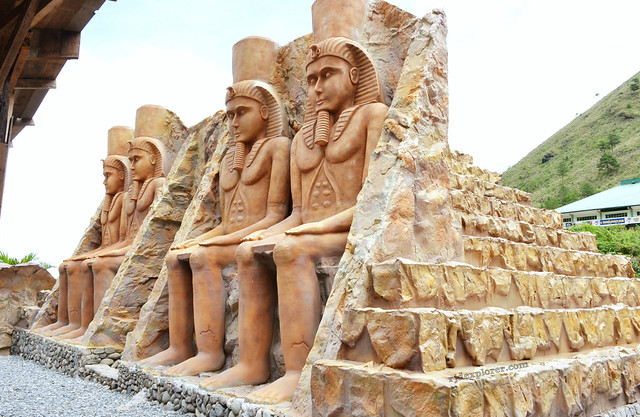 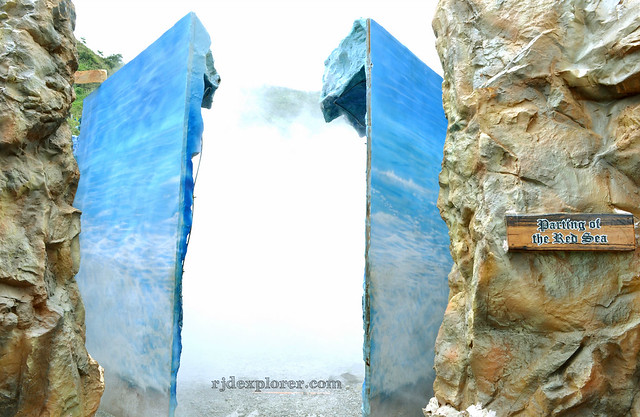 On the end of the village, Samson, a famous character in the Book of Judges, was depicted grasping two pillars where he, according to the biblical narrative, died and bowed himself with all his might. A meter away is the battle of David and Goliath narrated in the Books of Samuel where the latter, a giant Philistine warrior, was defeated by the young David using only his sling. 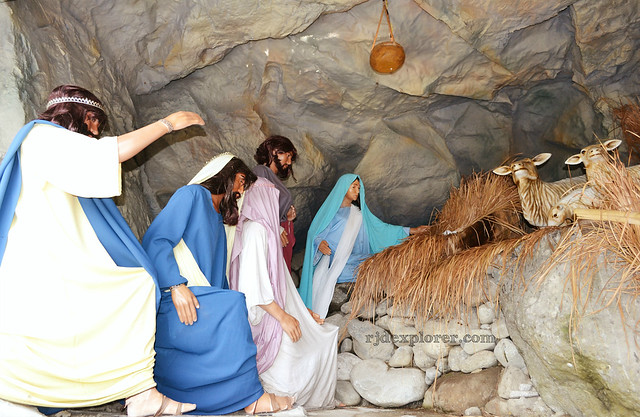 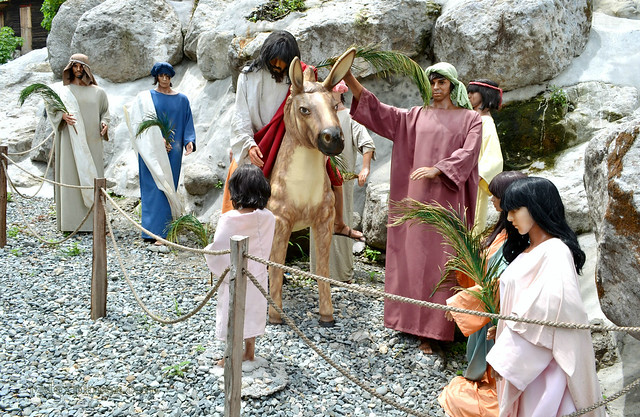 Following parts of the Holy Land are the Pyramid and the Colossal Guards where you get to try the mini-maze inside the pyramid, The Crossing of the Red Sea that will enable you to feel the gush of water on either side, The Burning Bush for you to know the power of God’s presence, and The Ten Commandments. 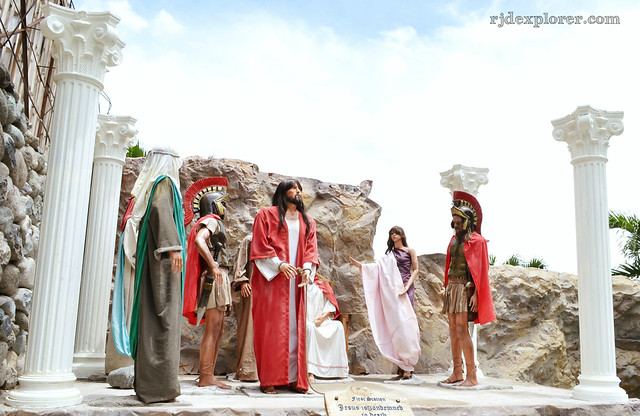 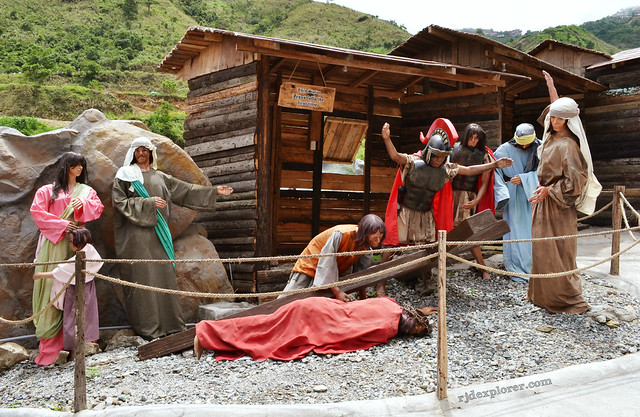 The second part of the Holy Land starts on the Nativity of Jesus followed by the re-enactments of how he did miracles by raising Lazarus from the dead and healing a blind man. Next event is his triumphant entry into Jerusalem, the illustration of Mahane Yehuda Market often referred to as The Shuk, the Garden of Gethsemane, and the Stations of the Cross. 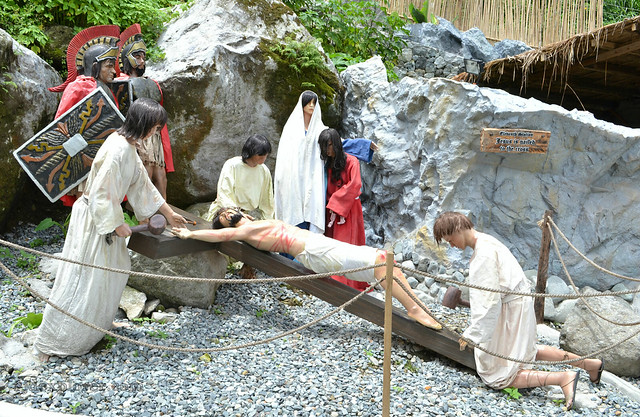 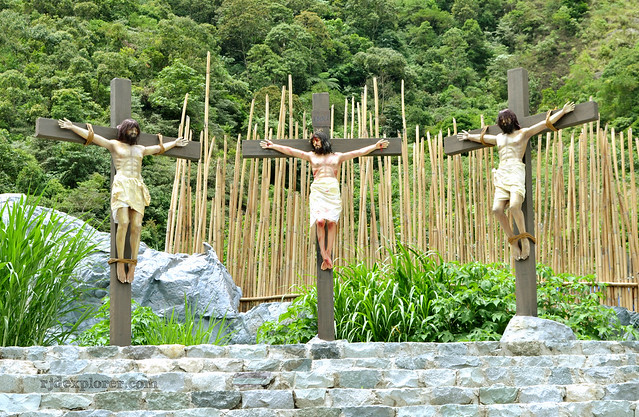 With all the characters and props casted in fiberglass, Holy Land properly portrayed the different stations to demonstrate the sufferings of Jesus from the moment that he was condemned to death, to the number of times he fell down on his knees, and to the time he was nailed to the cross. The tomb, where the Resurrection happened was also depicted to finally end the holy tour. 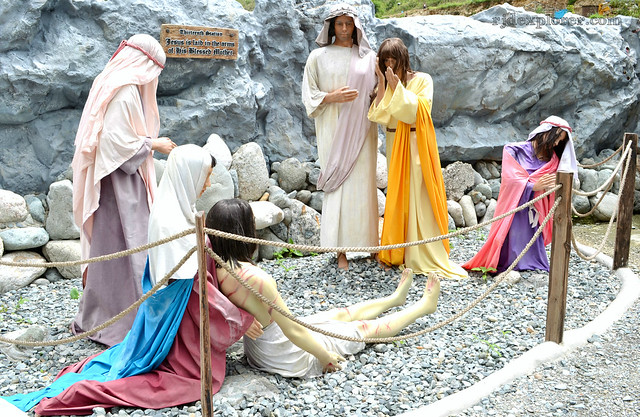 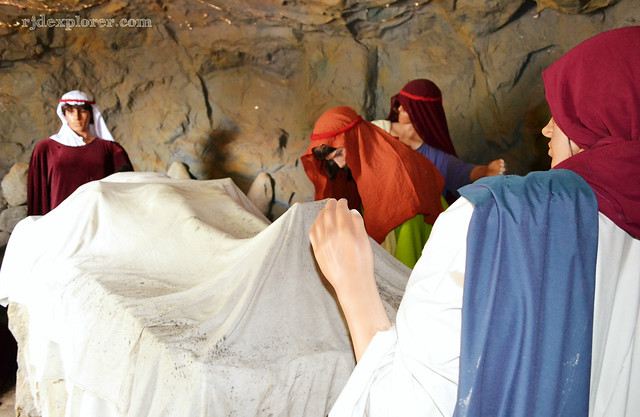 The visit to the Holy Land is a way for us to know Him more; his provisions, guidance, signs, and wonders. I was able to enjoy every part of it not only appreciating the way it was represented, but also the experience and the idea of being a part of it.