Words blaming the habal-habal driver while gasping for air, as I hiked the walkway to the Old Vulcan. It was midday when we arrived at the tourist attraction and he suggested that I need to hike to have a better vantage point, yet he didn’t even dare to join. 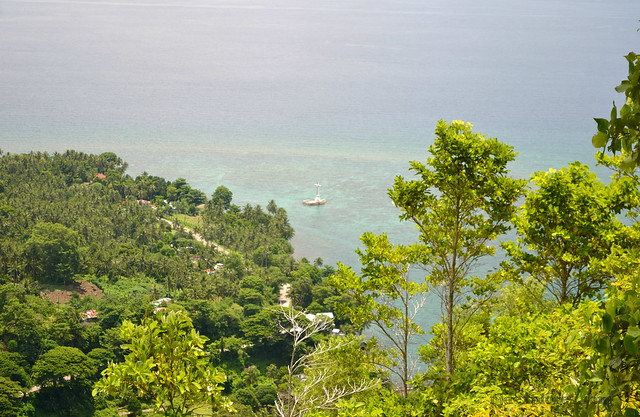 The trail started by paying a minimal fee at the tourism shed. The first station of the Cross is a stone throw away. The mossy flight of steps, due to thick algae, will lead you to the next station that continues along the trail. 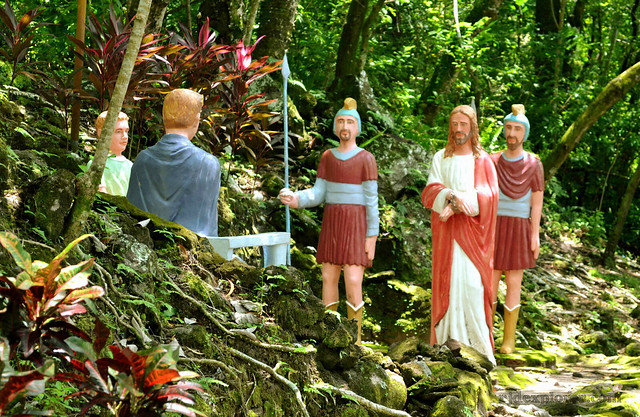 People were already going down that time. With the canopy of trees, I didn’t notice that the sun was already emitting its sweltering heat. From concrete path, the trail became rocky. The next station appeared on my view.

Enjoying the relaxing air coming from the forest of coconut trees, there are more coconut trees than lanzones in Camiguin I think. I continued without any inhibitions. The rocky terrain became sandy and again, the next station appeared. I was trekking for almost 10 minutes. 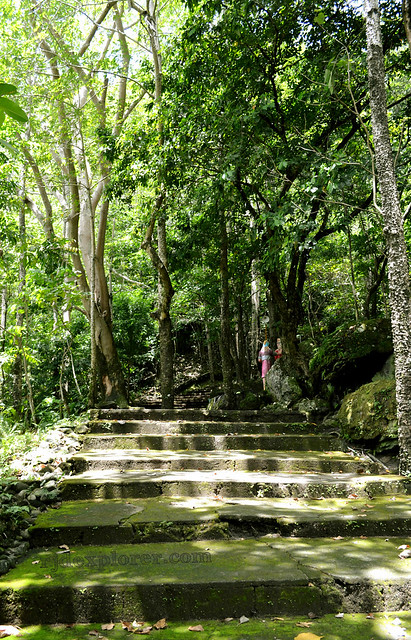 Wondering how long the trek will be, I continued the hike and I was really sure that there are 14 Stations of the Cross. My worry was, is it complete? I arrived at the part where I can already see the famous landmark in the province, the massive cross in Sunken Cemetery. 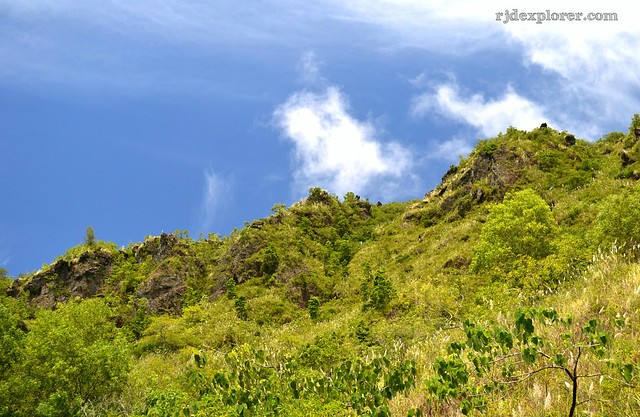 Holding the trunk of a tree for support, I stopped, looked around and thought that I was the only dumb person to trek at exactly noontime. Wiping off the sweat from my face, I closed my eyes and waited for a cool air to bring temporary relief.

The trail, from concrete, to rocky, and sandy, became steeper having bigger rocks. My legs started to tremor as I passed by the ninth station. A group appeared on my sight and on their way down. I wanted to ask how many kilometers more before I will reach the last station, but I was busy catching my breath.

Regularly did stops and gulp on my one-liter bottle with the mineral water a quarter lower. I tried to observe the activity. The Stations of the Cross were installed in the walkway to the Old Vulcan not just a mere feature to depict Jesus’ sufferings but also for visitors to be reminded and experience of the struggles he had.

I started to ascend slowly, one step at a time. On a slower pace, I found the trek to be relaxing, a better view of that side of Camiguin in front of me. That side of the mountain was blanketed with coconut trees. 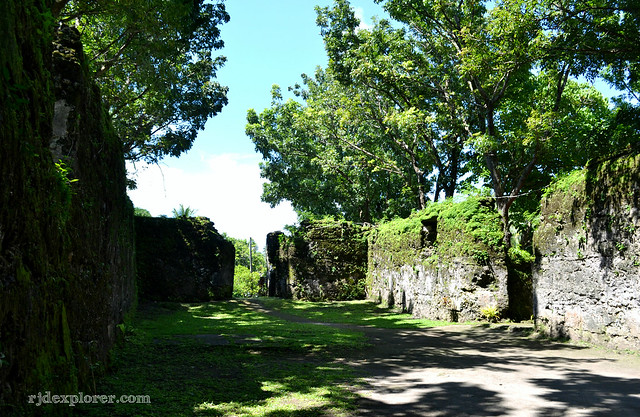 Afterwards, I didn’t notice that I passed by the fourteenth station. I finally reached the peak where a life-size image of the Resurrected Christ is situated. I stayed there for about fifteen minutes before I was easily attracted to the ground by gravity. 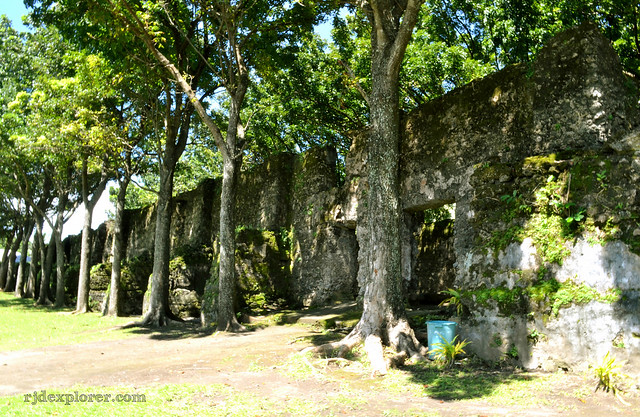 The eruption of Mt Vulcan in 1871, Old Vulcan as locals call it, submerged the old town of Catarman, pushing it below the sea and leaving behind the ruins of a church and its bell tower. Located near the Walkway is the Sunken Cemetery, marked by a large cross. Tombstones can still be seen when you try to dive or snorkel near the marker. You can go to the cross marker using small paddle boats. 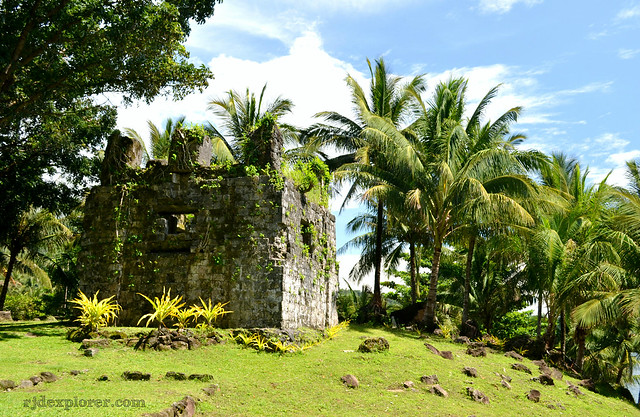 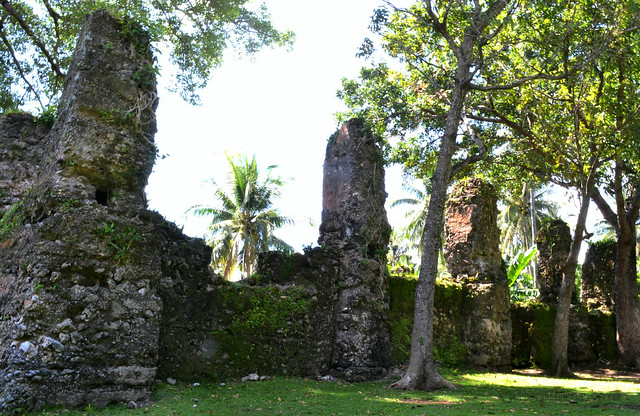 Last destination in discovering the great history of Camiguin is the Old Church Ruins, still located in Catarman. The ruins is considered as the oldest and unique structure in Camiguin. The adobe walls, belfry and convent are witness to the wrath of nature. The affluence of Camiguin’s history and heritage is still evident in the vestiges of the Sunken Cemetery and Old Church Ruins.