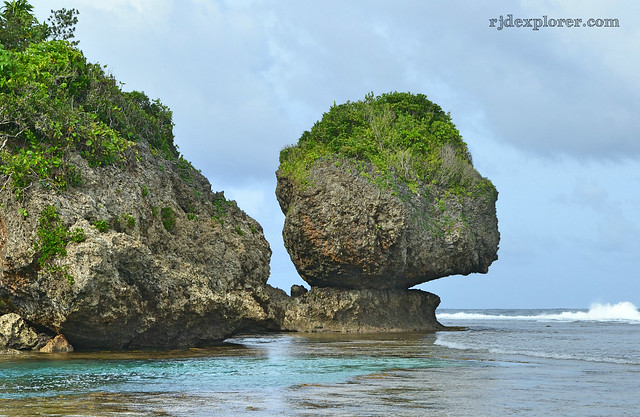 We arrived at the transport terminal in Dapa and spotted a jeepney with the driver calling for passengers bound for Pilar. We immediately secured the seats next to the driver. The humid wind brought temporary relief that led me to take a nap. The loud voice of the driver talking to some people loading hardware materials woke me up. 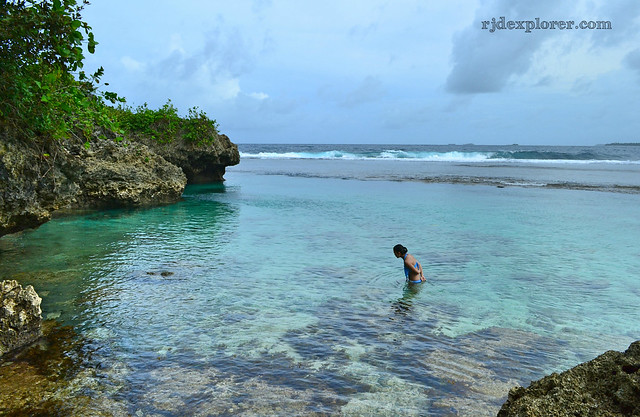 The jeepney then roamed around the vicinity of the market and tried to look for other passengers. We spent another 10 minutes going back to the terminal and did another turn. The last item, as I can remember, that was loaded in the jeepney were cases of beer, or the gallons of mineral water, I’m not sure. 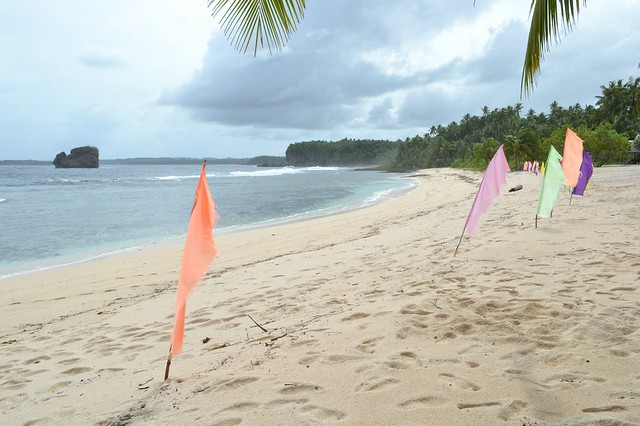 Finally, after doing some laps, we left Dapa Public Market. It rained on some part of the trip and I was able to document it through the number of times the driver pulled down the windshield. I didn’t understand why he wants to leave the window open that causes strong wind to be forced on his face, and also ours.

Afterwards, he pointed on the sign that says, “Magpupungko This Way,” and slowly decelerated on the sidewalk. One of the dilemmas was on how to get back to Dapa from Pilar because we heard that the jeepney will not be going back until the next day. The only thing we wanted to do was to call the attention of the local on a motorcycle that will appear on our sight. Luckily, one showed up and agreed on our demands; he will take us to Dapa by 3PM. 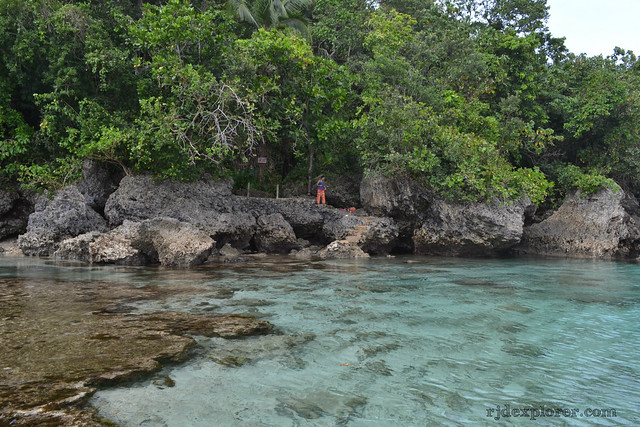 The tourist information is located meters away from the road and after securing the environmental fee of Php50, the office instructed us the way.

There was a group enjoying the tidal pools when we arrived. The place is indeed vibrant with the clear and gleaming blue water of the pools. The pools were created because of the spaces between the edge of the island and the coral reef where the crazy huge waves collapse. It is actually deep even in low tide so I keep contentment near the cemented stairs. 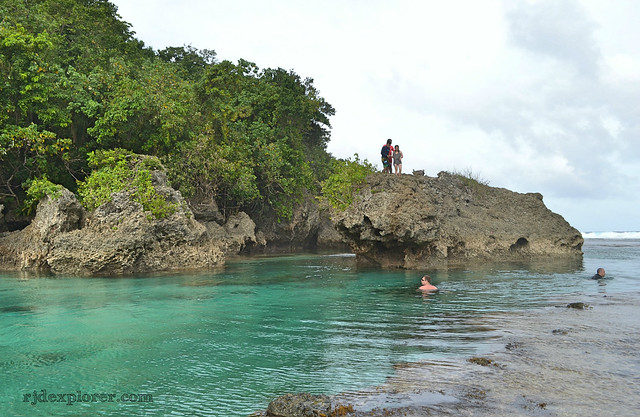 I recalled that the people from the tourism told us that there’s a rock formation in the area, but we weren’t able to locate it. When the tide receded, another group of local tourists arrived and walked on the reef facing the sea and viewing the massive waves.

The rock formation is situated on the far side of the pool and is covered by two islets, that was why we didn’t spot it right away. The attraction was called Magpupungko because of the gigantic rock dwelling on another rock. ‘Pungko’ is a local term for squat, bend, sometimes, sitting down. I was very amused on how nature arrived with the view, really awesome. 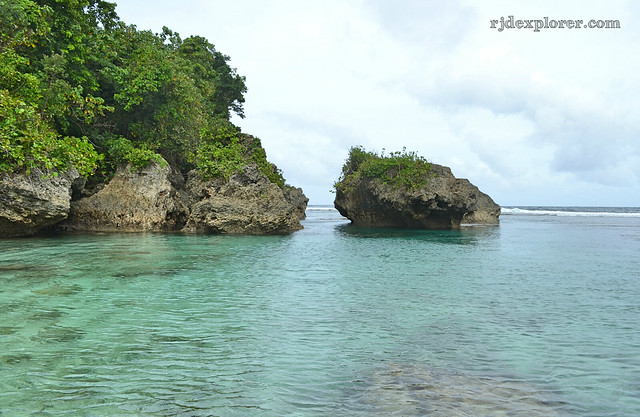 We went there at 1 o’clock and tide was high so we just enjoyed swimming in the cold water of the pool. If you tend to enjoy extreme activities, you can try cliff diving from one of the islets. Tide went low around 3 in the afternoon.

The habal-habal we talked to was already waiting at the information center when we got back. We went the other route back to Dapa where we passed by construction workers currently excavating the soon-to-be paved road. One funny thing was, the way was covered with thick mud because of the rain and our driver had a very difficult time balancing the motorcycle along the sticky sludge with his slippers stuck in it. We got back to Dapa without noticing that muds were also splattered on our legs.

CEBU TRAVEL TIP: Commute To and From Mactan Cebu International Airport for Php25