Not known to many, even I, just heard about it for the first time that an ecological sanctuary exists in Baguio City for more than a decade now. Maryknoll Ecological Sanctuary, opened in 1999, presents a cosmic journey inside the shelter for visitors to be aware of the story of how the Universe came to life. 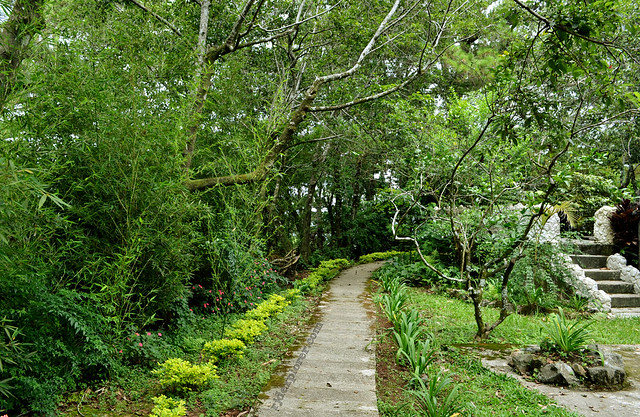 Entrance fee of Php 50 needs to be settled at their office before the cosmic journey. The garden is open from 8:30AM to 4PM during Tuesdays to Sundays. A journey map is also provided to guide you and for you to follow the stations of the cosmic journey inside the eco-garden. After settling the fee, the guard on duty directed me to the entrance to the sanctuary located on the far right of the main building. 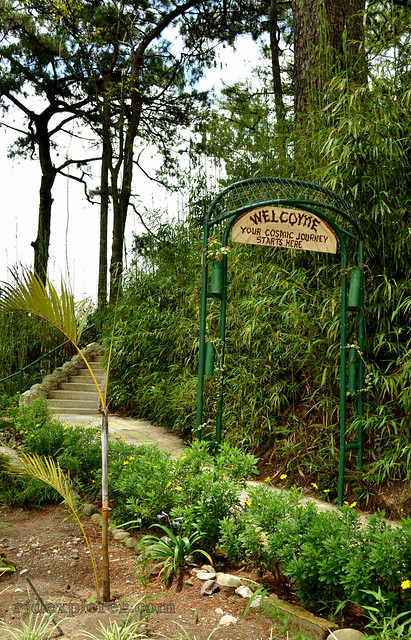 It was around noon when I started the trek and the area was covered with dark clouds that gave the possibility of a rain. Meanwhile, I found myself under a canopy of lush trees that gladly available to welcome visitors. The moment I started the journey, I immediately felt the serenity of the entire place. These moments are unusual and hard to find and I really enjoyed it throughout my journey on the sanctuary. 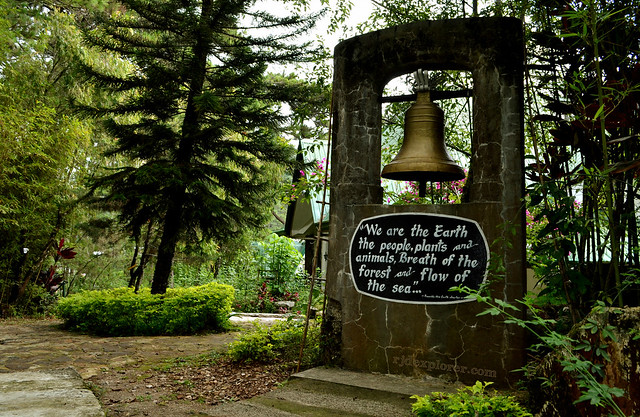 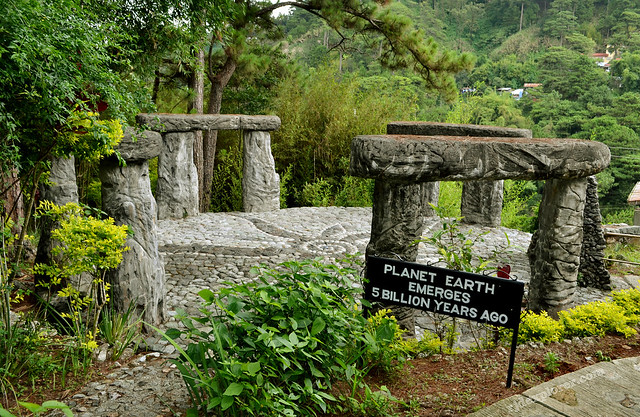 A bell that quotes the Preamble of The Earth Charter can be found before the first station. Each station is being illustrated by some art installations for visitors to easily understand the station’s story. 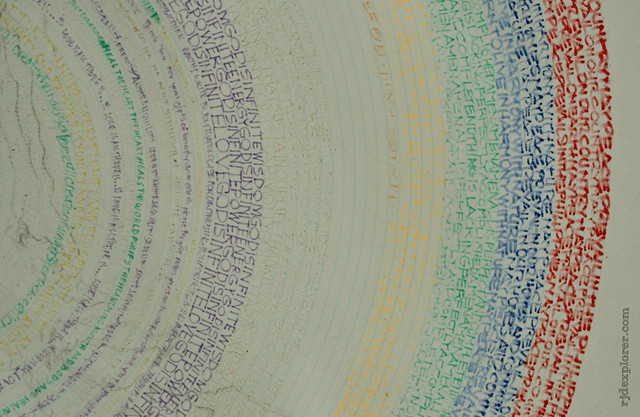 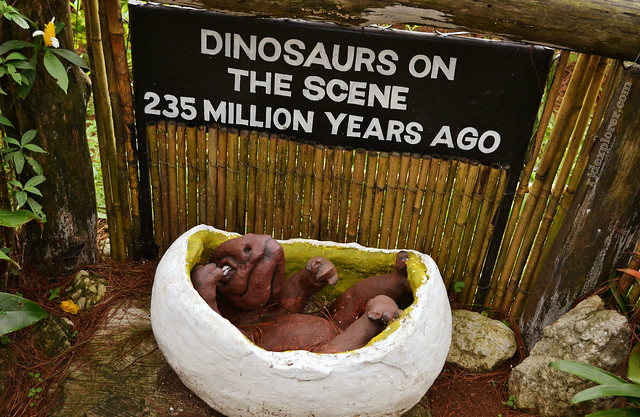 First 3 stations cover the coming of the Universe, to how the Planet Earth emerged, and to the oceans as the birthplace of life. On the part that dinosaurs went on the scene, the art installation used is a baby dinosaur inside an egg. The cosmic journey continues on the arrival of mammals, the birds’ flight, spread of flowers on earth, and the coming of primates. 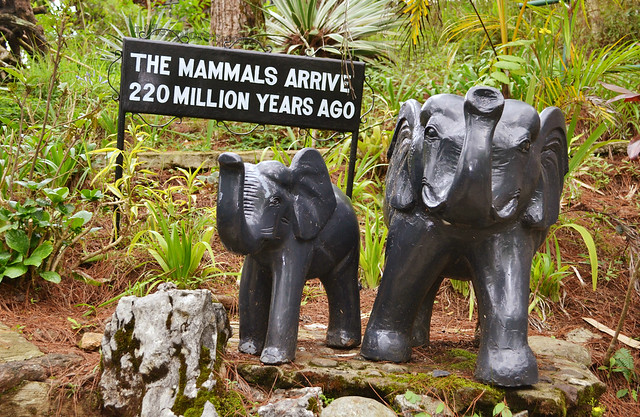 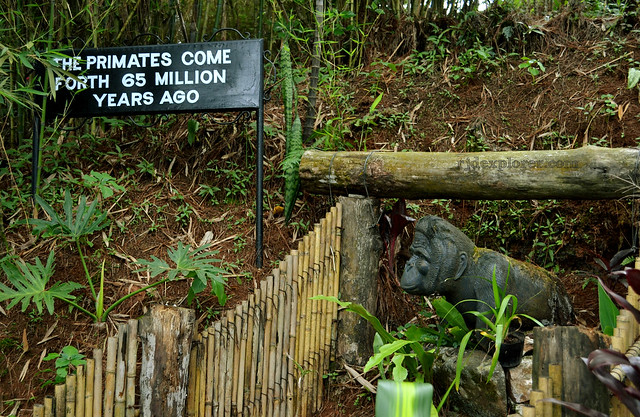 Other remarkable installations are the caves that try to depict the ways of early living of humans. The first cave on the eco-trail is actually based on the Tabon cave where the earliest remains in the country were found. It then followed by the Hunting and Gathering Age, to the point where humans already knew how to build houses and discovery of the Earth’s sweet water. 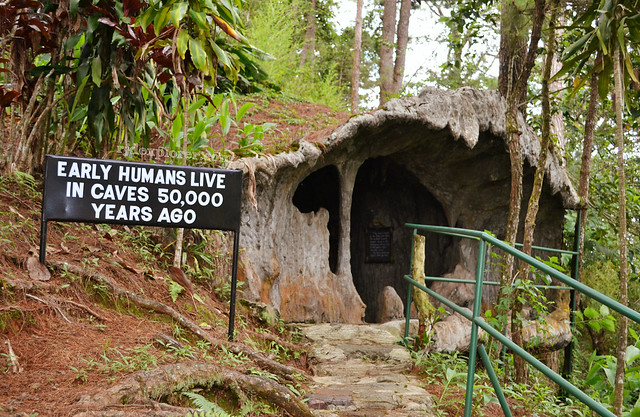 The next part is the emergence of different religions from using symbolized religions to the likes of Buddhism, Hinduism, Islam, and Christianity. Before ending the cosmic journey is an Earth House that uses natural terrain, recycled materials, natural energy and renewable resources. 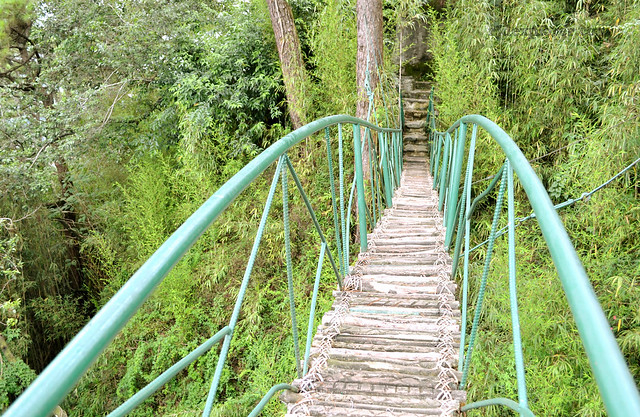 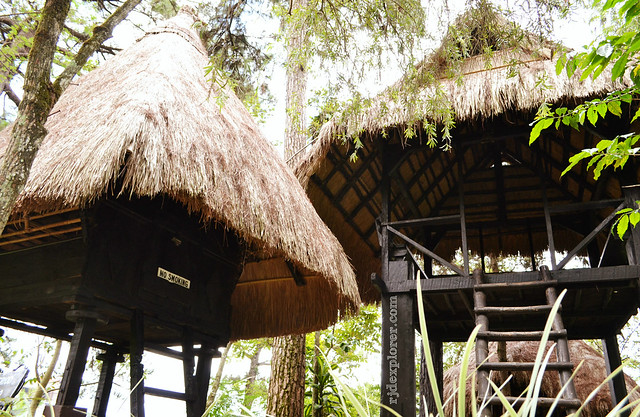 It started to rain after I checked out the Earth House so I immediately got out of the sanctuary via the way going to Maryknoll’s main building. Aside from the sanctuary, Maryknoll Sisters also hosts some art exhibits on their sanctuary galleries. Works by Kelly Ramos using oil on canvas were being shown during my visit. 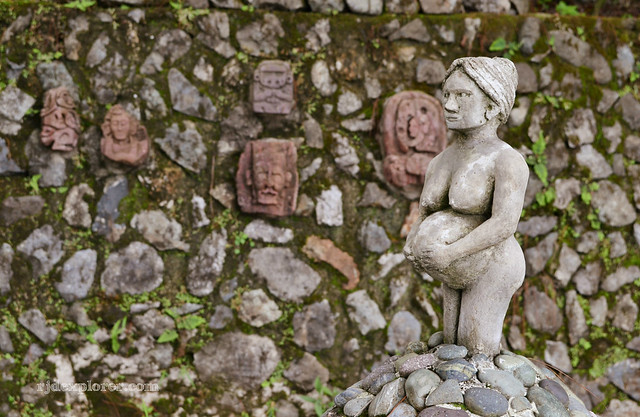 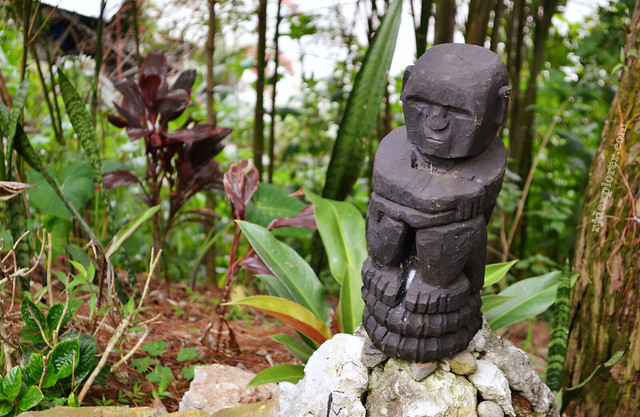 From a framed document, I found out that Maryknoll Sisters arrived in the Philippines in 1926. Three years later, a convent was constructed in Campo Sioco, Baguio City. The convent was severely damaged during the 1990 earthquake. The aftermath of the disaster inspired them to dedicate their resources in Baguio to alternative environmental education; thus the birth of Maryknoll Ecological Sanctuary in 1999. 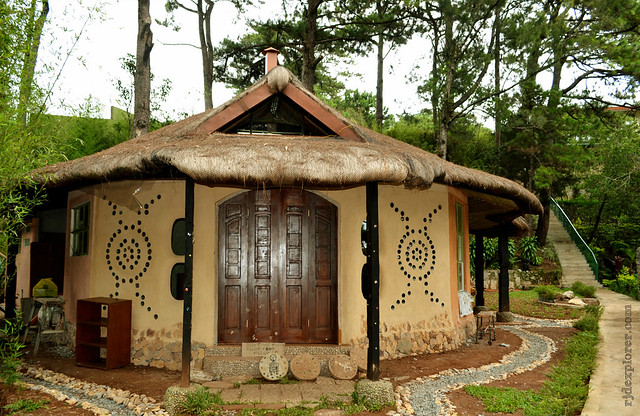 The 2.8 hectares sanctuary abundant in pine trees and some endemic plants in the Cordilleran region will definitely give you the chance to talk and commune with nature. The cosmic journey requires everyone to reflect on the importance of Earth’s resources and on how these resources will be properly used for us to preserve it for the future generations.

By taxi: Give directions to proceed to Campo Sioco. At the rotunda across from Baguio General Hospital (BGH), take the road to the right, towards Marcos Highway. Look out for the “Agua Vida” sign, where you will turn right and follow Sto Tomas Road for approximately 300m, until you reach the Maryknoll gate on the left.

Where to Eat in Baler: Kusina Luntian

Where to Eat in Dumaguete City: Gabby’s Bistro