“Thank you and hope you enjoyed the tour for the day, see you tomorrow,” our guide from Northern Hope Tours made an assurance that he will still be our tour guide for the second day of El Nido island hopping, now for Tours A and B. Most travelers in El Nido, especially those who have limited stay in town, avail Tour A that comprises the famous Secret, Big, and Small Lagoons, Shimizu Island, and Seven Commandos Beach. 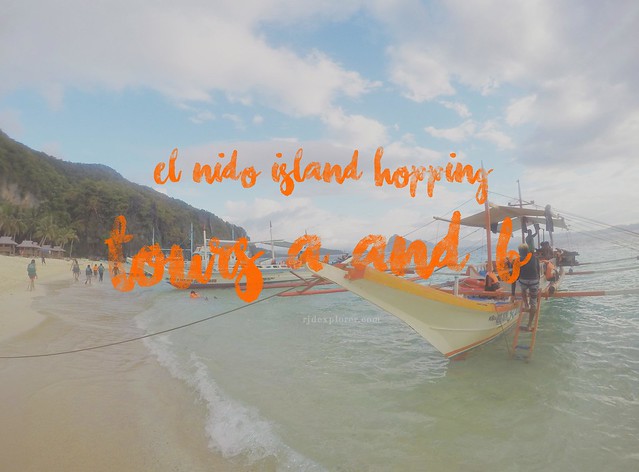 And since the package we availed was a customized tour, combining it to Tour B forced us to remove Secret Lagoon and Shimizu Island choosing Snake Island, Cudugnon Cave, and Pinagbuyutan Island under Tour B. 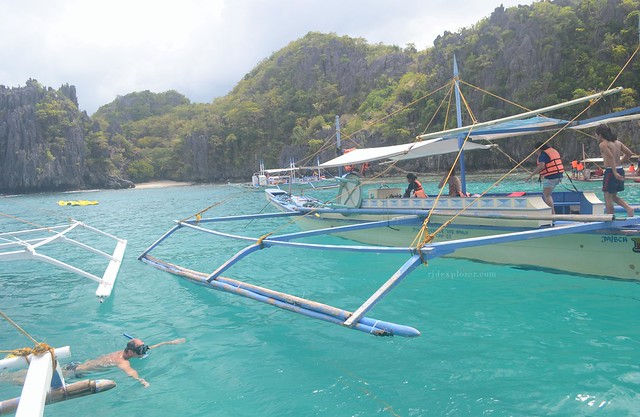 Some mishaps happened that hindered some members of the group to join the tour. Because of this, we left the port around 10AM yet we still covered all destinations on our list, thanks to the boat crew who always reminded us the time to spend in a particular destination for us to stick with our itinerary.

Boats were already parked on the passage to the small lagoon but our expert boat captain managed to go near the floating hut that offers kayak rental. Kayak is being rented for Php300 per hour and it’s quite costly but the guide advised us to rent for us to enjoy the lagoon and also to maximize our time. Since kayaking is one of the water activities I like, I volunteered to control our kayak. 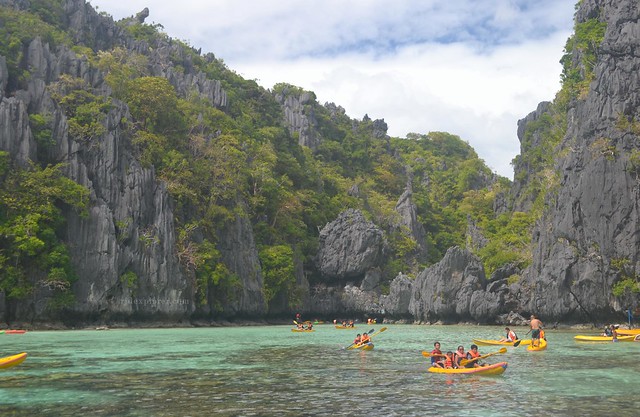 There’s a small opening that you need to go through and it was a bit difficult to directly pass given that you’re not alone on the kayak and other kayaks also aim the same way. After a few tries and attempts in banging the rocks, we were welcomed in a lagoon with the color that was really pleasing to the eye, from light to dark turquoise. The soaring limestone cliffs covered with lush foliage add a certain charm on the landscape. 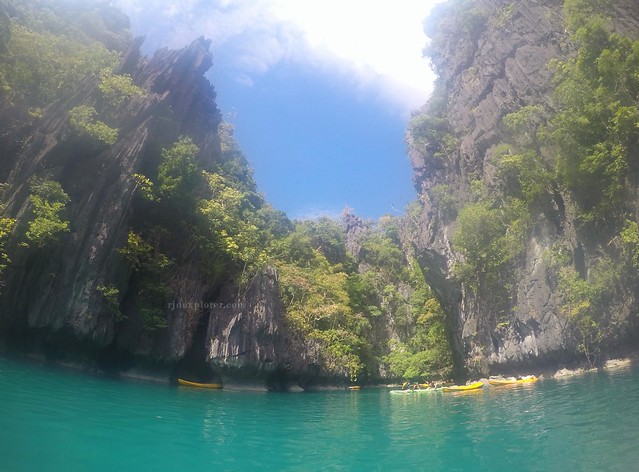 Since we were one of the last groups to join that crowd of tourists in Small Lagoon, we were able to enjoy the first pool of the lagoon all by ourselves with most tourists already on their boats outside. Getting outside was again a challenge yet it was easier compared to the first one due to the fact that we were already elated by the flourishing charm of Small Lagoon.

It was low tide and they advised us to walk from the entrance to the Big Lagoon. They also gave us the notion of stepping on sea urchins so we needed to be extra cautious. If we went there on a high tide, then the boat could’ve just sashayed from the entrance to the lagoon. Nevertheless, we had the opportunity to leisurely appreciate the destination by daring to walk on the knee-deep water that has some sea urchins waiting to punch our weak souls, I mean soles. 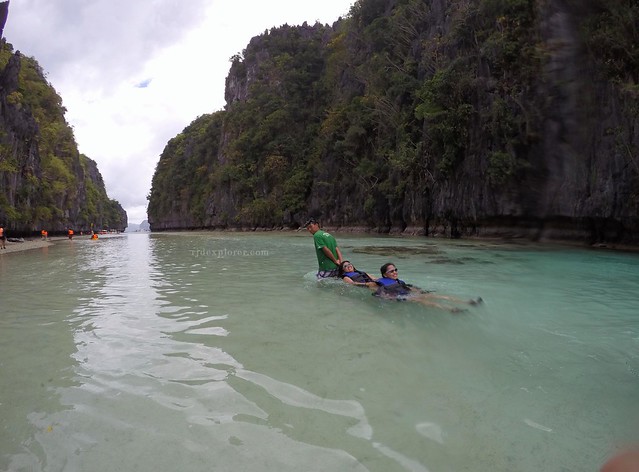 Life jackets were really my ticket during island hopping activities and the moment I arrived in the lagoon, I plunged and experienced the cool water. The funny guide, on his serious mode, said that sharks and some other grotesque species go to Big Lagoon for breeding. I immediately went to the shallow part because of this and I realized that I was fooled.

Lunch time and the tour crew were already excited to prepare another sumptuous meal for our group. They decided to have it set up in Snake Island. As the boat slowly moved towards the sandbar connecting the island, also known as Vigan Island, to mainland El Nido, a percussion group started to play a grooving music that enticed everyone to join the beat. It was a salvo not for us. 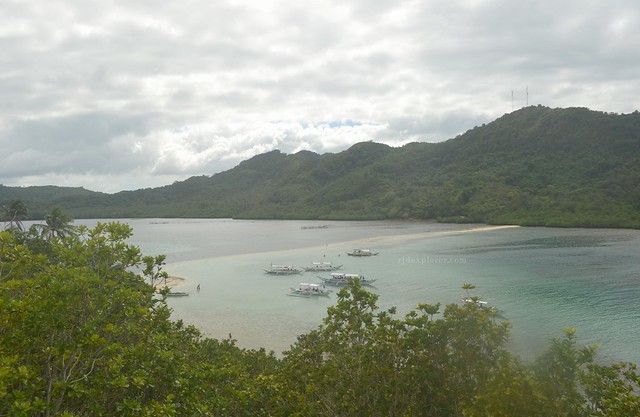 There are no snakes in the island and it was named as such because of the curve that the sandbar produces when it’s visible from the tide. We hopped on the island and went straight to the viewpoint on a hill. The sandbar is not that visible because it was going high tide that time. Missing moments of isolation, I moved away from the group and wander on the sandbar that connects Snake Island to mainland El Nido. The sand is not that fine as what I’ve expected. It’s a bit pebbly and coral-y of some sort. 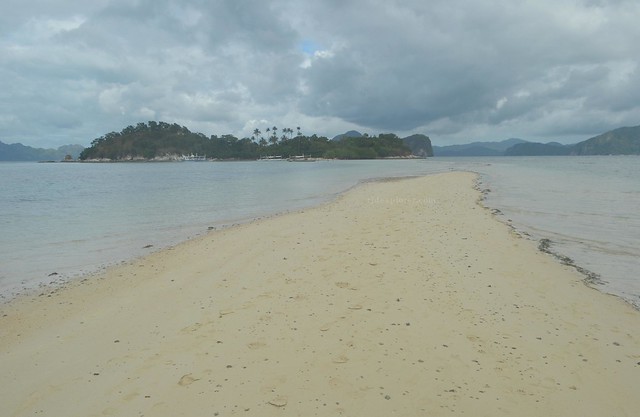 Again, it was a feast with grilled pork, squid, and fish; steamed crabs, eggplant salad, and fresh fruits. We weren’t able to contain our hunger as we munched on the delectable food the crew prepared. A cup of Coke produced a loud burp after having platefuls of the viands. Lunch times are indeed one of the best parts of availing a tour package at Northern Hope Tours. 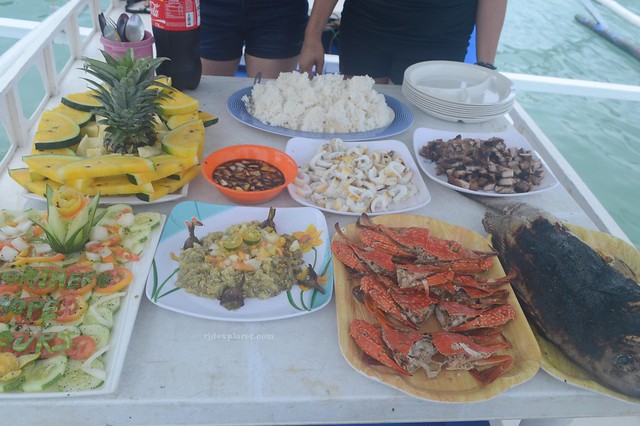 The tour continued by dropping by Cudugnon Cave. Prior to docking, the guide posted a hint on the next activity: a hole. We then found out that for us to enter the cave, we must fit ourselves in a gap that leads to the cave. It’s not that small but one needs to be cautious because of the sharp rocks that encircle the opening. 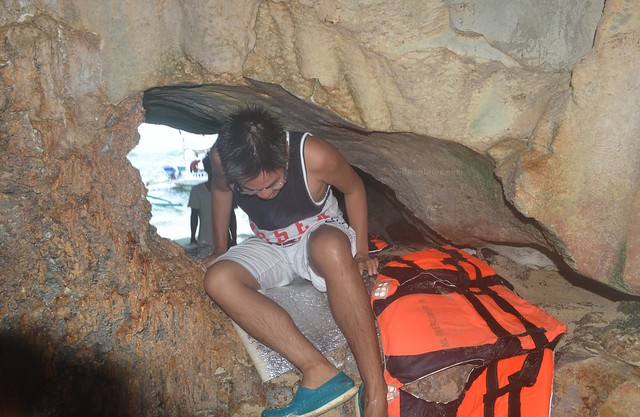 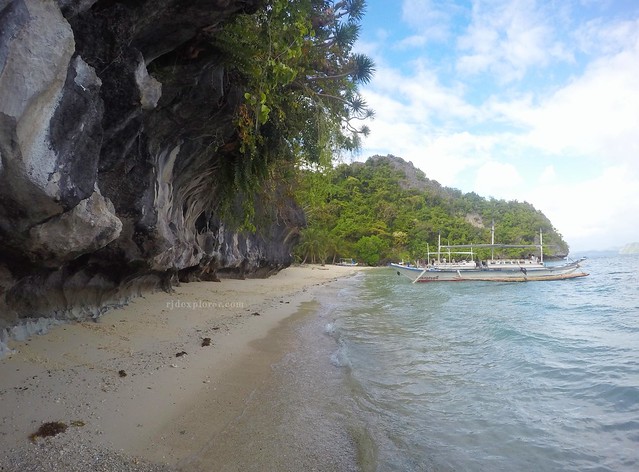 For this, local guides use towels and foams to be used by guests to ensure safety. Once successfully fitting yourself, you will access the high ceiling cave that was believed to serve as a haven by the locals during the World War II. There’s nothing to do in Cudugnon Cave aside from scrutinizing the cave walls though there is a short strip of beach outside the cave.

Soaring coconut trees dot the shoreline of our next island destination, Pinagbuyutan Island. There were a lot of foreign tourists lying on the grasses when we arrived. They were chatting while having some booze by the beach but went all under the shade when rain drizzled. They love basking under the heat of the sun yet they’re terrified by rain, the other way for Filipinos. 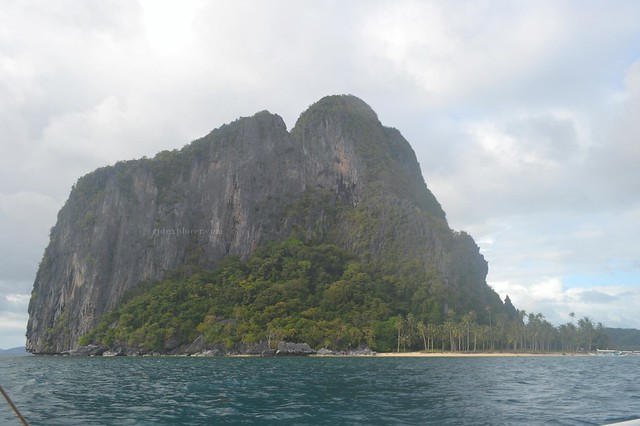 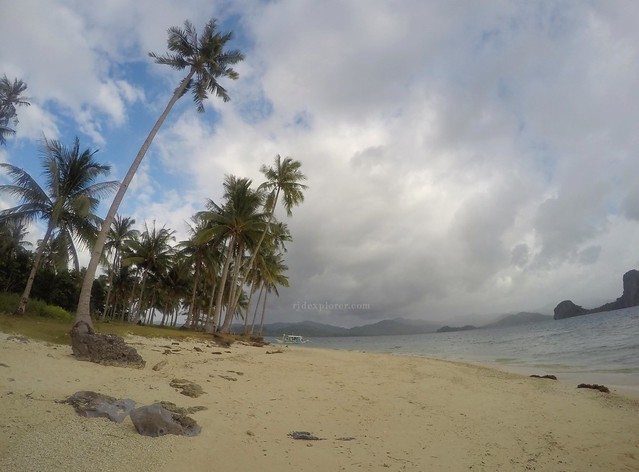 Seven Commandos Beach is the final stop of tourists availing Tour A. This is where everyone waits for sunset while availing some pricey coolers from the vendors in the island. We also joined the queue of people waiting to be served by coolers like halo-halo, shakes, and fresh buko juice. 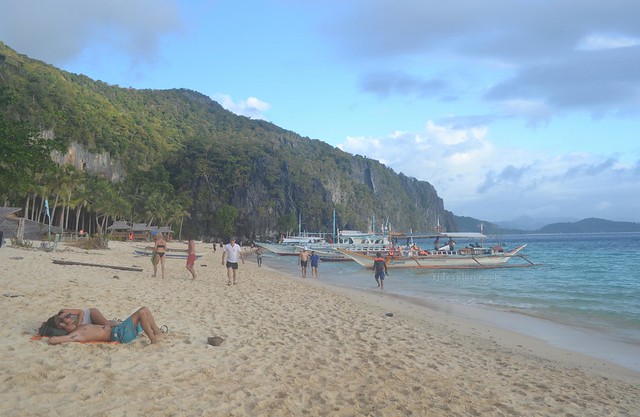 The beach has fine and powdery sand that’s why some tourists prefer to watch sunset on their towels laid on the beach. Others take the opportunity to enjoy swimming in the clear waters and taking that Instagram worthy sunset at the background. Boats were parked on both ends of the beach that create a colorful queue of boats. While other tourists enjoy these activities; lying on the sand, swimming and taking photos of the setting sun, we were lounging somewhere and gulping on our coolers.

We thought Seven Commandos Beach to be the last stop but since we still have a couple of minutes to spend, the tour crew insisted to drop by Ipil Beach, a destination in Tour D we weren’t able to cover the other day. We will be tagged as killjoy if we will say no, so after five minutes, I was snorkeling and observing the marine biodiversity just few meters from the beach. 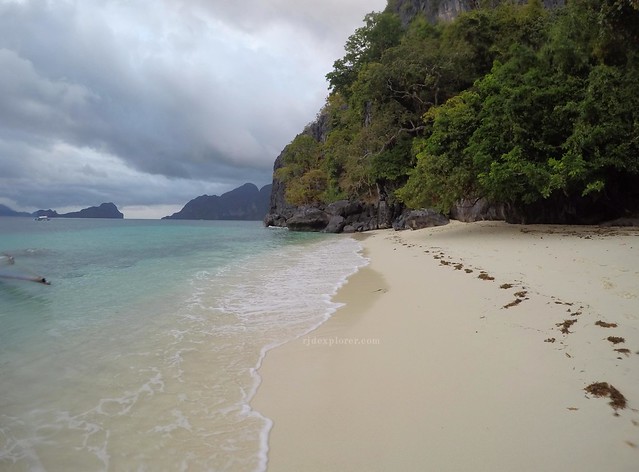 We were the only group in the beach that time that led to other members of the group went on their swim-wears, hit the beach, and took some squared photos for their social media accounts. After about 20 minutes, we were called onboard and headed back to El Nido town. 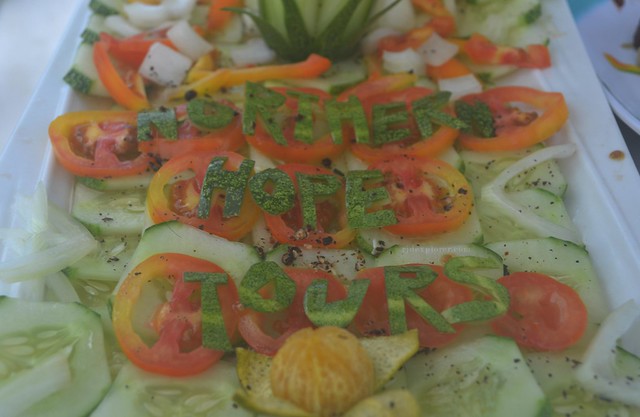 It was quite heartbreaking to know that it was my last day in El Nido and reiterating all the stunning and striking destinations I covered during my stay strongly convince me to book another plane ticket to Palawan to go visit these destinations again and also to cover the other spots we weren’t able to include on our itinerary.

On the other hand, I really enjoyed the company of the group, thanks also to the tour crew from Northern Hope Tours for securing all necessary stuff we needed during our entire island hopping activity in El Nido. I really recommend the tour agency as tour guides are really passionate in letting their guest enjoy and experience the beauty of El Nido even on a budget. Lunch is also a thing I get pleasure from during the island hopping.