An aerial photo of some lagoons in El Nido was one of the main reasons that excites me for this Palawan trip. But it was on my third day in the quaint town to finally experience the beaches, islands, and lagoons. Northern Hope Tours did manage our island hopping activities during our stay. Since our group has limited time in exploring the numerous destinations available, we opted to have the four island hopping tours merged into two days. For the first day of island hopping, the goal was to visit as many attractions in Tours C and D as possible. 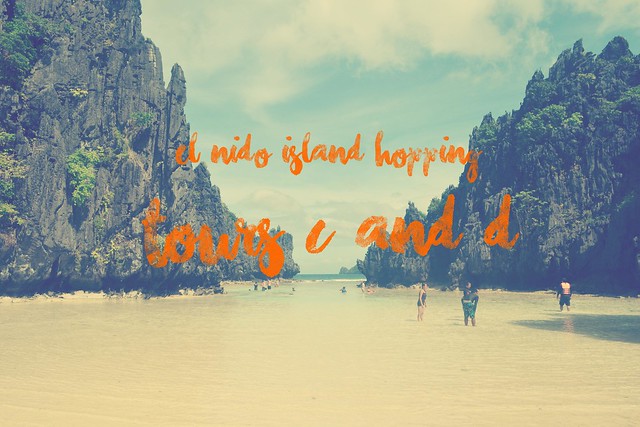 After the guide checking all the necessities, he did his usual introduction and briefing, which I consider really important for the entire duration of the tour to ensure everyone’s safety and to enjoy every bit of El Nido. Travel time to our first destination took us around 45 minutes. Here’s the order of destinations we covered on combining Tours C and D:

The boat crew informed us to prepare plunging in the water for our first destination. Several tourist boats clutter the rocky coastline of the island. Armed with our life-vest, we jumped in the water with our guides helping us recover from the large waves that regularly smash our minuscule bodies. The rocky seafloor on that part of the docking area is one of the reasons for the troubles we had, aside from the crazy waves that were getting higher. After finally surviving the massive breakers, a somehow shallow lagoon, bordered by towering limestone cliffs, became our walkway to the Hidden Beach. 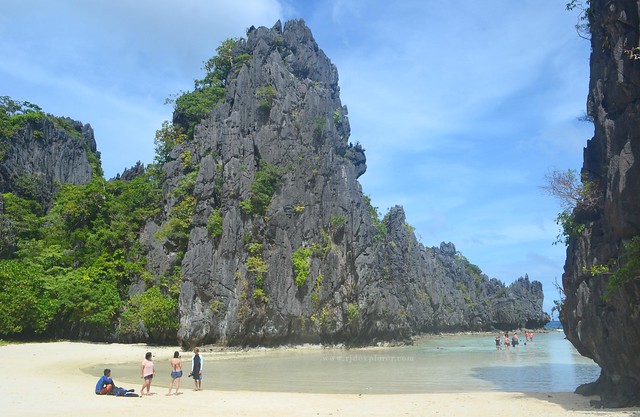 Facing the beach, the clear waters perfectly blend with the limestone cliffs and the blue horizon on the background. The short strip of beach is only a stop for tourists for some photo ops or sun basking. We had the other route going out of the beach by traversing a mini cave that led us to the open sea, with the higher and fiercer waves. With this, we had some bruises on our way back to our boat. For us to distract ourselves on our wounds, we focused on arriving on our next destination still in Matinloc Island. 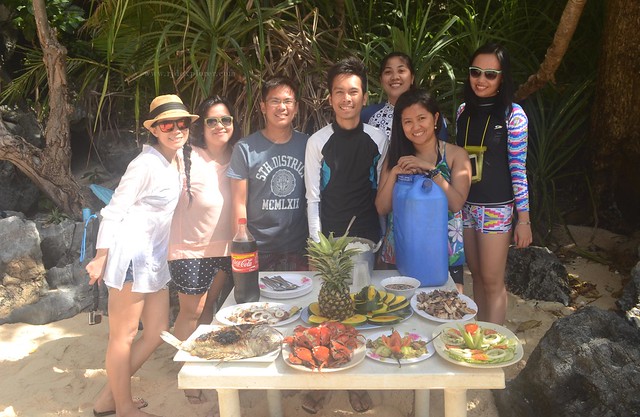 Matinloc Island is the longest island in El Nido as per our guide. Aside from Hidden Beach, another spot that tourists visit is the Talisay Beach on the other side of the island. Groups usually have lunch here as an alternate to Star Beach in Tapiutan Island when it gets crowded. Waves were unfriendly during our trip and the guides told us that it was normal. Waves can actually go as big as houses during Habagat, May to September, which is why having the Tour D on these months is really risky. Luckily, it was November. 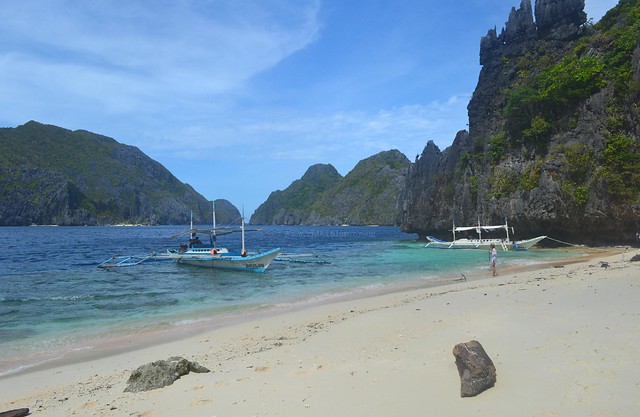 Going to the beach means cruising along Tapiutan Strait that really has an impeccable view of the Karst mountains on Tapiutan and Matinloc Islands. Once we docked on the cove, the tour crew offloaded all things needed in preparing our lunch by the beach. Northern Hope Tours prepared a scrumptious and hefty lunch with steamed crabs, grilled squid, fish, pork, and eggplant as selections and cucumber salad, watermelon, and pineapple for fruits. The food was really good and I enjoyed the crabs that are really expensive when you are in the city. Aside from the superb taste, we also appreciated the garnishing efforts they did on the viands.

After the feast in Talisay Beach, we dropped by Matinloc Shrine. This location is considered as the most photographed destination in Tour C, the spot where tourists pose on a cliff with the stunning view of the bay with the water that varies from sparkling green to different hues of blue depending on the weather. Our boat docked on the small port that leads tourists to a mansion and a shrine a few meters away. 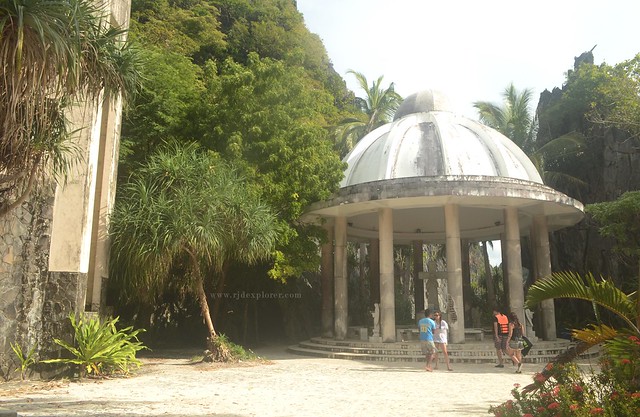 On our way to the shrine to take a photo, the guide started sharing a story as to why the mansion was already abandoned. It was owned by a couple; a local from El Nido who married a German national. The place was abandoned because the couple was separated. Visitors can still go inside the mansion and climb to the rooftop that offers a different angle of the island. From the outside, the mansion seems to be creepy with the disused windows, and dirty walls. Nonetheless, the place still serves as venue for an event every May 31, the Feast of Our Lady of Matinloc. 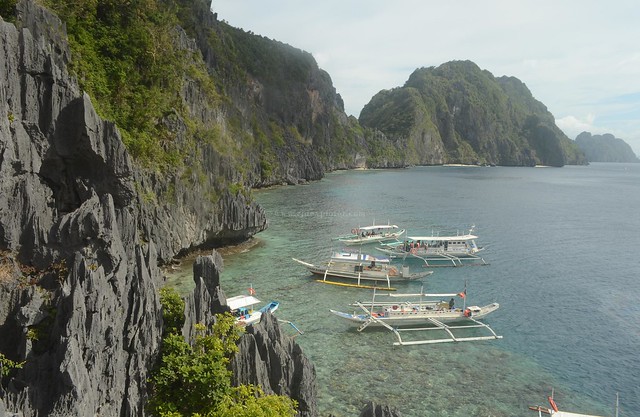 Going to the viewpoint in Matinloc Shrine, you need to ascend some steps that were already secured by the people to ensure guest’s safety. The viewpoint is small that causes a long line of tourists on the way up and queuing time longer than usual. The platform is surrounded by sharp limestones so you should be careful once you go on the side of the cliff for a photo. Matinloc Shrine was our last stop for Tour C.

From the longest Matinloc Island, we braved ourselves to the biggest island in Bacuit Bay, Cadlao Island, to start hopping on the spots under Tour D. First destination was Cadlao Beach and Lagoon. It was around 4 in the afternoon and we still have several destinations on our list so the guide decided not to dock on Cadlao Beach and just enjoy the turquoise water on the lagoon. It was just unfortunate that we forgot to rent a kayak to roam around the lagoon. We just pleased ourselves by taking the opportunity to capture the beauty of the lagoon bordered by the towering limestone cliffs. 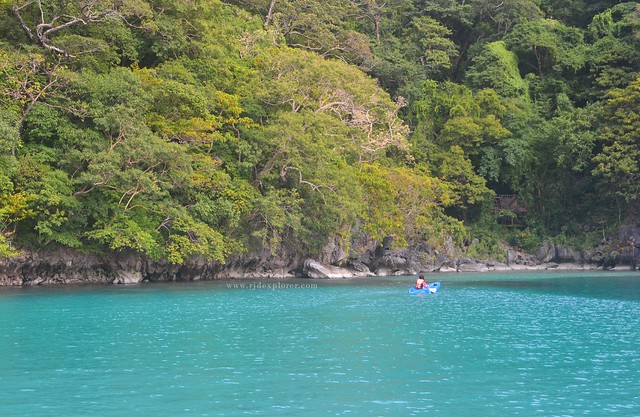 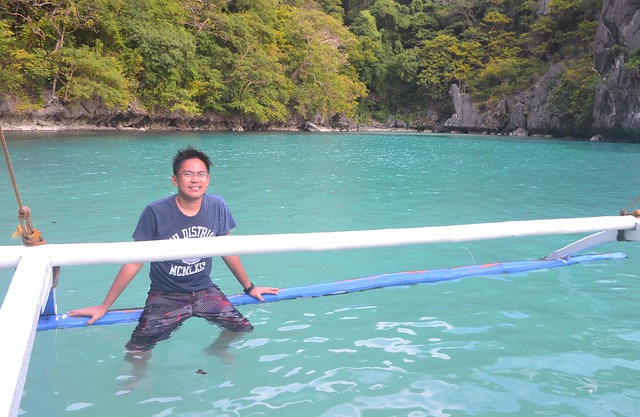 Next stop was Paradise Beach still in Cadlao Island. The short strip of beach has the most fine and powdery sand for all the beaches we’ve visited that day. There’s a small cottage on an elevated part at the far right of the beach being used by tour crews as a rest area while waiting for their guests. 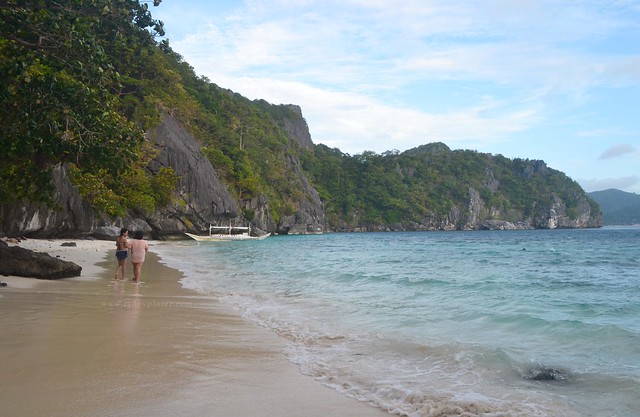 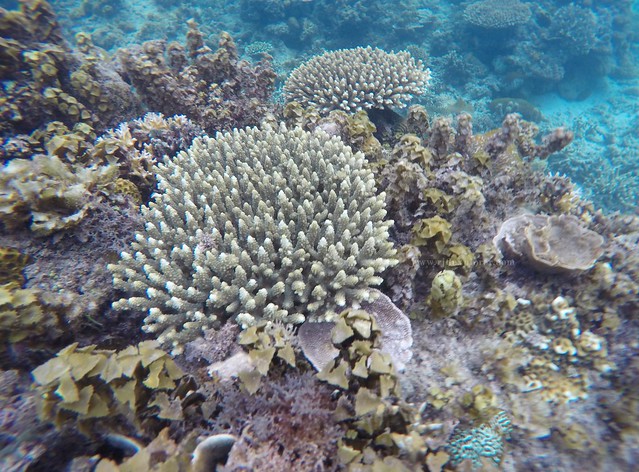 Alfer, the guide from Northern Hope Tours asked if he can borrow my GoPro to take some underwater photos on the marine biodiversity few meters from the beach. I wanted to join him but the snorkeling spot was too far for a person who doesn’t know how to swim. I just gave the action camera and waited for the photos.

Last destination for that day was Nat-nat Beach, a long stretch of beach on a cove just next to where Paradise Beach is located. Since it was already 5 in the afternoon, we decided not to go down the boat and just take pictures of the beach. With the numerous tourist attractions we covered, the best spot I could recommend for tourists to stay longer is probably Cadlao Lagoon. I suggest you bring a kayak for you to roam on the turquoise waters while enjoying the lush sceneries that surround it. 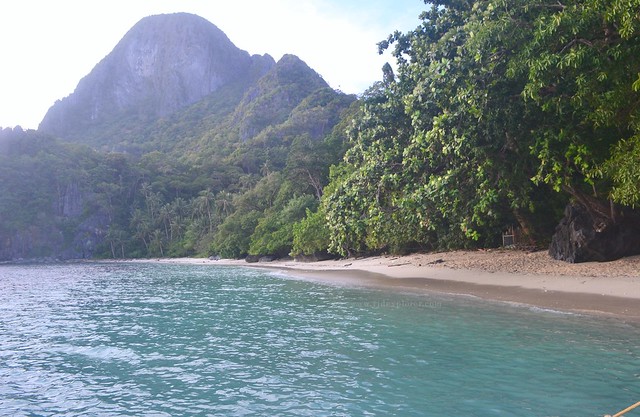 This is a private tour from Northern Hope Tour and we pre-selected the destinations we covered and just asked their staff to validate if it’s feasible and for them to advise their guide prior to the island hopping activity. Other destinations we didn’t include on our list are Helicopter Island, Secret Beach, and Star Beach (Tour C), Bucal and Pasandigan Beach (Tour D). 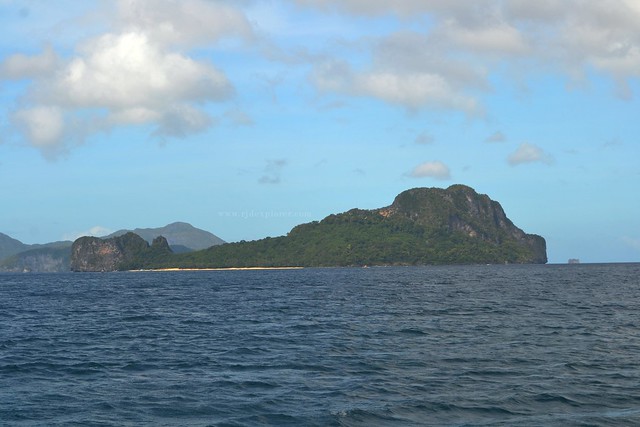