Tagged as the gateway to the historical Mount Pinatubo, the long list of tourist attractions of Tarlac doesn’t end there. The province is one of the first to rise against Spain during the Philippine Revolution in 1896 making it more fascinating to explore in terms of history. However, it is usually being left out and tourists going to the northern provinces of the Philippines only consider it as a ‘stop-over’ for long bus rides.

If you’re a tourist, visiting different attractions is just easy; wander at the awesome sight, take photos to be uploaded to your social media accounts, and you’re done. But, if you consider yourself a traveler, aside from the things mentioned above, being part of the destination is a lot more moving experience.

So here’s a list of destinations in Tarlac where you can get a genuine experience.

The role played by the famous Aquino couple can still be remembered at the Aquino Center and Museum that houses some of their memorabilia. Some interesting photos displaying the younger years of Ninoy as a war correspondent, the time he met Cory and to their bizarre wedding photo, are being displayed on the first galleries. Another gallery was created to exhibit the arrest, exile, and assassination of Ninoy during the Martial Law featuring his cell in Fort Bonifacio, and the blood-stained clothes he was wearing when he was shot to death in Manila International Airport (now Ninoy Aquino International Airport).

The next galleries focused on the movements Cory led to fight and regain democracy for the Filipino people: the million signature campaign, photos of the EDSA People Power Revolution, and her inauguration as the first female president of the Philippines and in Asia. The last corridor archives some of the gifts given to her during her term together with her paintings that focus on flowers.

In the town of Concepcion, a great structure still stands the test of time labeled as the last umbilical cord of the Aquino Family, initiated by the couple Don Benigno (Apong Ignu) and Doña Aurora (Apung Gindang). The European-inspired structure withstanding on the middle of a vast landscape evokes the story of the three generations of Aquino who lived here. 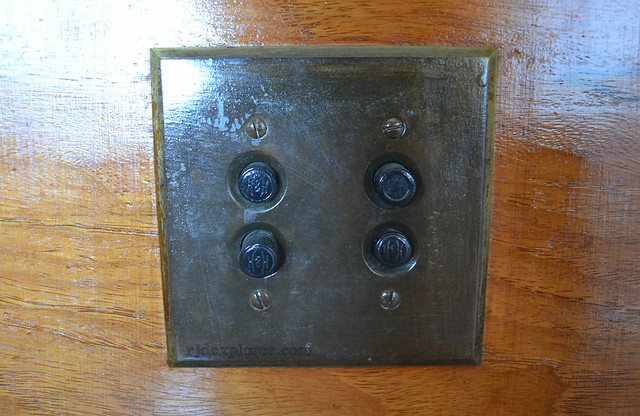 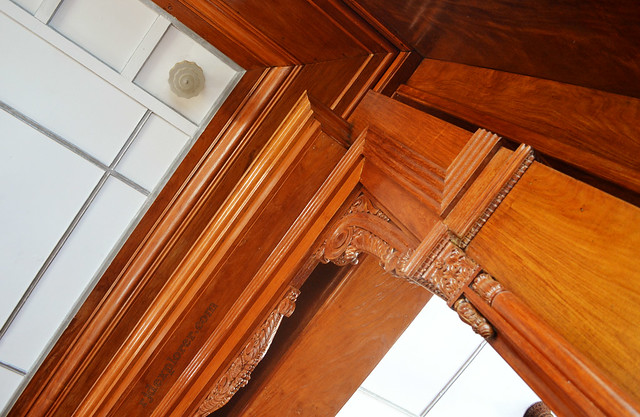 Visitors are required to take off their footwear before entering the house. On my first step on the wooden floor, the gigantic red Narra columns were so obvious. Common among the rooms on the upper floor of the house are the doors that initially seem to be an entry to adjacent rooms, but are actually spacious wall cabinets. Interesting items to check out includes the vintage brass button electric switches, and the very artsy steel windows.

A late night drop by Tarlac Provincial Capitol building will enable you to witness its lovely façade. An expansive hall is located on the second floor of the capitol building where you can stumble on the portraits of the past governors of the province. The vivid and spacious hall looks like a lobby of a five-star hotel having a grand ceiling decked with chandeliers. 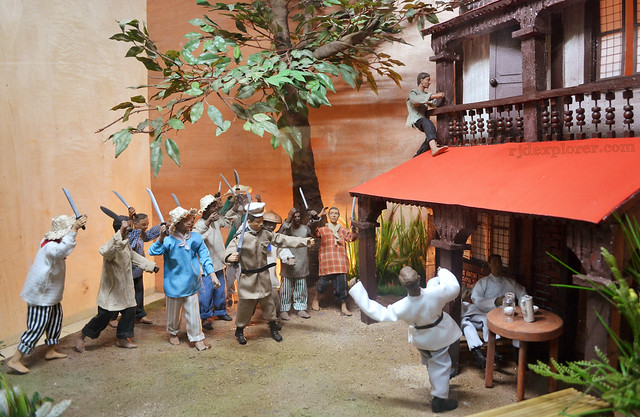 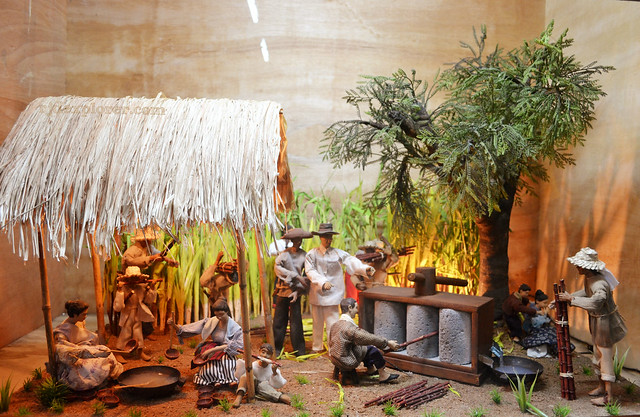 Tarlac Museum is located just across Romulo Boulevard and Maria Cristina Park. The museum archives some dioramas depicting the part of Tarlac during the Spanish colonization and the sugar industry of the province.

The memorial was built to express the indisputable respect to the soldiers who fought and risked their lives during World War II. It was the terminal point of the historical Death March that started in Bataan. The names of the unsung heroes were culled on the circular Wall of Heroes bordering the centerpiece of the shrine, a 200-feet high obelisk. The need-like tower has 3 sections which symbolize the Filipino, American and Japanese people while the regulatory signal beacons are installed atop the obelisk to symbolize the height of nationalistic aspiration of Filipinos towards peace and freedom.

The place was originally established as Camp O’Donnel in 1940 as center for the military training for the Filipino Youth. Trees are eminent on the sides of the pathway to the shrine with each tree represents a soldier who stood to fight for the Filipino people.

The eruption of this stratovolcano on June 15, 1991 made history with its effect felt all over the world. Now, Mount Pinatubo is a place for exciting adventure activities. From Capas Satellite Tourism Office, you can have your 4×4 jeep ride to the jump-off point to the crater. You can experience an exceptional setting with the Lahar Mountains in the background as your jeep ravages some streams.

From the jump-off point, another 30 to 45-minute trek will lead you to the splendid crater of once a site of destruction. If you’re lucky enough, you can view the jade-green color of the crater lake.

The next time you make your way to the north, dropping by these attractions will enable you to grasp and take a slice of the prolific story of Tarlac.