Osmeña Peak traverse to Kawasan Falls in Badian, Cebu was the original plan. But since the province had unpredictable weather during the past week, and a greater possibility of rain based on forecast, we didn’t take the risk. I needed to get out of my abode to kill the weekend boredom so I decided to have a walking tour of Cebu’s historical sites.

First on my list was Casa Gorordo Museum located in Lopez Jaena St., Tinago, Cebu City. It is considered as a historic museum as it was once a place of sophisticated lifestyle of a Cebuano-Filipino family way back in the 19th century. The house was built in 1850 by Alejandro Reynes, but bought by Juan Isidro de Gorordo in 1863.

The posh standard of living of the owners can still be seen on the items available inside the museum/house: four-post beds, presence of ventanillas, and a bathtub which is a symbol of lavishness during the era. The long hallway on the second floor crosses the suitor’s corner, chapel, guest room, library, dining areas, kitchen, and on the far-end, the baño.

Located on the next block, on the corner of Lopez Jaena and Mabini Street, is the 17th century ancestral house of the Yap-San Diego clan. It is considered as one of the oldest houses in the Philippines and perhaps the oldest Chinese home outside of China. The house, which is 330+ years as per the in-house guide, has its roof and walls 95 percent original.

Religiousness of the owners is very evident with the presence of numerous saints and images all over the place. Wearing slippers and shoes on the second floor is being discouraged for them to preserve the wood floorings. On the rear part of the house, can be seen from the garden, is an old boat that was used to cross the channel from Cebu mainland to Mactan. The present generation of the Yap-San Diego clan still utilizes the house during weekends.

Walking down Mabini Street, a monumental figure got my interest. Known as the Heritage of Cebu, the tableau showcases the colorful history of Cebu. The construction began in July 1997 and was completed in December 2000. It was conceptualized by Filipino sculptor Eduardo Castrillo.

Despite the numerous and confusing number and letter routes, most of Cebu City jeepney routes converge here. The street upholds its role as the main commercial street of the city with the presence of shopping centers and banks. A few meters from the obelisk is a branch of Shamrock selling flagship products of Cebu such as dried mangoes, chicharon, dried fish, and some pastries.

Raja Humabon was the first Filipino chieftain to be baptized under Christianity together with her wife Humani, and about 800 Cebuanos. The plaza was built to commemorate this historic event of Christianity in the country.

The museum showcases Cebu’s heritage as one of the oldest diocese and the largest – at one time – in Asia. The more liberal stance of the Church of Cebu is reflected in its offering of the Museum building as a venue for non-religious activities such as cultural programs, poetry readings, book launchings and exhibits. Just across the museum is the Cebu Metropolitan Cathedral 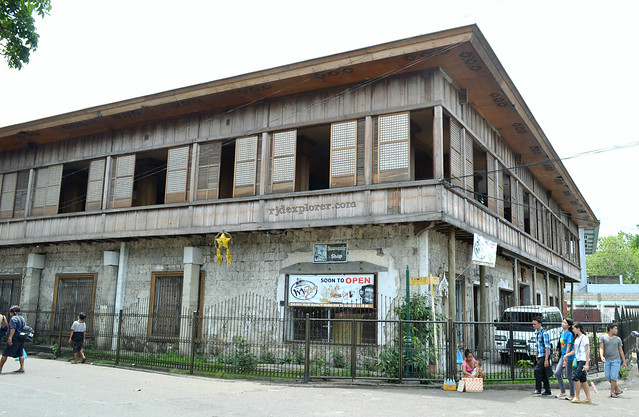 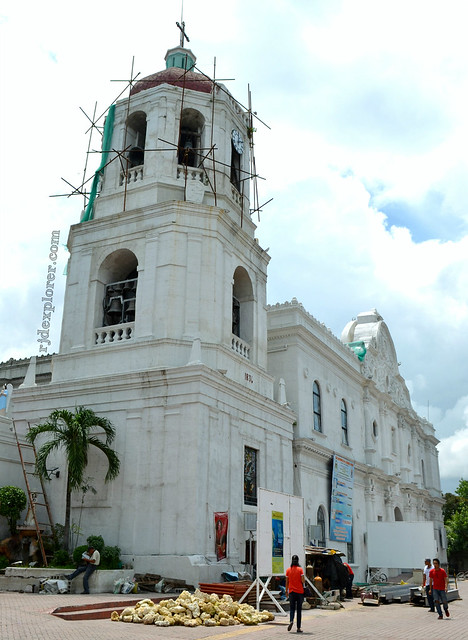 It’s just an epic fail moment that I wasn’t able to see Basilica Minore De Santo Niño before the October 2013 earthquake that hit the province. As of the moment, the church undergoes major restorations especially for its bell tower while the main hall is currently closed for parishioners.

Probably the most popular landmark in Cebu and the first item listed on the checklist of every visitor on the province. The famous marker encases the original cross planted by Ferdinand Magellan in April 21, 1521 that introduced Christianity in the Philippines. Women in yellow and white garments ask everyone to offer a prayer and a candle. They will perform a ritual dance which is known as the “Sinulog” in honor of the wooden cross.

Last activity I had that day was a visit at the oldest and smallest Spanish fort in the Philippines, Fort San Pedro. The fortress was built in 1565 and was constructed out of logs and hard clay but converted to coral stones in 1700, named as after the ship San Pedro, and served as the first settlement of the Spaniards in the Philippines. 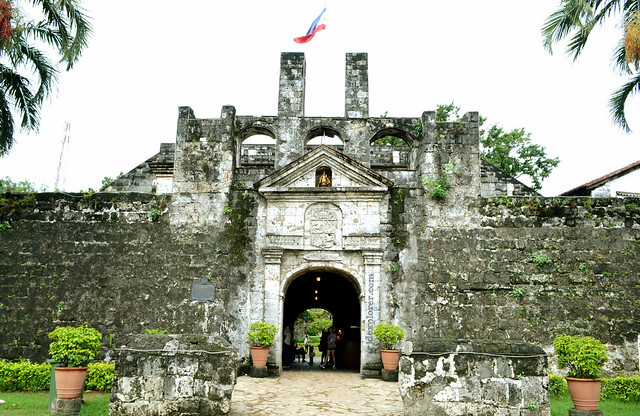 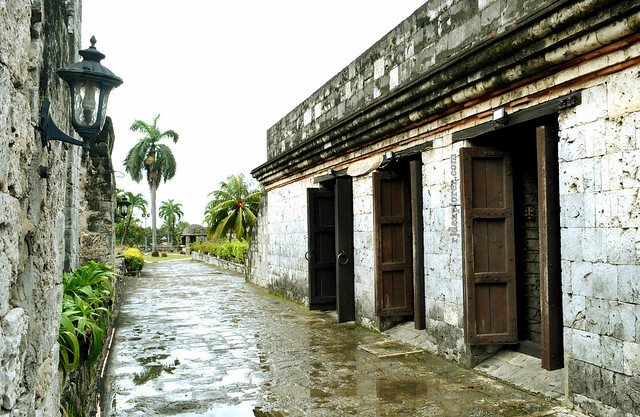 The oldest and smallest triangular-shaped fort in the country.

The triangular-shaped fortress has 3 bastions: La Conception, Ignacio de Loyola, and San Miguel. During my visit, some parts of the fort were closed for restoration with an ongoing exhibit of old stamps on the upper deck. Plaza Independencia is located adjacent to Fort San Pedro, a great place to have a stroll and some picnics for groups.

The failed attempt to traverse Osmeña Peak to Kawasan Falls resulted in a more meaningful and chronological recalling of the significant moments in Philippine history. With the activity, I was able to visit famous landmarks, with some of them considered as the oldest ones in the country. For other places to visit and see in Cebu, visit my Cebu Travel Guide.