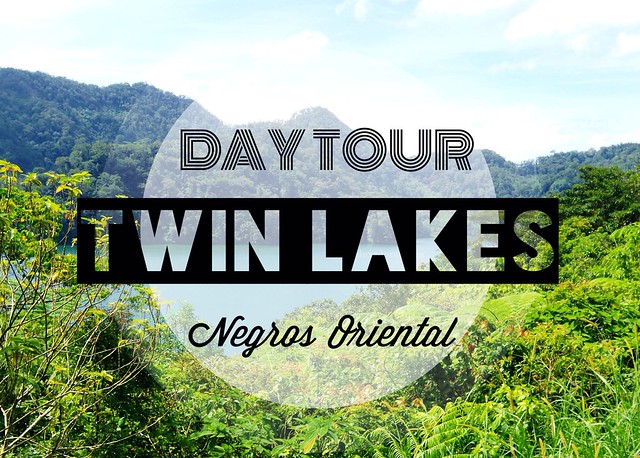 We found out that the 45-minute habal-habal ride from the highway to the natural park will cost us Php400 per person. It was a pain-in-the-ass considering that the entrance fees and activities weren’t included yet. Everyone dug all the bills and coins on their purses and bags, and everyone agreed to continue. At the end, we found ourselves squeezing inside a jeepney bound for San Jose taking some photos with an action cam, with other passengers served as our victims for photobombing.

Since we didn’t have an opportunity to properly do a research on how to go to the lakes, I volunteered to spot the signage for us not to get lost. The driver was helpful enough to notify us that we were getting near the jump-off point. From Dumaguete City, the road going to the lakes is on the left side of the road. 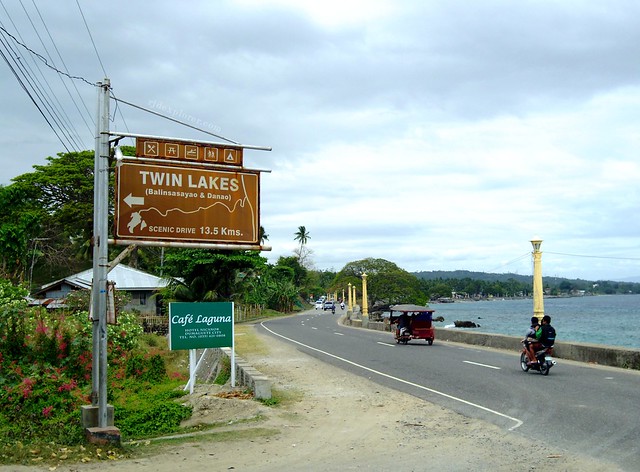 The small shed serves as the terminal for habal-habals that can bring you directly to the lakes. Some locals approached us immediately and offered their services. I asked for the price, “Php 400 per person, roundtrip,” he mumbled. We tried to bargain and got it for Php 300 per person. We found out that the ratio should be 1 is to 1, but there were two people per habal-habal, maybe because of the bargaining moves we did. Anyways, we securely settled at the backseat.

I saw a mountain and tried to tell my friend that we’ll be going there, a supposed joke was confirmed by the habal-habal driver. In fact, at the back of that mountain, he added. We just enjoyed the trip taking some snapshots of the majestic hues of nature’s green.

Some parts of the road were still under construction during our visit but almost 90% of the road to Twin Lakes was already paved. There are parts that are really steep with the driver momentarily reminding us to lean forward for us to ascend the road worry-less. 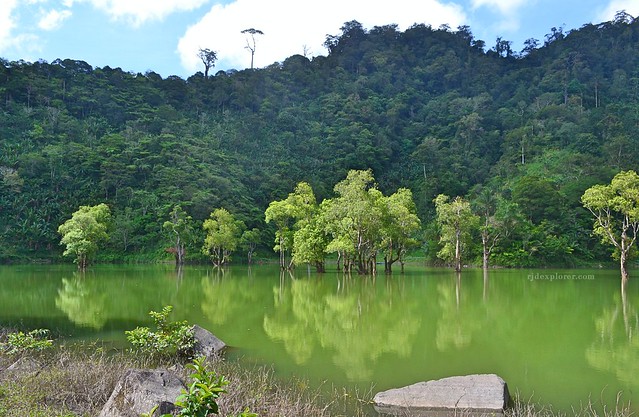 Along the way is a shortstop for the motorcycles and also to pay the necessary fees, environmental fee is Php10 per person, plus a parking fee of Php22. At the back of the place is a small lake, or I should say a pond, they called as Kabalin-an Lake with some trees/mangroves in the center. 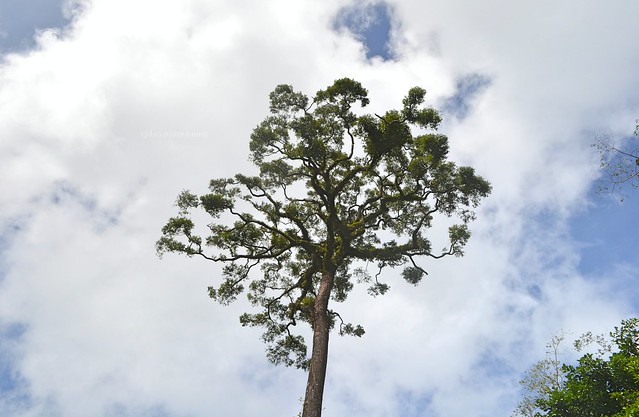 Some minutes later, we arrived at the viewing deck. The viewing deck has a restaurant you can negotiate for your food just in case you forgot to bring some during meal times. We were still full from the Gabby’s Bistro breakfast we had so we didn’t mind the offers they told us. 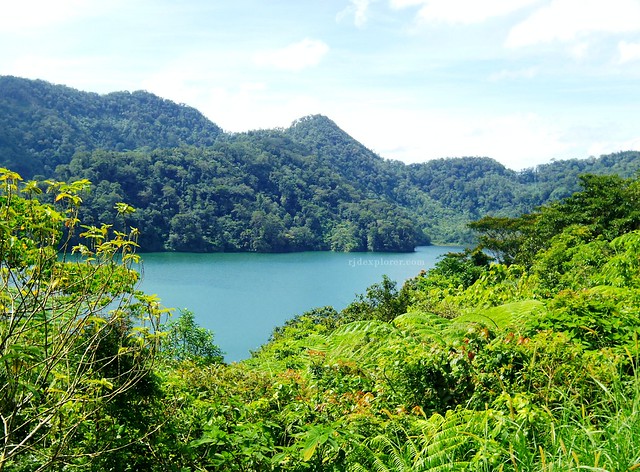 Instead, we talked to them for the kayak rents. Unfortunately, boating is the only activity that is being offered in the lake because the kayaks are not in good conditions anymore. Php250 for the entire boat, for one hour.

From the deck, the emerald color of the lake stands out from the lush landscape that surrounds it. I saw a tent perched on the shade of trees, I confirmed from the caretakers that overnight camping is allowed at Php50 camping fee per tent. It would be a great experience to spend a night in the middle of nowhere with bushes of trees and calm lakes. 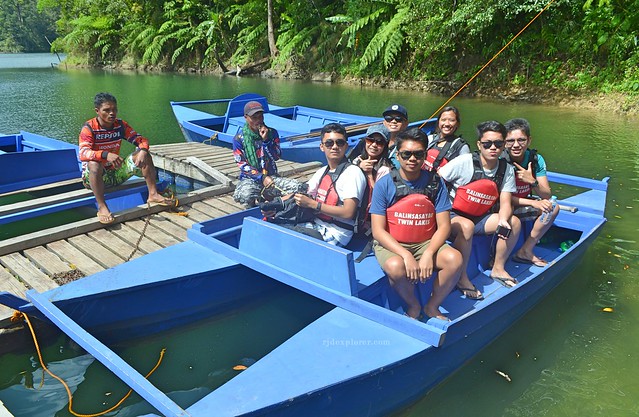 We were told that fees will be settled at the dock. A short walk on a steep road to Lake Balinsasayao. Our guide, who also served as our boatmen, handed each member with a life-vest and went on the boat one by one. At first, I thought that the lakes were connected with some kind of a passage or channel but the guide informed us that we will be having a short trek instead going to the second lake. Cruising Lake Balinsasayao under the morning sun with friends appreciating the beauty of nature was such a wonderful thing to do. 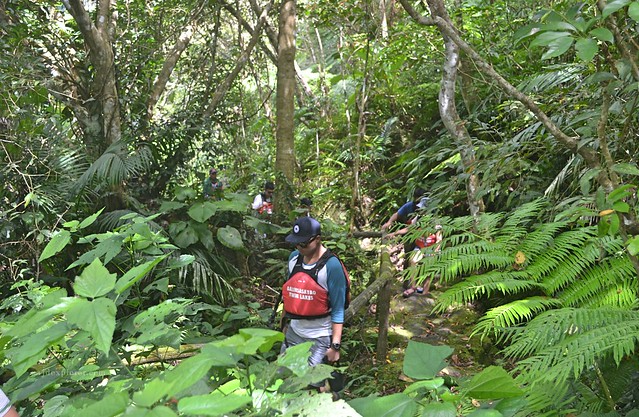 The trek indeed was short that we found ourselves being amazed by the water of Lake Danao, the other lake. There is a trunk of a tree fallen down on the side near the area guests can access that served as our platform in taking nice photos. I was worried that a crocodile might get out of the water and devour me which the guide laughed at and gave the assurance that there are no crocs in the lake. Swimming is allowed but you need to secure a waiver first before plunging into the cool waters of Lake Danao. 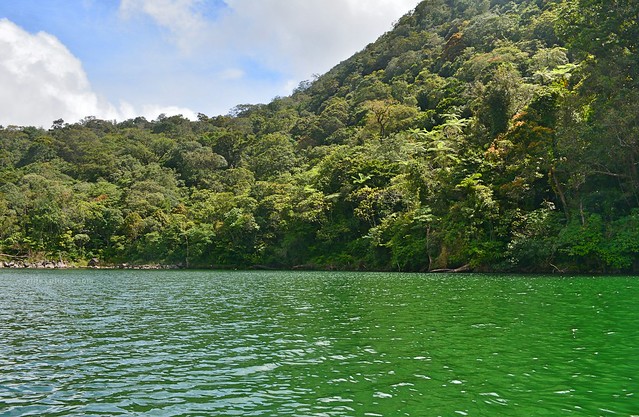 The boat rate is only for an hour so after taking hundreds of photos, we immediately got back to our boat in Lake Balinsasayao and sailed back to the origin. On our way back, we saw two hawks flying and enjoying their freedom above us.

The Twin Lake visit was a short one and the travel time to get there took most of the time we allocated for that activity. Nonetheless, we enjoyed the long habal-habal ride that we found ourselves tired and sleeping inside an ordinary bus back to Dumaguete City.