Admit it or not, natural attractions on your destination are more interesting to explore than the usual landmarks and historical sites. Not that I hate the latter, but attractions created by nature have greater impact on my experience and stay in a certain province. I was able to discover another spot I didn’t imagine actually exist in the province of Nueva Ecija, Minalungao National Park. 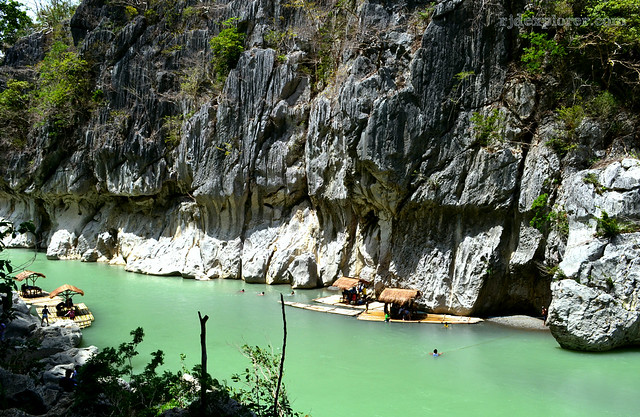 The common notion during summer is to find the nearest beach to defy the intense heat. An idea which is somewhat an issue for the people of Nueva Ecija considering that it is a landlocked province. Nearest beach is about 3-4 hours away from Cabanatuan City, located in the province of Aurora. This led to the discovery of an attraction that will surely put Nueva Ecija on the tourism map.

An early drive from Microtel Cabanatuan took us 2 hours to reach the municipality of General Tinio (was known as Papaya) located at the foot of Sierra Madre. The way to the park from the provincial road was not that developed so expect a bumpy (and dusty) ride along the way. 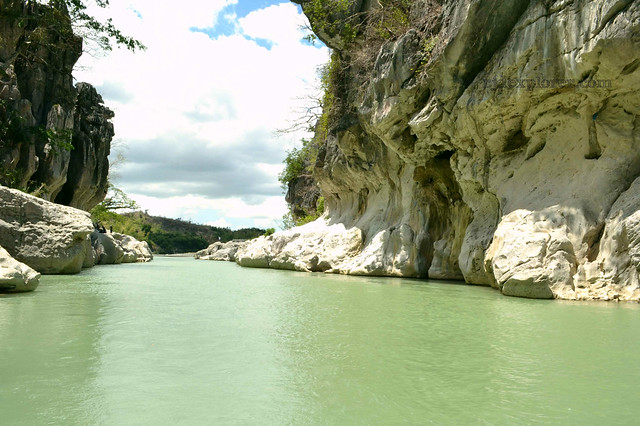 I was sold to the narrations of a buddy (second-timer in the park) on how majestic the park is. Minalungao’s unexplainable aura can already be perceived from the area where we parked our van. The water on the narrow part of Peñaranda River flanked by towering limestone on the sides. Activities in the area include the hike to the nearby hill having a large cross atop, cave exploration, bamboo rafting, and trekking on the limestone. 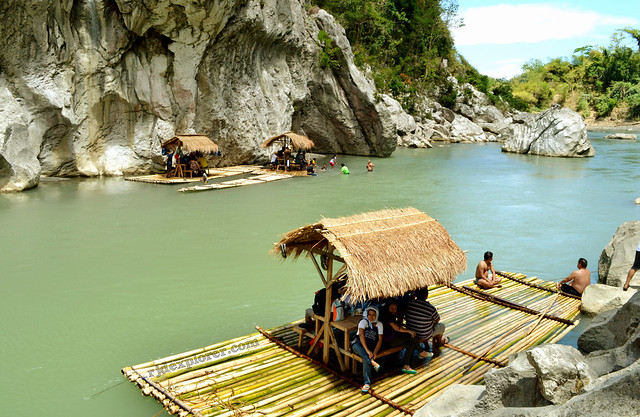 Our first activity was the hike to the nearby hill with a thousand steps to the view deck. The strenuous trek took us about 30 minutes tramping under the heat of the sun. A large cross situated on top of the hill signified the end of the exhausting trek. The view covers the plains of Nueva Ecija and some parts of Sierra Madre on the other side. After some minutes, we decided to descend for lunch. 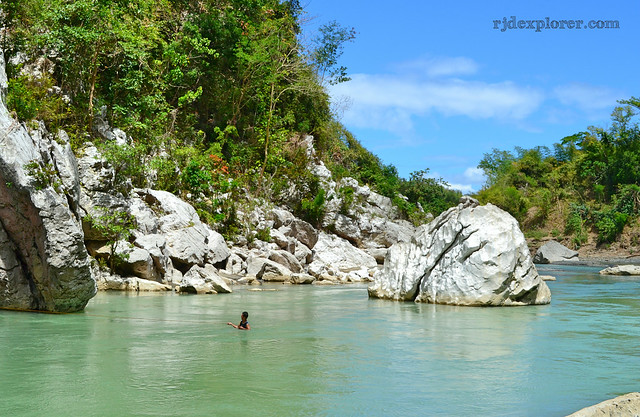 There are two options in going back to the cottages lined-up on the riverbank, either riding the bamboo raft or crossing the stream. We chose the first one. The numerous picnic huts were already occupied as we arrived with the crowd of locals, families, and friends, swimming in the cool water of the river. 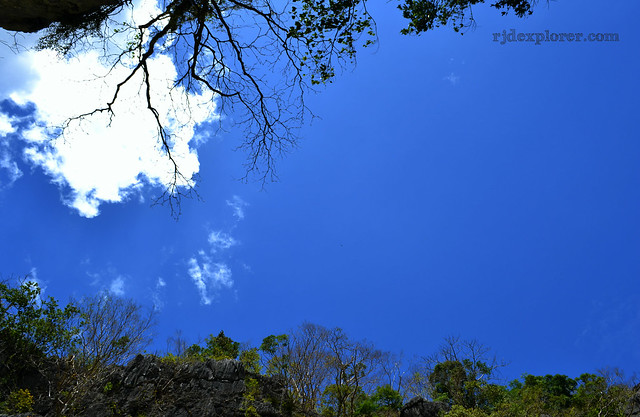 After a hefty lunch, we again boarded the bamboo raft for a ride to the rear end of the park which is a shallow spot good for swimming. Our guide also served as our boatman during the river tour. More challenging option is to trail the limestone on the side of the river on a careful manner due to the sharpness and unevenness of the rocks. We didn’t swim but we were able to explore the cave near the river. It was so warm inside the cave but a chamber gives-off a cool wind that made me shiver during that time. 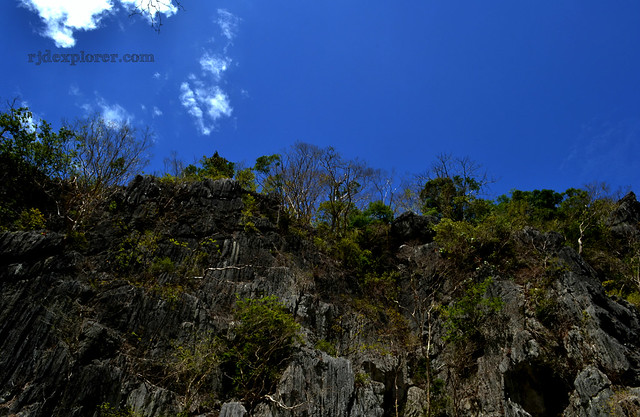 We went back to our rafts as locals bathe and do some cliff dives in the river. I don’t recommend cliff diving since it is a risky activity to do in the area. If you love extreme outdoor activities and insist, better hire local guides to direct you in the areas safe for diving. 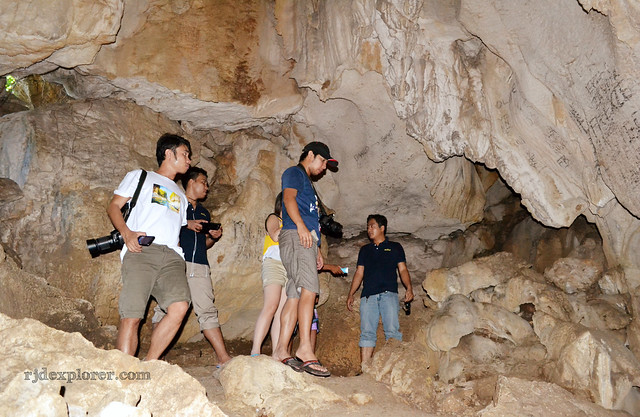 It was already weeks after my visit to Minalungao National Park and I’m still in great admiration to this wonderful creation. The park was perfectly placed in the middle of vast lands and hills of Nueva Ecija as the rays of the sun glitter the emerald to murky-green waters of the river and the dazzling gigantic white limestone on its side.

How to Get to Minalungao National Park

Board a bus going to Cabanatuan City and tell the conductor to drop you off in Gapan, fare is around Php 150 and travel time for about 2-2.5 hours. From Gapan, either take a jeepney (Php 23/pax) or tricycle (Php 150/trike) going to General Tinio (Papaya). Charter a tricycle going to the park since there are no public transportations available. Php 300 for a roundtrip fare is enough but please give an extra fee if you tend to stay longer in the park (take note that the driver will wait for you until you leave).