Have you ever tried exploring a science city? Not a city having lab equipment as landmarks or having a park with the Periodic Table etched on the terrazzo. This city was tagged as such because of the availability of private and government agencies that facilitate different research for the purpose of development.

Muñoz City has been declared as the first and the only Science City in the Philippines through the approval of the Republic Act No. 8977, an act “Converting the municipality of Muñoz in the Province of Nueva Ecija into a Component City to be known as the Science City of Muñoz.”

First stop of our visit to the city was the Philippine Carabao Center. A short orientation was organized by the management led by Dr. Annabelle Sarabia who discussed some of the major roles of the center. From the audiovisual presentation that was shown, PCC’s functions include the advancement of animal technology, study of the issues related to livestock and providing different services, training, and technical assistance to promote the carabao as source of income and improved general well-being of the rural farming families.

She also infused the idea that instead of having the concept of Research and Development, the mission and vision of PCC align with the core concept of RESEARCH FOR DEVELOPMENT.

From the main building of the center, we were brought by Dr. Daniel Aquino on the breeding site where we had a close encounter with the buffalos. He also showed us the tally board of the number of carabaos in the center as well as the amount of milk that is being produced. He also detailed the different services being offered by PCC such as Artificial Insemination, Bull Loan Program, and Frozen Buffalo Semen Distribution.

Near the PCC compound is Milka Krem, an infrastructure built to support dairy farmers. Milka Krem, with PCC’s assistance, was intended to be a venue for the local farmers to have the chance of commercializing their product on a bigger market. With the tagline “Fresh and Natural”, dairy products available include pasteurized and homogenized milk, yoghurt and jellies, mozzarella cheese, kesong puti, some pasalubongs such as pastillas de leche, sylvannas to cakes and pastries.

Central Luzon State University is a prime institution when it comes to agriculture together with the implementation of research and extensions being taken place in the university.  The tour was continued with a visit to CLSU Freshwater Aquaculture Center where tilapias are being confined for molecular biology and biotechnology purposes and is also known for genetically improving the breed of tilapia.

Speaking of tilapia, who would’ve thought that it can be considered as a flavor for a cool dessert? The Tilapia Ice Cream of CLSU got the spotlight when it was launched at the 2nd Asian and Western Tilapia Cuisine Festival on September 2011 when everyone was intrigued by the dessert. I was also interested in trying out the ice cream as I look forward to what it would taste like. 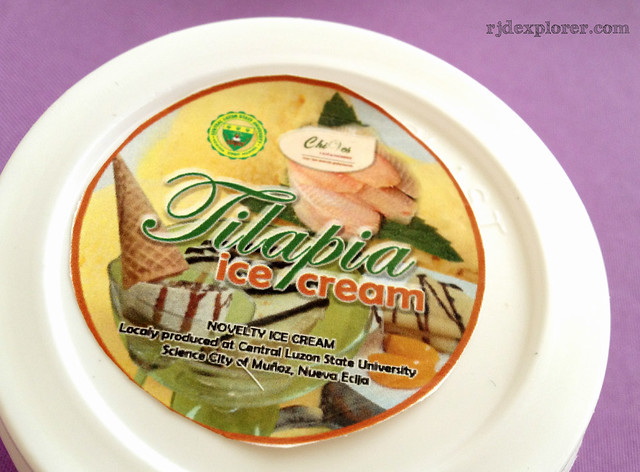 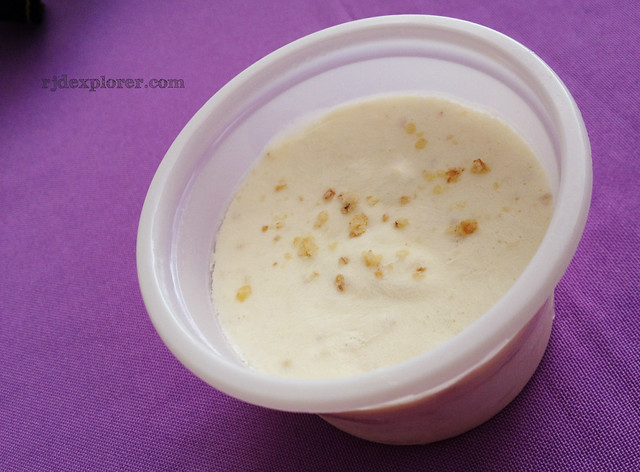 It doesn’t have the fishy smell or taste, as expected. They’ve complemented it well with a lot of milk, some cheese, and grated walnuts to eliminate the bizarre smell of the fish. What will make you realize about the main ingredient added to the frozen dessert is the texture that will make you feel the flakes of the tilapia.

To have this kind of tour not as typical as the common city tours where you roam around the perimeters of the town to discover landmarks and attractions, was a great and new experience. The educational tour best described the daily routine of the people and the major contributions of the products and results of these research and developments being taken place in the city.