I’m not a fan of Batman, never tried and no plans in seeing one; so get ready to throw those boos and hisses. But I was forced to get to know his species during my visit to Monfort Bat Cave Sanctuary in Samal Island. 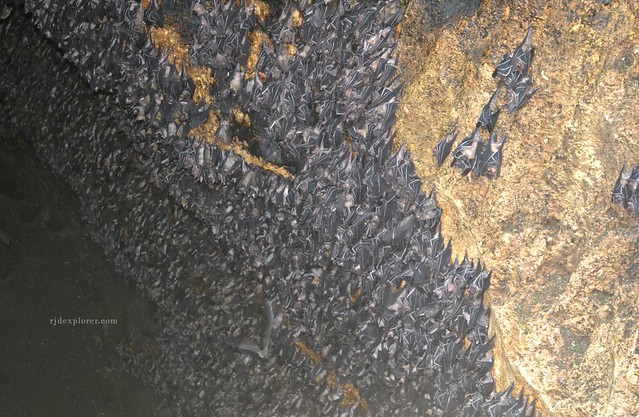 It was funny that I visited Samal just to see those nocturnal mammals. Bats are the largest order of mammals, about 20% of all mammals in the world. No wonder why there are about two million bats in the sanctuary.

The compound is a normal family hideaway, with a house, and a view of the vanishing island. Upon settling the Php100 entrance fee, tourists will be directed to the receiving area where information about the bats and numerous recognitions and citations were given to the sanctuary, can be found. 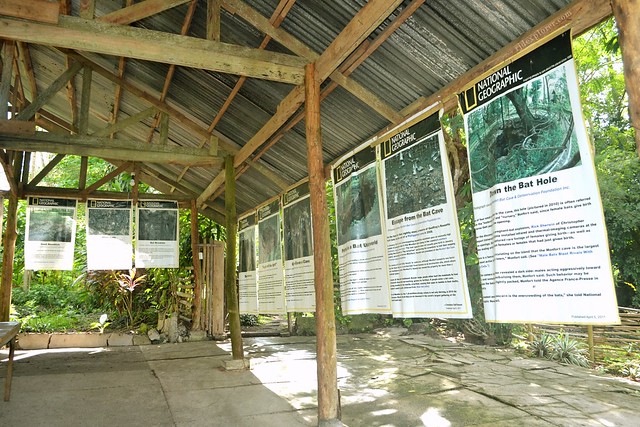 There was only one guide on my visit so we waited for her to finish her current round. There are five cave entrances in the sanctuary that serves as viewing windows to see the large colony of bats. Analyn, the tour guide, led us to the first hole and started the ala-Kuya Kim trivia throwing.

The sanctuary is currently under Norma Monfort, with her family maintaining the area for almost a century now. The 75-meter cave is dominated by Rousette fruit bats, which are usually called megabats. She also mentioned that it was mating season that was why we spotted some couple of bats busy doing their thing. 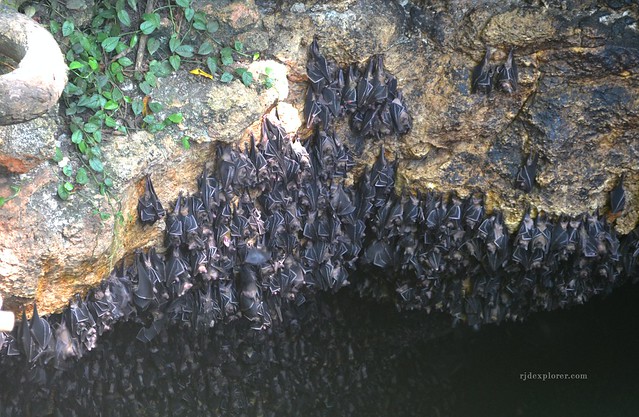 According to her, few decades back, bats are in Talicud Island but due to the improper way of harvesting guano, bat’s manure, the colony transferred to Samal. Guano deposits are one of the most expensive manure due to its high content of nitrogen, phosphate, and potassium.

Information about Batman and Dracula’s relatives continued with the guide’s narrations. Samal Island’s supply of food is not enough to sustain the food need of the entire colony so they fly to nearby places and as far as Bukidnon to search for food. She also said that the bats are not allowed to go in Davao City because they might be caught by traffic enforcers for over-speeding. I laughed hard. 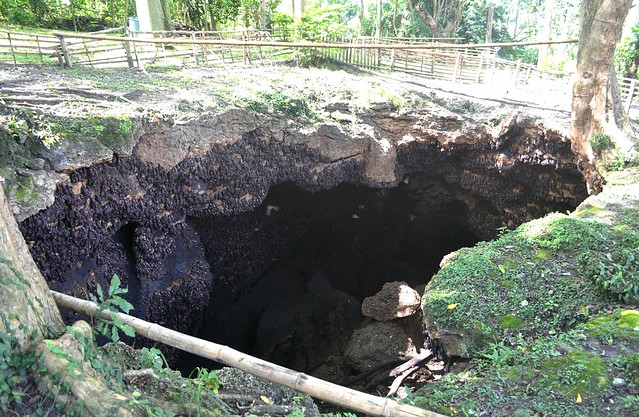 Kidding aside, she added, fruits are too expensive in Marco Polo Davao. It was amusing that she cracks jokes sometimes for the guests not to get bored, and be distracted from the foul smell of the guano.

Aside from day tour, tourists can also visit the sanctuary during sundown to witness the Circadian flight. It is when the bats go out of the cave to search for food. You need to inform them in advance so they can coordinate someone to assist you. Additional Php100 pesos if you’re interested in night tours.

Make your way to Sasa Wharf where you can take a ferry to Samal Island. Php10 for a 10-minute ride. From Samal Ferry Terminal, look for habal-habal drivers who can bring you to the bat cave sanctuary. They usually charge Php50 per person per way.