The sun was peeking out in a small gap of the window curtains as I got out of bed. Weather was fine that day after a heavy rain that engulfed the whole city the other night. It was my last day on that Baguio City trip and I have nothing in mind to do for that day. I decided to reach for my phone and consult my friend Google for other attractions to visit in Baguio. Camp John Hay turned out to have the most number of search results, and I’ve never been there.

Getting to CJH by jeep is a little bit of a hassle that I found myself on those unusual taxi rides going to a destination. I was supposedly checking only the Cemetery of Negativism but the lady on the ticket booth told me that the entrance fee I paid includes the visit to the Bell House and a Secret Garden.

The place wasn’t that crowded by the fact that it was a Sunday. Cemetery of Negativism is situated right at the entrance but a Totem Pole; few meters away got my attention. The 2-3 meter art, created by Ernesto Dul-ang, features a series of 10 historical people on the first half of the 20th century. The pole includes, from top to bottom, Admiral George Dewey, General Emilio Aguinaldo, President William Howard Taft, Secretary John Milton Hay, William Cameron Forbes, President Theodore Roosevelt, Major General Franklin Bell, Lt. Col. Lyman Kennon, Mayor James Halsema, and General Douglas McArthur.

CEMETERY OF NEGATIVISM (THE LOST CEMETERY)

Well, this is not the usual cemetery you know because there are no dead bodies here but a burial place of negativism instead. A welcome sign says, “Negativism is man’s greatest self-imposed infliction, his most limiting factor, his heaviest burden.” The first sentence struck me like a lightning to its casualty. I continued reading until the last part, “Have a good day! Treat today like it’s your last – though it’s the first of the rest.” 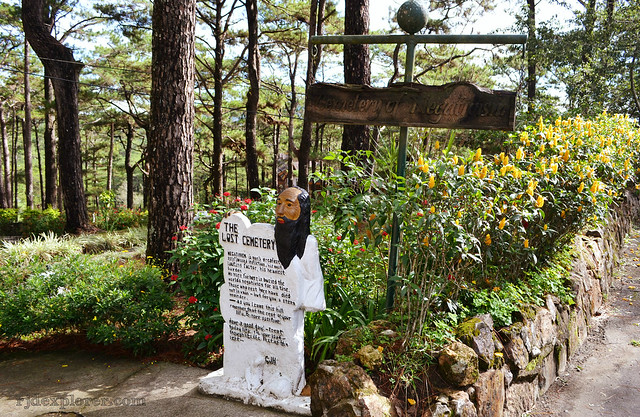 My interest in roaming around the Cemetery of Negativism was step up and I started hopping from one epitaph to another. Epitaphs that I easily remembered are of Kantdu Nuthin Wright, Imn Only Chile, A. Truly Misreableday, Why Dident I?, Wont B. Used, Uhafto Or Else, and Will Not Last. 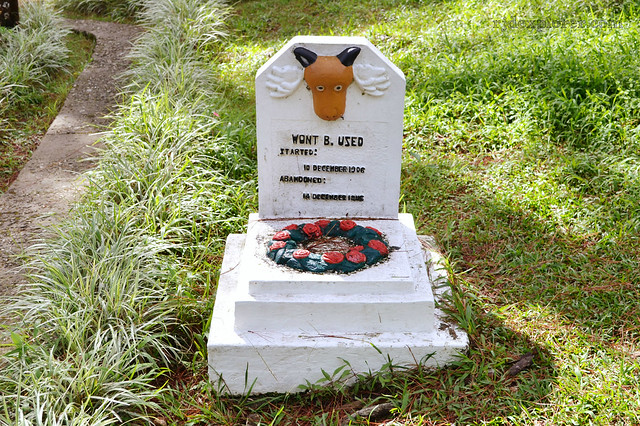 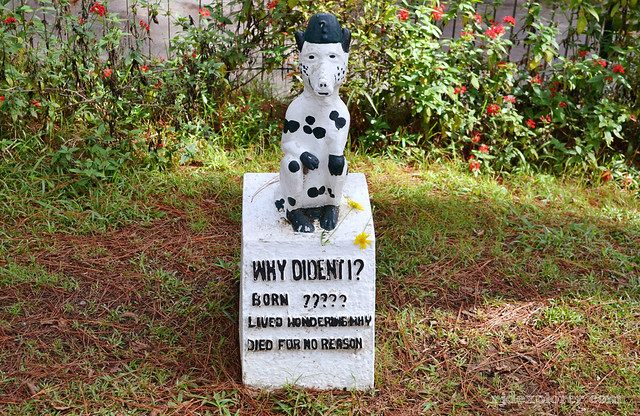 I was amused by the inscriptions at first but as I internalize the phrases, it made me recall some of the past moments of my life where I let inhibitions took over. Then I started to appreciate the aim of the place, to leave all negativities in that hill and be more positive. 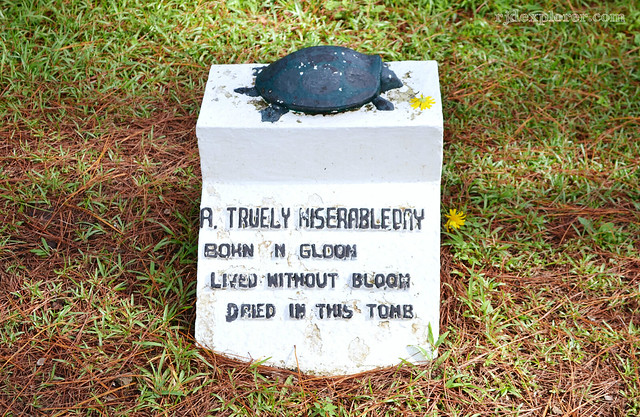 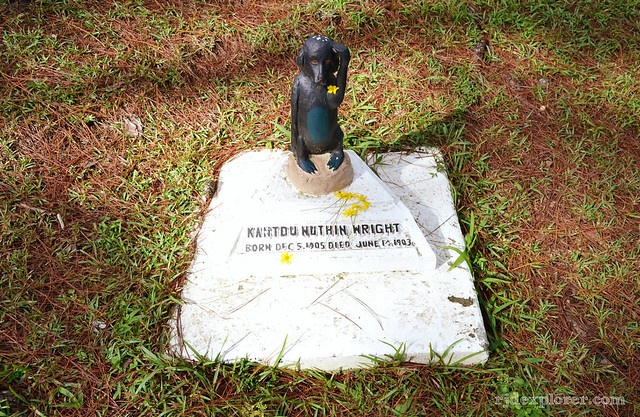 Next part I was able to explore is the Bell House, which is indeed was named after General J. Franklin Bell, that served as vacation quarters of the Commanding General of the Philippines in the past.

On the main entrance is a spacious living room that is adjacent to the dining area. Large mirrors were placed on the opposite side of the partition wall. The outsized windows enable the cool wind from the forested area of Camp John Hay to enter the dwelling. From the receiving area, a hallway stretches to the back of the house and passes through a number of rooms. 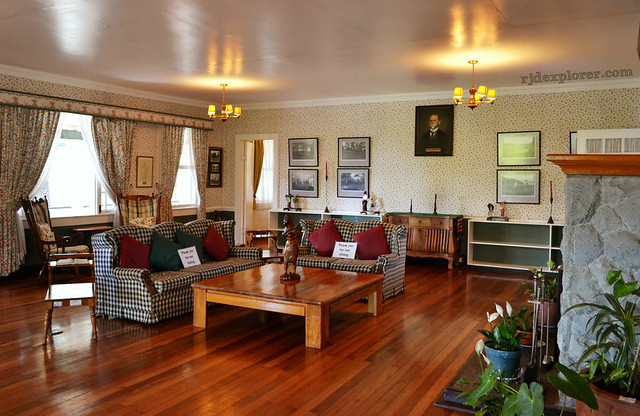 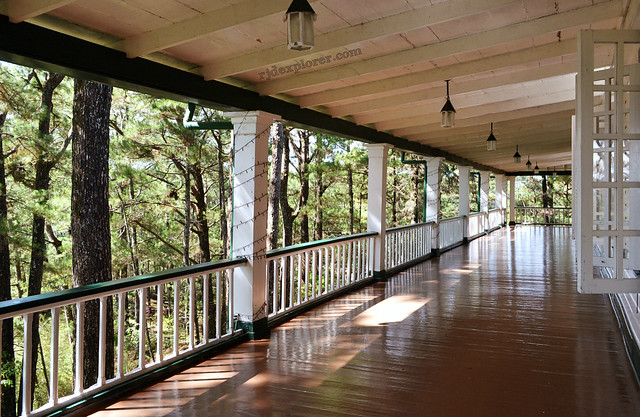 As per the people maintaining the house, a breathtaking panorama of the mountain ranges of Benguet including Mt Pulag can be seen from the veranda. I was just lucky to visit the place early morning that fogs still block the view. Bell House is now a modern museum of colonial, literature and lifestyle. At the other side of the house is its amphitheater.

I politely asked the lady at the Bell House where is the Secret Garden and she answered sarcastically, “That’s why it is secret Sir.” I sniggered, but she gave the directions afterwards. The path to the Secret Garden is actually a history trail that underlines Camp John Hay’s story.

The trail started on how CJH became a haven, to the green years before the World War II, and the surrendering of the tiger. Materials are available along the way that explicitly shares these stories. Then I came to discover the Secret Garden which is actually situated along the trail. The gazebo, surrounded by towering pine trees, serves as a view deck to the mountains hidden at the end of the ridge.

I was alone in the Secret Garden that time and having total serenity, I seized the opportunity to reflect and meditate. I really value moments like this during some of my travels because it enables me to stop and assess, and at the same time, set short and long term goals.

I continued the trail that finally led me back to the amphitheater and officially ended the Camp John Hay morning walk.