Last year, the last novena mass and procession were ticked off on my list of things to do during Sinulog Festival. Fluvial parade, on the other hand, wasn’t realized as I wasn’t able to search on how can I get access to the boats joining the parade on sea. This year, with an invite from a workmate, the plan of joining one of the most attended Sinulog events was accomplished. 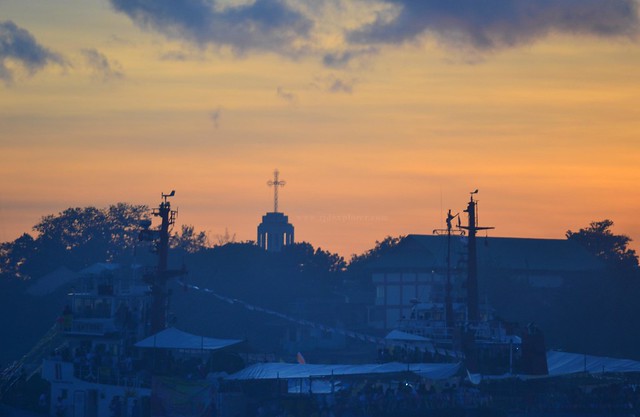 Groggy from work, around 3 in the morning, we went directly to Mandaue City to board a tugboat that was officially part of the fluvial parade. The boat was festive because of the colorful pennants and banners. We were one of the first groups who went onboard and after few minutes, devotees carrying images of the Child Jesus started to arrive. 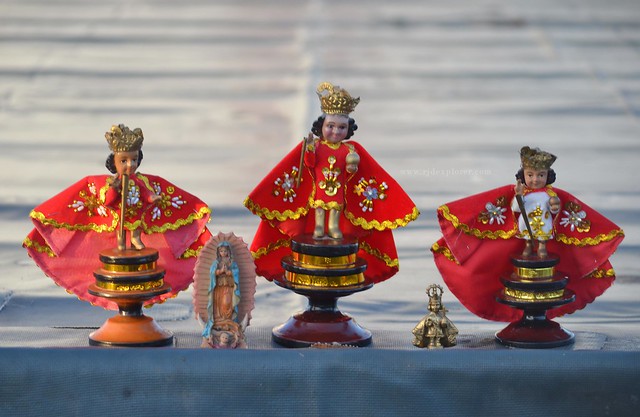 It was overwhelming to see people waking up too early in the morning to attend and show their respect to their ‘Santo Niño’. While waiting for the official start of the parade, the crew of the boat offered free coffee and bread to everyone. We wanted to be choosy but our tummies were already out of control so we queued to have some. 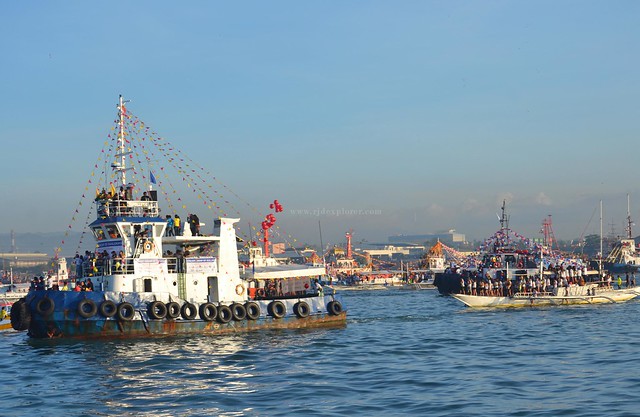 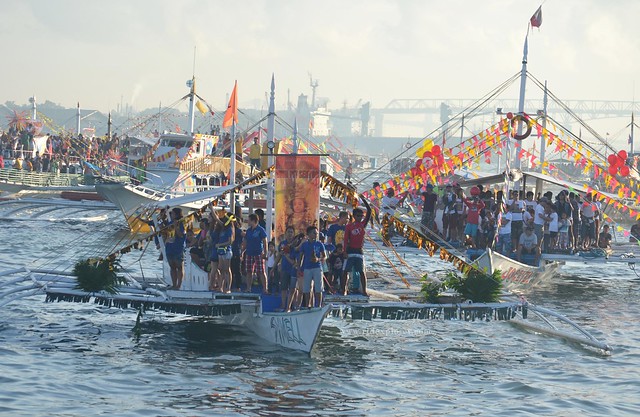 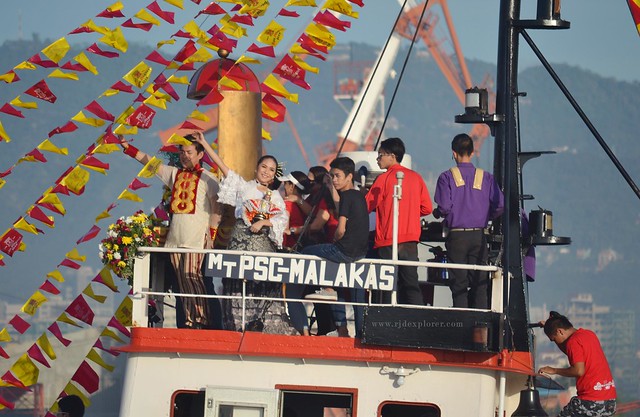 Dark still covered the area when the crew started to prepare the boat. Final devotees were notified to immediately board the vessel. The boat that will transport the image of the Child Jesus will be coming from another port in Cebu City. Afterwards, a fireworks display on that said port signaled that the image was already on its designated boat. 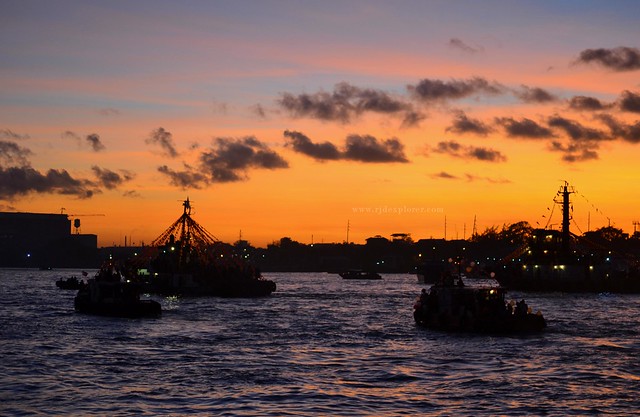 Sun started to rise and a spectacle of colors slowly illuminated the horizon while our boat was on its way to join the parade. With my work schedule, it was again one of the rare times for me to witness a great sunrise and considered it a blessing from the Child Jesus. Around 6:30AM when a throng of tumultuous boats playing different chants and drum beats moved along the parade route. 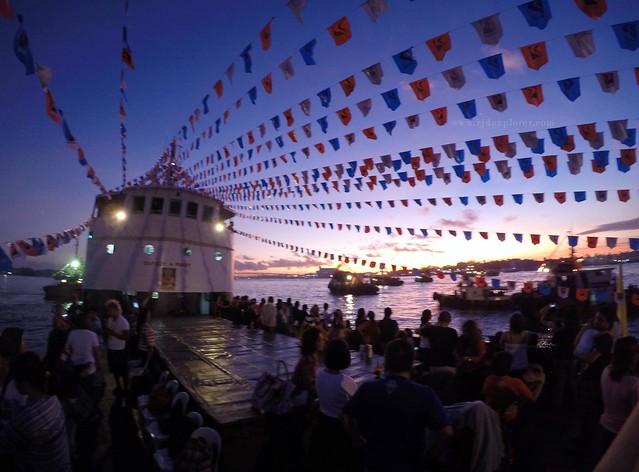 We lost track how many craft, from ferries to small outtrigger boats, loaded with faithfuls dancing, singing chants, and carrying the images of the Child Jesus joined the parade. People who weren’t able to reserve access to boats contentedly waited for the vessel carrying the image to pass by their area. When the crew noticed that we were already on the tail of the parade, we stopped somewhere near Pier Uno, followed by the decision of the captain to turn around and go back to the origin. It was a long 5 hours for us given that we went directly from work without any sleep yet the event was a great activity to experience during Sinulog.