Every country has its own story and traveling to these destinations makes a good way to get to know more. After I arrived in Ho Chi Minh City and dropping my backpack at the hostel, I immediately made my way to Ben Thanh Market. Crossing from the bus terminal to the market through the famous roundabout was really a challenge. Walking the streets of Saigon brought me to the Independence Palace, also called the Reunification Palace. 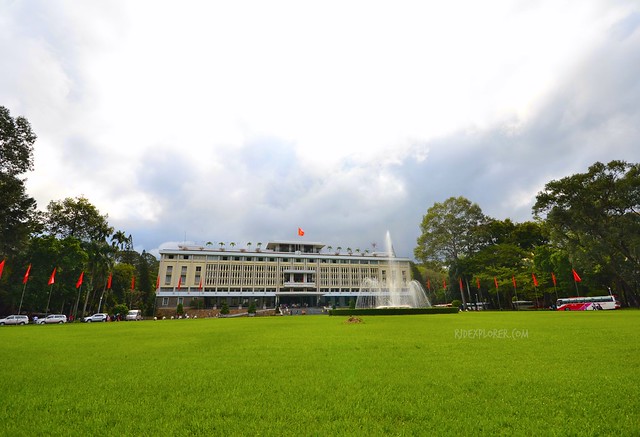 If you’ve been to Baguio City, first thing would be comparing the building to The Mansion. The structure is on the rear side of a sprawling compound with a roundabout covered with well-manicured grass. A fountain in the middle of the circular courtyard attracts every tourist for a picture of the entire landscape. Poles bearing the Vietnam flag dot some parts of the garden. 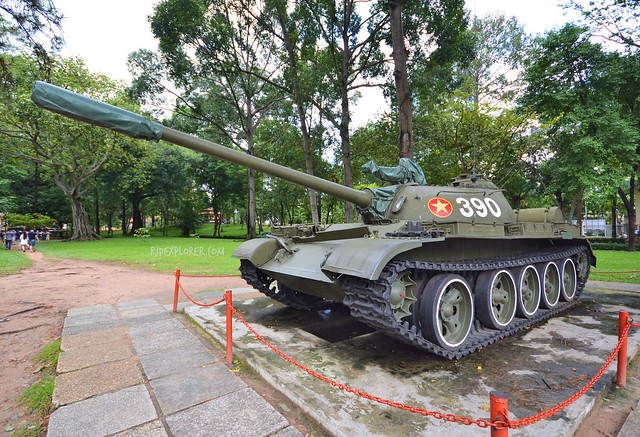 Entering the Independence Palace requires everyone to settle the 30,000VND (around 1.5USD) entrance fee. Don’t go directly to the gates as tickets are available on the shop at the left side of the compound. Before going inside the building, visit the site on the far right of the garden that showcases tanks and jet fighters used during the wars. 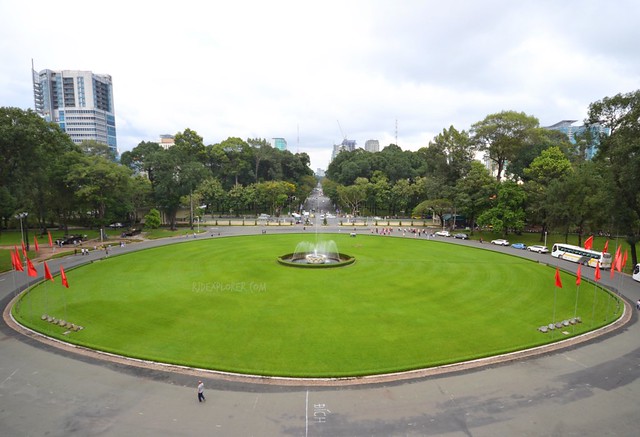 The palace, which has four floors, was designed to render an ancient ideogram ji, meaning ‘good fortune’. The segments of the structure symbolize truthful speech, unswerving fidelity, mystical triad: humanity, wisdom, and firmness of purpose; and prosperity. 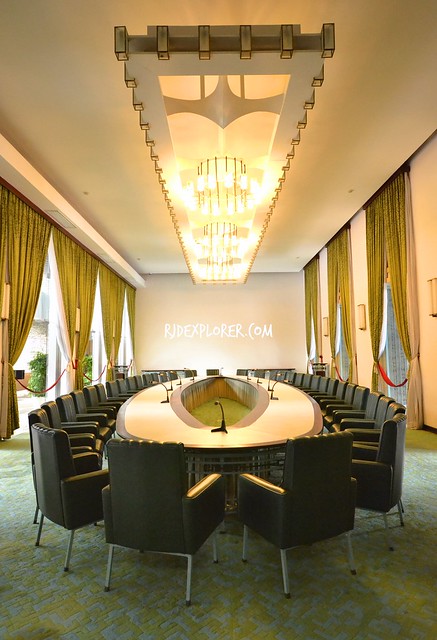 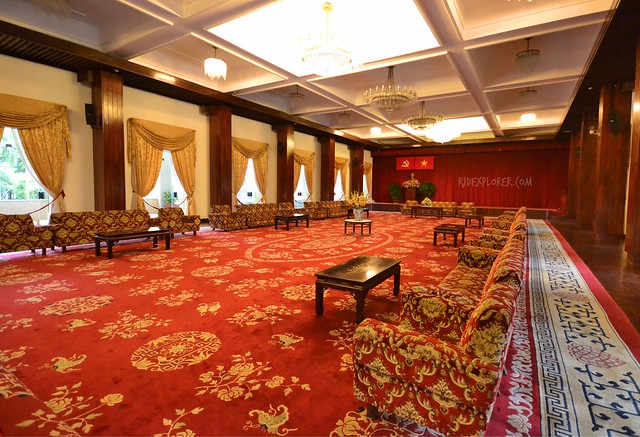 Hop from the first floor to the topmost and marvel at the quality of furniture, textile, and lighting fixtures used. Floor to ceiling curtains cover all doors of the Cabinet Room while 36 seats surround the long table. This is the usual place for meetings that include the Presidents and his ministers. The Conference Hall, that can accommodate up to 500 guests, also serves as a venue in installing new members of the cabinet. On April 21, 1975, at exactly 19:30 local time, then President Thieu delivered his resignation speech for 2 hours straight about the discontinuation of American support. 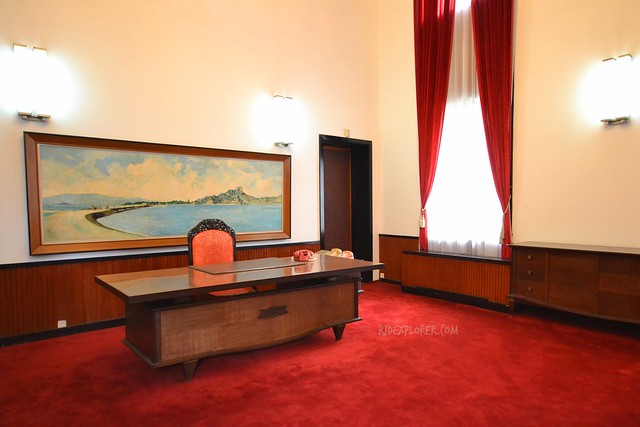 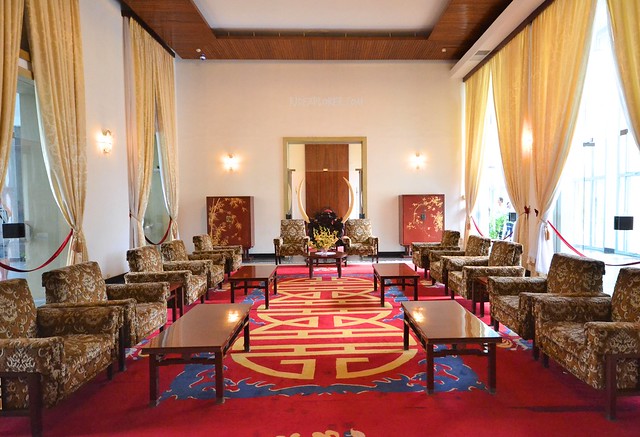 One of the memorable events in the history of Vietnam is the bombing of the palace on April 8, 1975. Lieutenant Nguyen Thanh Trung, who is an underground member of the Communist Party of Vietnam, had infiltrated the air-force of the Southern Republic and flew his F5E aircraft directly over the city and dropping 2 bombs on the palace that destroyed its helipad and main central staircase. As per the information I’ve read, this seriously destabilized the republic’s authority and prompted the US President to order the evacuation of the last of the Americans still in Saigon. 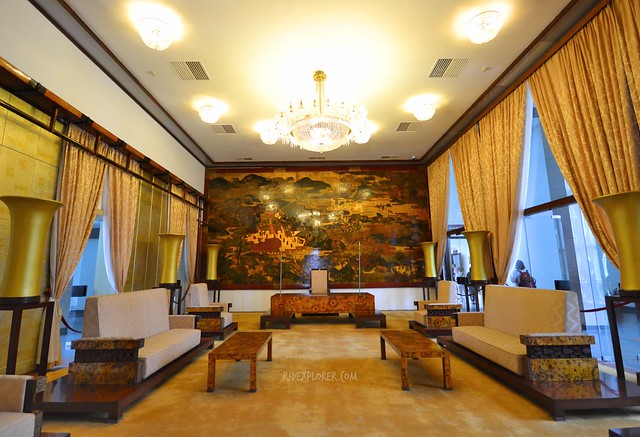 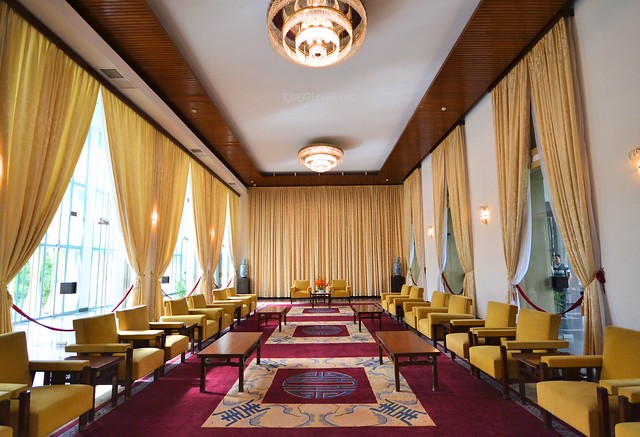 I started exploring the palace by myself yet there are in-house guides that will narrate significant incidents in the past. Other interesting areas of the palace include the National Security Chamber used for meetings of the President and his senior officers and US advisers; the Presidential office, reception rooms, as well as the Vice President’s reception salon, and ambassadors’ chamber. 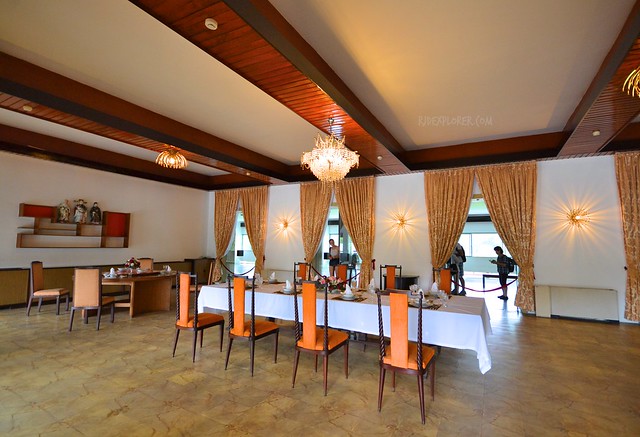 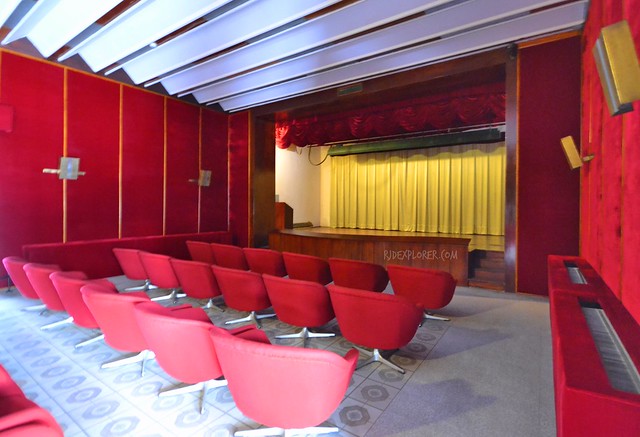 Other parts of the palace worth dropping by are the first lady’s reception room and mini-theater. In addition are the game room, and the roof deck for an unobstructed view of the city. There’s also a helicopter on the helipad but they don’t allow visitors to go near the aircraft. 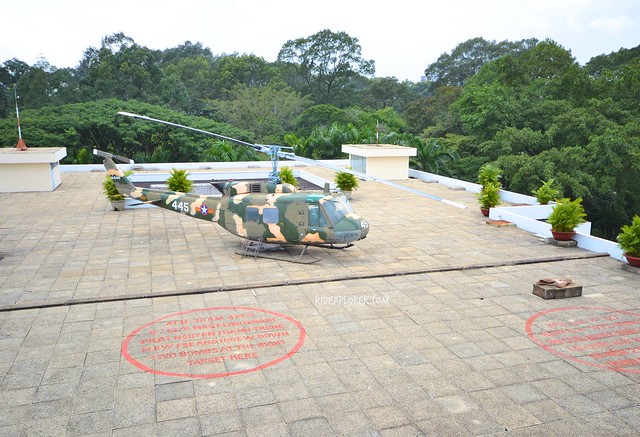 If I wasn’t in a hurry for the XO Foodie Tour, I would’ve stayed a bit longer in the palace. Nonetheless, it was delightful to absorb a part of Vietnam’s interesting history just by wandering on the corridors and halls of a structure that witnessed these events in the past.

HO CHI MINH CITY | 7 Fun Things to do in Saigon