A glance on my phone reminded me that I needed to get back to The Common Room Project. A guide from XO Tours was scheduled to pick me up at the hostel for a food tour in Saigon. Estimating the time left before 5:30PM, I hurriedly made my way to War Remnants Museum from Independence Palace. 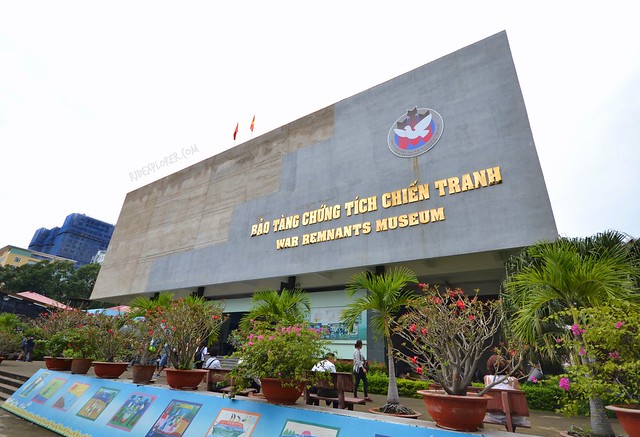 Few blocks away from Reunification Palace and after the hordes of tourists, I arrived at the gate of the museum. War Remnants Museum closes at 5PM, Vietnam time, and I was fortunate to arrive at the complex before 4PM. It seems that the museum is the last stop for most guided tours as galleries were crowded on that afternoon. Entrance fee by the way is 15,000VND (around 0.7USD).

CH-47 Chinook and a M.48 A3 Tank right after the gate entice tourists to a short stop before continuing inside the museum. Smaller tanks and heavy artilleries can be found on the right side of the complex. Given a limited time, I left the area and continued to the main building to see its galleries.

War Remnants Museum has 3 floors and each having 4-5 galleries. The recommended path on visiting the galleries suggests starting on the topmost floor going down. Third floor houses the 1st to 5th galleries: Historical Truths, Requiem, Vietnam – War and Peace, Agent Orange in the War, and White Doves.

I went inside the first exhibit but it was too crowded with a group of students on their educational tour. Apart from the photos on walls, noticeable items are weapons used by the United States during the war. Some of the displays are 3.5-inch rocket launcher bazooka and a TOW weapon system, an anti-tank missile.

Same issue for galleries 2 and 3, I proceeded to Agent Orange in the War Gallery featuring a collection of documentary photos taken by Japanese photographer Nakamura Goro during the Vietnam War. The photos on the collection are really convincing in depicting the sufferings of the Vietnamese people during the war. Agent Orange, or Herbicide Orange, was used by the US Military to eliminate forest cover for the North Vietnamese and Viet Cong troops including the crops that might be used as food.

The chemical that was sprayed on hectares of lands affected the lives of millions of Vietnamese and left a scar that will forever remind them of the war. Agent Orange has a genotoxic effect not only affecting the residents who were contaminated but also the next generations after them. Birth defects were also common after the incident like the birth of the conjoined twins Viet and Duc. 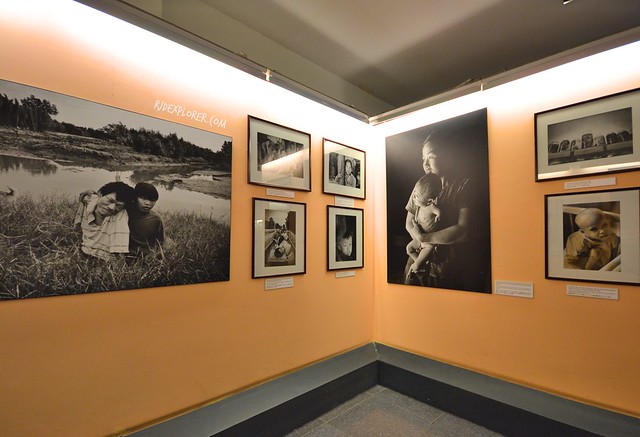 Exploring further and visiting one gallery to another, I felt emotional looking at some photos of innocent people who were forced to surrender or yet, were killed. One of the photos on a gallery shows how the entire Binh Duong Province went under the dark forces after the US policy “burn all, destroy all, kill all” in September of 1970. Other galleries continued to narrate every bits and pieces of the war.

Sections of the second floor include the War Crimes, Consequences of Agent Orange During the American War in Vietnam, a Cinema and a meeting room. The ground floor on the other hand documents on how the world supported Vietnam’s resistance. I took another loop around the galleries on the ground floor and finally decided to leave the museum. It was a swift visit, I know.

Going back to Ben Than Market for the buses back to District 5, I passed by Tao Dan Park. A garden on the park has a water fountain surrounded by a plenty of colorful flowers. Towering trees also shade some areas of the park where locals stay to rest. A tiny temple is also located in the middle of the park. From Tao Dan Park, I just weaved the streets back to Ben Than Market bus terminal.