We’re lucky not to be part of the dinosaur periods having no worries about horrifying monster lizards that might squash us on the ground with a single step. But we’re so unfortunate not to experience seeing them alive, and rumbling. I’m not fascinated with dinosaurs but I remember having about 3 dino toys when I was a kid.

On my way to Baguio City, I noticed a new attraction on the left side of the highway (after the tunnel) in Badiwan, and decided to visit it the next day. Baguio Eco Park started to operate few months ago and has three main attractions: the Tuba Science Museum, Holy Land and the Dinosaurs Island. I was scheduled that day to explore the sanctuary of the terrible lizards. 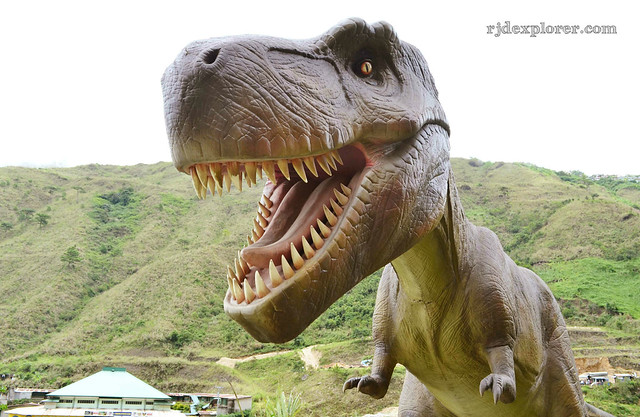 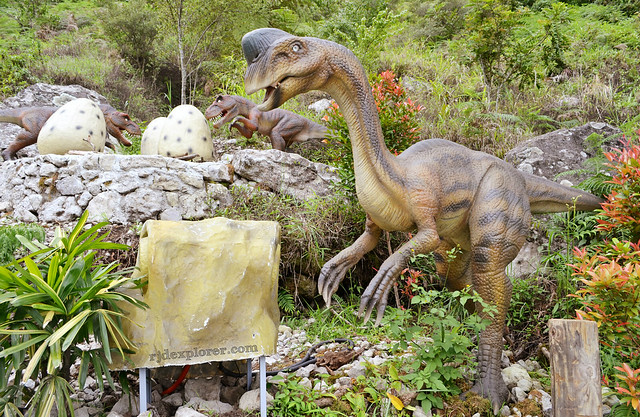 The huge welcome sign replicates that of Jurassic Park’s movie logo to highlight that dinosaurs are indeed scattered anywhere in the area.  A Brachiosaurus, one of the tallest and largest dinosaurs yet found, welcomed me on the dino trail. Every dinosaur replica is connected to a sensor along the way making it move and roar everytime someone passes by the feeler. 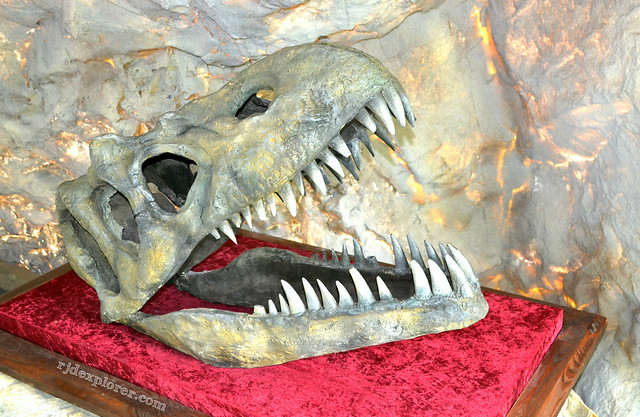 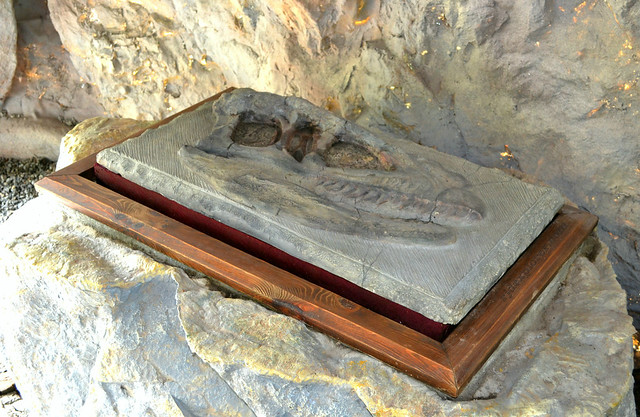 Skulls of Yangchuanosaurus and Allosaurus.

It was then followed by three Deinonychus; agile, bipedal, and bird-like dinosaurs, Iguanadon,  Albertosaurus (a relative to T-Rex), and a cave housing neck bones of Omeisaurus and skull of Parasaurolophus. The trail continued with the Carnotaurus (Greek for “meat-eating bull”), and the Oviraptor (or the egg robber). 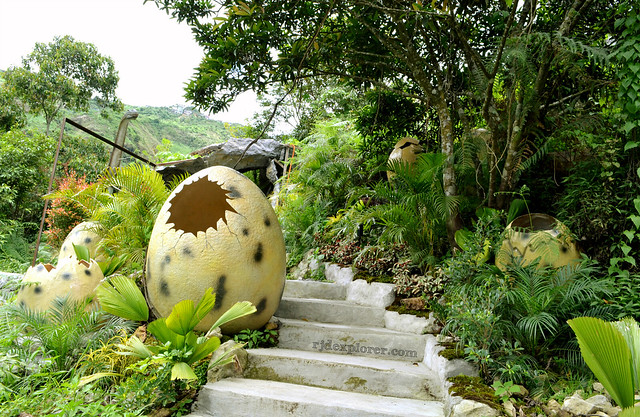 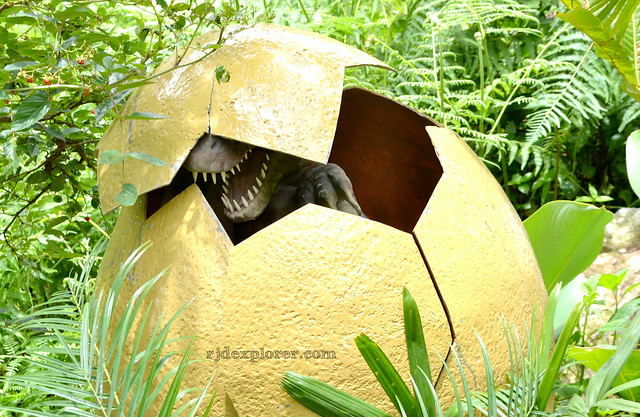 Before the largest item in the park, the Tyrannosaurus (T-Rex), you will get to pass by a parrot-like dinosaur Psittacosaurus, and another winged-dino. After the rumbling lizard king, are numerous dino eggs, with some of them already hatched, can be used for a photo-op, while others still have a baby dino in it that will emerge when you triggered the sensor. 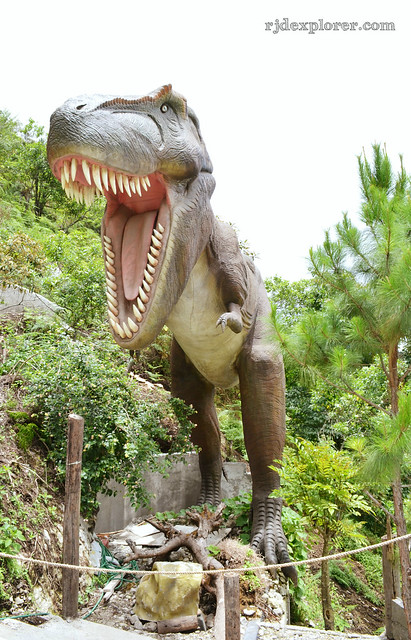 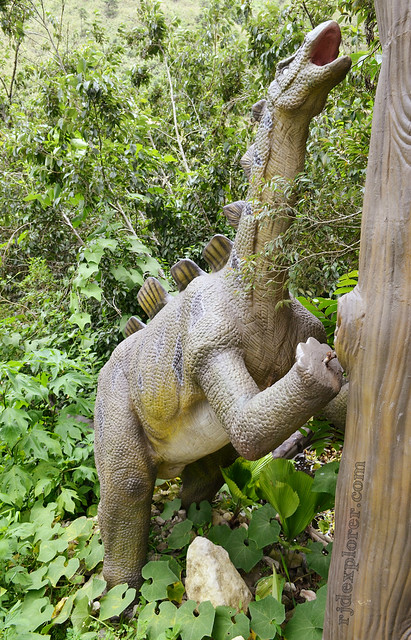 Further down on the dino trail is a Wuerhosaurus having rounded plates on its back, another cave that features fossil eggs of Protoceratops, toe bones of a Shunosaurus Lii and the long-necked Mamenchisaurus. The trail was ended by another Tyrannosaurus.
Dinosaurs Island was settled on the slope of a mountain but the whole eco-park on a valley between towering mountains. 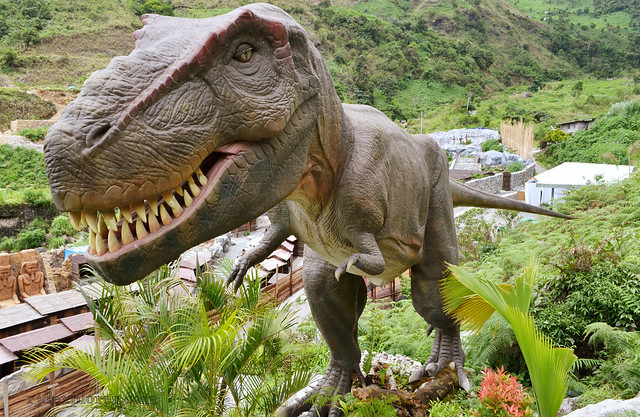 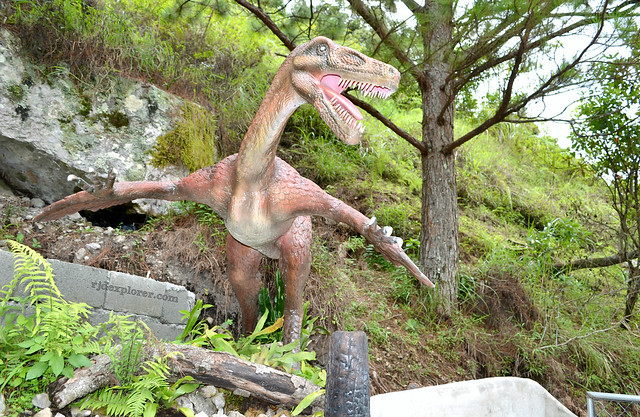 I was amused by the activity since I was able to see them not as small toys but larger replicas that are moving, and also roaring at the same time. To finally end the Dinosaurs Island tour was a presentation of the dino mascots (sort-of) where they danced while the kids, including the kids-at-heart, enjoying every witty dino move. 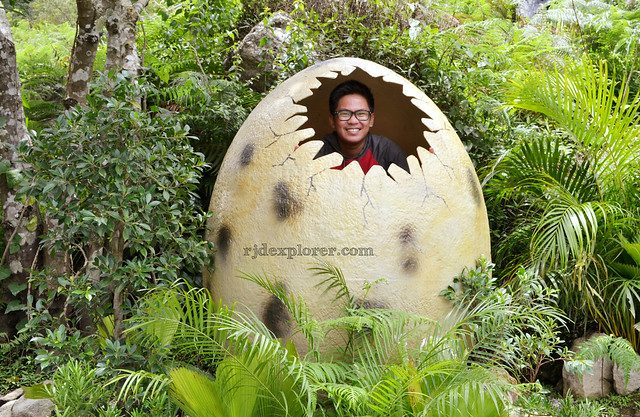 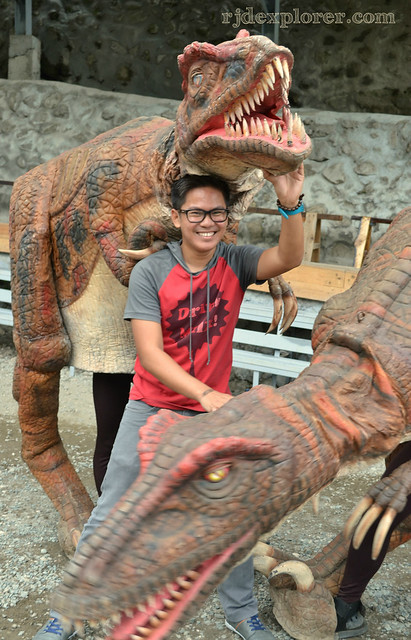