Bislig City is around 40 kilometers away from Hinatuan. The distance is too long if you’re just on a motorbike. The weather went well that afternoon after a short tour in Hinatuan and a brief lunch break in an ordinary barbeque house in Hinatuan, we traced the Surigao – Davao Coastal Road for us to reach Mangangoy, the largest barangay unit in the Philippines and location of Tinuy-an Falls, in Bislig City, Surigao Del Sur. 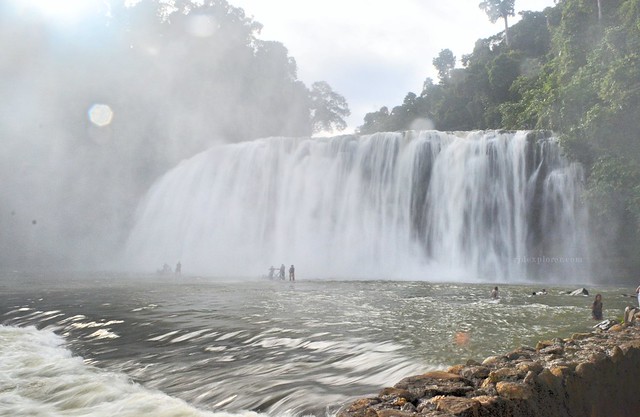 Harsh winds frantically slapped my face from the long motorbike ride from Hinatuan to Bislig City. Burning sensation on my butt cheeks wasn’t a joke anymore and I kept on switching from one side to another to somehow ease the feeling. The hurdle didn’t end when we saw the large signage to Tinuy-an Falls, an arrow with “15 KM”.

Unfortunately, the road to the falls was really rough and bumpy. It took us several minutes before reaching Tinuy-an Falls from the highway. The dusty road passes by a lake with a name I don’t know, some residential compounds, and a bridge still under construction. Some parts of the road were shaded by trees, and some were steep that we needed to lean forward for our motorbike to ascend the road.

We sashayed the last leg of the road and saw a lot of parked motorbikes and vans, a sign of relief we’ve waited for so long. From the entrance, prior to paying the Php50 entrance fee, we could already see how raging Tinuy-an Falls was on that day. The nonstop rain from dawn to early morning gave the falls tons of water to unload. The spread of gushing white water on viral photos of Tinuy-an online appeared in-front of us as a latte-colored waterfall. 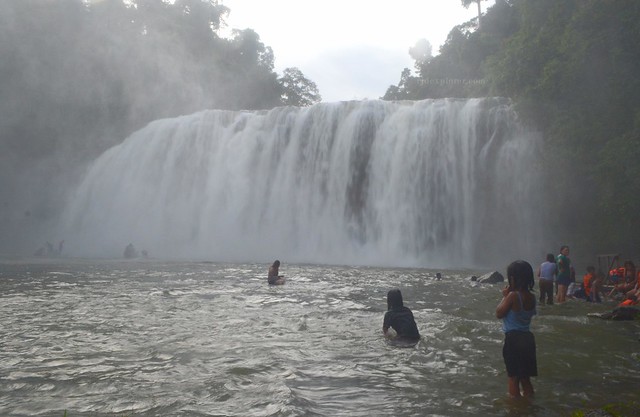 The idea of riding the raft and go under the surging water from the falls didn’t cross our minds because we can assess how strong the waters even from standing a hundred meters away. The plan of taking the trail to the next tier also wasn’t realized as we prioritized our safety. 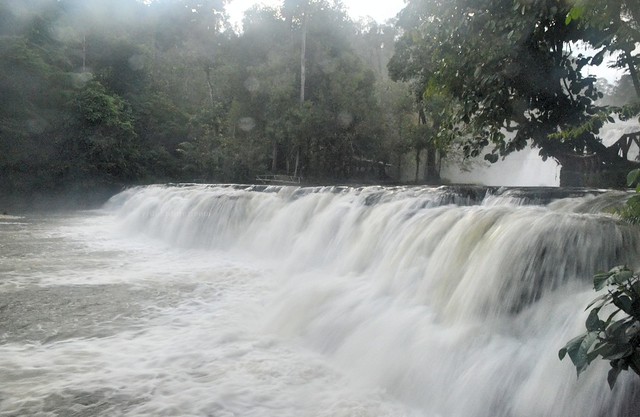 Continuously wiping the lens of my cameras for a decent photo of Tinuy-an Falls, aside from sharing travel experiences and plans, was the only thing we did on our stay on the destination. Tatay Toto of Marky’s Hostel mentioned that during summertime, when the water is not that much, you can actually see rainbows from the droplets of water being sprayed by the waterfall. This made me decide to come back in Tinuy-an on a different season.

When we pleased ourselves by taking photos of Tinuy-an Falls, we met our driver and went straight to International Doll House for a side trip in Bislig City. As usual, the ride back was as rough as the first one. The dollhouse is located atop of a hill and you need to survive a stair having hundreds of steps. The small room houses hundreds of dolls from different parts of the world. Temperature is a bit chilly inside the room to secure the dolls as some of them are made of wax as per the guide. 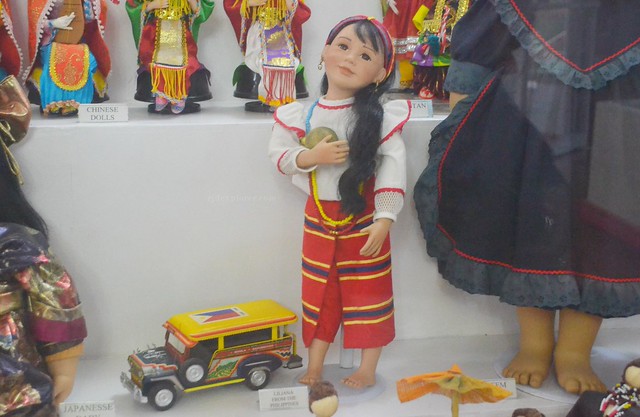 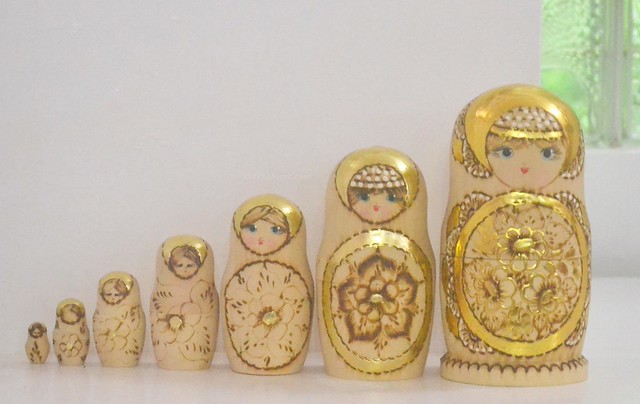 The dolls were grouped into Barbie’s International, European, Russia, Asian, Collections and Fairy Tales, Classical, and some Clowns and Stuff Toy. Groupings were enclosed in glass panels to avoid visitors touching them as the dolls are expensive, like hundreds of thousands worth. As per the in-house guide, Mrs. Ruelaine started collecting Barbie dolls way back in 1980 and her present collection of Barbie occupies 5 rows of one of the booths of the doll museum.

During the tour, the guide also mentioned that some dolls, those depicting a prominent person in the past, like Anne Frank, are legit. When asked how a doll is being considered as genuine, he said that the doll should have the hair and nails of the person. Somehow creepy but it’s one of the bases for doll makers in the past to be tagged as real ‘doll makers’. Apart from the dolls, Mrs. Ruelaine’s husband also started collecting miniature Cadillac cars, and Ducati bikes. 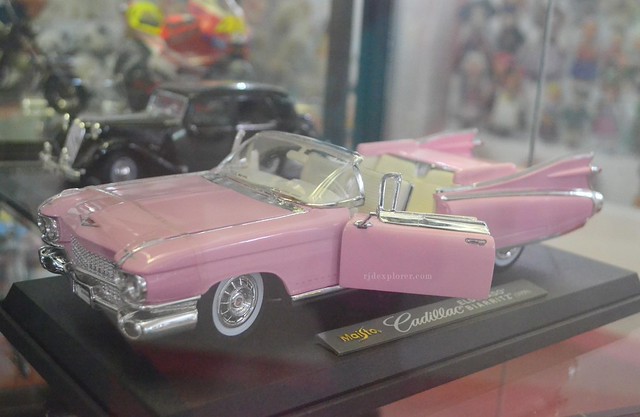 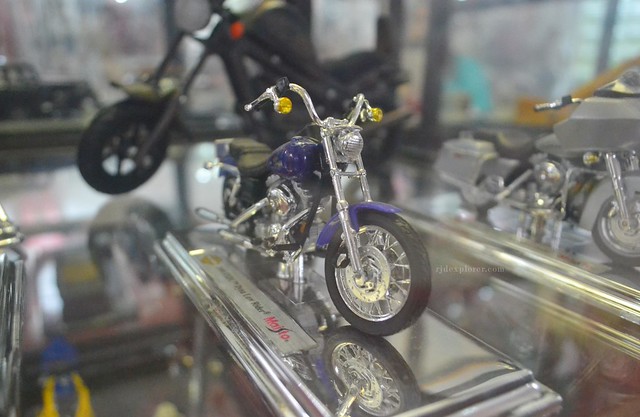 There’s a question and answer portion during the tour where you can ask the guide the most expensive item in the collection, the oldest item, etc. But because of information overload, and having no journal to write down the details, I can’t enumerate everything. By the way, each doll in the Barbie collection has its own passport. How about that? The present number of items in that room is only a part of a larger collection of the owner. They’re still in the process of expanding the room for the entire collection to be shown to the public. 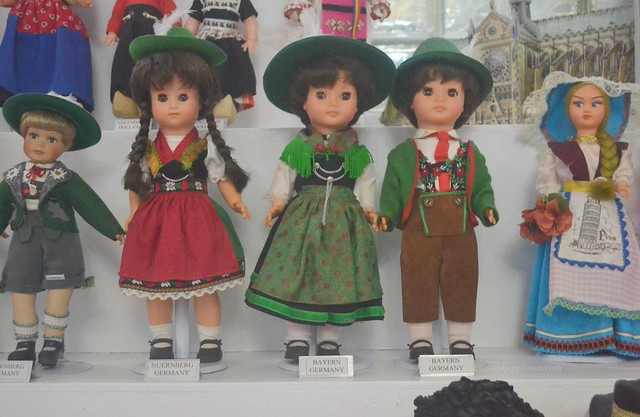 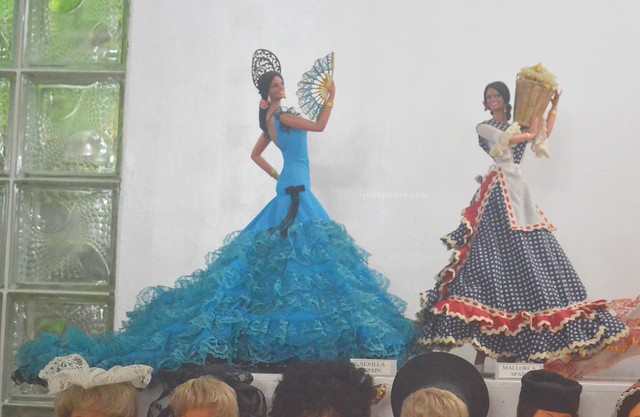 After appreciating the dolls, we continued our stay in the area by visiting their restaurant, Ocean View Restaurant. The guide promoted the restaurant by convincing us that they offer delish meals at very affordable prices. The restaurant also offers a sweeping view of the largest barangay unit in the country, Barangay Mangangoy, Bislig City. 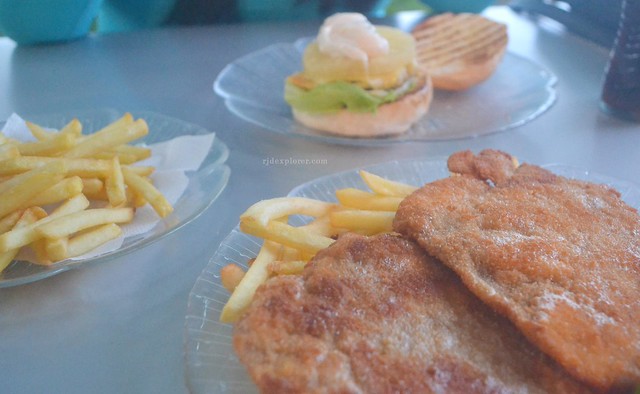 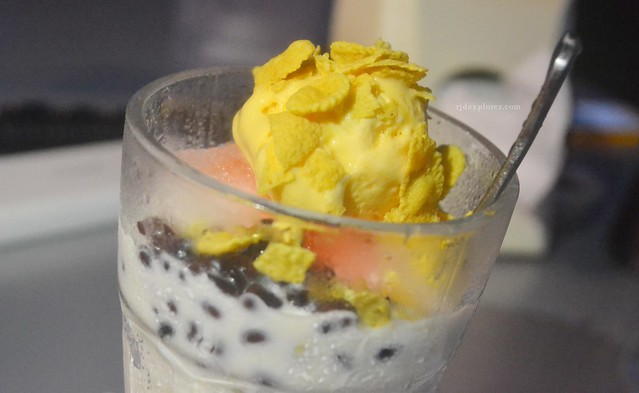 The option includes burgers, rice meals, and desserts. We tried the Hawaiian Burger, Schnitzel with Fries, and their Halo-halo. Service was a little rattled; food was served after numerous follow-ups, and utensils and condiments are not given at the same time.

It was already 6PM when we left Ocean View Restaurant and yet we still decided to drop by Bislig City’s boulevard. Our uncomplaining habal-habal driver let us took photos on the colorful I Love Bislig sign before conquering the dark roads back to Hinatuan, Surigao Del Sur. 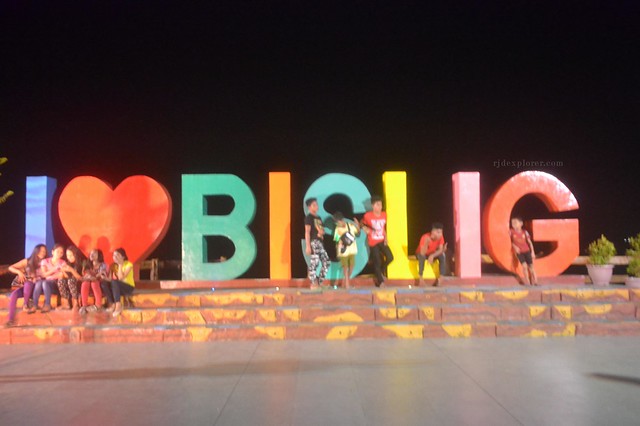 The afternoon ride to Bislig City was uncomfortable because of the long travel. But the tourist attractions you can visit in a short span of time are really worth your time. With Tinuy-an’s might on our visit, I might consider visiting the waterfall again to see its meek state.