As always, we were laughing and throwing jokes inside the van on our way to San Luis, Aurora for a visit to Ditumabo Falls. We just had a hearty breakfast courtesy of our in-house chefs; JD and UJ, who prepared some fried rice, hotdogs, corned beef, and tuna and cheese omelets. We were ready to conquer the nature spots of Baler. 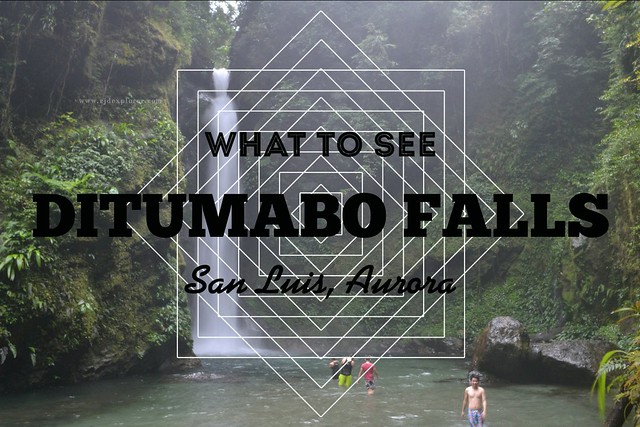 “Why Ditumabo Falls is also called the Mother Falls?” I randomly asked Kuya Andres, our guide, during the leisure walk to the famous falls in Aurora. He answered that a mightier falls, not yet accessible to tourists, can be found on the upper cascades and is the Father Falls. I silently laughed and didn’t manage to contain the scene. I just swayed my head from left to right when a local, at a bamboo bridge along the way, told that a falls nearby is the Baby Falls. I’m not sure if they were really joking or telling the truth. 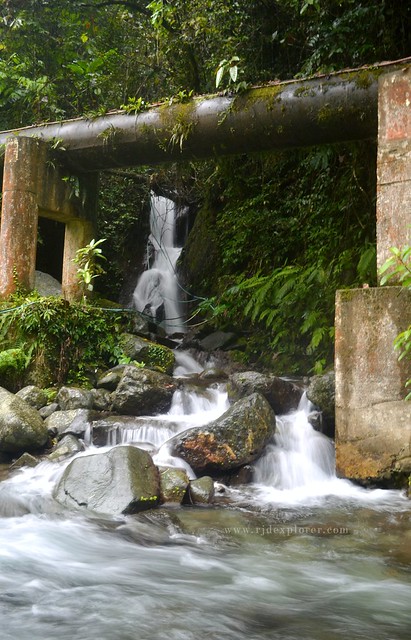 We started the short walk and was informed to prepare for an almost 45-minute trek. Yet we found ourselves walking for almost an hour. We started around 6:30 in the morning and ended in Ditumabo Falls around 7:30. The walk spanned for 1.3 kilometers, if I remember it right. Signages are available to update your distance from the waterfall. 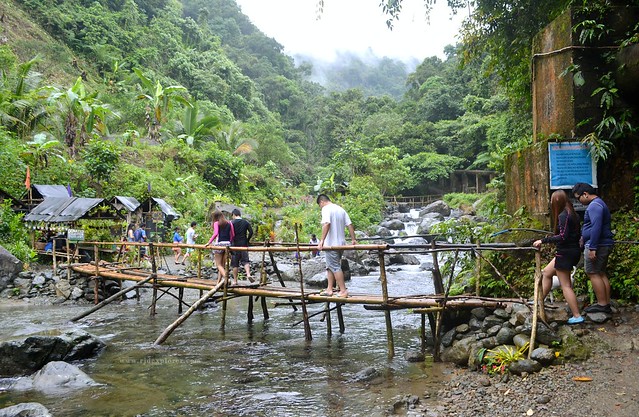 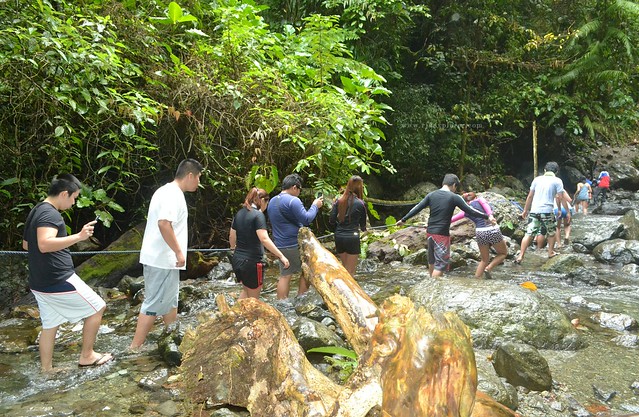 The gang on the way to the falls.

The leisure trek to the falls also includes some bamboo bridge and river crossing. It’s not that tedious as the most part of the trail is flat. The things that make it uneasy are those white waters that bring difficulty on the river crossing, thanks to the ropes you can grip on. You also need to be careful with the slippery rocks in hopping from one to another. 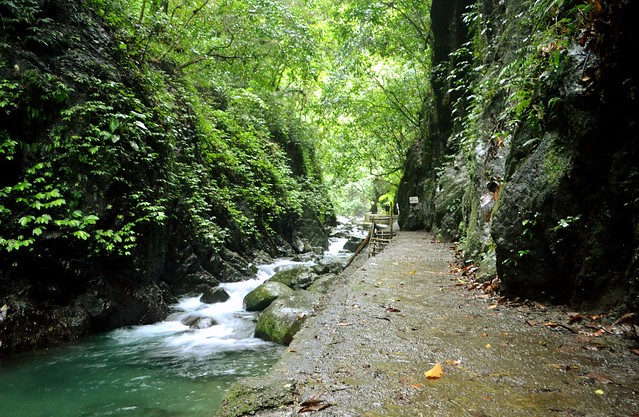 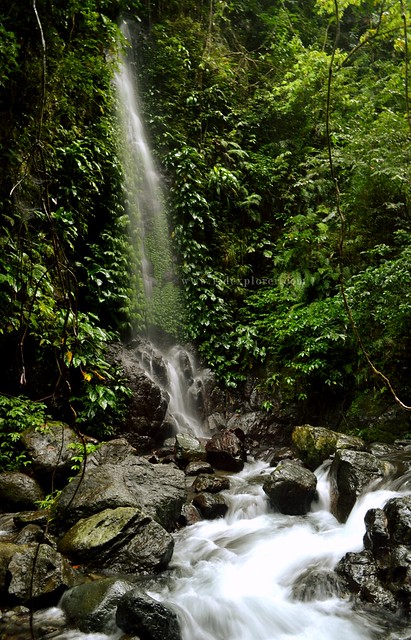 Walk-in-the-park part of the trek.

After three bamboo bridges, and two river crossings, we reached the paved path to the falls. The waterfall also serves as the main source of the reservoir that’s why some developments were evident in the area.

The next part of the trail is a walk-in-the-park. Another waterfall is also visible in that part of the trail. After that, you can already hear a gushing sound of water from a height that indicates that you will be reaping the hardships you endured, to see the Mother Falls of Baler with your bare eyes. 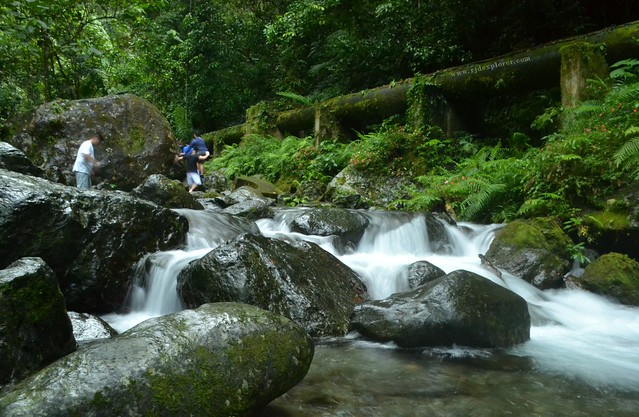 But before that, cascading water from the basin of the falls will welcome you. A friend hilariously did a comedic moment and tried to assert that she spent almost an hour just to see that one, the waters flowing on a cemented spillway. The guide reacted immediately and calmed her saying that it’s not the falls. They all chuckled when she revealed that she was just joking.

The trail, which is 1.3 kilometers, was conquered for almost an hour. Our reward was the 140 feet high Ditumabo Falls, majestically pouring its waters on a basin where you can have a cool and invigorating dip. It was 7:30 in the morning but there was already a crowd, a sign that summer already tickled everyone.

Mother Falls is comparable to Tappiya Falls in Batad, Banaue, Ifugao due to the congruity of their forms with the one in the highlands higher compared to the first. First time of plunging in the water will really bring jolts and sizzles as the water is indeed very cool. Staying there for a minute or two plus submerging your head in the chilly water will delight you and make you enjoy the moment.

Since we still have a lot of ecotourism to explore, our guide notified us to leave so we can accommodate all these destinations on our itinerary. We instantly got out of the water, took some snapshots of Mother Falls and left the area. Going back to the origin, we met a lot of groups on their way to the falls. It is a clever idea to have the trek to Ditumabo Falls first thing in the morning when the area is not yet crowded and the sun not too intense.