The light rain, while our plane lands on the runway of Tacloban Airport, brought qualms in visiting the first item on my schedule that weekend. It was my first time in Eastern Visayas region and paying homage to San Juanico Bridge, the longest bridge in the country, was the first thing I planned to do. Not just simply taking a picture with the bridge on the background, but to walk the whole stretch of it. 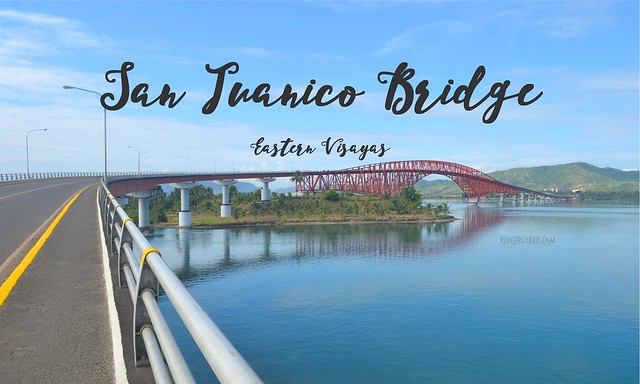 The jeepney commute available from the airport goes directly to the Tacloban City Land Transport Terminal located in Barangay Abucay. I searched for the van heading to Basey, Samar and I was the third person to join the people inside the vehicle. We still needed 13 passengers for the van to leave and with this, I already expected for a longer waiting time. After fifteen minutes, we were already 8 and another 4 passengers arrived after 15 minutes. We still needed 4. 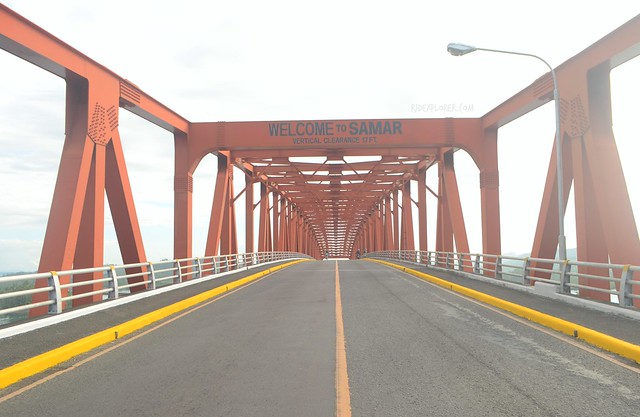 The waiting game really tested my patience and I was glad that the driver decided not to complete the 16 passengers needed. The 30-minute ride from Tacloban City to San Juanico Bridge cost me Php30. Still groggy, I had a power nap in an uncomfortable way inside the van. I was awoken by the shout of the driver informing the lone traveler that it was already San Juanico Bridge. 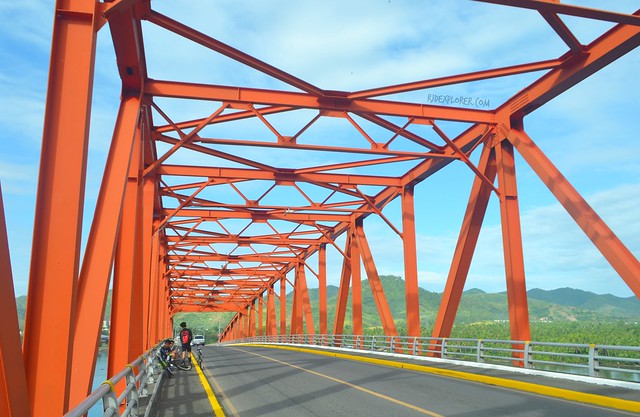 San Juanico Bridge is the longest bridge in the country connecting the islands of Samar and Leyte. The almost 2.2-kilometer bridge is part of the Pan-Philippine Hi-way and was built in 1973 over San Juanico Strait. The iconic viaduct was built under the Marcos government with a total budget of $21.9 million dollars. The bridge is a collaboration between Filipino and Japanese engineers and a gift dedicated by Ferdinand Marcos to his wife Imelda. 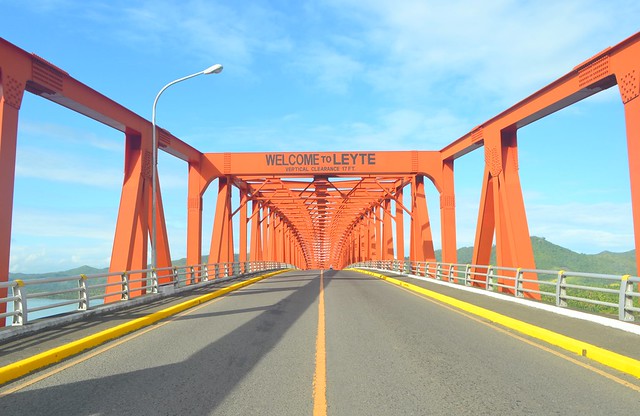 That scene of walking towards the bridge was a moment of realizing a childhood dream, to finally visit and see the longest bridge in the country that I usually see on history books when I was younger. I read a marker located on the roadside with its first paragraph states, “This shall symbolize the unity and love that binds the north and south into the Filipino nation”, before continuing the slope to the steel-canopied part of the bridge. 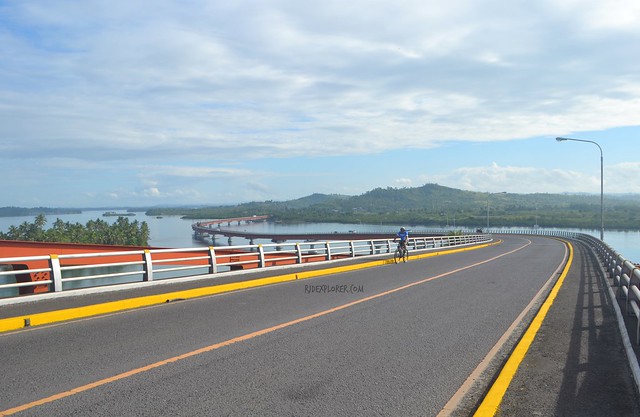 The sun started pulling its way up when I continued walking towards the bridge on a slow pace. I momentarily sense the moderate shakes being created by the speeding vehicles passing by. It just took me a short while to ascend the initial slope of the bridge on the Leyte side. I wasn’t the only one crossing the bridge on foot, but I was the only fool traveler with a bulky backpack traversing the symbolic landmark of the region. 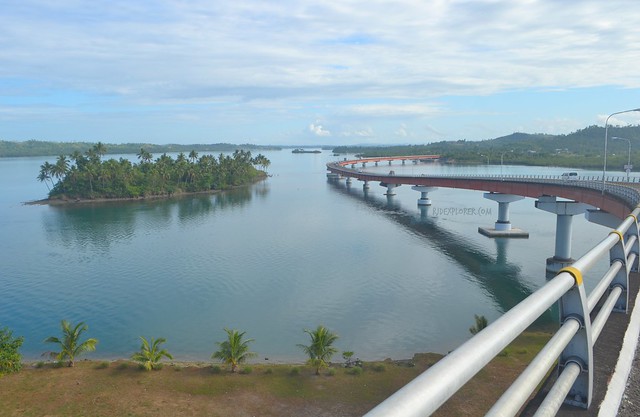 When I was young, my dad was asked to attend a national convention related to agriculture and the venue was in Tacloban City. He mentioned that he’ll be visiting the famous bridge and it was depressing to know that he can’t tag me on his trip. Few decades after, I was already standing in the middle of that famous bridge, appreciating and taking delight with the picturesque view of its surrounding and the waters below. 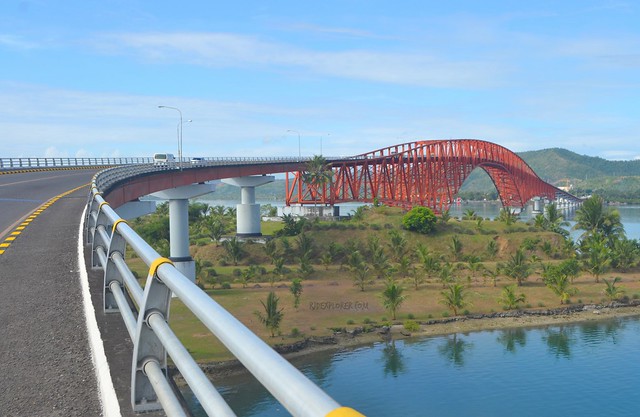 Freezing the vehicles passing by together with the bridge’s truss painted with red that turns the whole structure into a striking tableau that is being maintained by the nicely blue-hued sky on that Saturday morning. There were times when there were no vehicles and it enticed me to get to the center and take a swift photo. It was dangerous so please be extra cautious and ask your companion to spot for incoming vehicles. 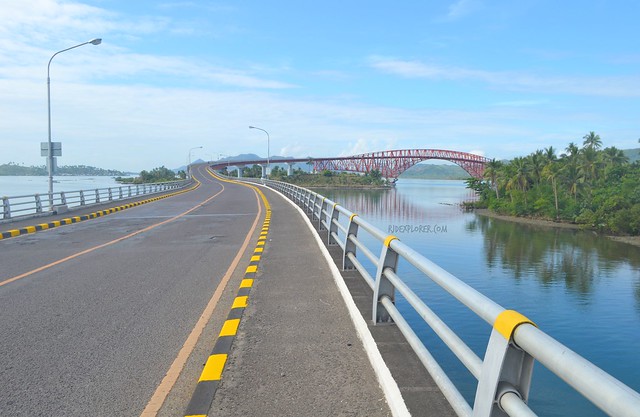 Most tourists spend their time just staying on the Leyte side when visiting San Juanico Bridge. But I find the view of Leyte from the Samar side more charming when photographed. From that side, you can see the winding bridge plus the islets nearby. I continued my walk until I reached the end of the bridge and arriving in Santa Rita, Samar. The walk took me an hour including the stops taking some photos. The experience again ticked one item on my Philippine bucketlist.