Summer is synonymous to a getaway especially if you’re in Cebu. The original plan was Kalanggaman Island in Palompon, Leyte then circumstances brought it to Camotes Island, and then changed to Bantayan Island. We really have a lot of options. Around 2 in the morning, we were the only group messing inside a bus bound to Hagnaya Port, the gateway to Bantayan Island. It was a non-aircon bus so you can blame us for having no motivation to sleep. 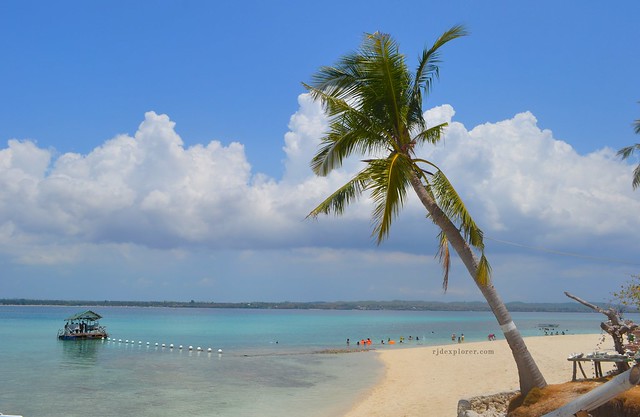 A quick meal at some random eateries in the port became a satisfying breakfast for some members of the group while waiting for the schedule of the ferry to Bantayan Island. After settling the Php160 fare and the P10 terminal fee, we found ourselves snoring inside the air-conditioned cabin of the ferry. 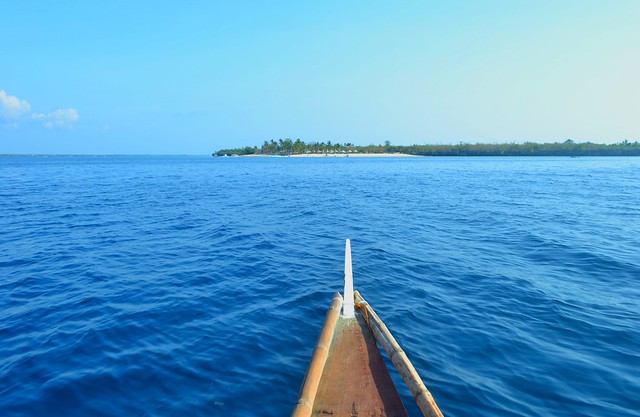 Fast forward. On our second day in Bantayan Island, we chartered an outrigger boat for an island hopping activity, Php1500 for 15 pax. We had no idea in mind as to how many other islands are accessible from Bantayan. So we just hopped on the boat and gave the control to our boatman. First stop, and actually, the only island we visited, was Virgin Island. 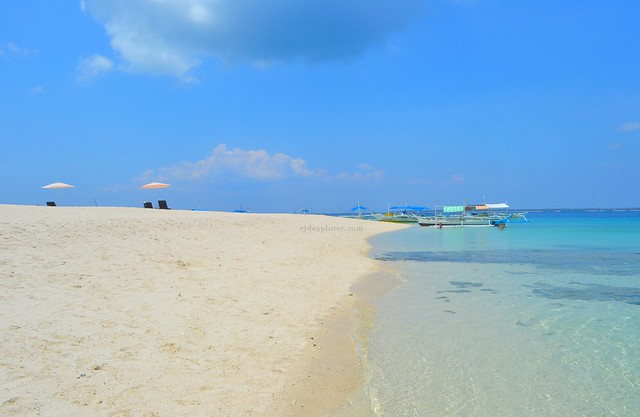 Entrance fee is PHP500 for the first two persons and additional PHP100 per person. Rate is a bit steep because the island is privately owned. We were able to settle the fee as well as a cottage for our stuff. For the cottage rates, they have different sizes and it’s better to approach a rude staff for you not to be surprised by the fees. 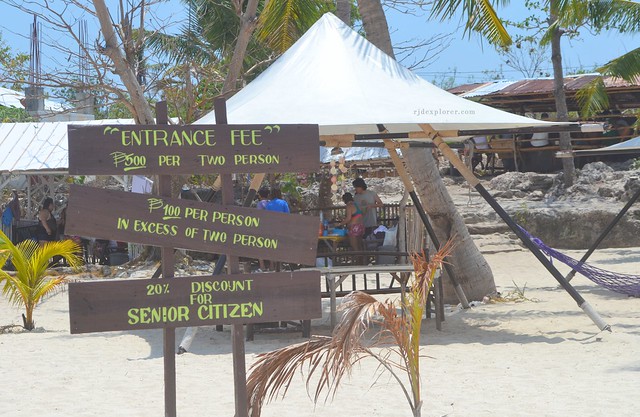 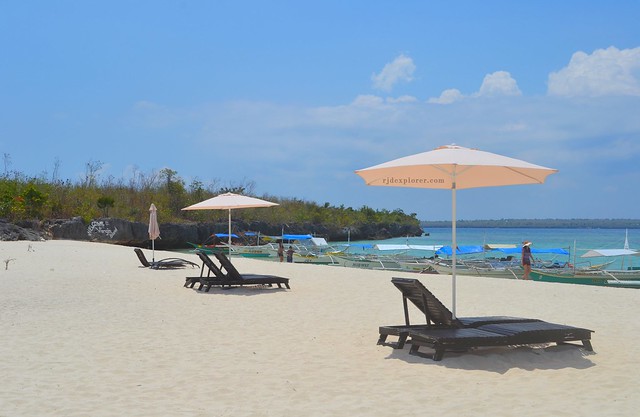 With its name, we were too curious to know why it was named as such since we didn’t see any sign for it to be considered unspoiled. The only things we noticed were cottages, wooden chairs shaded by summer umbrellas, and poles having flags that spell Virgin Island. 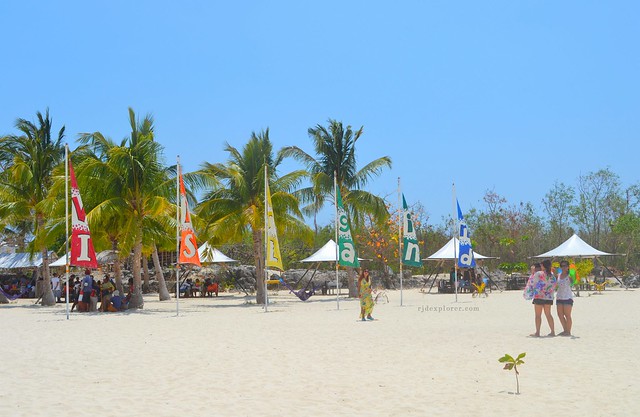 For us to enjoy the entrance fee we paid, we went out of the comforts of our cottage and started swimming on the sparkling, clear waters. We started to appreciate the beauty of the island with the fine sand and the inviting waters. A few meters from the shore were fishes of different kinds swirling on some corals. I took some underwater photos of the fishes when another group of tourists started to feed them with bread. 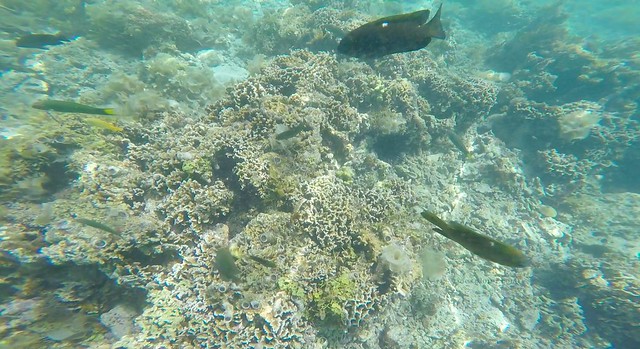 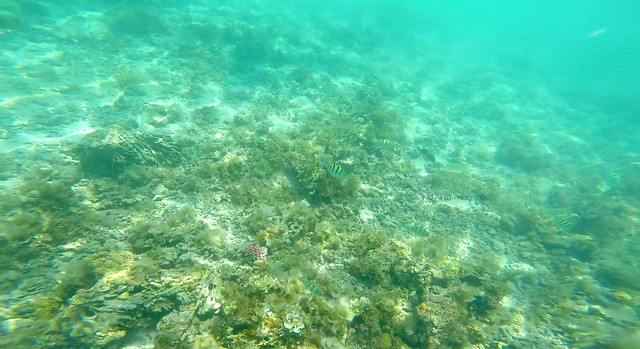 On the rear part of that side of the island is a wider sandbar for some folks who love to sunbathe. For others, you can grab some lounge chairs shaded by beach umbrellas to be your safe haven during the sunny escapade. We weren’t tried swimming on that part as most boats were docked in that area. Bringing food is also allowed but it was unfortunate for us to just bring bags of bread, and banana. When everyone asked for a heavier meal, we decided to leave. 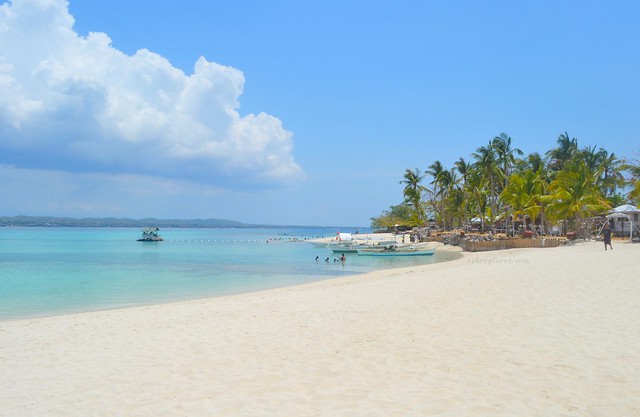 Our boatman mentioned another island prior to our Virgin Island visit but since we already enjoyed the first destination, we forgot to drop by. By noon, we were back on our accommodation in Bantayan Island and prepared to leave. The trip was a short break from the busy week and it was enough to expunge the stressful effects of city living.