Believe it or not, since I started working in Cebu City last June 2014, it was my first time to visit Cebu Taoist Temple. What’s weird was that I found it to be within walking distance from our apartment. A day before Chinese New Year, I was planning to do grocery on a Sunday morning and decided to drop by the temple. 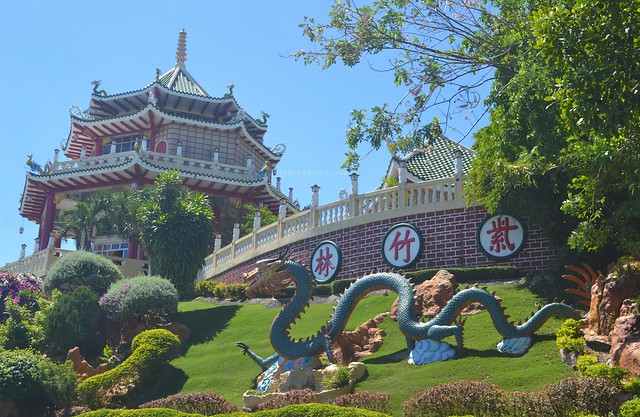 Cebu Taiost Temple is one of the temples in the area that is open to the public, devotees, and non-worshippers alike. A paifang, with its bright red pillars having some Chinese characters, welcomes every visitor in the temple. It’s not actually the entrance to the temple but meant for vehicle parking. The small gate, adjacent to the paifang, which seemed to trace the slope, will lead you to a gazebo that will again be followed by another set of stairs bringing you the main worship hall. 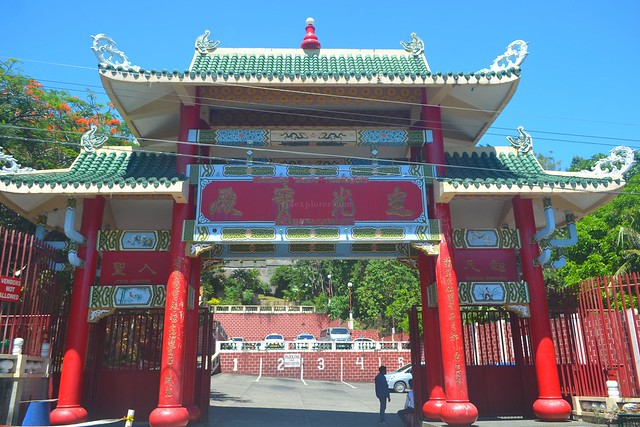 Same as other Taoist temples in the country, taking photos inside the worship halls is strictly prohibited. The complex serves as a meditation place for some believers so it’s also advised to observe silence and solemnity. These are being imposed to pay respect to the images and the sacred ceremonies being done inside the halls. 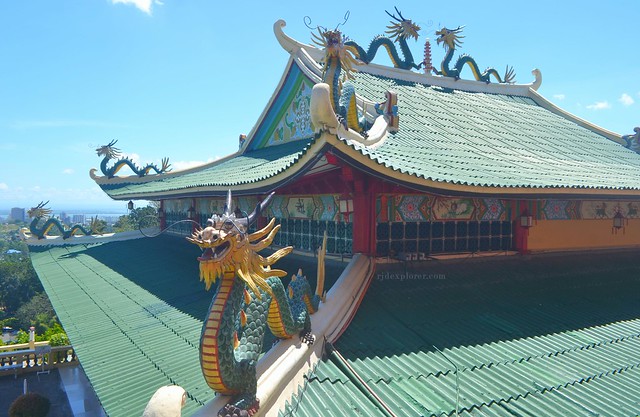 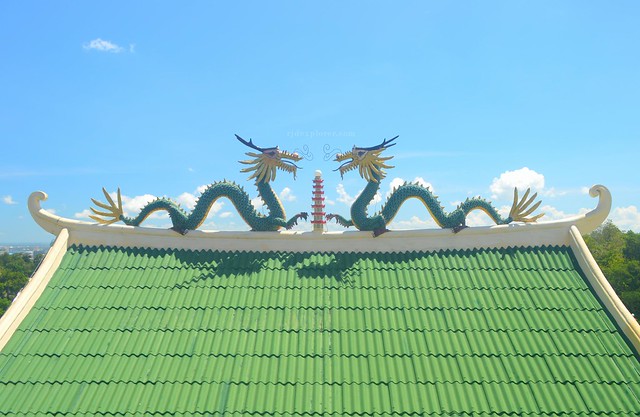 Dragon sculptures ornament the roof of most buildings with the belief that dragons protect buildings from fire. In addition to the dragons are small Komainu sculptures, the lion-like creatures, that guard the doorway of the prayer halls. 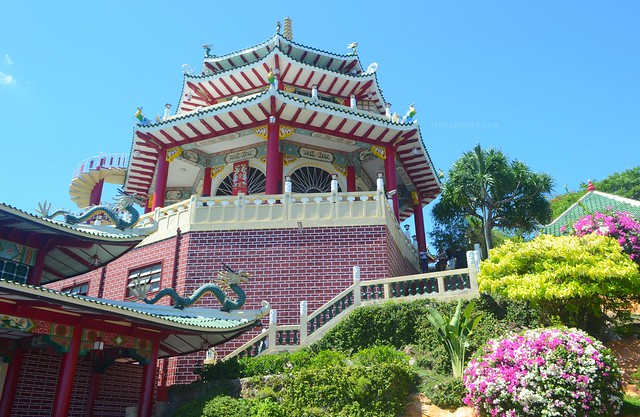 Climbing the stairs at the right wing of the main worship area will again lead you to a three-tiered pagoda. Another pagoda has a wishing well that lets visitors throw coins before making a wish. A larger dragon adorns the grass-carpeted garden on a slope. The pagoda on the background makes it a nice spot for some photo ops. On a bright day, the colorful pagodas perfectly blend with the blue sky. 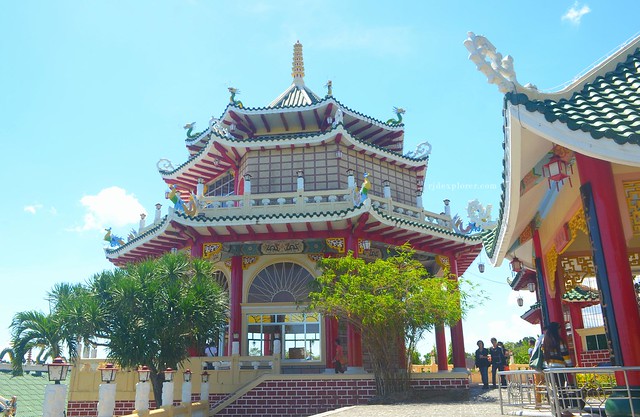 Some of the rituals being done by devotees in the chapels include washing of hands, going inside barefoot, and dropping two blocks of wood. They believe that if the blocks of wood both face up then one could make a wish. Worshipers also light and burn incense sticks that they raise while bowing to the statues. Since it was the start of the new Chinese Lunar Year, the hall on the left side of the main temple was already adorned with Chinese paper lanterns. 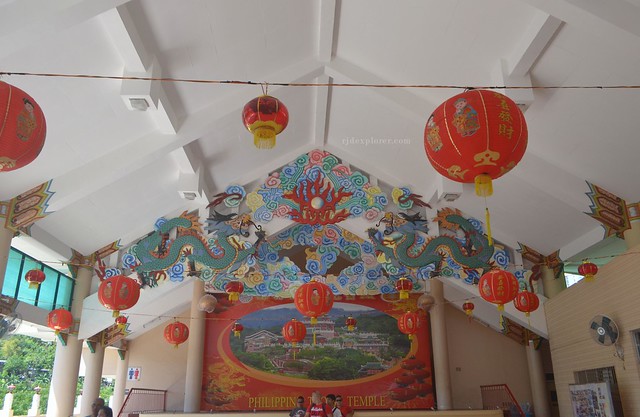 Cebu Taoist Temple is located in Beverly Hills Subdivision in Brgy Lahug, Cebu City. Aside from the picturesque temples and sculptures, Cebu Taoist Temple also offers a scenic view of the city, no wonder why tourists visiting Cebu include the destination on their itinerary.

HOW TO GET TO CEBU TAOIST TEMPLE

Cebu Taoist Temple can be reached easily by taxi from any part of Cebu City. For travelers planning to commute, make your way to JY Square Mall and from here, motorbikes (habal-habal) can bring you to the complex. 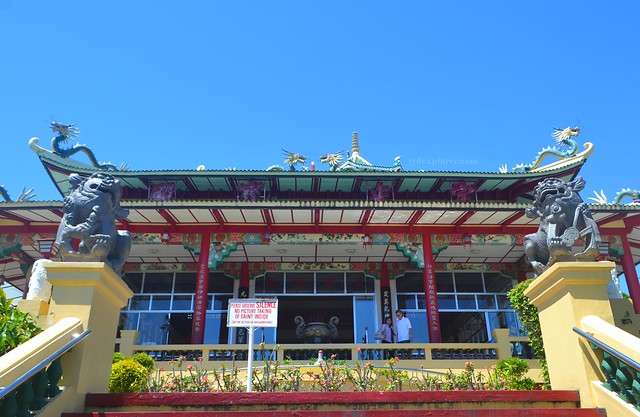 Cheapest way possible is to walk from JY Square Mall to Taoist Temple, just ask the locals for the street that leads to Cebu Taoist Temple (mention Sudlon as another reference). Take that street until you reach the main gate of Beverly Hills Subdivision, ask the guard on duty for the direction. It will require you 10 – 15minute walk to reach the tourist attraction. You can also do a side-trip to Sirao Flower Farm from the temple.